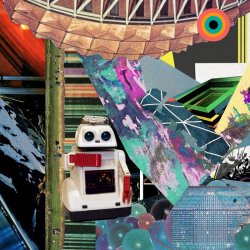 Russian label noname666 specialises in indie alternative underground noise rock, stoner rock and heavily psychedelic-influenced space-rock. Kiddy by Preetone is no exception. The polite accompanying description to "open your mind and become 5-year-olds" for duration of this album, does cover the overall concept. However this type of music is certainly not just a simplistic flip of the mind, to reach that untroubled uncomplicated state of mind. On the contrary.

The six individual stories, dealing with kindergarten themes such as playing, building and child interaction are brought with an expressive psychedelic feel, recognisable to me as Hawkwind’s Warrior On The Edge Of Time period on Treasures Fall, with the equivalent of symphonic parts by flute and keyboards now built from a wall of hypnotic guitars, bordering on shoegaze. Bricks brings on much the same, although met with lots of distortion and some mild acid rock.

The indistinguishable monotonous vocals, with lyrics in English, are mostly drowned within these organic sound-walls, jams and space-rock. The only time they are perfectly audible is on Token, which is a relatively mellow, laid back, krautrock track with exemplary bass lines. Diadam on the other end, is a bewilderingly-heavy shoegaze-dedicated track with frantic playing, and shows some menacing noise rock improvisations.

The late 60s psychedelic-inspired Safe And Sound, and to a lesser extent Maze Of 60 Ticks, have mutual effects with a slightly lighter touch and a pronounced, fuzzy atmosphere. Compared to their earlier work, this being their sixth offering, there’s a certain spacy lightness present which makes the music somehow easily accessible, but no child's play. Worth a trip, and a cookie and lemonade of sorts after. 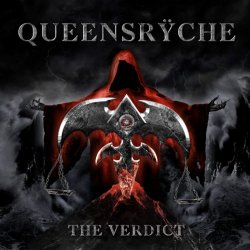 It is daring to name your album The Verdict, knowing full well that critics will almost certainly judge the album in comparison to Empire and Operation Mindcrime. It is however pointless trying to compare, as especially the latter album raised the bar to such extreme heights, it would take a miracle to get a good verdict in comparison. Looking at this as the third album by the "new" Queensrÿche, and forgetting about their past output, puts it in a whole different perspective. And a good one at that.

With Scott Rockenfield on hiatus still, it’s Todd La Torre handling drums and he does a fine job at it. Subtle differences can be noticed in his style compared to Rockenfield’s, but he has been paying close attention towards that style and manages to give the same feel, rhythm and intensity to the tracks. it is an intensity he also delivers on vocals having regained youth and sounding forceful, melodic, occasionally angry and reaches some stunning high notes, perfectly blending into the recent aggressive sound of Queensrÿche.

Eddie Jackson on bass still creates deep foundations upon which Michael Wilton and Parker Lundgren lay down solid riffs, playful harmonies and gracious guitar lines and solos. The heavy melodic (modestly) progressive tracks all have a different appeal and sound comfortably familiar, to reveal distinct subtleties after numerous listens. And contrary to earlier albums, almost each track featured is interchangeable to the next in quality and strength.

Some memorable moments pass by, with the beautiful ballad Portrait, the menacing Man The Machine, the progressive Dark Reverie and the unequalled Launder The Conscience, which ends with an unsuspected symphonic coda surprise.

Amongst this bravery, the remaining tracks stay within the confines and atmosphere explored on their Rage For Order and Promised Land albums, with some sidesteps to their debut album from 35 years ago. Without a doubt this album is the best one yet in this formation, sounding lively and revitalised. I dare to think that if this had been the successor to Rage For Order, instead of that brilliant phenomenon all those years ago, no one would have complained. So no need to complain now. Just enjoy.

And in case you need more, then the limited 2CD version including bonus tracks and live renditions, might do the trick. It comes with a free bottle opener as well. Cheers! 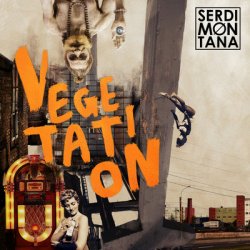 Although Serdimontana are new to the DPRP, this is their third (relatively short) album. Their own description of their sound includes progressive rock (OK, some song structures touch that field), trip-hop (fortunately, for my ears, I did not hear that) and neo-jazz (say what?). They also state "No monotony". Well you need some of that to get a hypnotic atmosphere, and like Hawkwind's music, that’s not a bad thing per se.

Is this a Russian version of Tame Impala? It's got that hypnotic tendency from The Doors, but less heavy and not as dark. Serdimontana are lighter, brighter, happier than that.

There is some out-of-place rapping at the start of Jungle City, and a trumpet giving the next track a jazzy feel, but the underlying music reminds me of Talk Talk.

It sounds less electronic than current Tame Impala (I prefer their early work) and therefore more organic. Production is good and clear.

Next To You and Mysterious Power have heavier, more powerful sections and are therefore more interesting to me, but that's a personal thing of course. Simply put, if you like Tame Impala you should have a listen. 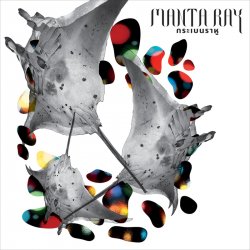 Snowdrops is a French-based keyboard duo consisting of Mathieu Gabry and Christine Ott (Tindersticks, Foudré) who have released a motion picture soundtrack to Manta Ray, a cinematic art-film by Thai director Phuttiphong Aroonpheng. It is a mesmerising movie experience, thematically dealing with the void of humanity through the story of a fisherman and a nameless stranger, and has already been compared to Alfred Hitchcock’s Vertigo.

The soundtrack as a stand-alone release, without having witnessed the movie, is a completely different affair as to the optimal, intertwined combination of the two. Judging from the film-promo, the minimalistic, ambient, avant-garde soundscapes generate exceptional depth and darkness to the scenes and add surrealism, drama and mystique to the tale, thereby leaving ample of room for further interpretation.

On its own merit, several tracks can be seen as luscious tales of deep dark waters, spacious tidings and widespread plankton-ian aquatic emptiness, in which a giant manta ray intricately glides amongst whales, dolphins and shimmering, tropical, rainy waterfalls. The daunting and haunting opening sequence interacts gracefully with highly picturesque, natural, quiet storms, and flows with melancholic, moody, suggestive impressions of vast oceans, through the use of hypnotic synth and classical piano.

Amidst all this enchanting beauty, the unsettling electronic passages, auditive experimental tracks and folklorist sounds pull the overall concept out of its context, and one needs the accompanying movie to fully grasp the soundtrack. Overall a lovely and refined painting, recommendable for Brian Eno enthusiasts. 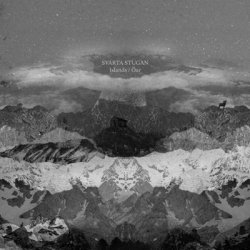 This is the debut album from Swedish band Svarta Stugan (The Black Cabin). Their previous release, an EP, was reviewed on DPRP (Aspects Of Our Future Selves). Since then, it appears they've added a musician but have not changed the description that tells of their influences: the Twin Peaks and Bladerunner soundtracks. They didn't re-invite the saxophone player that my colleague was not happy about in 2015.

Cinematic is key here. Firmly under the post-rock banner, though not following the rather formulaic approach. Sure, we have slowly building structures, but there's more rock vocabulary in use, giving a broader scenery, painting different pictures. There's a touch of Sigur Rós but it's a bit darker, which I happen to like, and even bits that are scary.

Not the soundtrack for just one movie. Especially the final track which is the most diverse, portraying elements from all genres, sub genres, and styles mentioned, but on the whole, this is more than just about a single mood or scene.

Only the middle part of Inner Space was a bit too long for me, reminding me of the break in 2001: A Space Odyssey in a funny way. The second, spacey half of the song makes up for that though.

Overall, the album is not something you can use for background music or a quiet last album before turning to bed. Too weird, too scary. Check it out, I'd say.

And check out the simple but nice game, designed beautifully in the same style as the album cover, on their home page!

Twilight Fields - Songs From The Age Of Ruin 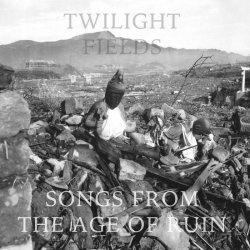 Canadian band Twilight Fields has a message, and not one of joy. Telling listeners who maybe looking for party-rock to look elsewhere, couldn't be more justified, for they offer a saddening insight into our world which is far from utopia. Songs about homelessness, bombings on Hiroshima and mankind's unnatural interference on climate and life, are just some of the topics addressed, not only through their lyrics, but musically as well.

The easy-listening tunes delicately involve many acoustic passages, lots of melancholy and a pocketful of Mellotron, which gives it a Barclay James Harvest and 1970s Moody Blues feel. The often monotonous, sensitive vocals serve an ideal purpose, which is in compliance with other singer/songwriters in the protest field, for they administer the sadness, grief, impotence and frustration with great precision and effect. The best example of this is the threesome of tracks that close the album, dealing with climate change. The additional, subdued complexities of these carefully-arranged, dramatic songs express hopelessness and despair and build up to a disturbing image to contemplate about deeply.

The ambient instrumental, Maximum Darkness, is a nice breaking point between the two covers featured on the album. The trimmed-down form in which The Holy War by Phil Lynott appears, still stands tall by the sheer power of its lyrics and the keen use of keyboards. The poppier Lovers In A Dangerous Time, by Bruce Cockburn, gets the right treatment, staying up-tempo with a Canadian FM likeness to it.