In between his work with top bands such as It Bites, Arena, Kino and Frost*, multi-instrumentalist and noted-producer John Mitchell has somehow found the time to record the final part of his own Lonely Robot trilogy.

Speaking on the release of the Under Stars album, the English musician tells DPRP's Patrick McAfee about plans to perform all three albums back to back in some beautiful live settings. He also names the one musician he'd most love to work with, debates the pros and cons of changing his name to Joni Mitchell, and at what age he will be too old to wear a spaceman's outfit on stage! 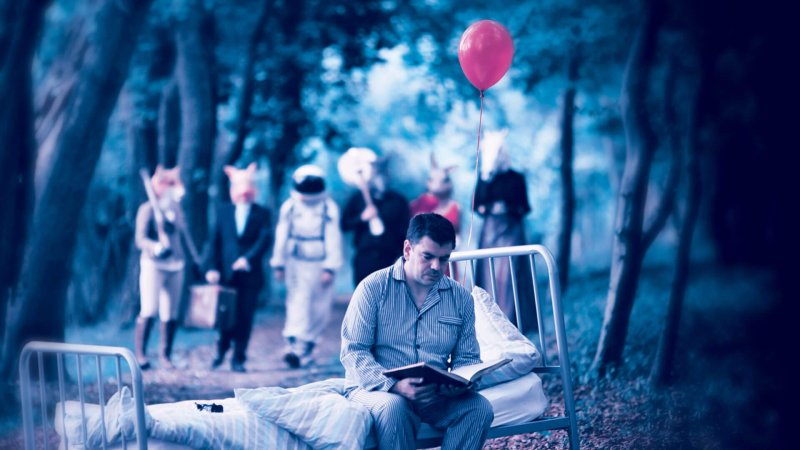 John, thank you very much for again taking the time to answer some questions for DPRP. We really appreciate it and congratulations on Under Stars. For fans of the first two Lonely Robot albums, the album is the perfect closer to the trilogy. There are some distinct differences though, as this seems more symphonic, keyboard-driven, and somewhat less guitar-oriented. This lends to an even more dramatic, cinematic feel. Was there intent on your part to switch things up a bit from that perspective?

Absolutely that was the intention. I really got into playing synth this time around. I found that if you approach writing songs on a different instrument to the one you are most accustomed to playing, you tend to end up with a different result. Every time I play a guitar solo, I find that I end up playing a bunch of go-to riffs that I have to be mindful to not play, in order to not sound repetitive. I guess that comes from growing up listening to and learning from Trevor Rabin, LOL! The moment I play a synth solo, all that muscle memory goes out of the window and I play something completely different. It's a very exciting and fresh way of doing things.

The album's closing track, appropriately titled An Ending, significantly refers back to the first Lonely Robot release. It is a memorable close and it inspired me to listen to all three albums simultaneously. I was astounded at how well they fit together. Like an effective film trilogy, did you write and record these albums as if they were a grand musical screenplay?

I have to say, I'm glad you said that about the way they all fit together. I'd like to take credit for it but it's entirely unintentional. I had no grand masterplan, I just made it up as I went along. In that respect, that they fit together so well is complete luck.

Are there particular films and/or filmmakers that inspire you creatively?

Absolutely. Duncan Jones who directed Moon and Source Code, I am deeply in awe of. Ridley Scott, who has made soooo many good films that I've lost count, is a massive inspiration too. I could probably sit here for an hour listing films and film makers, but those two are my favourites.

There are progressive rock artists such as Peter Gabriel, Mike Oldfield, Trevor Rabin, and others who have branched out into film scoring. Is that something that you would be interested in doing?

Yes. I'd love to compose for films. The trouble is I have absolutely no idea how to get into that industry. I hear it's very competitive and you have to be extremely good at what you do. I probably should have made a play for it when I was 25 and not 45. If anyone out there reading this wants to get me to score their film, then I'm ready and willing. 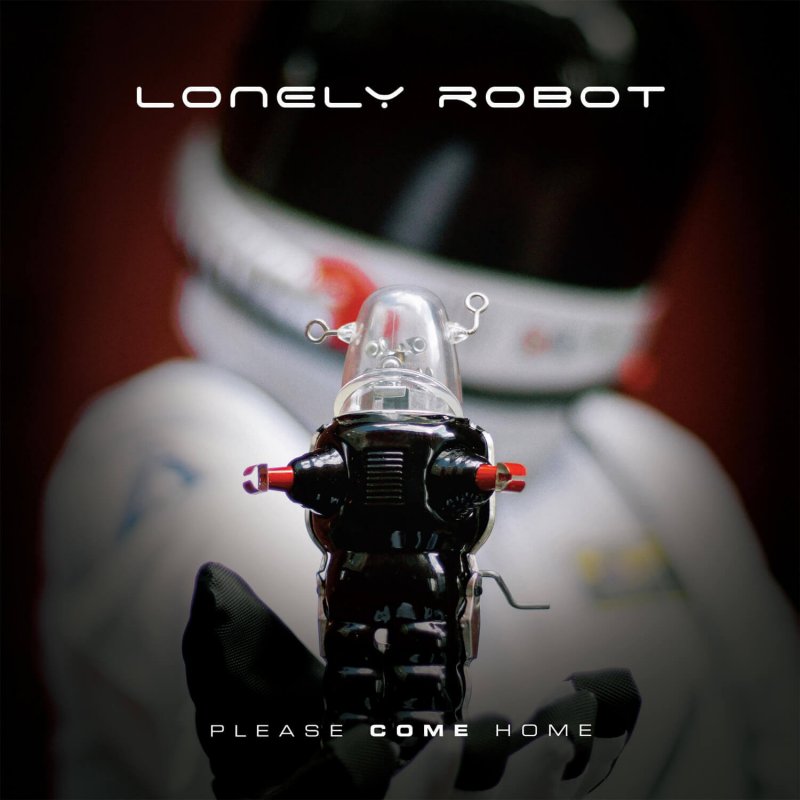 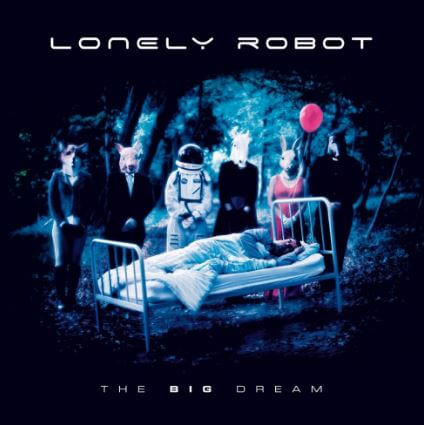 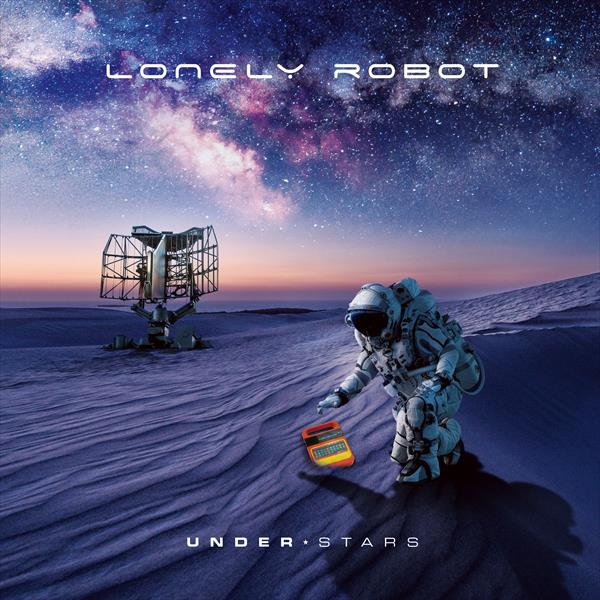 Though Under Stars closes a chapter, you have mentioned that Lonely Robot as a project or moniker may move forward but in other musical directions. If so, that is great news, as it works like a great band name and seems to have struck a very positive vibe with fans. Any thoughts at this point where you would go creatively in the future with this?

Well it's funny, I spoke to Thomas at the label the other day and he mentioned that it came across on social media that I was trying to kill Lonely Robot off after this album. I explained that it's not the case but that I don't know that I want to be wearing a kids spacesuit onstage for the next 10 years! I think the problem may be that people associate the name Lonely Robot with space-themed music and I'm at a place now where I'd like to do something a bit different. David Bowie killed off Ziggy Stardust and then went and made all sorts of different things. Far be it from me to compare myself to the Thin White Duke, but I think it's important to experience different things in life and not get stuck in a rut. If nothing else, what few fans I do have, would just get bored of me if they already aren't.

Not discounting the brilliant work that Craig Blundell and now Steve Vantsis have brought to this project, the Lonely Robot albums are ultimately your vision. Essentially solo albums. That said, is there the possibility that you would ever record and release a 'John Mitchell' titled album? If so, how do you envision that would differ from your other projects?

Well, ultimately that's probably the end game isn't it? My own name doesn't have any musical association attached to it, does it? Other than perhaps a strong sense of melody, hopefully. I wouldn't mind releasing an album under my own name, but for the record I would never like to name my accompanying live band after myself. I can't stand bands that go under the moniker of 'The Fred Smith Band', or something like that. That seems a bit self indulgent to me. Maybe I'm thinking too hard about it. Maybe I should change my name to Joni Mitchell and confuse a bunch of her fans when they misguidedly come and see me play live. (Only kidding!).

Your musical career has been quite astounding thus far. Along with Lonely Robot and all of the great bands that you have been a part of, you have also performed with and produced the work of some incredibly talented artists. Do you have a wishlist of artists/bands that you would love to work with given the opportunity?

Pretty much only one. Neil Hannon, from The Divine Comedy, I would love to write with. He's got far more to do with baroque pop and vaudeville than prog, but good music is good music right? I love his sense of humour and his utterly brilliant lyric writing. I'm not sure he'd see any virtue in a collaboration with me however (laughs).

Will there be tour dates for Under Stars and if so, what can fans expect?

They can expect to hear me play all three albums back to back in some hopefully beautiful venues. We're looking into it right now. I want to put this chapter to bed in a big way.

John, thank you again for your time and I wish you well deserved success with Under Stars. You are consistently recording some of the best modern progressive rock out there and this album is no exception. It is fantastic!

Thank you, you're too kind. 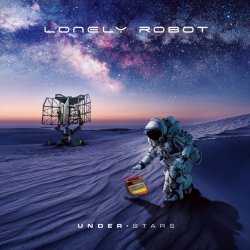 John Mitchell's prolific musical output of the last 15 years has been impressive. Though he initially gained attention as the guitarist of the prog band Arena, it was the Picture album by Kino and later his work with It Bites and Frost* that fully established him as a singer, songwriter and musician.

The debut Lonely Robot album, Please Come Home, (2015) was John's first statement as a solo artist and was lauded by Steven Wilson and critics alike. It was followed two years later by the equally impressive, The Big Dream.

Under Stars concludes the trilogy and like its predecessors, the album is impressively melodic as well as cinematic in structure and tone.

Though Mitchell's abundant skills as a guitarist are still on display, there is a lush, keyboard-oriented sound that drives much of the material. As an example, Icarus, with its catchy 80s-like keyboard riff, is fantastic. Infectious melodies are a staple of John Mitchell's work, but there are several songs included here (Authorship Of Our Lives, The Only Time I Don't Belong Is Now, How Bright Is The Sun? and the title track) that are amongst the strongest compositions of his career.

With his Lonely Robot project, John Mitchell is releasing some of the best modern progressive rock that the genre has to offer. Under Stars is outstanding from start to finish, and stands as a textbook example of complex music played to accessibly-melodic perfection.

Although this album ends the trilogy, Mitchell has hinted at continuing the project in a different form. Whatever musical path he chooses to take, it will certainly be met with well deserved anticipation. There is no shortage of new album releases in the current prog scene, but in my opinion, few are better than this. Bravo!