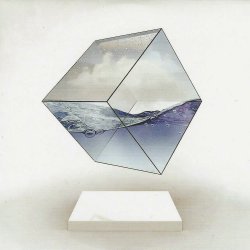 There are not many bands that I know of from Austria, but here we have Blank Manuskript. The self-proclaimed "new face of Art Rock". Well, says it all, doesn't it? If art-rock means anything that is hard to pigeonhole, then that description is correct. The new face? That sounds ambitious.

Although I have a hard time when things go too far into the jazz field. There is still much to enjoy here for fans of other sub-genres, without the music trying to escape all bounds of genre definitions. There are Canterbury-styled melodic parts, Zappa-esque sections with heavier guitar, and with the heavy organ there's a VDGG vibe.

The longer songs tend to build up things slowly, with the longest track being the strangest. Or probably the one furthest away from the centre of my taste, Achluphobia is lengthy and without identifiable rock structure or groove. it leads to a cacophonic section before closing, suprisingly, with a much more structured and pleasant sounding version of melodies heard previously.

In contrast, the short and rather heavy Doubts, is where it gets surprisingly interesting for me. Think of a heavy kind of Canterbury. I really love Magician's Dance, probably the least jazzy and closest to prog, with its hyponotic melodies and rhythms, and distorted guitar breaks.

Looking at the fact they have gigs planned already for 2020 in several European countries, these guys have obviously made their existence known. So, the new face? I am the wrong person to ask, but I hear a mix of many different things, making this a very fresh sounding record. 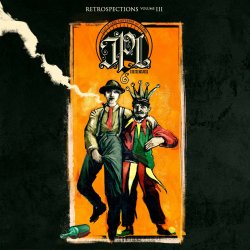 The title refers to the fact that this is a collection of songs written between 1996 and 2018. With a single line-up I guess these were all recorded in 2018, the recording quality certainly suggests. JPL is Jean Pierre Louveton and Jean Baptiste Itier, respectively guitarist/vocalist and drummer for Nemo. Louveton furthermore handles bass and programming with Thibeault Maurin guesting on guitar on one track.

I am not sure what makes JPL decide which track is for Nemo and which for JPL. These songs would not stand out much on Nemo albums. I guess the band effort might be a factor, and perhaps this is a little more guitar-oriented. OK, slightly heavier too, I have to add. Which happens to appeal to me!

At first listen I thought the usual problem of a collection of songs from different eras was popping up: too many different styles. But getting to know the album better, I have to conclude that JPL just writes songs that are not restricted to a limited sound palette. A short song like No Speed Limit might have the foundation of a melodic hard rock track but the melodies bring lots of ear candy for someone who loves prog and blues.

Although my taste has a slight problem with a typical element of French prog, namely the overacted and overemphasised emotional playing that prevents me from really getting into Ange or Atoll, the playing and singing of JPL comes across as more sincere. Or it is just my taste and I like his bluesy voice and guitar playing more. And I simply love the faster melodic bits like in the opening track, Des illusions, or No Speed Limit! I wouldn't mind more of that. 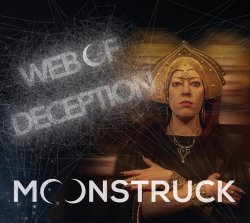 What lies before me is Web Of Deception, the debut album of Moonstruck, who so-far have released a 4-track EP Impact in 2016. With basic instrumentation of two guitars, bass, drums, and vocals they present themselves as a progressive metal band. Arguably regressive metal covers the load better in the sense that production, general feel to the album and the music takes you right back to the first wave of NWOBHM with touches of seventies hard rock.

It’s an instant trip down memory lane with most tracks following standard heavy metal patterns reminiscent of early Queensrÿche (The Warning) and Iron Maiden (Powerslave). The short songs follow the former, whereas the more epic longer tracks follow the latter. The occasional use of twin guitars is a further bonus, highlighting memories of Judas Priest. This is simultaneously instigated by the high pitched vocals screaming associations of Rob Halford. Not with the same strength, range and confidence, but fitting nonetheless.

The overall sound of production gives it a typical 80s atmosphere focusing on guitars, drums and vocals. It lacks a bit of depth and power and the bass could have been pushed a bit more into the mix. It effectively kindles warm thoughts of Silence At Romney Marsh by Bagheera on several occasions.

Once again a decent modestly progressive heavy metal album which has, like so many before them, some outstanding tracks. These are to be perfect additions to my sentiment disc filled with Samson, Y&T, Saxon, Bodine and Judas Priest. Quite an achievement for this debut, therefore worth checking out.

Out Ink - Time And Emotions In The Natural World 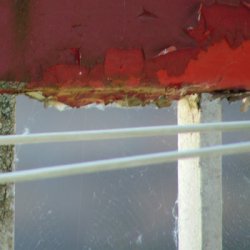 Out Ink, structured around a line-up of five musicians from Sheffield, UK were formed in 2015 and have thus far released a demo (2016) and an EP in 2017. Besides this basic formation they also operate in alternative interchanged formations within INkBEta and have released several other albums available only on Bandcamp. Time And Emotions In The Natural World is there first official crafted CD of improvised free style jazz entangling ambient avant-garde unconventional rock.

With additional high experimental drift, for when they do follow the paths of free natural jazzy rhythms, like in Beauty Pageant Past, they suddenly shift gear into mellow ambient surroundings, break for intoxicating space rock and turn uncontrollably left to right with psychedelic acid rock sometimes vaguely reminiscent of Nik Turner’s Hawkwind, with seeming natural controlled ease.

The interplay of their cacophony musical outbursts and airy shaped light-weighted constructions isn’t easy to grasp and offers many contrasting insights, both unsettling and becalming within a moments time, an emotional rollercoaster. Down to earth a matter of taste, so therefore pick a clover and start peeling. I like it, I like it not, I like it, I... 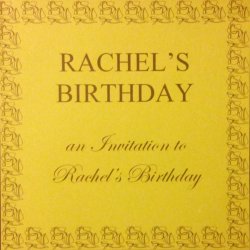 As far as I know this is the one band Alfred Mueller was part of. Quite different from his usual, prolific output, since this is a band effort. (In this same issue, you can read about his latest album, too!) Because it's so different from his solo albums, I was surprised to learn that Mueller wrote almost all of the songs. The music here is a modern version of neo-prog, leaning to the heavy side, not unlike IQ or Twelfth Night, but the style is also recalling Collage and Abraxas.

The excellent, theatrical voice of Ralf Glassbrenner has to get a special mention. No accent, except when acted. On various occasions he reminds me of Mr. Docter of Devil Doll for the way of singing, his range and the sound of his voice. How is it possible this singer has not become a big name?

Together with his latest album, Brandenburg, Mueller decided to re-issue this album in the same series of CDRs his solo albums are released in. Dear Mr. Mueller, considering how good this is, would you consider playing in a band again? Not to diminish your solo work, please continue that as well, but the full band sound and arrangements like these are missed.

Although a CDR release, at least you can get your hands on this album again. A solid performance, melodies all over the place, intricate arrangements, memorable melodies and solos, and great vocals. Lots of breaks and changes without becoming a collection of short ideas. Sometimes a bit experimental (rapping at the beginning of the last track, changing into a fierce, Gilmouresque melodic outburst), but escaping well-known territories and often unexpectedly good. 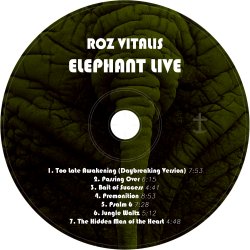 Having crossed paths with the music of Roz Vitalis only now and then, this is a case of my getting re-acquainted. This Russian band have been around almost 20 years and so probably need no introduction for many of our readers. They move between a Canterbury sound and the jazzy side of prog, with a dose of avant-garde. And this new live album is a good example of that.

The melodies are delivered by guitar, keyboards, clarinet, and saxophone. The saxophone has been heralded as giving a David Jackson feel to the music. The sax when playing solos is where the music goes avant. Avant is not my favourite kind of prog. I prefer the sections dominated by keyboards, or where the guitar and piano go at it together, like in Bait Of Success, or with the saxophone (in a supporting role) joining in on Premonition.

The most proggy tracks like Bait Of Success, Premonition or the most Camel-like track Psalm 6 are my favourites, but for Roz Vitalis fans this whole album must be a great mix of different styles.

The keyboards might have been a bit higher in the mix at times (one solo in Passing Over is hard to hear), but overall this is a very good live production and mix.

For those of you who also need to get re-acquainted or even introduced, you cannot go wrong with this free ("name your price") download. If you like it, support the band! 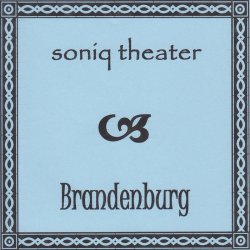 It's not been long since our previous Soniq Theater review (Squaring The Circle) and here we already have album number 19! After so many albums, I didn't expect the opening to surprise me but it did. On three of the tracks, including the opening track, the Alfred Mueller one-man band gets assistance from guitarist Ralph Brandenburger. Soaring melodies over Mueller's tapestries, alternate with rhythms as if Mueller has been listening to Galahad.

There's also the proggy ambience you'd expect from Soniq Theater of course, especially in the long closing track. But Mueller has done a lot more than just turn out another album in the same style.

In several tracks, like London Town, Mueller mixes an older Hammond sound with more contemporary arrangements, resulting in a fresh sound that is so relaxing to listen to. It’s often more than ambient music though. The excellent opener and the title track really stand out due to the guitar sounds adding a whole different layer than just the keyboard sounds.

Springtime In Siberia sounds like it was produced in the 1990s. Its pace suggests more rock than ambient, but the lack of real drums fails to give it depth. And although Daytona Beach is surprising in style, its poppy/jazzy feel doesn't do it for me. As for the rest, this is simply a very pleasant album.

This is quite a diverse album for Soniq Theater, kudos for that. Some songs show a little more effort in the arrangements and the inclusion of a guest musician really shows (in my opinion) that Mueller should try working in a band again. It also shows he still has a lot of talent for diverse songs and interesting albums. 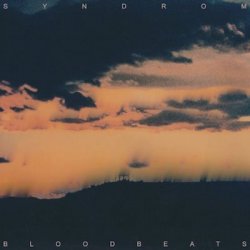 Obscurity cloaks this doom metal band and keeps them being the ultimate underground band. With Bloodbeats as their sophomore album, Spotify seems to be the only source that has the band available.

A not so brief web research hasn’t given me any info about the band and also no place where one could purchase their music has been found. Even on Spotify they have 67 listeners, most of them from Scandinavia. This is quite unfair, since their music is really good. Not at all is it progressive, on the contrary, it is doom metal almost in its purest form.

Yes, it is this a slow-paced, sinister kind of metal, with a vocalist who’s almost whispering, singing melodies more in schemes than in leads. Some spacey effects on guitar thrown in every here and there give the sinister atmosphere a spacey touch and lighten up the doom a little bit, a thing that lifts the music out of the ordinary. Even though nothing all too special, it is a perfect piece for a progger’s extravaganza.