TDW changed their name to Dreamwalkers Inc and the first album was released this week. Before diving into the album in the review below, DPRP's Jerry van Kooten asks main man Tom De Wit about it and the recent changes. 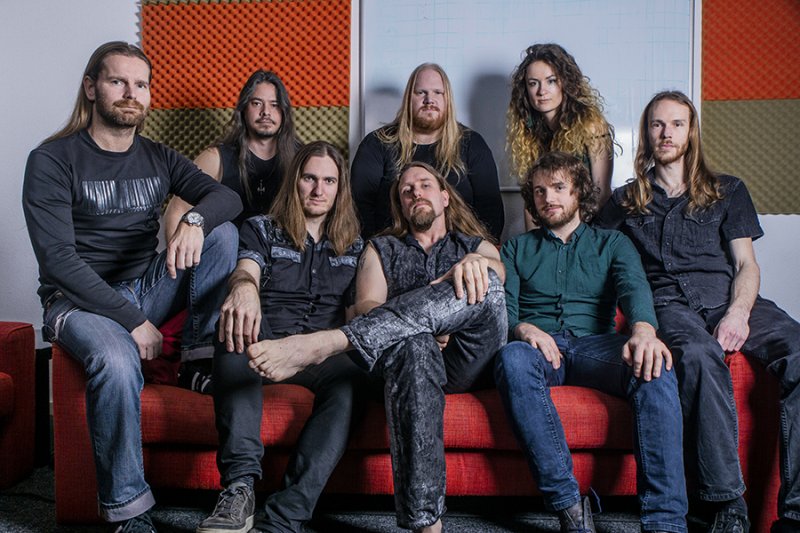 Congrats on the release of the new album! Are you happy with the results?

Thank you very much! I must say that it has been quite the ride the last couple of months, so actually holding the physical product and having the album done feels unreal but very rewarding indeed. It still is quite a trip to realise that this album started as an "in-between thing" in 2015 and then became the full fledged release it is now. So I am both happy and still a bit happily amazed by how it all turned out.

How does it feel to have the first release under the new name?

It's fun, interesting, and also a bit scary in a way. The TDW name still is very dear to me and the old albums have left their (albeit small) impact on the prog scene, so changing the name is of course a risky thing. However, I think for this album it just makes sense to call it by the Dreamwalkers Inc name, as this is the first album that feels more like a band effort. So overall, the feeling is mostly positive and it feels great ot start fresh.

I see the logo still contains the TDW. Is that a permanent reference or to change things one step at a time?

Honestly, right now it just seemed like the right thing to do, as the origin of the songs in the end still comes from TDW material on this record. I think the logo is complete like this, but we will see what the future brings. I also like changing things up and trying new ideas, so it would not be beyond me to change the logo again somewhere down the road. Besides, the TDW name will stay alive and I will also keep doing things for myself under that name, in terms of producing songs, studio projects, playing live, etc. The two are and will always be connected in the end so we will see what happens.

For the first release under this name, the option to select some of your oldest songs might seem strange. Was that deliberate? 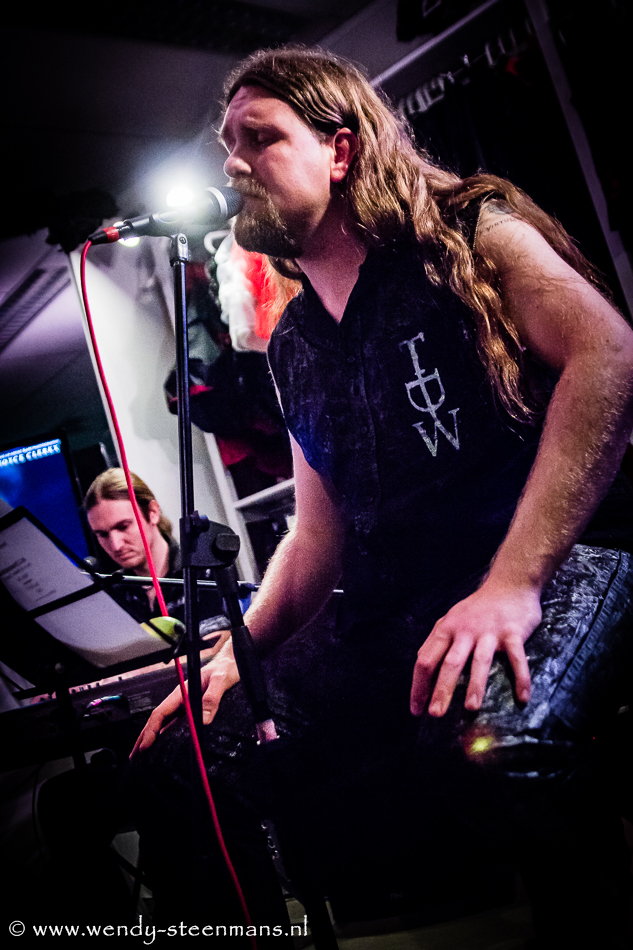 TDW, photo by Wendy Steenmans, used by kind permission Well, to be fair, when I started working on this re-re-release (yes, that is what it is!), I didn't expect it to become a Dreamwalkers Inc record at all. I really just wanted to give those old TDW songs the chance they deserve to be heard and that was the main goal. It just so happened as the album progressed, that the influences of the bandmembers on these new versions were so prominent, that it didn't feel right to just call it TDW. That feeling was also strengthened by the fact that we had been playing live for 2 years already and that we were really growing together as a unit.

But really, the fact that these old TDW songs would now become the first officially released Dreamwalkers Inc songs really was a lucky coincidence, as we never set out to make that happen at all. It is however pretty much par for the course for me when producing album projects. I think I have never produced a record that went exactly as I expected it, as life tends to throw a wrench in carefully made plans in general, haha! Embracing the chaos and anticipating on that is one of the hardest, but at the same time most fulfilling things in being a creator I think. Because once you can harness that flow of chaos in your projects, it can lead to unexpected great results!

Is this album to get those songs out there, to get them out of your system?

In a way, yes. These songs always meant a lot to me personally, so to finally give them proper production and an outlet that would do them justice was something that I had in mind for a longer time. It feels like a load has been lifted off my shoulders, in a way. Even though I was the only one producing that load in the first place. But that's beside the point, haha!

I know no-one was really "waiting" for these songs to be released like this, but I felt that this was the right thing to do artistically right now. Also another advantage is that we now have new songs to choose from for live shows and we have some decent recordings of songs we have already been playing for a while, like Happy Day & Your Room. So in that sense, this album also feels like a way to bridge a gap that was created by accident. People have asked me where they could hear studio versions of the songs we played live in this form and I did not have that readily available.

Do you have a feeling of what's next, which way you're going from here?

Well, right now I feel like we are at the start of a new way of being as a band. We are figuring things out step by step and we are preparing for live shows that will happen later in 2019. We will also start writing material for a new album together soon. So many things are being set in motion as of now. We have decided to take the time to make things fall into place. The last couple of years have been quite the ride in terms of different concepts, ideas, music, etc., so now we also want to take the time to fine-tune the details and let the new songs come organically.

For myself, I am working on a host of covers (yes, really) which will be released on youtube in the coming months. It's a way to flex my musical muscles a bit. These projects will be labeled TDW as it really just is my work with perhaps one or two guest musicians. I like doing things on my own as well, as that keeps my mind fresh and happy. I am also involved in a new side project which will go into much darker musical territory which I haven't explored that deeply yet in the past, so that is fun as well. And then of course the label work for Layered Reality and the studio work and what not. It sure as hell won't be boring that's for sure! 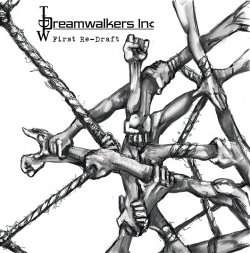 After my review of the excellent The Antithetic Affiliation, in a time when TDW found himself surrounded by a steady line-up and the music was becoming more of a group effort, the band have officially renamed themselves to Dreamwalkers Inc. The music on their latest album, released this month, as the title might suggest, are re-recordings of some older songs.

Supporters of the band may have heard a previous re-recording of several of the songs in a fanclub-only release under the TDW moniker, but what's under review here are new arrangements and new recordings. Some songs have been played live a couple of times as well - read my live review of a gig in November 2018 where I witnessed Happy Day.

If you wouldn't know better, you would be excused thinking this album sounds like a continuation of the aforementioned double CD. Although it doesn't have tracks of epic length, all the musical ingredients are there. With the band mostly the same this falls under the same banner the band has previously been operating under.

The unusually large band provides a rich, multi-layered sound in many aspects, not just in the symphonies or choirs. The titles might also give you a hint of a darker atmosphere, which is not uncommon in (prog) metal of course, and it's something I prefer in music. On the whole, this is more consistently darker than its predecessor, which was visiting more aural areas.

Opener Endless alone has a lot of the ingredients found on the rest of the album as well: delicious prog metal blasts and guitar solos, epic sections, sudden breaks, multiple and simultaneous vocal lines. Progressive metal, symphonic or epic at times, but from the heart.

New Strength is my favourite but it's hard to say why. It's like it stands out style-wise, but not enough to feel out of place. Your Room is a slower but still heavy track and therefore also stands out. Lovely melancholic piano in there!

You need several spins before you can tell some of the tracks apart (several are connected) or have an idea of what has just washed over you. That's a sign of a grower. Prog-metal where technical abilities are used instead of shown off and where the emotion and effect of the groove, the atmosphere, the lyrics, the whole composition is most important. That's just the type of prog-metal I like.

There is a certain and certainly delicious amount of Savatage in here. And I'd say, Ayreon fans, take note! This is less pretentious and more metal and slightly darker too, which is emphasized by the production.

First Re-Draft is bound to be compared to The Antithetic Affiliation. Maybe because of the older origins of the songs, the new album doesn't match up to its predecessor, which sounds a little bit more mature and balanced. But considering my praise for the former album, partly fueled by the surprise of the level of musicianship at display when I heard that album for the first time, I think my rating for this album is not something to be ashamed of. With these drafts finally finished and properly arranged, I can't wait to see where this band is going next.

Dreamwalkers Inc. have their influences of course, but show a sound of their own, a mix that has aspects of so many sub genres from this prog metal world. Highly recommended for any type of prog-metal fan, really!