Dutch collective Autumn make a welcome return to the frontline with their new album Stacking Smoke, the band's sixth full-length effort. DPRP’s Andy Read catches up with guitarist Mats van der Valk to find out where they have been for the past eight years and what can fans expect from the eleven new songs. 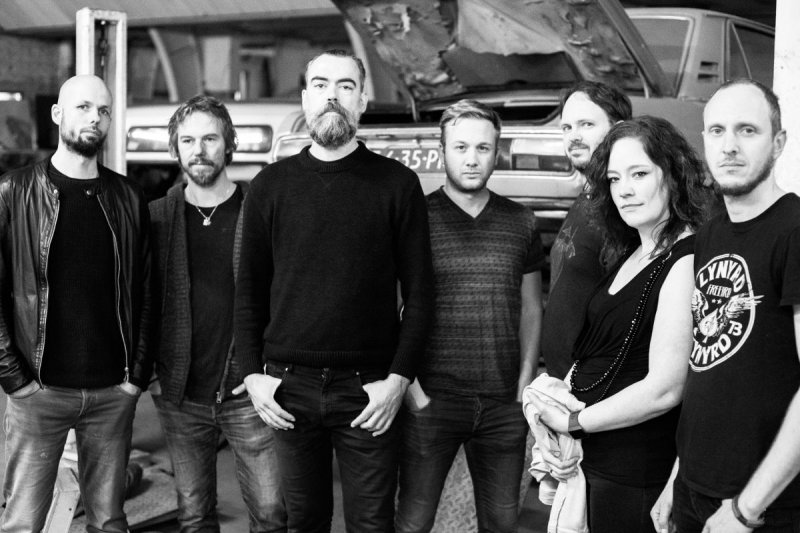 It's been eight years since the release of the last album to bear the Autumn name. So firstly, a very warm welcome back. I guess a good starting point will be a little explanation of what has been happening since the release of Cold Comfort. Was it a deliberate choice to take a break? What did you all do in-between? And how easy was it to become "a band" again?

Hi there, and thank you! Cold Comfort came at the end of a long cycle of making records and touring. We worked very hard on that particular album and its release felt like a release indeed. After that we kind of deflated, I guess.

It’s a bit of a shame, because the reviews for that album were quite excellent. People really seemed to understand what that album was all about. We never lost touch, but went our own separate ways for a while, focusing more on family, new job opportunities, personal development and other musical endeavors. We had a couple of great BBQ’s together.

Disbanding (what’s in a name) the band was never a topic. As soon as the first potentially new song was introduced, everybody responded positively in no time. It took us a while longer to finish the record, but here we are.

With your new album, the first thing to notice is the unusual cover. Can you tell us a little about how you came up with that artwork and how it links to the music?

My brother Jens (guitar) came up with the song Stacked Smoke. It is a sequel to an older song called Liquid Under Film Noir and the second Arsonist’s Tale. We really liked the title and lyrics and it became the working title for the album. We decided to make the definitive title verbal. Stacking Smoke. Inspired by the lyrics, we went looking for an artist who could capture the image that we envisioned, with nothing but charcoal and paper. We found Hernan Marin for the job. Check out his charcoal art. It is really quite amazing.

There has also been a few changes and an expansion in the line-up from a quintet to a septet. Can you run us through the changes and how they happened? 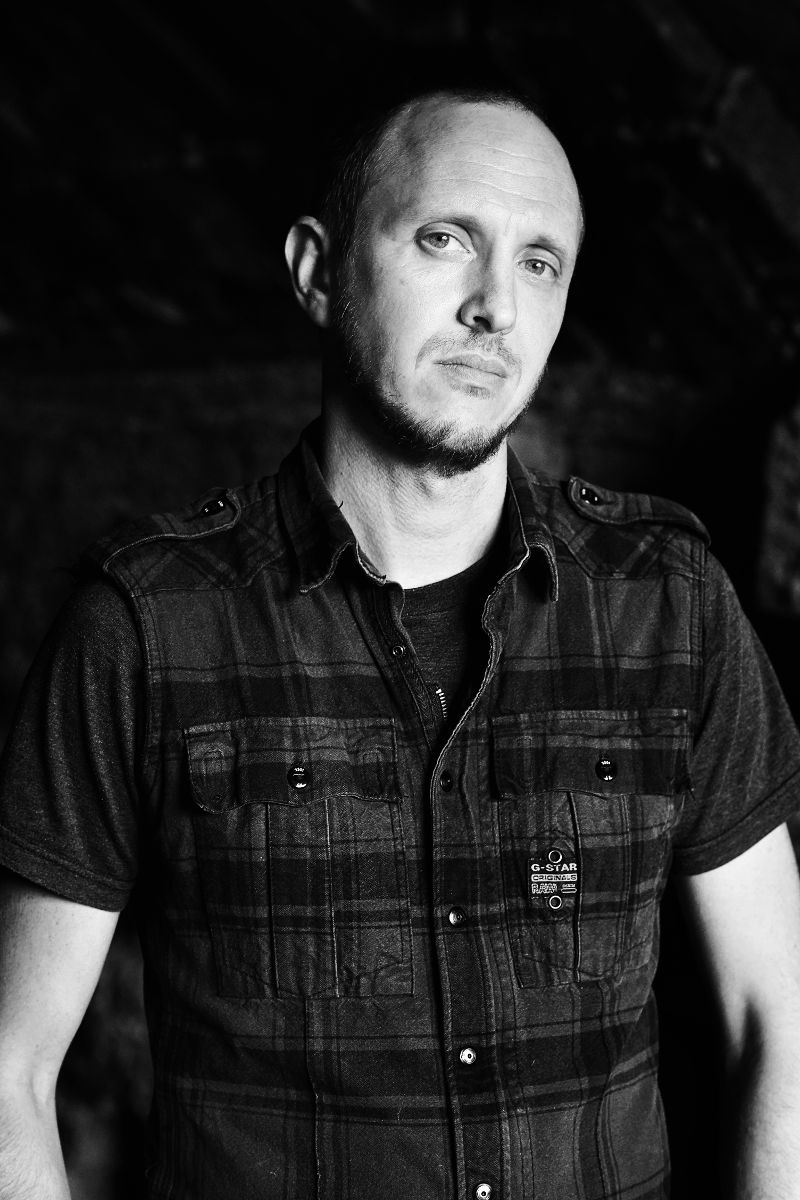 Mats van der Valk, photo used by kind permission Sure! Somewhere in the years after Cold Comfort, after long and careful consideration, our long time friend and bass player Jeroen Vrielink left the band. We played a few shows with some great stand-ins, but we remained a quintet. It was only after the recording of Stacking Smoke that we seriously thought about a permanent replacement.

It was tough, because the bass parts aren’t all that easy and we also wanted someone that would fit in on a personal level. It turned out that the best man for the job was right around the corner all this time. My friend Maurice van der Es had switched from guitar to bass some years before and I invited him to give it a try. He blew us away with his solid, yet intricate style!

Jens and I had been flirting with the idea of inviting a third guitar player to the band, because we wanted to really reproduce the albums in greater detail on stage. I had played in Hangover Hero with Ronald Landa (ex-Delain) and he did one show with us at the FemMe festival in 2015. It was a great success. When I asked him to join the band permanently, he did without hesitation.

Both guys, though being completely opposite personalities, get along really well and are like pieces in a puzzle. The band is complete.

The title you have chosen for the new album is one of the more enigmatic I have come across recently. (How does one go about stacking smoke!!) How did you decide that as the title and what (if any) is its significance?

As I mentioned before, it all started with Jens’ song. We all loved that title and the lyrics instantly. It also seemed to sum up what we were doing: making something out of thin air, without solid building materials. We had no philosophy or idea what we were going to do. No label, no funds, no deadline. We only had our combined skills, a lot of goodwill and an increasing amount of inquiries from our (still growing) fan base about a new record. And so we started building.

How has the Autumn musical landscape changed after such a long time between albums? What can listeners expect from the new songs? Do you see these new songs as an evolution of the Autumn sound or as a new beginning? (Or just more of the same!)

How about a bit of all of those? We are all individuals that grow personally and musically. It’s only natural that our songs evolve subsequently. We are in this together because we find each other in the global musical direction we are creating for ourselves. Sounds a bit vague, I know... but we all seem to agree about what we are doing naturally as a collective.

I think this album has the best of all our previous albums combined, with something new thrown in the mix. The atmosphere is ‘deeper’, the soundscape ‘wider’. It’s also a bit heavier and even more diverse across the board. The songs are on the right side of a-typical without being overly complicated for the sake of ‘showing off’. There are lots of layers to peel away, though. 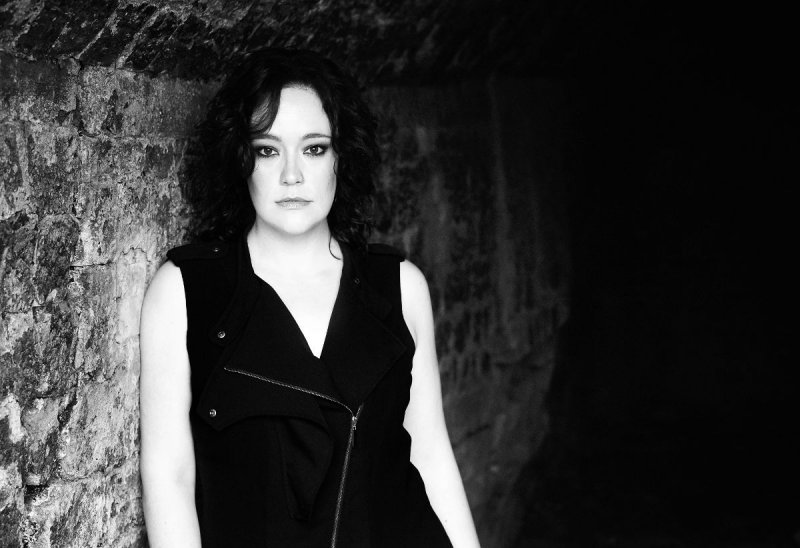 The one thing that really stands out as new, is the closing quartet of tracks. They sound somewhat different than previous compositions and are also linked thematically into a mini suite. The first time I think that the band has attempted to do this. Can you explain a little about what these four songs mean (Forging Tempests?) and is this musically an indication of where the band is headed for its future songwriting?

We have written a couple of linked songs, but these are spread over more than one album. The second album Summer’s End has a number of linked songs (The Witch In Me), but they are not placed back to back. So in that respect, this is a first.

Our lyrics are always open to personal interpretation, but the general theme is an individual venturing out across the ocean and its many physical, mental and emotional perils. We always wanted to write our own take on a sailor song and this is what we came up with.

Musically, it all revolves around a mantra-like guitar loop (representing the waves, if you will) that eventually morphs into something new. I can’t predict if this is an indication of our future musical direction. We write what comes naturally.

What are your plans to promote the new album in terms of live shows?

We will absolutely play live in 2019 and beyond. We want to play high quality shows in small numbers, to keep it special for ourselves and for the fans. 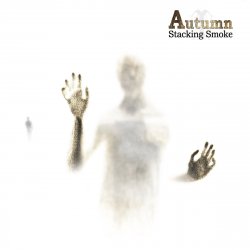 With a history whose fledgling years took root in the late 90s, Autumn seem to be frequently pigeon-holed within the bulging treasure chest of Dutch female-fronted metal bands such as Delain, Within Temptation, Epica and Stream Of Passion. That has always struck me as misleading (or lazy?). Even on their mid-paced debut offerings (When Lust Evokes The Curse and Summer's End) there existed a darker, atmospheric, almost alt-rock element that differentiated their sound.

Since those early days, the Autumn soundscape has expanded in proportion to their discography. Both My New Time (the final album to feature Nienke de Jong, review here) and Altitude (the debut with current singer Marjan Welman) owed an equal debt to the band's progressive and rock influences. The guitar is ever-present, and the Autumn sound is often weighty, but I could never describe it as "metallic".

Onto 2011, and whilst Cold Comfort never connected with me in the same way as its two predecessors (read my review here), one can not deny that it saw a continuation of a band stretching its boundaries.

And that was the last we heard from the Autumn camp. After some dates in support of its release, the sextet hibernated into a sabbatical; one that has meant an eight-year wait for a follow-up.

The esoterically entitled Stacking Smoke is their reopening statement. First impressions were positive. Plenty of lively guitar hooks, some instantly likeable melodies and grooves, and an intriguing mixture of atmospheres and intensity. But this is one of those albums that offers the greater rewards to those who invest in repeated and attentive listens.

Take the opening track, The Phantom Limb. At first it's the anthemic ruse to the verse and chorus that allures the ear. Then the other layers are discovered. The cleverly unconventional beat throughout. The lovely keyboard solo and then that reflective atmosphere that takes the outro into a different vibe.

Skip to the other end of the album, and we find the four-part suite Forging Tempests. This is the first time the band has tried this style of multi-part composition. At first it sounded nice, but a bit bland. Then the repeated guitar-loop, which ties it together, the thoughtful lyrics, Marjan's lovely vocals, and the uncharacteristically relaxed (almost acoustic) vibe, wound their charms. It's not my favourite track, but the strength of this album is the considerable sum of its varying parts.

In between, there is so much to enjoy over and over again. As mentioned at the start, there is no shortage of great female rock singers in The Netherlands, but this album must surely cement Marjan Welman's reputation as one of the best. I just love the way she effortlessly bounces between sultry warmth, bouncy pop and a more detached rock siren.

The sweet, delicate, reflective tone to her vocal that opens Old Fuel reminds me of Julianne Regan (All About Eve), as does her more folksy approach to Where The River Ends. Yet I'm equally drawn to the poppy, dancing, skipping lilt she utilises on the title track and Thursday, or the cleaner, brighter, more direct tone heard on Cyanide Sky.

Her variety is more than matched by the rest of the band. The creativeness of the drumming is matched by the variety of different sounds utilised by the keyboards. The Hammond solo, followed by more ambient synths on the title track is another favourite moment. With three guitars now being utilised, there is no shortage of variety in this department. Highlights are the brilliant guitar licks that make Cyanide Sky and Blackout my two favourite tracks.

Until now My New Time and Altitude have been jostling for the spot as my favourite Autumn album. However by retaining the band's trademark melodies and grooves, but adding a captivating compositional depth and variety, I feel that Stacking Smoke beats them both. A very welcome return.