It's been a long 13-year wait for a follow-up, but finally a new Kino album has arrived. Co-written by John Mitchell (It Bites, Lonely Robot) and Pete Trewavas (Marillion), Radio Voltaire is released on the Inside Out label on March 23rd.

Here the 44-year-old guitarist and singer tells the DPRP's Patrick McAfee why he decided it was time to revisit Kino, how he goes about writing the songs with Pete, whether there will be a tour to support the album and what he shares with Steven Wilson over a veggie curry!

DPRP: John, thank you very much for taking the time to answer some questions for DPRP. Since its release in 2005, the debut Kino album, Picture has developed classic status, and it was very exciting news that a follow-up was on its way. Over the years, it seems that you were often asked about the possibility of a second Kino album. What made you this feel like this was the right time to move forward with it?

John Mitchell: Having spent the last 10 years in the studio producing and bringing to fruition other people's musical endeavours, and having spent the last several years writing and recording my own music with Lonely Robot, I found I was on a bit of a roll with my writing. When I finished The Big Dream, I wanted to continue on my writing streak. However, Inside Out, my record label, thought it was too soon to bring out another Lonely Robot album, so we both agreed that a new Kino album would be an exciting channel for my creative energy.

Considering the reverence that fans have for Picture, did you and Pete feel any pressure to follow a similar musical path on the new album?

In my opinion, you shouldn't go into any musical project worrying about what the outcome will be, or pandering to other people's expectations. Music should be its own reward, and if you were true to that notion and if you are honest with yourself in the creative process, then hopefully people will follow suit when listening. 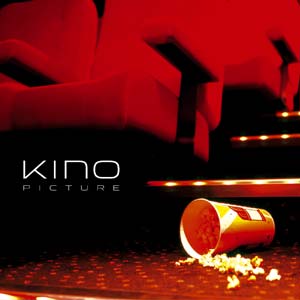 In my opinion, Radio Voltaire captures a certain feel of the original album, but it also sounds new, fresh and vital. In fact, I think it contains some of the best songwriting of your entire career. How did the songwriting process work between you and Pete, and is the album heavily collaborative from that perspective?

I was 31 years old when I started the first Kino album, and I'm now 44 - hopefully life has taught me some valuable musical lessons along the way! As for the collaborative process, Pete brought his songs to the table, and I brought mine, and we both helped each other shape them into how they sound on the album.

It's great to hear John Beck on the album, as it wouldn't have quite been Kino without him. What was the process to obtain his contributions to the album?

He turned up, he sprinkled his magic, that's all there is to it!

I was lucky enough to see Kino live twice on the band's original run and the shows were fantastic! Is there the possibility of any tour dates to support Radio Voltaire?

Due to everyone's already busy touring schedules for this year, it's looking unfortunately unlikely.

Steven Wilson wrote the sleeve sticker notes for the first Lonely Robot album and recently touted the second on his Spotify playlist. Aside from sharing the amazingly talented drummer Craig Blundell, do you feel there is a chance that you and Steven will ever work together in some musical capacity?

I think it unlikely, although I would be flattered and excited were he to ask. My friendship with Steven is based around our mutual love of films and music production - discussed over a vegetarian curry!

What current bands or artists (prog or otherwise) would you consider yourself a fan of?

I'm a big fan of pop artists such as Sia, Katy Perry, and Ed Sheeran. I also like muso-favourites Snarky Puppy, and synth-wave sensations The Midnight.

My apologies in advance for what is possibly a typical question, but considering that the first Kino album led to the reunion of It Bites, with you in the lead singer/guitarist role, is there any chance of more It Bites releases in the future? Your two studio albums with the band were outstanding, so I would selfishly say, as a fan, that it would be great to hear some new It Bites music.

I was speaking to Bob Dalton and John Beck about the possibility only last week. Bob is busy working on remastering some live It Bites shows from the 80s, which he's hoping to release soon. So, let's see what happens after that.

John, thank you again for your time and kudos on another fantastic album. It was an excellent surprise to hear about the release of Radio Voltaire and the album was well worth the wait! I think the fans are really going to enjoy it! 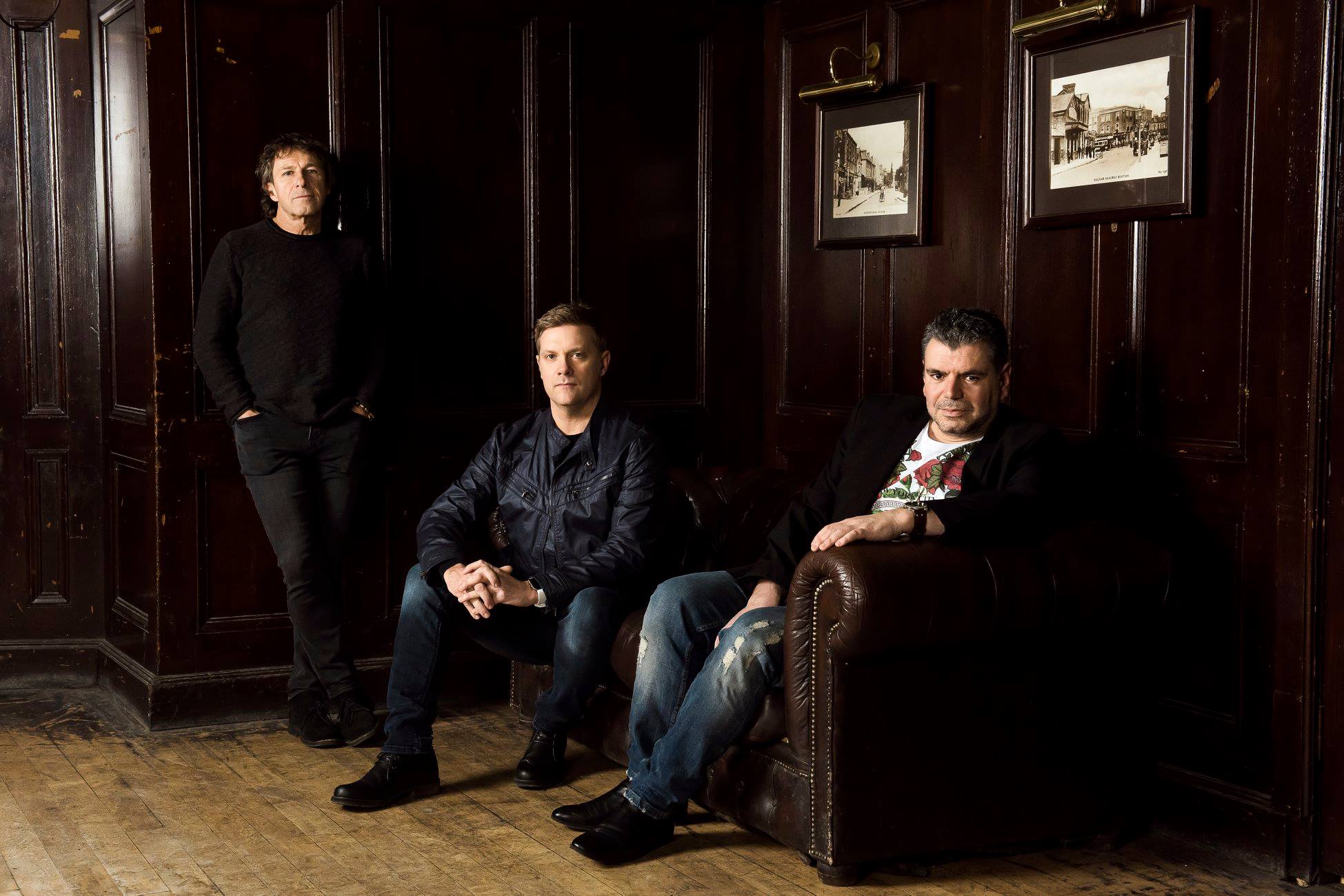 It is probably fair to begin this review by noting that Kino's debut album, Picture is one of my favorite releases of the last 20 years. A near perfect mix of progressive/pop/rock, the album and the lack of an immediate follow-up, created a certain lore around the band. Step forward 13 years to the surprise announcement of a new Kino album, Radio Voltaire.

Guitarist/singer John Mitchell and bassist Pete Trewavas are back, but there are some changes this time around. Original drummer Chris Maitland is not involved and keyboardist John Beck appears only as a "special guest". Thankfully though, his work is heard throughout the album, and the drum duties are covered more than effectively by Craig Blundell (Frost, Lonely Robot, Steven Wilson).

I will admit that the first track released, The Dead Club, had me concerned. It's a scorcher of a song, but its harder-edged tone seemed more in line with Mitchell's other project, Lonely Robot. Not a bad thing by any stretch, but just a bit unexpected. While not looking for a complete replay of Picture, I was hoping for a new album that would capture some of the same pop/prog aspects. I am happy to report that Radio Voltaire doesn't disappoint in that category. In fact, far from being a rehash, it feels like a natural musical progression from their debut.

The album's opening title track presents some of the same sweeping, anthem-like qualities that were so captivating the first time around. The song is a great example of how Kino (and Mitchell in general) have the gift of creating music that is lyrically smart, compellingly progressive and commercially viable. Idlewild is the first of several memorable ballads, and I Don't Know Why showcases the impact of how the band will switch gears midway through a song. The optimistic I Won't Break So Easily Anymore is driven in part by John Beck's swirling keyboards and is reminiscent of recent It Bites output. The beautifully melodic, Temple Tutor is a highlight of the album and a songwriting pinnacle for the band.

Out Of Time is an excellent rocker that also features an impressive instrumental middle section. This is one of several "wow" moments on the album that are a result of the overall musical depth being displayed. Kino is not "heavily progressive" in terms of the complexity of their music, but more so due to the creativity of their song arrangements.

Moving forward, the quietly effective Warmth Of The Sun leads to the catchy, Grey Shapes On Concrete Fields. This track more than any other, rekindles some of the quirky pop elements of their debut. Keep The Faith is a lyrically striking song, one that also entertains with its infectious melody. Ending the album, The Silent Fighter Pilot almost demands to be longer, but squeezes a lot of substance into its compact length. The dramatic build of the song creates a perfect finale that resonates with the listener.

Like the sequel to a classic movie, there was always the possibility that the high expectations around Radio Voltaire would result in disappointment. Thankfully, that isn't the case, as this is a very worthy sophomore effort. Strong from beginning to end, the band has created an album that presents its own solid identity while still carrying forward the reputation for quality that was created by its predecessor. It took a while to arrive, but Radio Voltaire was well worth the wait.