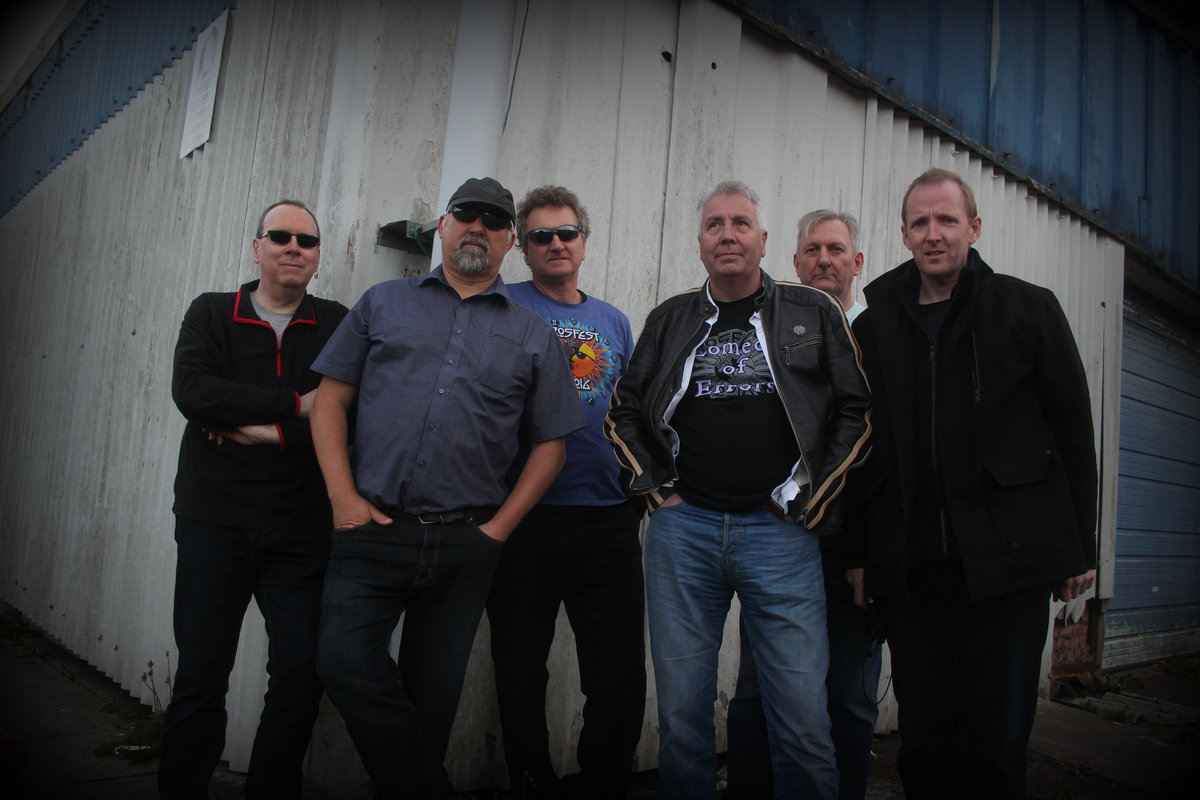 Comedy of Errors - House of the Mind - Duo Review

I'll cut to the chase and comment on the title track, House of the Mind, which is an absolutely cracking piece of symphonic prog. It has everything one expects in such a composition: repeating (big) thematic ideas, different textures and moods, soaring guitars, and some magical aural delights from Jim Johnston's keyboard work. This track itself is worth 10 out of 10.

It is followed by the sublime acoustic-based instrumental, A Moment's Peace. The sort of thing to bring you back down to Earth before the next prog epic descends upon you. It's the sort of song that you might hear sandwiched between two Transatlantic prog epics. In fact Neal Morse will be wishing he penned this one.

But back to the first track, Tachyon (apparently a particle that travels faster than light) which is a great pop-based/orientated song that sort of betrays what is about to follow. After the opening piano chords, a series of staccato piano power chords (reminding me of the intro to Sparks' This Town Ain't Big Enough for the Both of Us) accompany a seven-note thematic idea that is repeated through various parts of the song. Once the rest of the band come in, things start to really rock. This is a great opener once you've appreciated what follows it.

The next prog epic to 'assail' the ears is the wonderful Song of Wandering Jacomus (a paraphrasing of W.B. Yeats' poem entitled The Song of Wandering Aengus). It features a tapestry of sonic delights from Jim Johnston, that can only be described as Vangelis-esque. When the band enters, we are on another sonic journey, with the addition of great vocals (and catchy vocal hooks) from Joe Cairney that come closest to reminding me of Jon Anderson. The track is full of drama and cinematic tension, and some very fine drumming and guitar work. Another track that gets 10 out of 10.

Then Thank God for the (CD-only) bonus track, Ever Be the Prize; in the sense that the musical journey continues for a little longer. It is another fine song that contains a memorable melody, delivered expertly by Joe. It also contains some very fine bass accompaniment from John Fitzgerald and some nifty footwork and hands from the drummer Bruce Levick.

The shortest track, One Fine Day, in some ways is the 'difficult middle track', sandwiched in between all these prog epics. At first this song seemed out of place, but after a good few listens it did grow on me, although I can't help thinking it's an album filler with it just clocking in under three minutes. It has a medieval folk vibe to it, that in some ways reminds me of Wishbone Ash's Throw Down the Sword.

One of my minor criticisms of this band's last album, Spirit, was the paucity of cracking guitar solos. Well not so on this album, with some stellar fretboard work from both guitarists, Sam McCulloch and Mark Spalding.

This is CoE's fourth studio album in recent years and I would consider it to be their best. For my money, these guys are up there with the best neo-prog bands in the world. A continuing maturity in composing and musicianship, and an abundance of sheer sonic delights makes this a contender for the best album of 2017.
Ian Smith's Review
Glasgow based Comedy of Errors (CoE) are one of the most underrated bands in progressive rock in terms of quality and recognition. In the early 80s when I first saw them live in Peebles, their music was firmly in the vein of early Genesis and Marillion and then after singer Joe Cairney departed, the band in my view lost their way musically and ended up on an indefinite hiatus.

Reformed by Jim Johnston and reunited with Joe a few short years ago, it led to a triumphant return to classic prog, in a way that has launched the band that surprised many but not me! Now frequently playing in Europe as well as gigs in the USA and Canada, their music is finally reaching the acclaim it so much deserves.

Before I review the new album, House of the Mind, I want to drive home the fact that CoE are excellent. Jim is a wonderful composer coming from a classical background with Mark Spalding who is one the best guitarists I've heard, period. CoE are completed by Bruce Levick, John Fitzgerald, and Sam McCulloch, who are outstanding musicians. All fine bands need a frontman and in Joe Cairney they have the finest. His voice is versatile and consistently superb making him irreplaceable. A gentleman and born to be prog singer/frontman.

So there is the background and pre review hype!

House of the Mind consists of six tracks and in some ways is natural progression to previous album, Spirit. However, this album is packed with ear candy and without doubt superior.

Opener, Tachyon, starts with a lengthy atmospheric intro and is one of three outstanding tracks on the album. A melodic feast that features at times etherial vocals from Joe Cairney and sterling guitars from Mark Spalding.

Title track House of the Mind is a musical journey with beautiful melodies throughout. Each musician is displaying their qualities from the start. Genesisesque in places but CoE in every respect.

These songs are accompanied by an acoustic-driven and instrumental, A Moments Peace, which is as beautiful as it is melodic. Ever Be the Prize, a re-recording of one of their earliest sons, reminds me of the Genesis album Duke in places, before launching into the up tempo vocal lines. And there is, dare I say, my least favourite track on the album, One Fine Day. It is not a bad song but just a little bland when compared to the rest of the album.

To conclude this review, as an album this should be in the year end awards - it is that good. You will not regret the investment - it's great!
Conclusions:
Alan Weston: 9 out of 10
Ian Smith: 9 out of 10
Album Reviews