USA-born Swedish Nad Sylvan has been muscially active since the 1970s. Having played different genres, being in bands with people like Roine Stolt and Steve Hackett tends to make your writing more progressive. DPRP's Patrick McAfee talks to Nad after his latest release, The Bride Says No. 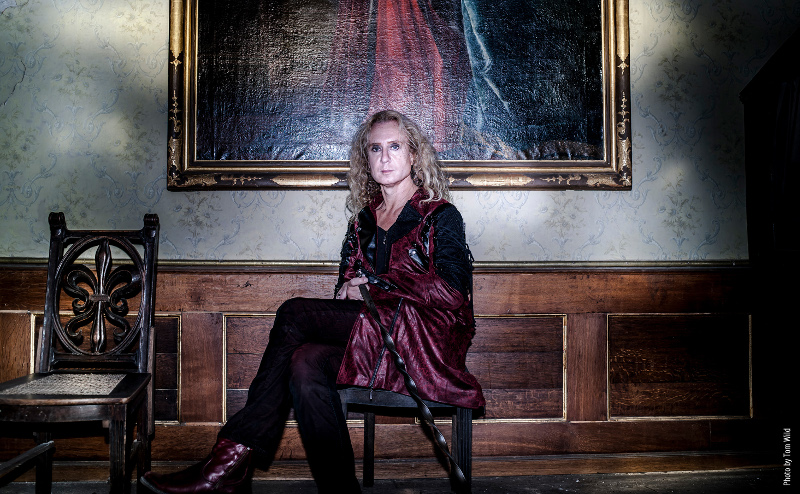 [DPRP] Nad, thank you for taking the time to answer a few questions. I truly appreciate it. I've had the opportunity to listen to The Bride Said No several times and I think it is outstanding.

[Nad] Why thank you very much. I'm very happy with it.

I first discovered your work via the Unifaun album several years ago. As a huge Genesis fan, I thought the album played like a tribute to the band, but also worked extremely well on its own musical merits. Considering your own admiration of Genesis, do you still get a bit awestruck when you are performing this great music on stage with Steve Hackett?

Yes I do, especially when I feel it went down well with the audience. I still have to pinch myself sometimes.

The current Steve Hackett tour spotlights Wind & Wuthering's 40th anniversary. The Genesis eras are generally catagorised as The Gabriel Years and The Collins Years. As a performer (or as a fan) do you have a preference for either era?

Funny thing, I don't. As long as Steve was in the band, they delivered the goods, at least to me. I don't care who sang the songs. That's not important to me. 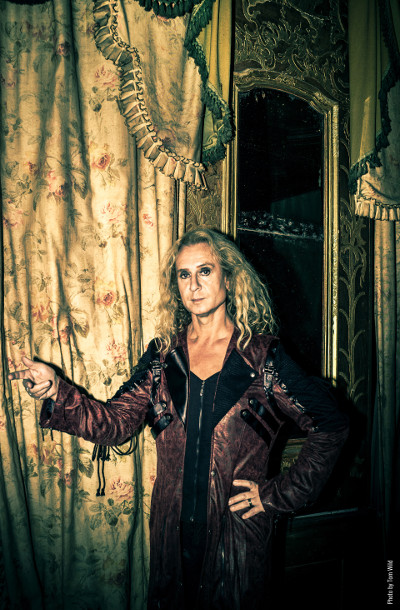 Your new album, The Bride Said No is certainly progressive rock, but there is also a very accessible musical vibe to found throughout. There is a more commercial sound to this album, that is extremely appealing. Prog fans will still find much to enjoy, but they may also find themselves humming some of the tunes. To my ears, it is a very diverse album as well. Was there an intent to move things a bit more into a different musical direction for this record?

Yes I felt it was time for the ship to enter new waters. No point in repeating myself really, although I hope I have made a mark big enough for people to realise I do have my own identity and that I can do more things musically than you perhaps thought and expected of me.

When the Music Dies is outstanding. In my opinion, it is a career highlight song for you, and considering its subject matter, it is a truly powerful and emotional track. Can you provide any details on the inspiration for the song?

Well, this is when collaborating with other songwriters goes right. You entice one another. It's a song based around a chord sequence and a beat done by Anders Wollbeck. I wrote the melody, and the words we did together. With all the musical greats that passed away last year, the song is a tribute to them all. It's a song full of love and respect to these iconic figureheads.

What Have You Done features astounding duet guitar solos by Steve Hackett and Guthrie Govan. In fact, the album really has quite the All-Star Line-Up. With such a talented group of musicans to choose from, it must be very challenging at times to decide where you should feature them. Do you have a process to determine who should play on which tracks?

On that particular track I had initially asked Andy Latimer (Camel) to track a solo for me. Unfortunately he took sick and simply couldn't do it. I then asked both Steve and Guthrie, hoping at least one of them would find some time to do it. They actually delivered on the same day, which completely surprised and amazed me. I simply had to extend the solo segment and in a way, go totally over the top with it. But I think it works.

Now to get down to your question - I basically hear who could do what in my music. Musically I know these people since years back. They are my heroes and I am in complete heaven working with them now.

While listening to the new album, I found myself thinking how great these songs would sound in a live setting. Having released your two recent solo albums, as well as perhaps material from Unifaun and Agents of Mercy to choose from, have you thought about doing any solo live shows around the release of The Bride Said No?

I have made a promise to Steve to always be available to him. So that comes first. However, I do want to tour my music sometime in a not too distant future. When I have another album out, probably in late 2018, would probably be a good time. I am really looking forward to it. I have been waiting a long long time in the wings.

Thanks again for taking the time to answer my questions and congratulations on The Bride Said No. It is an excellent album!

You are very welcome! And thank you yourself. I am indeed very happy and pleased with The Bride. She's very pretty!

Track List:
Bridesmaids (1:17), The Quartermaster (5:38), When The Music Dies (7:00), The White Crown (6:15), What Have You Done (8:29), Crime Of Passion (5:59), A French Kiss In An Italian Cafe (5:58), The Bride Said No (12:26), Black Sheep (7:00)
Patrick McAfee's Review
Although Nad Sylvan has had a long musical career, he has really only come to prominence in the prog scene during the last 10 years. Most notably as the front man, vocalist for Steve Hackett's Genesis Revisited tours. The music of Genesis is a perfect match for his talents, and his excellent performances play a significant role in the success of Steve's shows.

In 2015, Nad released the solo album, Courting the Widow. Though I found it to be entertaining, there was a heavy 70s prog feel to much of the material that made it feel overly retro. That said, I was still very hopeful for The Bride Said No and I am happy to say that the album did not disappoint. Though the early-period prog elements are still to be found, the overall results are more vibrant and original.

The theatrical style, that is so natural to Nad, is still in abundance here, but there is also a pop/rock sensibility in play. Have no fear, it is still a very proggy album and the real key to success is in the strong songwriting and excellent performances. Nad has assembled a top-tier guest list that includes Tony Levin, Roine Stolt, Nick DiVirgilio, Jonas Reingold, Doane Perry, Steve Hackett and Guthrie Govan. In fact, the duo guitar solos by Hackett and Govan on the track, What Have You Done are stunning.

Vocally, the album represents the best work of Sylvan's career. The dramatic approach that he is known for, is countered with more subtle moments. There is no better example of this than the beautiful and effective, When The Music Dies, which is a tribute to the musical giants who have passed away recently. The title track is also a highlight, and is one of a number of songs on the album that feature strong female guest vocals courtesy of Tania Doko, Jade Ell and Sheona Urquhart.

In terms of style, songs like The Quartermaster, The White Crown, Crime of Passion and album closer, Black Sheep fit Sylvan's style like a glove. Really, that can be said for the entire album. There is a confidence to the material and a strength in the performances that shows in the final results.

In many ways, The Bride Said No feels like the work that will put Nad's solo work on the map. Musically compelling from beginning to end, the album is a significant statement and a definite artisitc success.
Ian Smith's Review
Let me start by saying that as I have got older, I have become much more choosy about what I repeat-listen too. I neither have the patience nor the time for mediocre music, and I am delighted when a composition makes a mark on my day and leaves me wanting to listen again. The Bride Said No is an album that did both!

I don't know Nad personally but I do know and respect some of his friends who contributed to this album, namely Roine Stolt and Jonas Reingold, and I know that they don't have time to make meaningful contributions, unless the material is first class. There are of course other musicians on the album, including Steve Hackett, Guthrie Govan and Nick d'Virgilio, who all do a sterling job.

But this is Nad's album, and make no mistake, he sings, he plays guitars and piano/keyboards and composes all the music. So straight from the off, I like this album, I like it a lot!

The album has eight tracks which take you on a journey through melodic progressive rock, melancholy and emotion. The initial four songs are the standout tracks. I say that, as I'm more drawn to the first half, than the second. The finalé, The Bride Said No, is the longest track on the album, standing at 12.28 minutes, and a definite grower.

However, the absolute album stunner is What Have You Done, which is a superb composition and closes with an epic guitar solo started off by the great Steve Hackett, and finished by the magnificent Guthrie Govan! If you need a reason to buy this album, then this song alone is worth the investment.

So I recommend this recording whole-heartedly and commend Nad for producing one of the great listens of 2017 thus far.
Conclusions:
Patrick McAfee: 9 out of 10
Ian Smith: 8 out of 10
© Dutch Progressive Rock Page, 1995 - 2020