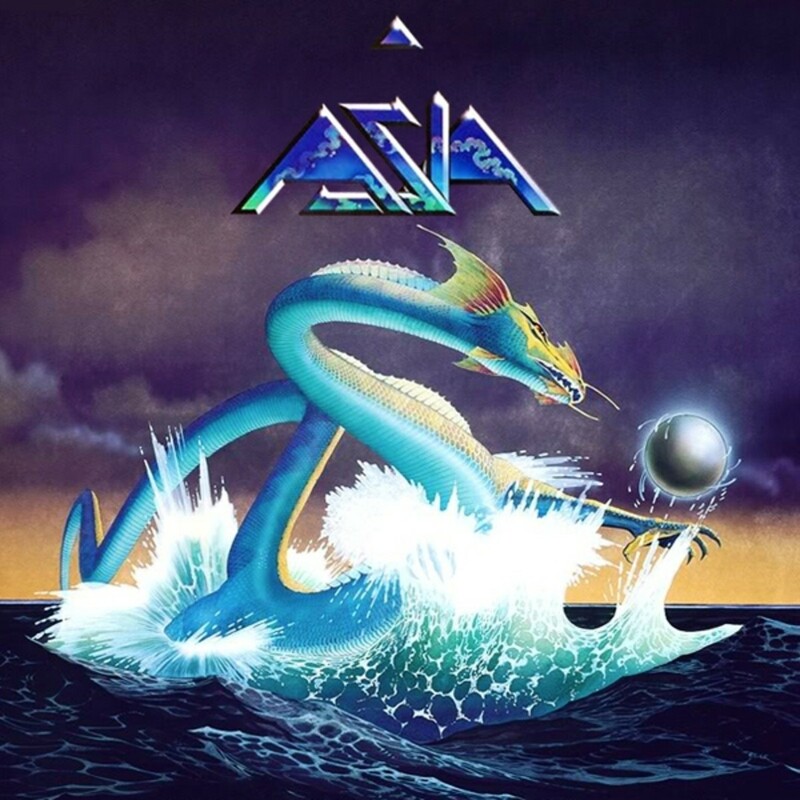 The 1980s were a difficult time for progressive rock. Some bands disbanded (Pink Floyd), some nearly died (Kansas) and others changed direction and became major pop-acts (Genesis)...

But despite the decline of interest for progressive music, some bands with 'progressive roots' managed to become blockbuster-groups. Maybe the best example of this is Asia, compiled from several legendary prog-bands, who managed to become the best selling group of 1982 in the United States with their debut album 'Asia'.

departed Rick Wakeman and Jon Anderson in YES. They join forces with Steve Howe, Chris Squire and Alan White. The Drama album results from the coalition, and a world tour follows. It soon becomes apparent that the Yes-Faithful will not accept Trevor Horn as a replacement for Jon Anderson. Yes dissolves, with Horn and Downes returning to the studio for work on The Buggles' second release 'Adventures In Modern Recording'.
Coincidentally, another British Prog Band, UK, has dissolved. John Wetton had been searching for a new sound ever since his days with Robert Fripp in King Crimson, and UK had been the logical next step in that search.

Originally a quartet with Eddie Jobson (Keyboards), Bill Bruford (Drums), and Alan Holdsworth (Guitar), Bruford and Holdsworth leave UK after the band's debut album. Drummer Terry Bozzio is brought in, and UK continues as a trio. Two more albums, Danger Money and Night After Night result from this line-up before internal difficulties between Wetton & Jobson caused an irreparable split. It is time for John Wetton to reach for the top-40 success he has so longed for. Waiting for a project to come along, he records his first solo album - "Caught In The Crossfire".
On the heels of the Love Beach album, Emerson, Lake & Palmer have taken their final bow. Together with a group of American musicians, Carl Palmer forms a new band - 'PM'. One album results before the band splits.

In early 1981, John Wetton goes to Los Angeles to meet with John Kalodner to get something together. Impressed by "Caught In The Crossfire", Kalodner had an idea of pairing Wetton with a South African guitarist looking for a new start in his career, Trevor Rabin. The two worked together for a brief time but, as Wetton remembers, something just didn't click. A more solid foundation was formed when Brian Lane brought Steve Howe into the fold, fresh from Yes, but the rest of the potential lineup was still very much up in the air.

Steve Howe and John Wetton meet and begin writing and playing with an eye towards doing a project together. Eventually, they decide to form a band. At one time, Yes drummer Alan White's name came up. According to John Wetton, Alan just never showed up. The Asia line-up "went through permutations of which the only two constants were myself and Steve. The protagonist and the antagonist. We were actually the only two at that point, and Brian Lane and John Kalodner. That was the group. And then Carl Palmer was cemented firmly into place.

And Geoff Downes was, in fact, the last one to join. Geoff was really an unknown quantity to me, but I saw a great deal of potential in his approach to the keyboard, which was less of a virtuoso, but more into the textures and quite modern sound with computers, and his writing. I thought this was actually a very good way for us to go." So, Downes & Palmer round out the quartet and a name -'ASIA'- is chosen (rumoured to have been the suggestion of manager Brian Lane). Recording begins at a furious pace. The first Asia album went into production in June of 1981 with producer Mike Stone at Marcus Studios and Virgin Townhouse in London. Stone, who had worked on hits for Journey, Queen and Foreigner, also knew the band had an amazing musical ability. The band spent five months writing, arranging, and recording nine songs for its debut that included such classics as " Heat Of The Moment", "Only Time Will Tell", and "Sole Survivor."

ASIA, the debut record, is released. The album features nine tracks. Some 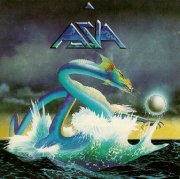 real nice sing-alongs, some ballad and some easy-listening, Although the sound of the band is 'rough-edged', the music is very accessible. When you hear the first three tracks, 'Heat Of The Moment', 'Only Time Will Tell' and 'Sole Survivor' (all Wetton/Downes compositions), you'll get the feeling you've heared these songs before. These songs are all time classics and still feature on Wetton's setlist. 'One Step Closer', written by Wetton and Howe, is a mistake - in my opinion. The vocals simply don't match and the keys are awful. 'Time Again' features a lovely heavy bass sounds and a great multi-vocal chorus. A nice bombastic end to side one.

The songs one side two are, although very accessible, a bit more elaborated. I think many of the millions that bought the album preferred side one, but if you listen carefully, you'll find much to enjoy on side two as well. 'Without You' is a lovely ballad, a bit more romantic than 'Only Time Will Tell'. 'Here Comes The Feeling' is, not unlike 'Heat Of The Moment', a nice mid-tempo song, but it features some more interesting breaks which gives some room for keyboard and guitar-solos. Carl Palmer gets his solo in 'Wildest Dreams' and all the bandmembers have their own spot in 'Cutting Fine', written by Wetton, Downes and Howe. The song combines several atmospheres and melody-types and, as a result, is of of the more complicated songs. Very nice , in fact.

Overall, Asia is a great pop album, that won't bring you long, progressive songs, but does show a tight playing band with a very own sound. This sound is the result of the solid rhythm-section the the effective sound and melody-lines of Geoff Downes and the strange, but ever interesting, guitar-solos of Steve Howe. Combined with 'catchy' melodies, the right ingredient for a git were there.
And indeed, as soon as the album was completed, Geffen knew it had a winner on its hands.  The upstart label immediately began turning the wheels of its enormous promotional machine weeks before the LPs release, to help propel the album to the top of the charts, only weeks after its release in February 1982.

Asia had only weeks to rehearse for a 30 city US tour that commenced on April 23 in Utica, New York. Although the band had planned to do a small and low-key tour, these unexpected things changed plans a lot. By the time Asia reached the 11th stop on tour (Rochester, NY) on May 5th, the debut album had already hit #1 on the Billboard charts. Nine million copies of the debut album are sold world-wide. The band is unprepared for such acclaim, given they only have 45 minutes of material for a live show. 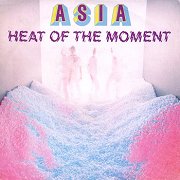 In order to round out a full show, individual solos and demo versions of songs for their next album are added into the mix. Two official videos - 'Heat of the Moment' and 'Only Time Will Tell' are also released. While on tour to support the album, a video is also shot for 'Sole Survivor'. It is rarely seen (simply a live shot of the band), and soon slips into obscurity. A video for Wildest Dreams is also commissioned, but it is deemed 'too extreme' by the band for it's graphic war footage. As the tour wears on, some cracks begin to appear in the band's personal chemistry. According to John Wetton: "It was either 110% up or 1000% down. There was no in-between."
Then, almost six months to the day after the release of the debut Asia album, a new music media outlet called MTV premiered on cable channels throughout the US and in over 50 million households.  (Downes' hit song with The Buggles ' Video Killed The Radio Star' was the first song ever played on the exciting new channel).  Asia, aware the music TV network was on the way, began shooting videos as soon as the album was finished. The result was a rock'n'roll marriage made in heaven.

Asia became one of the most played acts during the first year of MTV. Since most people were intrigued with the new concept, viewership often reached several hours a day. "You're looking at a parallel success here," says Wetton. "MTV and Asia were successful at the same time and we both came out the same year and yes, of course, MTV was instrumental in Asia's success, but then, Asia was also instrumental in MTV's success."

In order to avoid the British tax man, the band is advised to spend some time outside of the UK. They turn to Morin Heights, just outside of Montreal, Quebec. It is very cold, and isolated from the outside world. Production begins once again with Mike Stone. Immediately, Downes & Wetton emerge as the 'writing team' for the album. Steve Howe, with five writing credits on the debut record, is 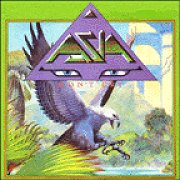 completely shut out. Tensions begin to mount between Howe and Wetton.
Alpha is finally released. It did reach the platinum-status and scored the hits "Don't Cry" and  "The Smile Has Left Your Eyes", but Geffen's hands on pressure to score undeniable radio pop hits was starting to show.  Critics again were unkind, but that was nothing new. The songs, however, did not have the same lasting power as those on the first album.  " We had a precious success," remem ers Wetton. "We came in at the top, but it was an illusion to think we'd stay there. The band was still finding its feet as a musical entity." More touring continues. On September 10th, John Wetton unknowingly plays his last date with the band at the Pine Knob in Detroit, Michigan.
Behind the scenes, Geffen and Asia's management are outraged that 'Alpha' is failing to meet the expectations set by the first record. Pressure is exerted for a major change, and John Wetton is removed from the band. Greg Lake (ex of ELP) is brought in to replace Wetton for the band's ASIA IN ASIA show for MTV in December. Wetton's comment: "My lawyer kept telling me not to go back, to fight it, and to let them (Asia) bury themselves. Looking back on it, he was right."

This is THE most discussed topic in Asia history. There is by no means a consensus on exactly what happened between September (Wetton's last gig with the original band) and December ("Asia In Asia" with Greg Lake) of 1983. In a nutshell, the disappointing sales of "Alpha", when compared to the debut album, caused an upheaval in the ranks of the record company and the band's management. Pressure mounted to make some form of change within the band, with Wetton being the scapegoat. Even to this day, the exact circumstances are unclear.