To attempt something like a "rock opera" was, in 1969, a bold, revolutionary and daring concept. Rock was still thought of as disposable "kid's music", even by many who loved it and listened to it. 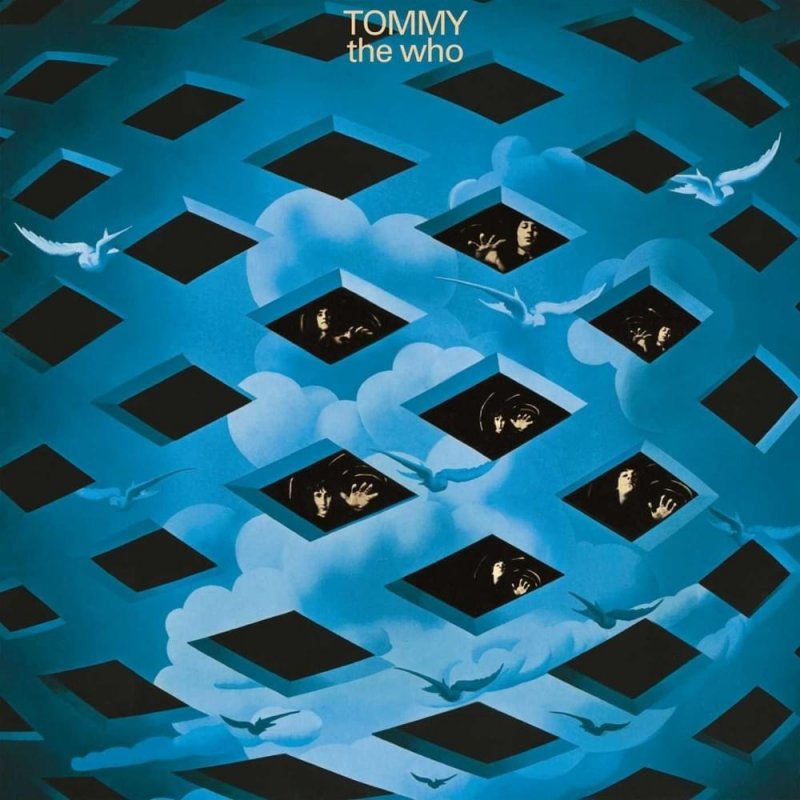 The question as to whether Tommy was the first rock opera is one that has been much debated by rock historians. Some feel that distinction most likely goes to an album entitled S.F. Sorrow, which was created by a group called the Pretty Things and released in 1968. Others (Pete Townshend included) are of the opinion that the piece is not, in fact, a rock opera. Townshend himself suggests that the first piece to capitalise on the pre-Tommy hype and call itself a rock opera was a long single Excerpt From A Teenage Opera, by Keith West, which was a #2 hit in the United Kingdom in 1967.

The idea that anything so grandiose, so "high culture" as an opera could be made out of the ingredients of rock and roll was thought by many to be a ludicrous piece of ignorant arrogance. No one was quite prepared for the popular and critical reaction that greeted Tommy when it was released as a double album in May, 1969.

Quite simply, Tommy transformed rock and roll overnight. As much as The Beatles' Sgt Pepper's Lonely Hearts Club Band did, it captured that hearts and minds of a generation and made the "adult" world sit up and take notice.

Rolling Stone Magazine, the leader of the new, youth-oriented media outlets, was clear in its evaluation: "Tommy is Townshend's acknowledged masterpiece, the record that put The Who on the map. Using a few standard Who cord progressions as motifs, Townshend constructed a virtual theory of essential rock forms, running each progression through its possibilities."

August 1969, The Who perform segments of Tommy at the Woodstock Music and Art Fair.

In 1970, The Who performed concert versions of Tommy at a number of opera houses across Europe, including the State Opera Houses in Köln (Cologne), Hamburg, and West Berlin, the Royal Theatre in Copenhagen, and the Concertgebouw in Amsterdam. The final stop on the tour was the Metropolitan Opera in New York City. The appearance of The Who at the Met marked the first time a rock group had performed there.

Two charity concert versions (in 1971 and 1972) were produced in London, by Lou Reizner, to promote the album.

In the mid 1970s, there was a musical version that played in Los Angeles that starred Ted Neeley. An Australian version featured Murray Head as Tommy.

In 1978, The Who produced a Tommy review for a limited run at the Queen's Theatre in London's West End.

The movie version of Tommy, which starred Roger Daltrey in the title role, was released in 1975. Directed by Ken Russell, the film featured such performers as Ann-Margaret, Tina Turner, Jack Nicholson, and Eric Clapton. The current stage production of Tommy is very different from the film, which was harshly criticized when it was released. One significant change made by Pete Townshend and director Des McAnuff is the ending. Those familiar with the movie will also notice that changes have also been made to song lyrics and plot elements.

With Simon Phillips on drums to cover for the late Keith Moon, The Who made a great tour in the USA, Canada, and a few dates in Europe. The overall performance of this show was remarkable because after 20 years The Who managed to play the Tommy show with even more power. There were even some charity shows to celebrate the 20th anniversary of Tommy where people like Steve Winwood, Phil Collins, and Elton John appeared. The Tommy live show appeared on video and also on CD (Join Together). Although Who fans are not so keen on these live shows (because the missing of Keith Moon), I think Simon Phillips does a great job and fit very well in the band!

Tommy opened on April 22nd, 1993, at the St. James Theater. It is currently enjoying an indefinite run. Frank Rich in the New York Times proclaimed: "_Tommy is an entertainment juggernaut that lifts the audience right out of its seats. Tommy is the first musical in years to feel completely alive in its own moment. No wonder that for two hours it makes the world seem young."