In 1968, Jimi Hendrix was getting into experimenting more and more. He was using the studio as an additional musician to the group. The group, being the Experience: Jimi, Mitch Mitchell and Noel Redding, was supplemented by a changing number of musicians every day. 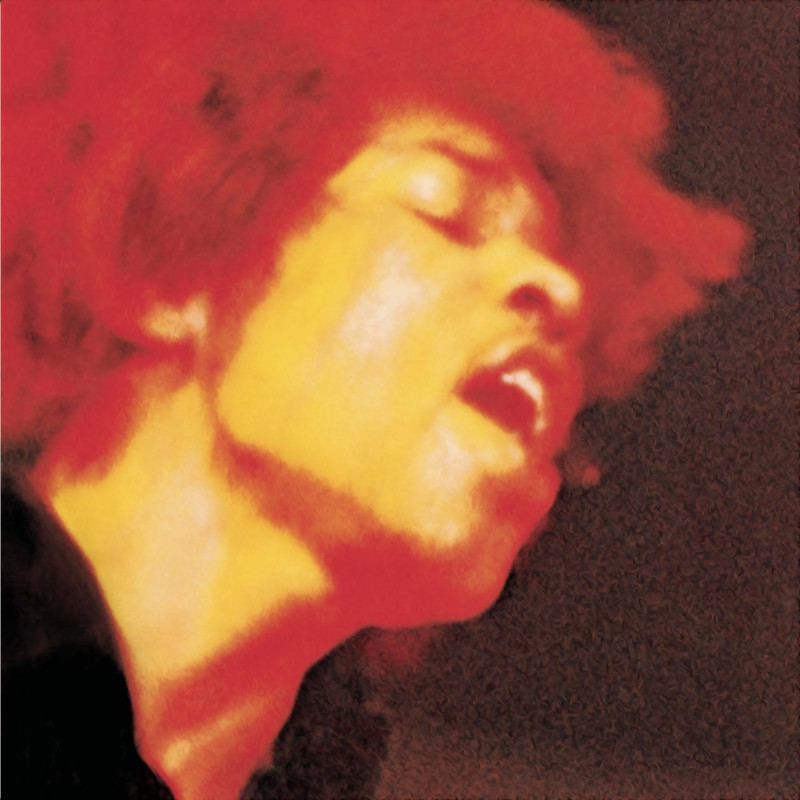 Some very fine jams were recorded and songs created this way, most notably the 15-minute blues Voodoo Chile (please note that's not the well-known, heavy Voodoo Child (Slight Return)). The band, especially drummer Mitch Mitchell and Jimi, would have liked organ player Steve Winwood to join the band, but were afraid to ask. (Winwood, in turn, would have loved the idea himself, but was afraid to ask as well...) Now that would have been an interesting combination!

Half of this album was produced by Chas Chandler, who brought Jimi to England to record his own music. He was the one more interested in shorter songs, while Jimi wanted to experiment. At one point, probably when Jimi was about to record the umpteenth take of a solo, Chas couldn't take it anymore, and left Jimi to produce the rest of the album on his own. And this is where things get even more interesting. Of course, Chandler gave Jimi the chance to do his thing, but besides the title tracks to the first two albums, things were getting more interesting for our beloved genre from here on.

OK, Jimi was a guitarist. A very special guitarist, and music was not progressive yet in the sense of symphonic as we know it right now or would get to know it a few years after this album, but progressive it certainly was! Psychedelic might be more appropriate. But that's exactly where this musical genre started anyway.

I could write a long review on all the songs, but the weirdest and most interesting thing about this album, is a 15-minute suite divided into two parts, called 1983 (A Merman I Should Turn To Be), and Moon Turn The Tides... Gently Gently Away.

Not happy with how the world was turning (most importantly, the war in Vietnam at that time), better lives had to be sought. With a reference to the myth of Atlantis, Jimi wrote this piece in which he and his girlfriend spend their last day on dry land, and turn to the sea, to live there, living and breathing under water helped by a machine. The sea, water, being the source, the beginning and the end of life. Lyrically, in the vein of the Sixties, but less sweet. Jimi touches legends combined with theories in a science fiction story.

Musically, you could still call it psychedelic. But it's the painting soundscapes, the creation of moods combined with sound effects to visualize the story, that marked a whole new way of making music. It is a league of its own, even compared to the psychedelics by, for example, Pink Floyd, which was mainly a trip. Not limited by length, structure, and instrumentation - isn't that what are the key ingredients of prog?

So many people call Jimi a big influence. His arrangement of Bob Dylan's All Along The Watchtower impressed Dylan so much, he plays his own song the way Jimi played it.

Almost two years after this album was released, Jimi passed away. He was still exploring and crossing the boundaries of how to make music. He spent days, in studios trying to create new sounds. At the end of his life, he was experimenting with techniques that could be compared to jazz. He had an idea of not playing the guitar so much, but only writing music and conducting an orchestra. Things would have been amazing, I am sure.

Jimi wrote even better music than there is on Electric Ladyland, but during his life, only one other album was released. The other records were compilations of studio material, so probably not the way Jimi had wanted it. That's why I chose this album to be included here. I think it's an essential album in the history of music in general, but also for progressive rock in particular.