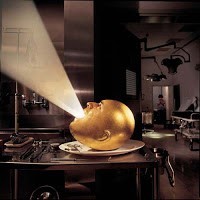 I remember this album coming out of nowhere in 2003. I was not a hardcore fan so knew nothing of At The Drive In, the band that vocalist Cedric Bixler Zavala and guitarist Omar Rodriguez Lopez bravely dissolved on the cusp of success, feeling hemmed in by fans' expectations.

The intrepid sonic explorers' new project was The Mars Volta (great name!), who sounded like a frightening collision of Van der Graaf Generator, Santana and Led Zeppelin on very, very bad drugs. In 2003 when this album came out, the prog scene was largely an irrelevance to me. On the one hand the "neo" bands all strived to be Genesis or Yes but failed, obviously, and on the other hand there were dozens of dull carbon copy prog metal Dream Theater wannabes that held no interest for me whatsoever. Even my favourite band of the time, Porcupine Tree, could never be accused of pushing any envelopes off the desk.

None of this was progressive, at all. The Mars Volta's Latino-American explosion of noise rock and super-technical playing on a dark concept album about a man in a coma, and the stark choice he faces when he eventually emerges into the conscious world was however, something else entirely.

The first time I played this album with the volume control set to stun, it left me reeling like George Foreman after the Rumble In The Jungle, but hungry for more. Thoroughly modernistic, with samples and odd industrial soundscapes in addition to the usual rock instrumentation, this music charges around with an immense energy, the likes of which had not been seen since the early knife-edge tight-but-loose extrapolations of early live Zep. Listen to the mad but glorious cacophany that is Drunkship Of Lanterns and I dare you not to impressed by its sheer power.

As was inevitable, blasting out such highly intense music was going to take its toll, and after their second, almost-but-not-quite-as-good album Frances The Mute in 2005, the band's output saw a marked suffering by the law of diminishing returns. The one time I saw the band live was a thoroughly dispiriting affair of monstrous self-indulgence and non-communication. For all that, with De-Loused In The Comatorium, The Mars Volta left us with one of the best debut albums ever, and certainly the best debut of the noughties.

From  the DPRP review archives, read Tom de Val's original review of Deloused in the Comatorium from 2003.
Read it here.

Watch The Mars Volta performing Cicatriz ESP off Deloused in the Comatorium for Japan's Summer Sonic Festival in 2003.
Listen here. 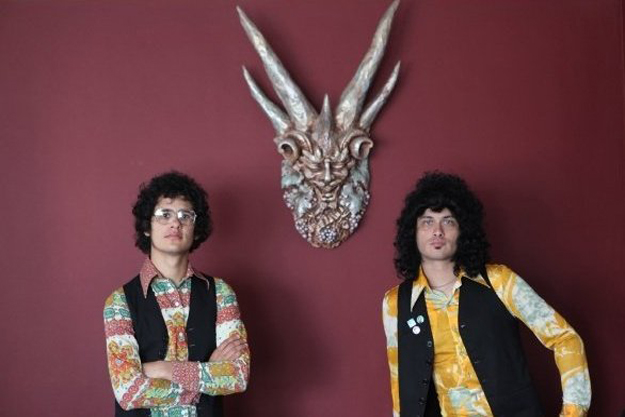