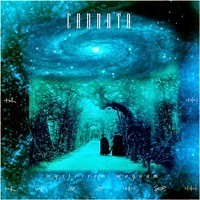 This album is one of the true hidden gems in the DPRP archives. I know that, because in over 10 years of writing for DPRP, this review has generated the most positive feedback. Indeed, two people I now like to call friends, first came into contact with me thanks to this album.

American-based singer/song-writer and multi-instrumentalist Jeff Cannata is one of the few artists sitting in the small niche described as 'Progressive AOR'. Mysterium Magnum draws together the best elements of prog rock, AOR and melodic hard rock, with Jeff's sublime songwriting and vocals. Almost a decade later, this is still a regular feature on my playlist.

Despite my glowing review, both this and Jeff's equally impressive Tamorok album (released under his Arc Angel moniker) have remained criminally under-discovered. Jeff now concentrates on making music for movies and commercials. This is a gentle reminder not to miss out.

From the 2006 archives, read Andy's original review and see what score he gave the album:
Read it here.

Watch the official Cannata video for the track Promise You Heaven.
Watch the video here.

Visit the Cannata CDBaby Store to grab your copy (and pick up Arc Angel's Tamorok somewhere too!)
Buy it here.