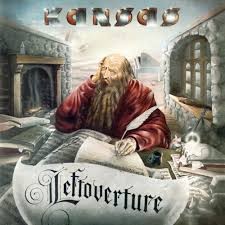 I was working in the USA on a TV documentary about American 60s music. We had been booked to record an interview at WDIA, which was Memphis's first black radio station, with DJ Rufus 'Walk the Dog' Thomas. When we got to the building, it housed about ten other radio services of all genres. I took myself on a wander and one particular 'booth' caught my interest. Belting through the glass, was the middle instrumental section of what I later found out to be Carry On Wayward Son, by Kansas. I'd stumbled across a Prog Rock radio station!

Our next port of call was Los Angeles, where I found a local record store and bought the Kansas back catalogue to play on my bang-up-to-date CD Walkman. I suspected there might have been music in this world that I'd never heard before, but unless you know someone who is also 'in the know', then you're stuffed.

All Kansas albums have an appeal to me (and Song for America is also a great album), but Leftoverture will always remind me of that day.

(In the summer of 2005 I actually got to see Kansas live at the Shepherds' Bush Empire, and it was everything I expected it would be. I think it was nearly the last time that violinist and superb singer Robby Steinhardt played with them. In another strange twist of coincidence, the following day I was on another job in the same region of London, and as we arrived at the hotel, Kansas were leaving and getting onto a bus. Compelled to do something, I approached the aforementioned, hirsute and bemused fiddle player, shook his hand and told him what a fan I was. Oddly, my first thought was: 'What stubby fingers, that can play so intricately'.)

From our Counting Out Time archives, read the original feature by the DPRP's Henri Bos, and see what he thought of the album. Read it here.

The whole album is currently available on Spotify. Listen to it here. 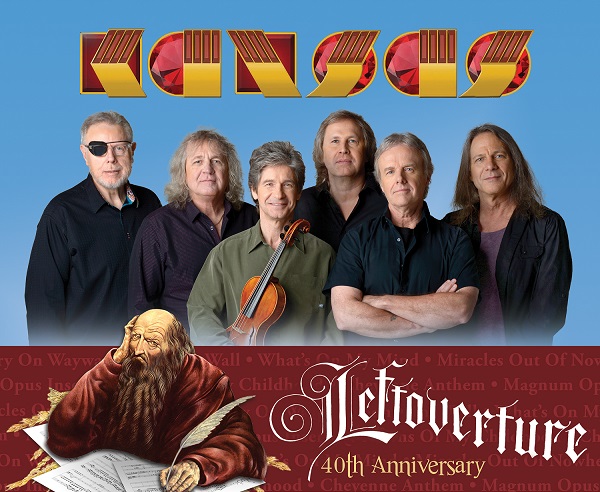