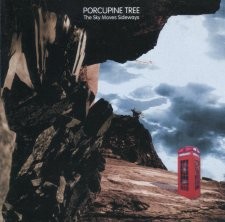 Having come to the Porcupine Tree party late in the mid-2000s and then catching them live, I thought what else have I missed. So, as all new converts do (You do don't you?) I splurged on older recordings. I liked some more than others, but found myself returning to this album, as it wormed its way into my listening habits.

An oddball record in the Porcupine Tree cannon; half solo album, half fledgling-band recording, it has a delicious tension between its spacey prog leanings, ambient rock workouts and dance elements. Porcupine Tree never really used keyboards in this way again. It is an album of the moment and paradoxically trendless at the same time.

It points to all kinds of potential paths to follow; some emerging in later recordings and some abandoned altogether. If you have been listening to Pink Floyd's The Endless River, you'll find this one got there first in many ways. The Sky Moves Sideways: endlessly playable, endlessly enjoyable.

From our 2004 archives, read the original review of the remastered 2CD version by the DPRP's Ed Sander, and see what score he gave the album.
Read it here!

Listen to the third track (The Sky Moves Sideways).
Video on YouTube here. 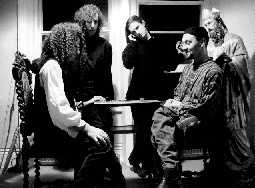