In 2021, we unveiled a major redesign and update of the DPRP website.

As you will appreciate, a lot has changed in web-design since the site was created 26 years ago. The new look has meant that some of our older articles and features, no longer fit the new format.

Whilst we shall always prioritise our coverage of modern progressive releases, we appreciate that many readers are also keen to (re)discover music from by-gone times. Thus, over the coming years we shall be (re)publishing some of these "lost" features; those that we feel highlight albums ("hidden gems") that readers will enjoy.

This series is taken from a major feature on progressive rock DVDs, first-published by DPRP back in 2008. Originally written by Erik Neuteboom, we have updated the information on each band and added links to videos and other DPRP album reviews that were unavailable at the time. The feature is being re-published over five editions, with this being the fifth and last edition. Additional reporting and editing by Andy Read. 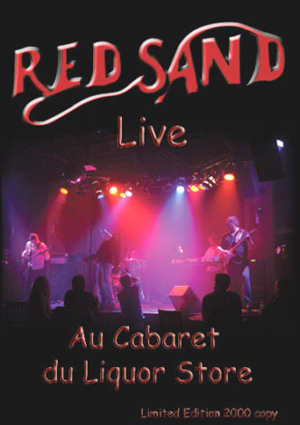 After the studio-albums Mirror Of Insanity (2005), Gentry (2005) and Human Trafficking (2007), the Canadian formation Red Sand decided to release a live DVD. The title points at a place in Quebec where the regular concert was recorded, but this DVD also contains a short unplugged session recorded in the Resto-Bar in Beaugarte in 2006.

Red Sand's sound is firmly rooted in the early Marillion tradition. Guitarist Simon Caron often plays very similar to Steve Rothery; moving with frequent howling runs and use of the tremolo arm. At some moments his sound is more in the vein of Andy Latimer as in the Camel-inspired Lost, a very beautiful song that contains wonderful interplay between the guitar and piano.

But in general Red Sand sounds like early Marillion. The more bombastic parts in Human Trafficking and Submissive (both layered with compelling Mellotron waves) are close to the compelling final parts in the Marillion epics Chelsea Monday and Forgotten Sons. And the track Blame reminds me of Market Square Heroes, very catchy and enthousiastic.

So lots of early Marillion hints but I don't mind because Red Sand plays warm and inspired, and the fans love it! The singer acts like a blend of Peter Gabriel and Fish with his police costume (Human Trafficking), mask and red cap (Submissive) and strait-jacket (Blame). However he is more subdued, not as theatrical as his heroes.

The light show is no more or less than functional and the stories are in French but the vocals in English (with an obvious accent).

This DVD is not optimal in terms of recordings and visuals, nonetheless it showcases Red Sand and their tasteful early Marillion-inspired sound with emotional guitar-work and wonderful Mellotron waves.

Founded in Quebec, Canada in 2003, this band released their 10th studio album, The Sound Of The Seventh Bell, in 2021. Still active, the band are present on Facebook and Bandcamp.

This DVD is a limited edition with 2000 copies, available in PAL and NTSC versions. A second live DVD, From Quebec To Germany, came out in 2017. 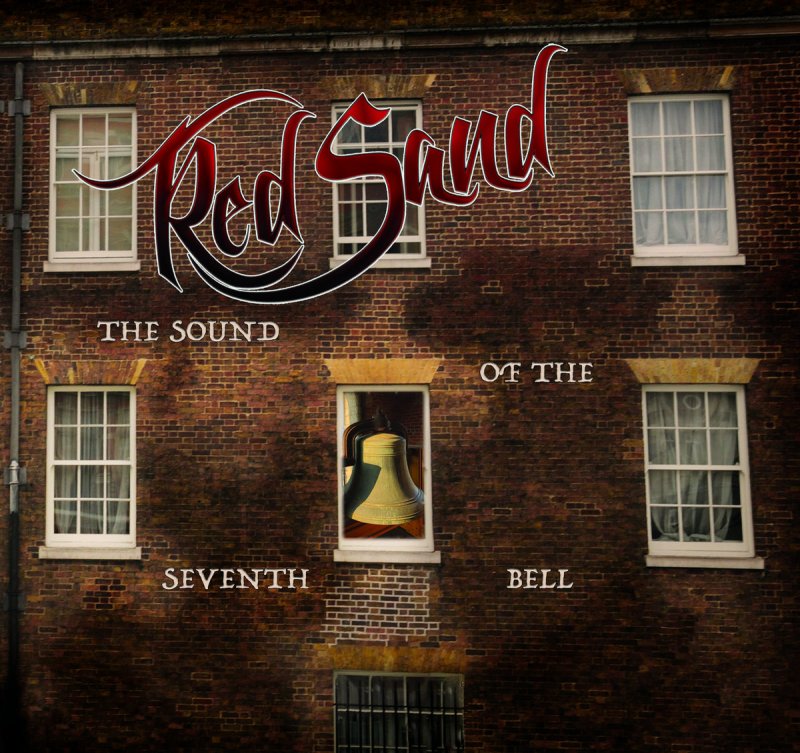 The Sound Of The Seventh Bell 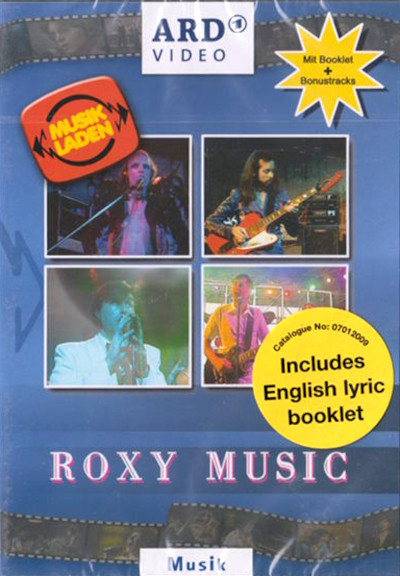 This DVD (recordings from the famous German rock shows Musikladen and Beatclub) showcases a band that looked like glam rockers but for sure their sound was progressive rock!

The focal point was the handsome and versatile singer Bryan Ferry (vocals, keyboards, mouth-organ) but some members were mighty close, like the spacey-dressed Brian Eno (great to see him on that odd Synthi-A synthesizer during Virginia Plain), the underrated guitar player Phil Manzanera (loads of powerful and moving solos) and the androgyn young genius Eddie Jobson (monumental duel on his transparent violin with bass player John Wetton on Out Of The Blue).

And don't forget Andrew MacKay (strong and distinctive work on the sax and oboe) and a magnificent rhythm-section featuring the very dynamic drummer Paul Thompson.

Roxy Music plays most of their best material here, so enjoy splendid renditions of Do The Strand, Remake Re-model, Mother Of Pearl and my highlight, the classic composition Out Of The Blue.

Let's not argue about their musical direction, art-rock or prog-rock or just pop-rock, enjoy this great band during their prog-rock heyday.

Having just completed their 50th anniversary tour, Roxy Music are still just about in existence, although they have not released any new band music since their eighth and final album, Avalon, in 1982. As they pre-dated DPRP by several decades, we have never reviewed any of their albums! 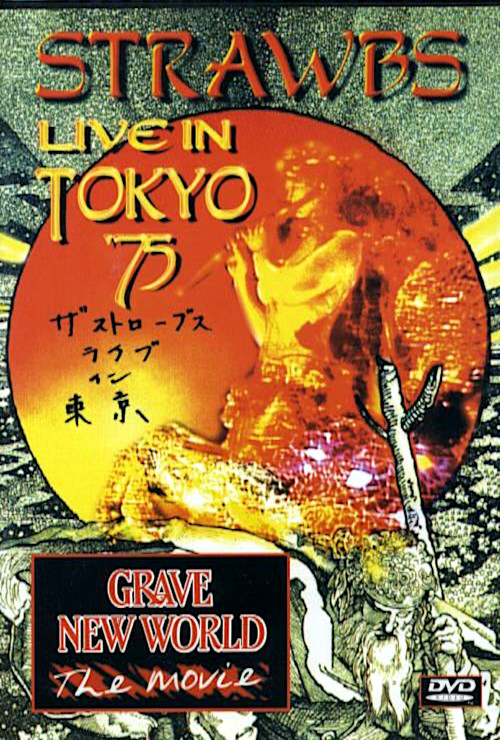 In the seventies, The Strawbs were an interesting progressive band. Their music was a blend of folk, rock and symphonic (in the vein of The Moody Blues and Barclay James Harvest), topped by the distinctive vocals by Dave Cousins.

Rick Wakeman was in the early line-up, but he had a minor role. After he left to join Yes, The Strawbs blossomed and made some captivating prog-rock albums. The driving force behind the band was (and is, recently they re-united and even released a live DVD) singer/guitarist Dave Cousins, a kind of prog-rock answer to Donovan or Bob Dylan. This DVD showcases their unique type of prog-rock in their artistic and commercial peak: the albums Hero And Heroine and Ghosts sold well.

The first part of this DVD is a concert in Tokyo from 1975 (running time 40 minutes). It shows an inspired band that play songs like Lemon Pie, You And I, When We Were Young, New World, Hero And Heroine, Just Love (straight rock with fiery guitar work from Dave Lambert) and the highlight Down By The Sea (compelling twanging electric and majestic choir-Mellotron waves). The bass player was Chas Cronk, later he joined The Steve Hackett Band.

The second part includes the film Grave New World (from 1972, almost 30 minutes), featuring the songs from the album with the same name, all visually embellished by videos. The result ranges from impressive (the gospel-like Benedictus and the bombastic Tomorrow) to the funny (The Flower And The Young Man and Ah Me, Ah My). In my opinion, this film has an undertone of typical British humour, which might not everybody's cup of tea.

The last part of the DVD is a special bonus (10 minutes) with Rick Wakeman's television debut in the song Til The Sun Comes Shining Through (he already shows his sparkling piano-play), plus an interview with Dave Cousins on a lifeboat, and a preview from the album Wakeman And Cousins with the song The Young Pretender (which contains wonderful violin-play).

A good and comprehensive DVD that shows The Strawbs at their best.

Formed way back in 1964, the Strawbs are still going strong. They are best known for their hit Part Of The Union, which reached number two in the UK Singles Chart in February 1973. Live dates for the acoustic and electric versions of the band are currently on hold due to illness, but a new album is scheduled for 2023.

Most of their peak-period prog-oriented albums came out well before DPRP could ever have existed! We did review their 2014 album, Prognostic. 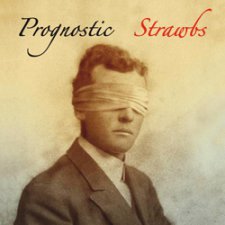 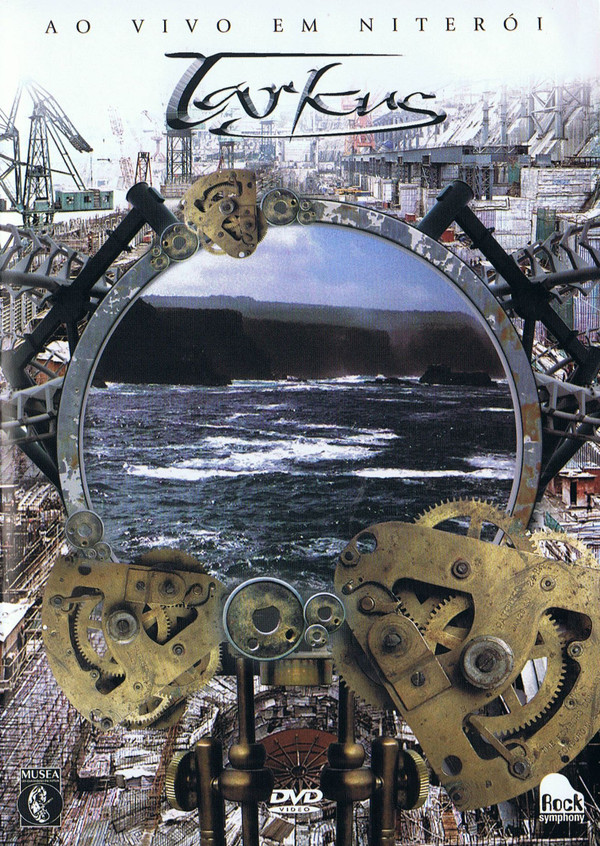 This is Brazilian six-piece band was formed in 2000 and went on to release two studio albums: A Gaze Between The Past And The Future (2002) and Mundus Novus (2006). In December 2006, Tarkus also released the live album entitled Ao Vivo Em Niteron on CD first.

The DVD version came out a year later and contained 12 compositions (the ten tracks on the CD plus two extra songs). We can enjoy many camera positions and lots of solo shots. The light show is no more or less than tasteful, with wonderful red, blue and green colours. The excellent musicians play very enthusiastically and the female singer sounds warm and passionate.

From the first moment I listened to Tarkus I was carried away by their wonderful symphonic prog compositions, featuring a lush keyboard sound (two members are keyboardists), strong and warm female Brazilian vocals (at some moments similar to Bacamarte), a dynamic and fluent rhythm-section and a crafted guitar player (from acoustic rhythm guitar to propulsive riffs and sensitive solos).

The most remarkable element is the sound of the Minimoog. The music contains lots of spectacular solos, with strong hints from 1970s Rick Wakeman. The ten compositions flow from dreamy to bombastic and some songs deliver solo pieces on classical piano (very sparkling) and classic guitar (that remind me of Steve Hackett).

My highlights on this very compelling CD include O portal with pleasant, changing moods and a great build-up that culminates into an exciting grand finale with Minimoog flights in the vein of the final part of Starship Trooper by Yes. Vida nova offers a warm intro with classical guitar and piano, followed by lots of shifting moods and again exciting Minimoog runs and sensitive electric guitar. A danca escolhida brings first a dreamy atmosphere, and then a strong build-up to a bombastic final part with powerful organ waves and propulsive guitar riffs.

The two extra songs are also worth listening to. First No campo is a solo piece on the Takamine acoustic guitar. The atmosphere reminds me of Steve Hackett in his composition Horizons. Then we have the wonderful and very compelling Vale magico. It starts with a majestic church organ sound, then a slow rhythm with a captivating electric guitar/sitar (on keyboards) duel and a grand finale featuring lush keyboards. This is Prog-heaven!

I can only conclude with a “highly recommended”. In my opinion Tarkus deserves worldwide attention, what a performance!

Not to be confused with the Peruvian hard rock band of the same name, nor the famous ELP album that they were named after, this Tarkus released two studio albums and one live album, and then disappeared forever. A genuine underground prog band. 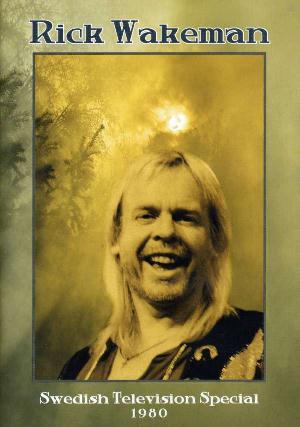 This is Moog heaven on earth!

Rick Wakeman has been my "vintage keyboard hero" since I witnessed the Caped Crusader in the Yessongs film on a huge screen in a small youth-centre in my home town in The Hague around 1976. So when I discovered this new DVD (released in 2008) in a record shop in Amsterdam, I got very excited. Also, because of the stunning track list including "classic" tracks like Catherine Parr and Anne Boleyn, and medleys of the No Earthly Connection, King Arthur and Journey To The Centre Of The Earth albums.

A friend of mine told me that this 1980-tour was the last time Rick Wakeman used a wide range of vintage keyboards. Soon after, he started to play on a huge array of (in my opinion) "boring digital Korg keyboards" because of his endorsement with that Japanese company.

During the concert, Rick Wakeman is surrounded by three piles of keyboards, ranging from two Minimoogs and a Polymoog to a Prophet 5 synthesizer, a Hammond organ and a Yamaha electric piano. Although the camera work is, at some points, a bit sloppy, we can enjoy many good close up images of Rick on his two Minimoogs (mindblowing flights on Anne Boleyn, King Arthur Medley and Journey To The Centre Of The Earth, especially the fat, Grieg-inspired runs in the final part) and the Polymoog (imagine the synthesizer sound on Wondrous Stories).

To me, this synthesizer extravaganza belongs to the best keyboard moments in prog-rock history! Also, his sparkling play on the piano is awesome, and even the guitar and bass player get some time to shine. Tony Fernadez does very well on drums. Ashley Holt pleases me with his distinctive voice, a bit raw. In general, this DVD is a perfect way to watch Rick Wakeman in full splendour. A big hand for him and his unsurpassed Moog synthesizers!

Depending on how you count them, Rick Wakeman as a solo artist has released around 80 studio albums from The Six Wives Of Henry VIII in 1973 to The Red Planet in 2020. You add to that a total over 40+ live albums and DVDs and another 20 plus box sets and compilations. DPRP has reviewed 38 albums under his name! His UK Xmas Tour 2022 started November 24th in Croyden, there will be two shows at The London Palladium on February 22 and 23, 2023, each dubbed as The Return Of The Caped Crusader, where Rick will play four different sets from his classic albums.