Many years have passed, but Erik Neuteboom has not lost his love for the combination of prog-rock and flamenco, or the progressive side of Rock Andaluz, or as he calls it: Prog Andaluz! 13 years after his Prog Andaluz article here on DPRP (republished in three parts during the past couple of weeks: #1, #2, and #3), he wrote a sequel. This is the first of two parts. Enjoy! 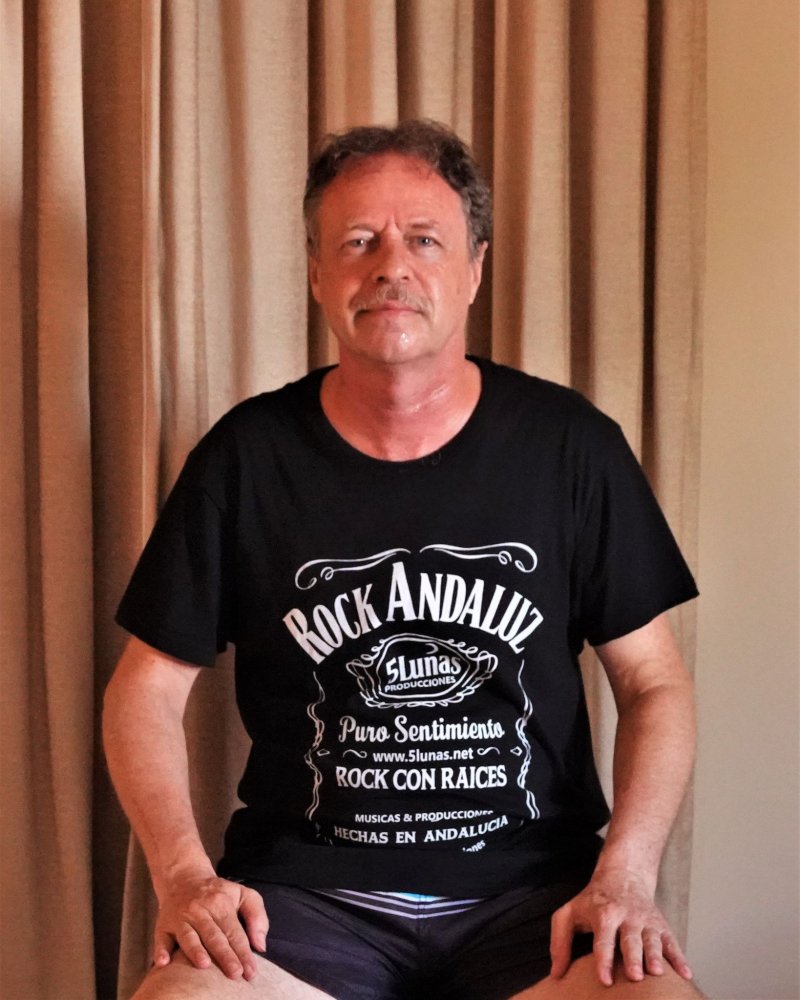 In 2009, DPRP published an article I wrote about the Prog Andaluz scene, my self-proclaimed sub-genre of the Rock Andaluz. This has been my musical passion since I listened to the pivotal formation Triana in the late 1970s.

Over the years, I discovered many Prog Andaluz gems, from Medina Azahara and Alameda to Mezquita and Cai. Last year, I stumbled upon the website 5Lunas, dedicated to the Rock Andaluz movement, I was very pleasantly surprised to notice that my beloved Rock Andaluz is still “alive and kicking”.

I ordered a bunch of albums, and I was delighted after a first listening session: what an excitement and quality! This inspired me to write an update for that first Prog Andaluz article from 2009. I have many interesting new Prog Andaluz bands to tell you about! 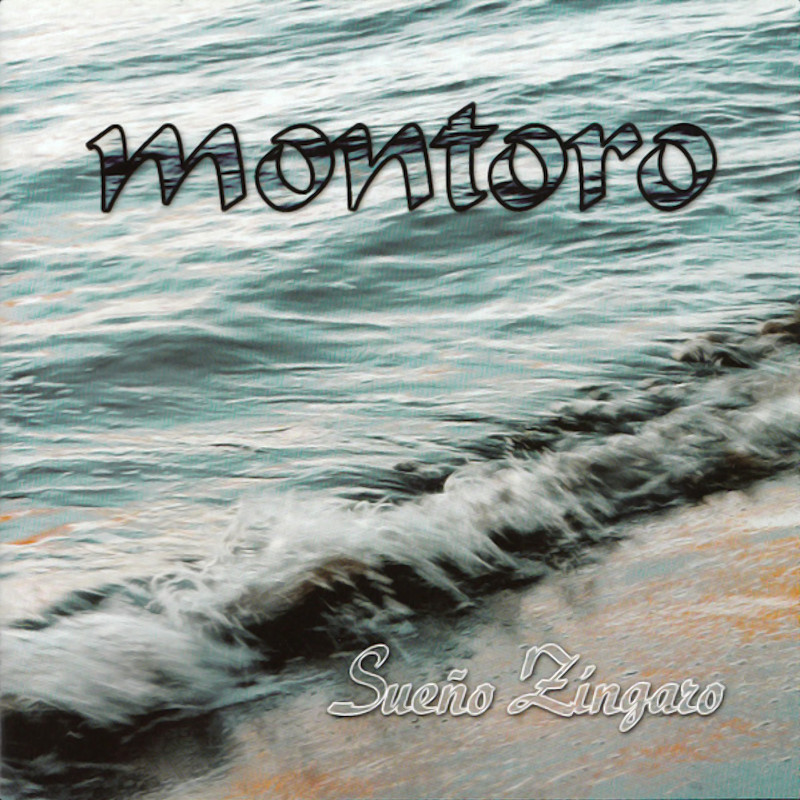 The roots of Montoro lie in Barcelona, in the year of 1981, with a band called Doble Zero. Inspired by Rock Andaluz, especially Triana, they played local and regional gigs. After some breaks, the band re-united in 1989, and two years later they released an LP entitled Esencia, under their new name Montoro. (It turned out that there was another Doble Zero.)

Due to a lack of support by their label, Montoro called it a day in 1995. In 2004, the Canton brothers (the only two remaining from the original line-up) reformed Montoro and started to rehearse. Due to different problems, it took 4 years to release the second album, on CD this time, entitled Sueno Zingaro. We're writing 2008 now. The album features 14 tracks, including 6 (out of 7) from the first album Esencia, re-recorded. In 2018, this album was reissued in a jewel case.

The music is very melodic, harmonic, elaborate, and accessible, featuring strong vocals with that distinctive emotional undertone that reminds me of Triana and Medina Azahara. There is lots of beautiful electric guitar work (from moving solos with howling runs to powerful rock guitar riffs) and tasteful and varied keyboards (from Hammond and electric piano to orchestral strings, synthesizer and Grand piano), and pleasant play on the flamenco guitar in some tracks.

In comparison with the 1991 tracks, the new songs are a bit more polished, but still tastefully arranged (from a ballad to mid-tempo beats), with an obvious Prog Andaluz climate. The musicians are skilled, the band sounds tight and inspired. If you like Triana, Cai, Alameda, and Medina Azahara, this is a band to discover. 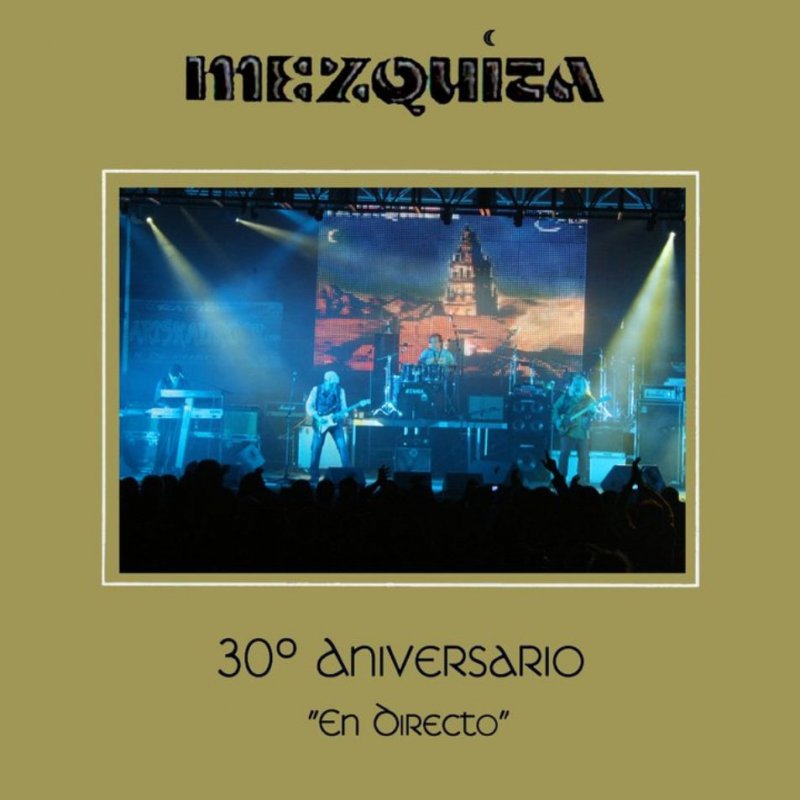 One of the most fascinating examples of Prog Andaluz is Mezquita, founded in 1978 in Cordoba. (They featured in my article from 2009, Prog Andaluz #2.) The band released two albums, the highly acclaimed Recuerdos di mi tierrra (1979), and Califas de rock in 1981. Mezquita disbanded in 1986 but reunited in 2008. Mezquita were eager to perform their beloved Rock Andaluz on stage. This culminated in a live CD entitled 30º aniversario - en directo, recorded in Cadiz (2009) and in their hometown Cordoba (2010). This CD includes 5 tracks from the first album, five tracks from the second album, and two previously unreleased studio tracks.

After a first listening session, I am delighted about the inspired and powerful live performance by Mezquita. Especially the passionate vocals of bass player Randy Lopex (with that distinctive wailing undertone of the flamenco) and the sultry sounding fat Minimoog synthesizer flights (Arabesca atmosphere) are exciting features of the Mezquita sound.

But I also conclude that the tracks from the highly acclaimed first album are more captivating, more in the vein of Moorish influenced bands like Iman and Azahar. While the tracks from the second album sound more like post-Eighties Medina Azahara. Solid and tasteful melodic rock, no more or less.

Finally, the epic composition El suicidio, my absolute highlight. First a powerful sound featuring a swirling organ solo with rock guitar riffs, wow! Then again that Arabesca synthesizer sound, in a mid-tempo, embellished with a fiery guitar solo. Halfway, short Deep Purple-like heavy prog eruptions (Child In Time style), followed by a mind-blowing vocal variation on Pink Floyd's Great Gig In The Sky. And that in the flamenco tradition. Goose bumps! The second part contains a spacey Minimoog synthesizer solo with a strong Arabian overtone, and sensational use of pitch-bend button. The melancholic climate matches the dark subject. Finally, a moving guitar solo, blended with those Deep Purple-like heavy prog eruptions. This is top-notch Rock Andaluz!

Another strong track is the title track Recuerdos de mi tierra. It starts with the sound of a Minimoog and church bells, then a mid-tempo with powerful guitar. Next lots of short shifting moods, embellished with awesome interplay, a fiery guitar solo, a slow and fat synthesizer sound, and topped with passionate vocals.

The final two songs are previously unreleased. Noche de luna contains a bombastic sound with fiery guitar work, strong interplay, rock guitar, and an Arabian vocal sound. And Eso es vivir features a catchy beat, strong (duo) vocals, a moving guitar solo, a propulsive and dynamic rhythm-section, and an exciting break with percussion. This is great Rock Andaluz music and could have been a track on the praised first album! 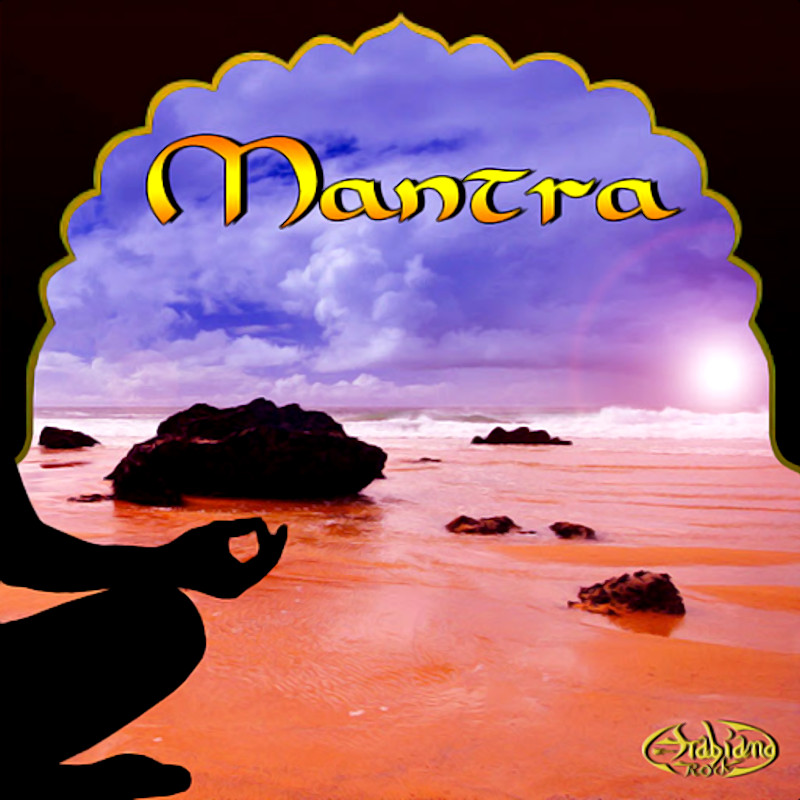 This is the one and only CD by Mantra. The original recordings are from 1979. In 2012, it was the third release by the Asociacion Cultural Arabiand Rock. With great passion, they are searching for early, never-released Rock Andaluz footage. During my first listening session, I was blown away by Mantra. What an awesome and exciting blend of Rock Andaluz and jazz-rock. The six tracks clock between 4 and 12 minutes.

Opening the album is Sanlúcar. The first and final part feature a mellow atmosphere with soaring strings. In between, very dynamic and powerful jazz rock with obvious Rock Andaluz hints (reminding me of Iman) and featuring powerful guitar, including biting wah-wah, and spectacular Minimoog flights. This is embellished with string-ensemble and Fender Rhodes electric piano, and fuelled by an excellent rhythm-section. Wow, more please!

Bajo la sombra de un ciprés opens with a mid-tempo opening with electric piano and clavinet, again in Iman-like jazz rock. It evolves into a slow rhythm with sparkling Minimoog. And from a long and moving guitar solo with howling and fiery runs, it goes to a Rock Andaluz-inspired final part with amazing interplay.

The track Acantilado delivers sensational Jan Hammer-like pitch-bend-driven Minimoog flights and fiery guitar work. The atmosphere is very dynamic and propulsive. Seventies' Al DiMeola comes to my mind, this is impressive! Remarkable is the interlude with powerful, slightly expressive Spanish vocals (though not typical flamenco). It is the only track that contains vocals, by the way.

The long intro of Sacramonte contains an atmospheric climate with Fender electric piano, volume pedal guitar play, and synthesizer sounds. Powerful and swinging Rock Andaluz takes over, like Iman and Mezquita. Again, the interplay and rhythm-section are amazing. The second part with fiery guitar and flashy Minimoog evoke exciting jazz rock in the style of Al DiMeola and Mahavishnu Orchestra. What a bunch of skilled musicians!

Arco Iris starts with a swinging rhythm with strong interplay, then a slow rhythm featuring sensitive electric guitar work, blended with the soaring sound of the string-ensemble. A powerful acceleration and a short drum solo end the song.

The epic title track is Mantra at its best! The intro with twanging electric guitars, dreamy volume pedal guitar, and synthesizer beeps and bleeps, bring Xanadu by Rush on my mind. Lots of shifting moods follow, full of sensational eruptions and breaks, topped with exciting work on Minimoog (like Jan Hammer). There's also duelling with a harder-edged guitar, fuelled by a swirling rhythm-section. The climates range from typical Rock Andaluz to jazz-rock inspired by Al DiMeola and Mahavishnu Orchestra. The music turns to mellow with a moving guitar solo, supported by the wonderful sound of the string-ensemble. This is another dynamic and exciting composition. 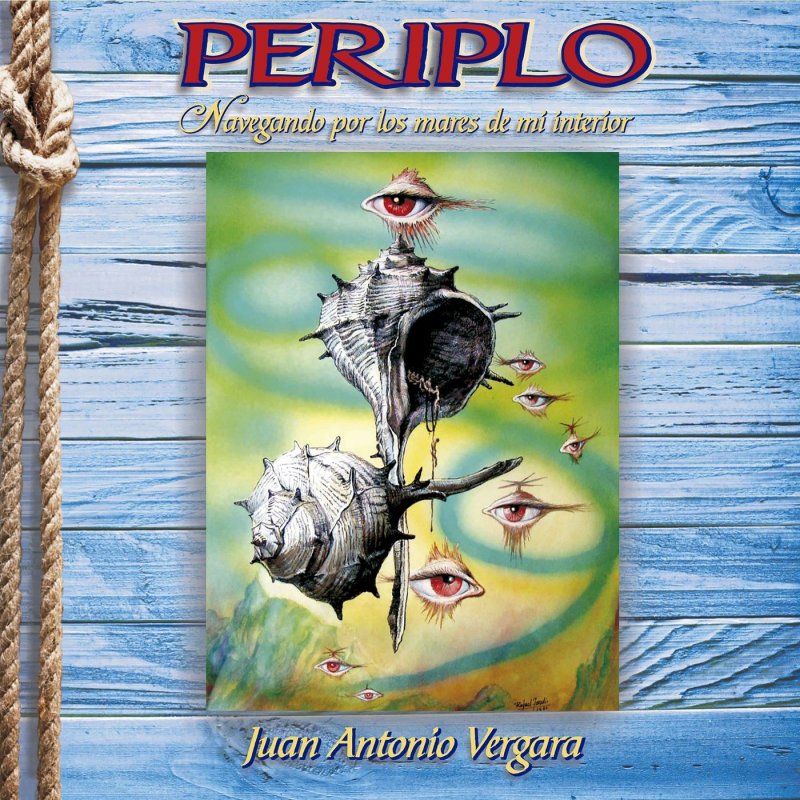 This 2CD plus book box entitled Periplo is a project by Juan Antonio Vergara, the owner of the Spanish website/mailorder service 5Lunas. The project is dedicated to the cultural movement Rock Andaluz. In 2016, he released his first book (162 pages) entitled Periplo: Navegando por los mares de mi interior, featuring personal emotional experiences (with his wife, two children, family, money, dignity, work, and music). This book is supported by a double CD that contains 30 tracks inspired by the Periplo story, and performed by an interesting selection of fifty musicians, mainly from old and new Rock Andaluz bands (from Smash, Cai, Azahar, Qualdalquivir, Alameda, and Mezquita, to Taifa and Mendigo) and Spanish prog bands (like Storm and Bloque). Together, this is an incredible bunch of Andalusian talent, experience, and passion!

The 30 tracks on the 2CD Periplo deliver not only many songs in the Rock Andaluz sound, but also a wide range of other musical styles. Let me give you an impression of that huge and pleasant variety.

Date Coraje even provides some Neo-Prog. It sounds like the "Andalusian Pendragon"!

Isla del amor, Futuro, and Reflexiones have an emphasis on electronics, and range from sequencing and spacey synthesizers to Rock Andaluz and psychedelia with a distorted Steve Hillage-like guitar solo.

We get a folky duet between flute and guitar in the first part of Descendiendo de la cañailla.

Highly recommended to all rock and Prog Andaluz aficionados! 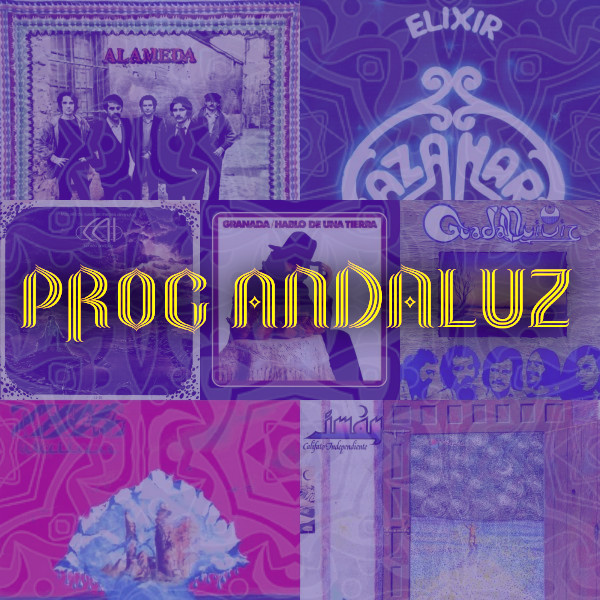 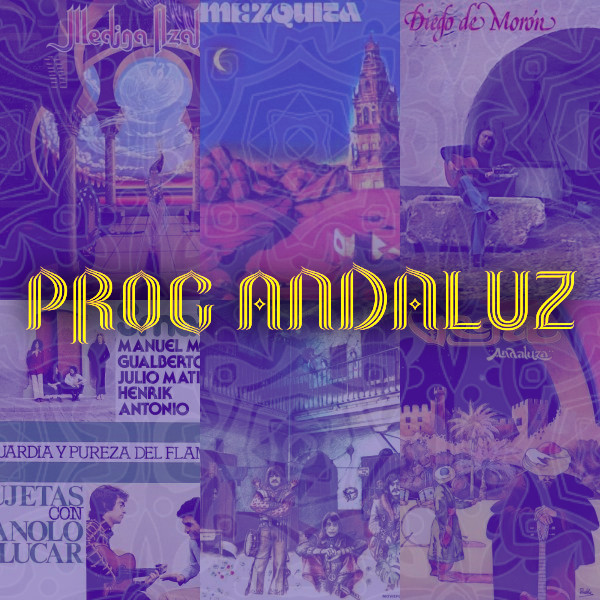 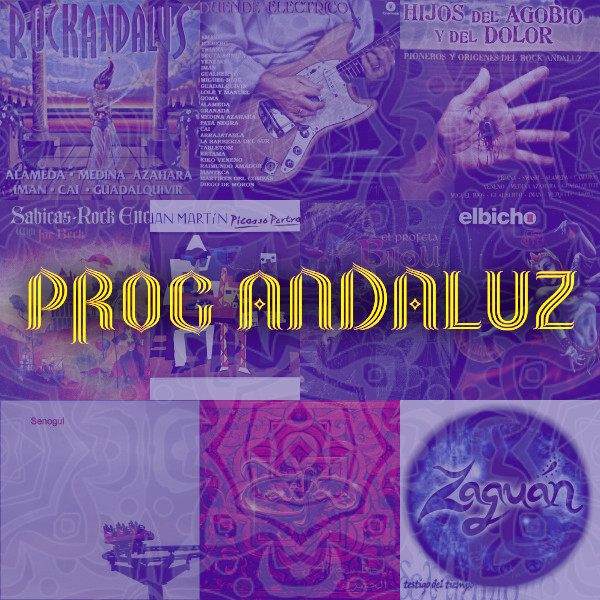 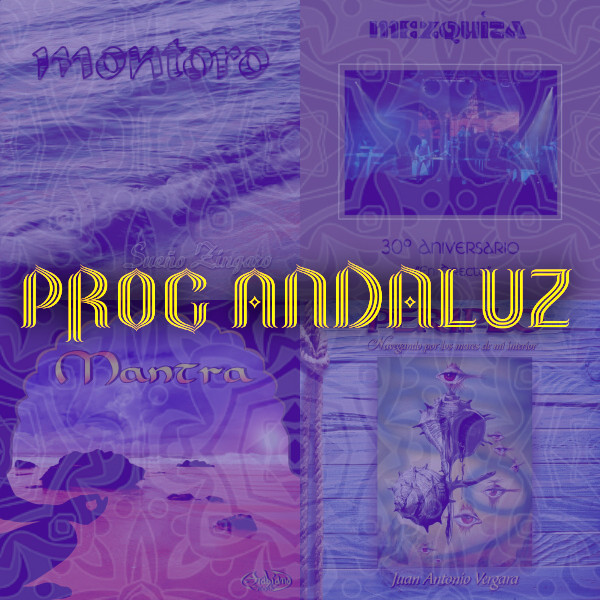 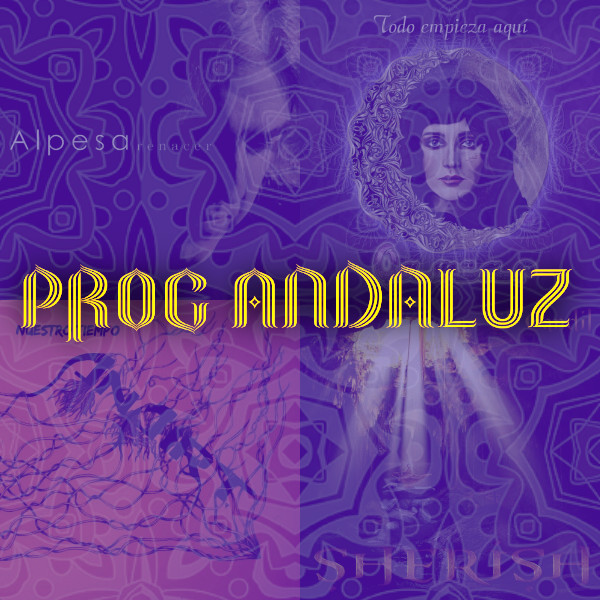