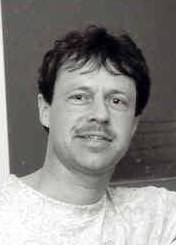 Erik Neuteboom No other country in the world delivers such a widespread blend of ethnic music combined with modern music as Spain and with the so-called Rock Andaluz in which rock, pop and prog-rock bands have incorporated the sound of the flamenco. I have taken the "artistic freedom" to separate the progressive rock formations from the rock and pop bands in order to create my own category named Prog Andaluz.

In a historical view, I consider the album Sabicas with Joe Beck - Rock Encounter from the late 1960s as the first musical encounter between flamenco and progressive music - a few years before Smash.

After the release of this album, it took almost ten years until halfway through the Seventies, before the Prog Andaluz movement really started to blossom. This was speer-headed by the trio Triana (the name is derived from the flamenco era in Sevilla) after the release of their pivotal debut album entitled El Patio in 1975.

The music is an exciting musical meeting of two worlds. There is the wealthy, upper-middle class world with the "stiff upper-lip" mentality found in mainly Southern England, in which progressive music was considered as an interesting and adventurous way to earn a living. And on the other hand there is the poor and emotional world of the flamenco musicians in Andalusia, whose music was the perfect way to express emotions, the same as fado in Portugal and the blues in the USA.

From the second half of the seventies, in Spain, many young prog-rock bands got inspired by Triana's music. Soon, the Prog Andaluz movement emerged.

Let me guide you through the most interesting bands and albums!

In general, this popular band is considered as a heavy prog version of the legendary Triana, since the latter disbanded in 1983. Although I am delighted about their captivating and dynamic eponymous debut album (1979), my favourite studio-album is En El-Hakim (1989), which in my opinion is their most mature, varied, and symphonic effort.

The opener Al Hakim ... otro lugar has that typical Moorish climate, strong and expressive Spanish vocals and pleasant synthesizer flights in the vein of Mark Kelly. The ballad Otono has become one of the crowd-pleasers: a slow rhythm featuring emotional vocals, tender piano play, bluesy guitar riffs, and some fiery and howling electric guitar. Next is Velocidad, a simple but catchy up-tempo rock song delivering some fine synthesizer runs. On La guitarra, guest musician Vicente Amigo (nowadays one of the leading new flamenco guitarists) enters the scene with a compelling acoustic guitar intro, then quick runs, accompanied by expressive vocals. This is the flamenco spirit! Later, a fiery electric guitar and sensational synthesizer flights. What an exciting contrast with the acoustic flamenco guitar play!

In 2007, Medina Azahara released the CD Se abre la puerta. It contains seven Triana covers along with one Cai cover and three own compositions - all firmly rooted in the Prog Andaluz tradition featuring a powerful and tight rhythm section, heavy guitar work (lots of fiery solos and propulsive guitar riffs) and excellent vocals. The singer turns out to be a perfect blend of the traditional flamenco singer and the archetypal rock singer, what emotion and what a power! 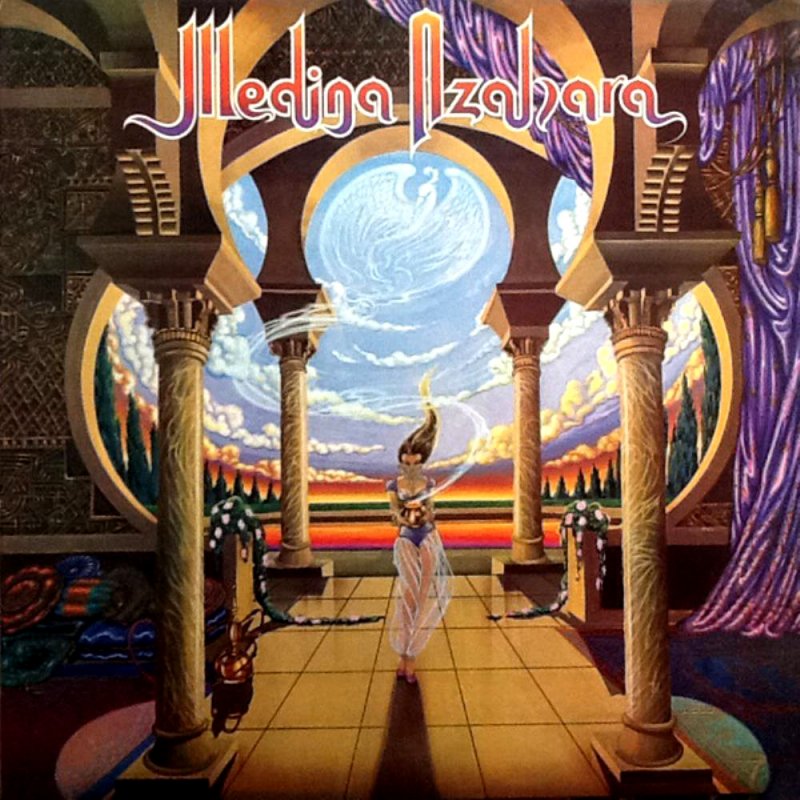 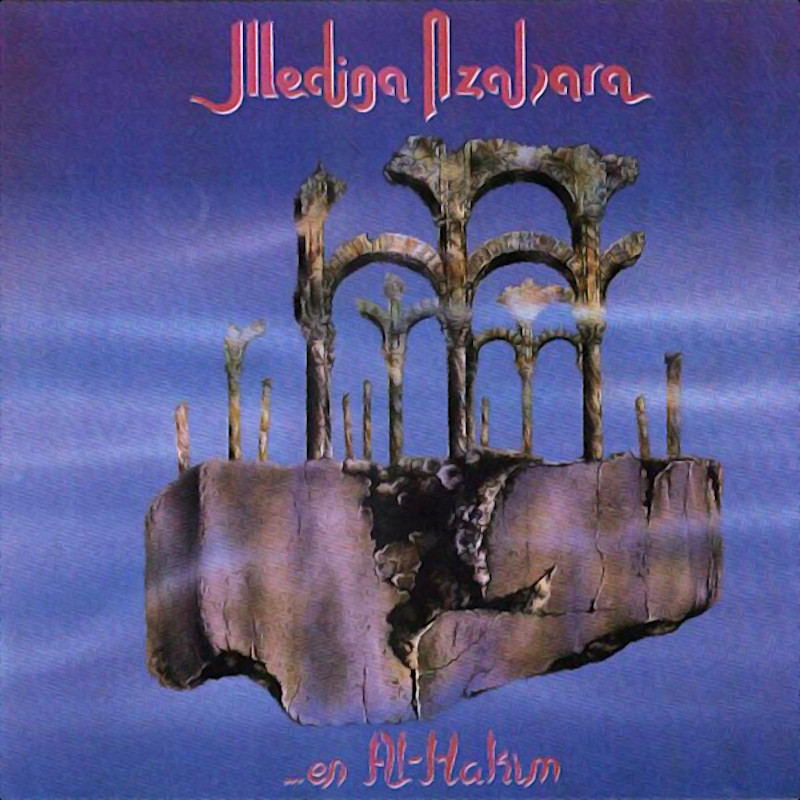 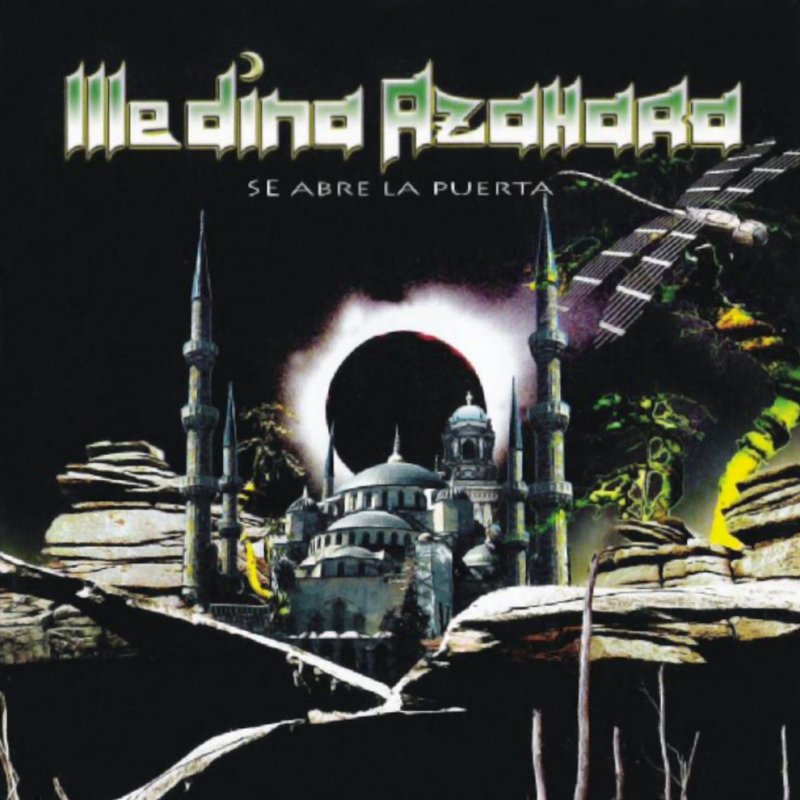 Mezquita made two albums: Recuerdos de mi tierra (1979) and Califas del rock (1981). The first one is highly acclaimed, while their second effort is considered a rather poor successor.

A trademark of Mezquita's music is the exciting interplay between electric guitar and synthesizer, frequently blended with emotional flamenco guitar runs. If you listen to Mezquita, you will be stunned by their dynamic and compelling progressive blend of several styles, from 1960 rock to jazz-rock. When listening to this debut album, I am carried away to Prog Andaluz heaven. What a pity that Mezquita turned out to be a one-shot-band! 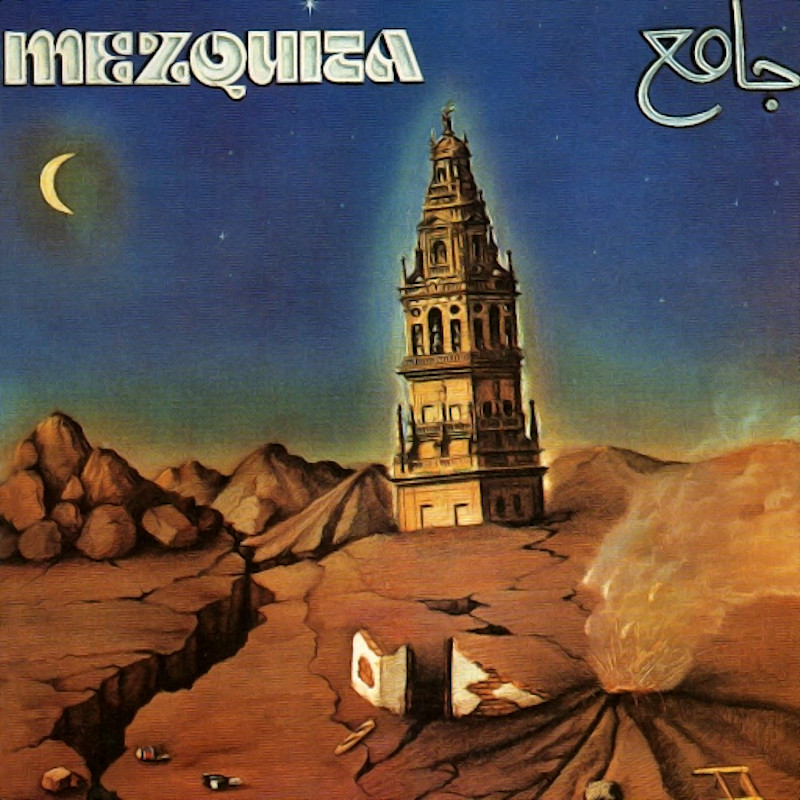 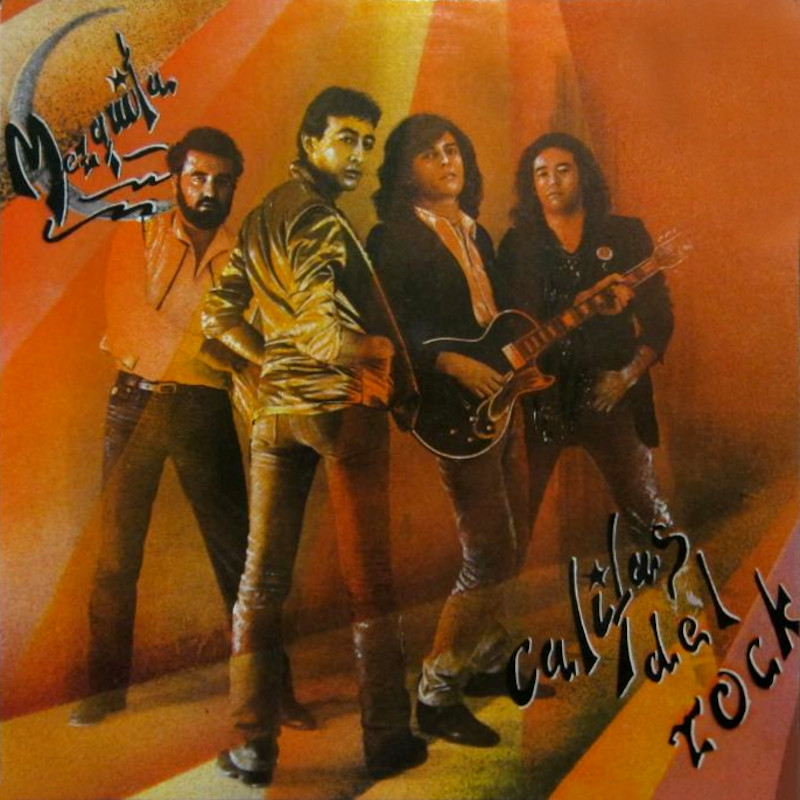 Diego De Morón (real name Diego Torres Amaya) is a flamenco guitarist who decided to broaden his musical horizon. The result is a captivating eponymous album, released in 1977.

On this record, De Moron is accompanied by members from the well-known Spanish prog-rock bands Triana and Granada, which is a very promising combination! Don't expect music like Triana, Cai, or Mediana Azahara, though. This album is less symphonic, and the focus is on the art of the flamenco guitar. But if you are up to flamenco and progressive rock, Diego De Moron delivers wonderful and often very exciting music.

The album contains eight tracks, four with contributions from members from Triana and four with members from Granada. Diego plays the typical flamenco rhythms like Bulerias, Alegrias, Tarantas, and Tangos, embellished with typical flamenco guitar techniques like picados (quick runs), tremolo (a trembling sound), and rasgueado (quick downward strokes with the fingers nails). At some moments you hear soaring strings and synthesizers, a very compelling musical experience!

Another good composition is Suenos Rotos, featuring the Media Granaina (where Robby Krieger of The Doors based his guitar-play on in their song Spanish Caravan): the intro has lush synthesizers and the climate is very moving because of the intricate flamenco guitar play. An album to discover for Prog Andaluz aficionados. 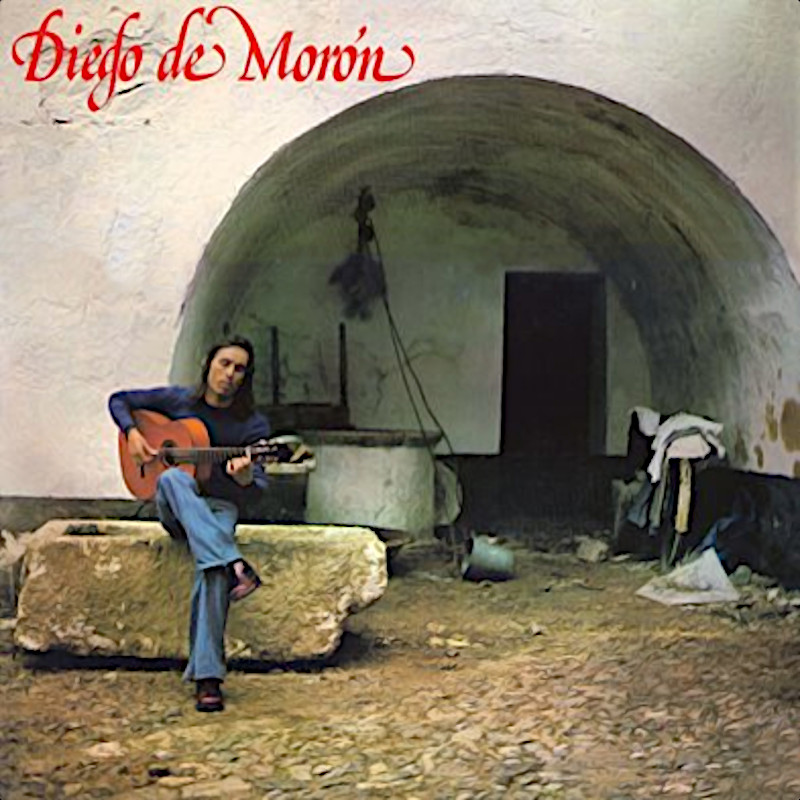 In general, this popular band is considered as one of the pioneers in blending rock music with flamenco. Their eclectic sound contains elements of 1960s rock, psychedelia, ethnic music, and Rock Andalus. Smash released one EP and two albums between 1970 and 1972 (plus a series of singles), disbanded in 1973, and then reunited in 1978 to make the highly acclaimed LP Vanguardia y pureza del flamenco (with Smash on side A and the artist Agujetas on side B).

On the first half of this third album from 1978, you can enjoy the unique atmosphere that was created by blending late sixties rock music (like CCR, The Kinks, and Cream) with flamenco. There are catchy rhythms and a flower-power climate with wah-wah guitar and cheerful flamenco vocals in El Garrotin. Alameda's Blues has flamenco vocals and solos on electric and flamenco guitars. There is a great tension between a flamenco rhythm guitar and wah-wah electric guitar in Ni recuerdo, ni olvido, which also includes fiery electric guitar solo.

The other half of this album is filled with songs by Agujetas, a Spanish flamenco singer, with Manolo Sanlucar on guitar. This duo delivers typical flamenco rhythms (compas) like the Tarantos, Soleares, Fandangos, and Bulerias, featuring exciting flamenco guitar, that distinctive and often wailing flamenco vocals and some 'palmas' (handclapping). In a few tracks, the guitar player plays flamenco on the Indian sitar, which is very special to hear! I am sure that this music is not every proghead' cup of tea, but those who love flamenco music will have a good time.

Agujetas also made an album with Gualberto, the guitarist of Smash. Gualberto released several solo albums between 1975 and 2003. 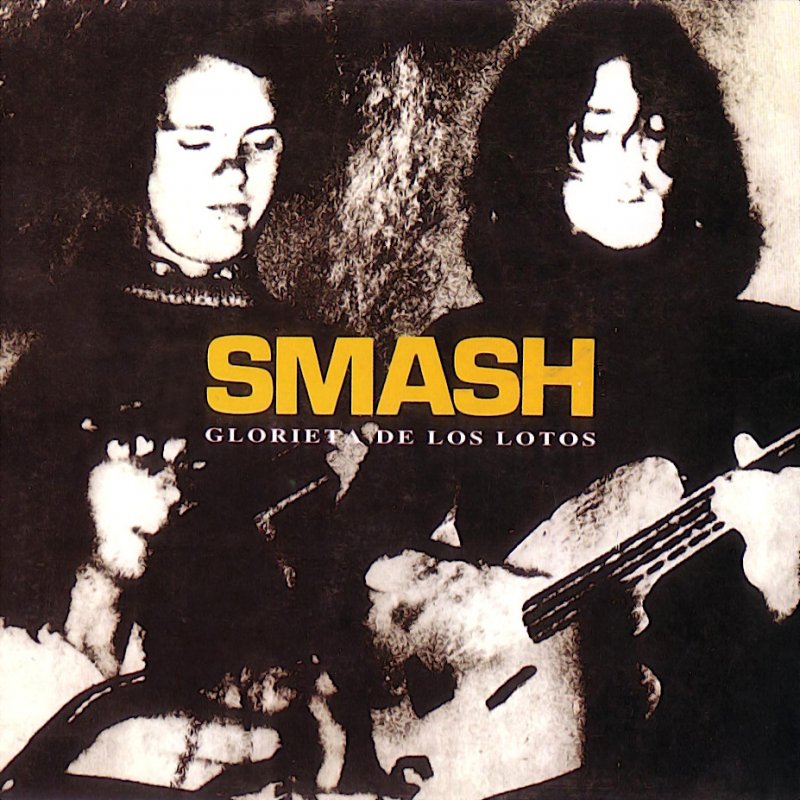 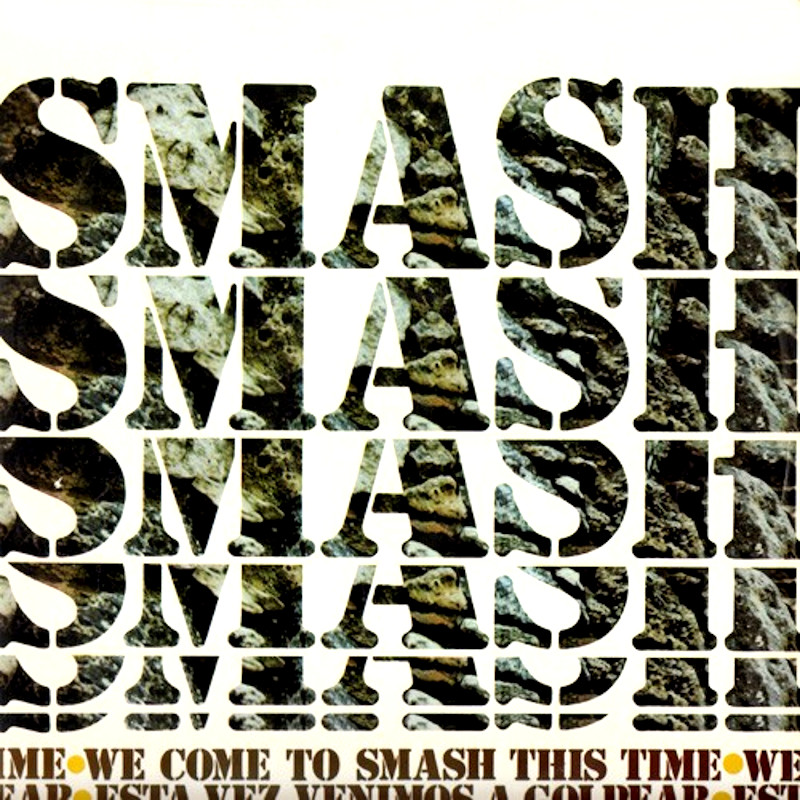 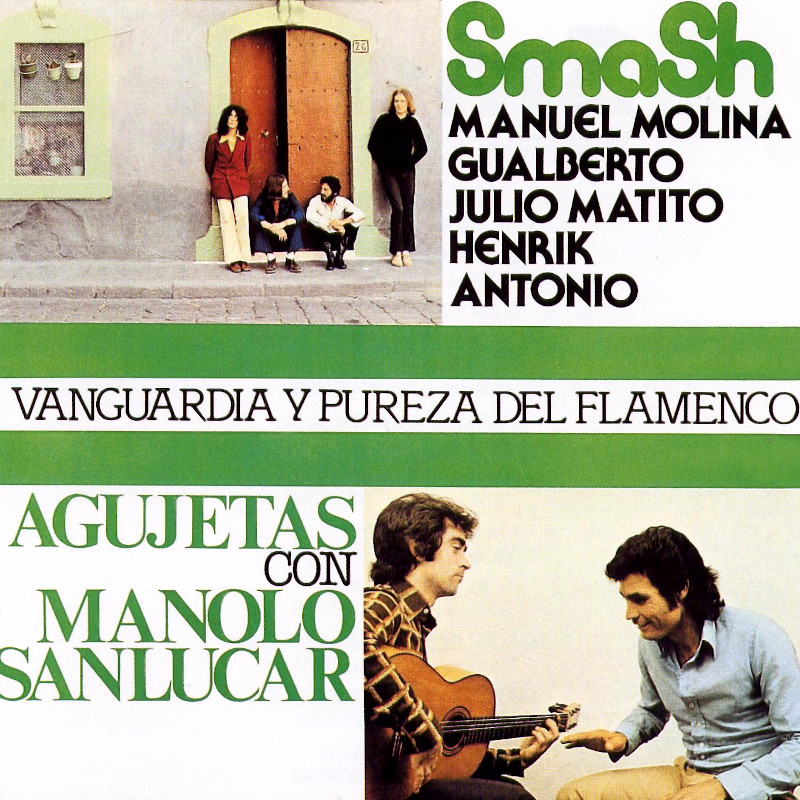 Triana was founded in Sevilla and is the most legendary and pivotal progressive rock band in Spain. Their debut-album El patio from 1975 remains their most acclaimed effort. It is an exciting blend of flamenco and progressive rock, and it paved the way to the flamenco-inspired progressive rock in Spain, culminating in bands like Azahar, Cai, Alameda, Qualdaquivir, Mezquita, and Medina Azahara.

The opener on El Patio is the long composition Abre la puerta. It starts with choir-Mellotron, piano, and flamenco guitar (tremolo-technique). Then the typical, sensitive and skillful flamenco guitar blends with piano and soft synthesizer chords. A fluent and tight rhythm-section carries the music to a powerful acceleration with the typical flamenco vocals, expressive and a bit wailing. The rest of this song contains lots of shifting moods that range from mellow, with flamenco guitar and choir-Mellotron, to propulsive with powerful drums and howling electric guitar - very moving.

Most of the other six compositions are in the same vein: beautiful shifting climates with typical flamenco elements like palmas (handclapping), rasgueado (quick downward strikes across all strings) and picados (quick runs on the guitar with two fingers), along with tasteful keyboards (organ, synthesizers, Mellotron, and piano) and fine electric guitar play. The final two tracks are splendid compositions. Beautiful interplay between the flamenco and electric guitar, and a bombastic finale with rasgueado, organ, and electric guitar in En el lago, and powerful drums and a howling and biting electric guitar in Recuerdos de una noche.

I consider El patio as Triana's best and most compelling effort. But know that their second album, Hijos del agobio from 1977, and third album, Sombra y luz from 1979, are in the vein of El patio and worth checking out as well.

Unfortunately, from their fourth release Encuentros (1981), the prog-rock elements had almost disappeared and Triana's sound became a bit too polished and predictable. They still sold millions with this pop-rock-flamenco formula in the eighties, though! In 1983, singer/keyboard player Jesus de la Rosa died in a car-accident and soon Triana called it a day. But the fans kept on buying Triana albums, and the many compilations that were released sold very well. Without any doubt, Triana is the most popular Spanish band ever. 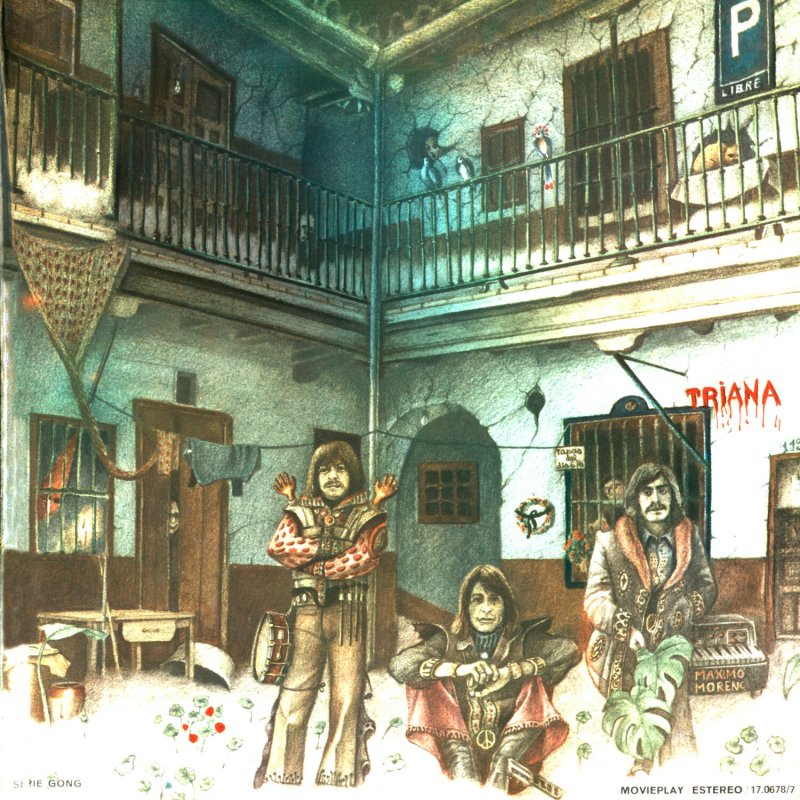 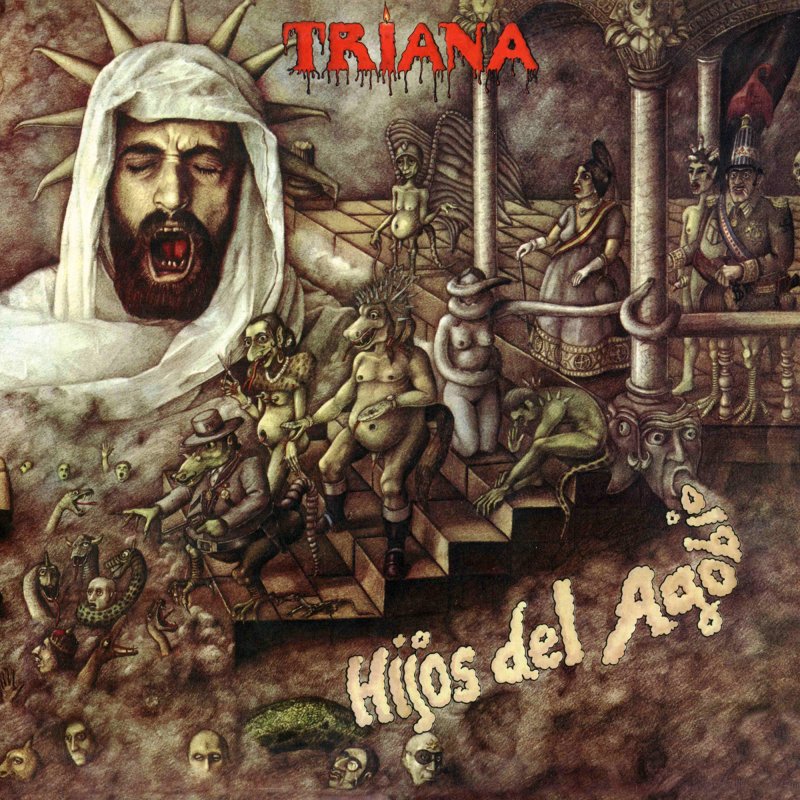 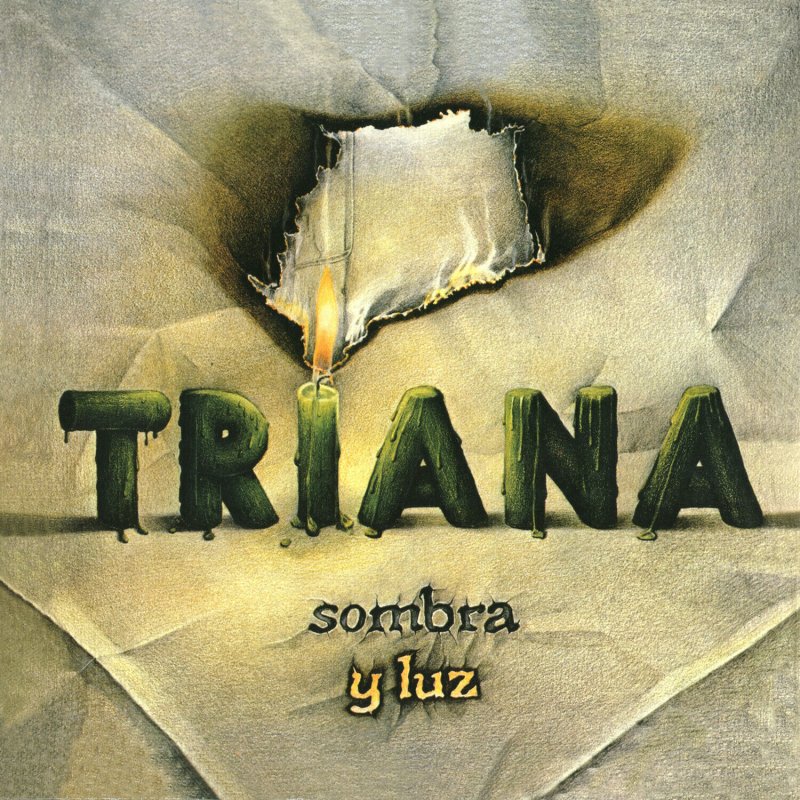 One of the most interesting Triana compilations is Se de un lugar, released in a double fold-out digi-pack version. It contains two discs with twenty-four tracks, many from their best three albums. And for the first time: a DVD. That DVD is a 55-minute documentary with footage from several TV music programs between 1974 and 1981, like Mundo Pop, Ahora, Popgrama (beautiful scene in a Moorish palace), and Aplauso. Most of the thirteen songs are interrupted by commentary from the band members, people who worked with Triana, and people who have been influenced by Triana, like a musician from Ketama, the known "new flamenco movement".

Some songs from the later period sound a bit polished (like Corre), but in general, this DVD shows a stunning and very talented band that delivers music that has a perfect balance between the emotions and skills performed within electric and acoustic music. If you are up to discovering the wonderful world of flamenco, then this historical document is a splendid Christmas gift. Feliz Navidad y un prospero ano nuevo para todos los aficionados de Triana, el grupo numero uno!

Vega is the band by guitar player Tomás Vega, who made two albums that are interesting for Prog Andaluz aficionados.

On his debut LP entitled Andaluza (1978), Vega delivers a pleasant progressive blend of several styles, with omnipresent flamenco guitar work, performing sensitively and with exciting duels with a fiery electric guitar. The atmosphere changes from dreamy, with tender piano or romantic strings, to swinging rhythms with powerful and flowing electric guitar (evoking Triana, Mezquita, and Iceberg), and an adventurous rhythm-section. 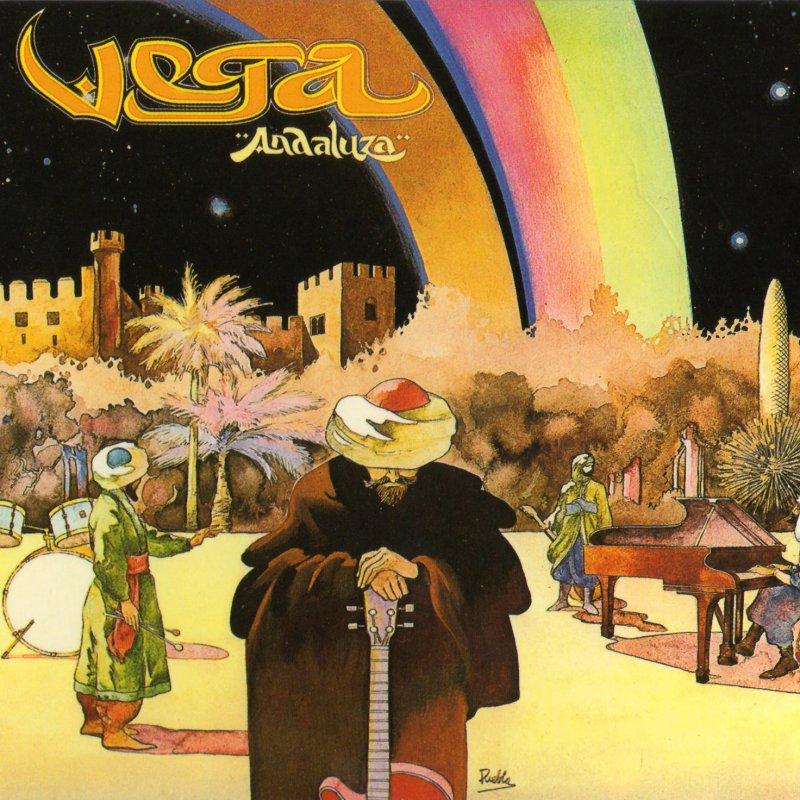 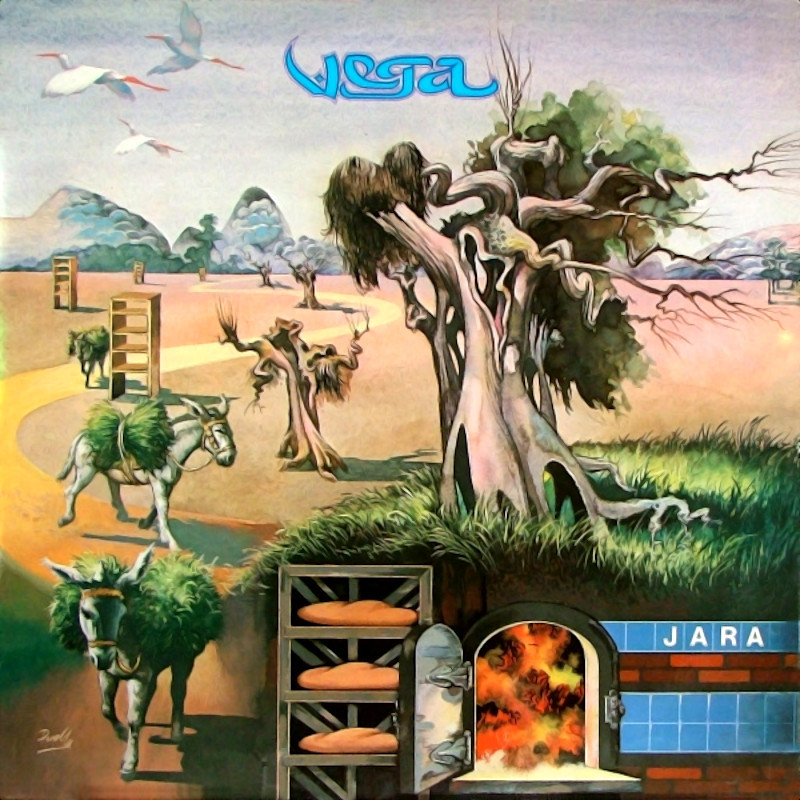 On his second album, Jara from 1979, the sound is different, more dynamic and varied with a wider range of keyboards. Swinging rhythm with a strong duel between flamenco and electric guitar. Then the music becomes very dynamic and exciting with a great solo on piano, flamenco, and electric guitar, and even the Moog synthesizer. The climate sounds like a blend of flamenco and jazz-rock. Swinging rhythms featuring splendid jazz/flamenco inspired acoustic guitar runs and sensational solos on jazzy layers of piano and Moog synthesizer in Monterubio. Then Hornada has an Andalusian atmosphere, again with lots of great solos on piano, synthesizer, and fiery electric guitar, supported by conga. It sounds like a blend of Carlos Santana and Al Di Meola (Elegant Gypsy-era) at times. Splendid work from the rhythm-section, great electric guitar overdubs, and powerful work on the saxophone in Castuera. Excellent work!

In 1981, the band released a third album called Sol de oscuridad, which apparently went into more jazz-rock territories. Tomás Vega's work as a composer and musician has been released between 1967 and 2007.