"Not Just Spaghetti Or Pizza"

In this sixth episode of "Collector's Corner", I am going to highlight a few of the lesser-known progressive artists from Italy. Bands like PFM, Banco, or Le Orme are internationally renowned and most prog fans will own several if not all of their albums. But there are so much more bands who didn't make it on a large, intarnational scare, of course.

Many of the somewhat lesser-known Italian Prog-bands were represented on the highly recommended series of releases called Progressive Italia, although several artists presented in these box sets are far from "progressive" in my opinion, and are rather falling in the category of "pop-music". There are several jewels though, like Jumbo, Ibis, Latte E Miele, Gens, and Locande Delle Fate.

Fact is that the series of 8 box sets, Progressive Italia did not include music from the artists I would like to highlight in this episode here: Quella Vecchia Locanda and Metamorfosi. Both bands released just two studio albums in the seventies.

Quella Vecchia Locanda was founded in Rome around 1970. Presumably most of the members in this band have had some classical training. If you're talking about "progressive", then I think QVL is a primary example.

The music is genuinely progressive, combining classical music, rock, some jazz influences, and just a tiny bit of blues. The singing is in the Italian language making it sound pure and authentic.

Keyboardist Massimo Roselli used a wide range of keyboards but surely the combination of piano, organ, spinet, synth, and Mellotron in those days was pretty unusual.

Except these two studio albums I am going to talk about now, the band also released a live album in 1993, with recordings from 1971. It contains mainly covers from renowned pop-rock songs. 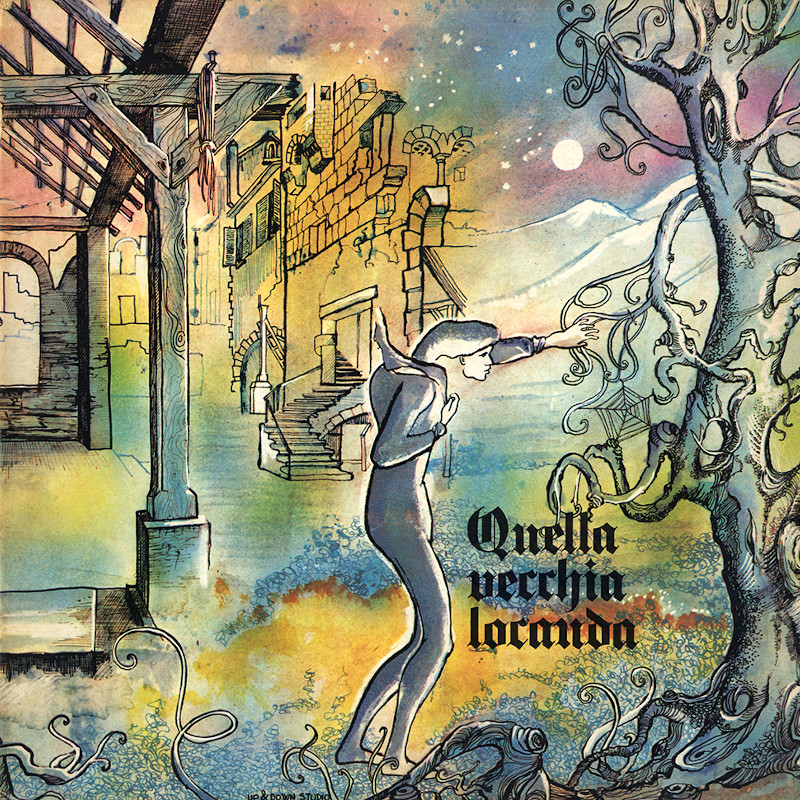 The first, eponymous album features eight songs. The first track Prologo fully defines the music the band is capable of playing: some classical influences, but foremost you can appreciate influences from Jethro Tull, most certainly because lead vocalist Giorgi tries to mimic Ian Anderson in his style of playing the flute.

Furthermore, in the first notes on the record, we hear the violin played by Lax in a way the listener would be inclined to think he or she was listening to an unreleased instrumental song by Kansas. However, Kansas' first album was released in 1974 while Quella released their debut in 1972...

The second track is called Un villaggio, un'illsione and features Tull influences again, but this time we hear Giorgi's clean vocal and some close harmony parts which sound pretty decent in my opinion. Although in the track Realta the opening melody resembles the acoustic opening of the Led Zeppelin song Stairway To Heaven, surely flute, vocals, and piano make this song certainly QVL's own.

Immagini sfuocate features Roselli's keyboards, but the bombastic, classically oriented music is augmented by violin and guitars. Cocco's sound reminds me of some tracks by Steppenwolf.

Drums and bass open the next track Il Cieco, a more rock-oriented song with subtle interludes played by keyboards and flute. It has a flute solo in the style of Ian Anderson, leading into the more rock oriented section as in the first part of the song. The song has a beautiful classical finale that could have been performed by Kansas again.

Track six is called Dialogo, an up-tempo tune featuring Roselli's Moog synthesizer and piano, but also the clarinet played by Cocco. The distant sound of a piano opens Verso La Locanda, then drums, bass, violin and keyboards join in and this melancholic slower part reminds of Kansas, the interlude again of early Jethro Tull.

There's also a section sung by Giorgio, quite beautifully, with only an organ and acoustic guitar as accompanying instruments. Then flute, bass and drums join in and the music is shifting a bit to the jazzy side before returning to a mixture of Tull and ELP.

The last song, Sogno, risveglio e ... seems to have come from a recording using a second hand LP, at least on my copy (Vinyl Magic): lots of hiss, ticks and crackles really drawing ones attention away from the beautiful and elegant ballad featuring piano, vocal and keyboards.

Sadly there's just about 35 minutes of music but the unique combination of instruments and musical influences make this debut very special and to me this should be considered as an album for every high quality prog collection. 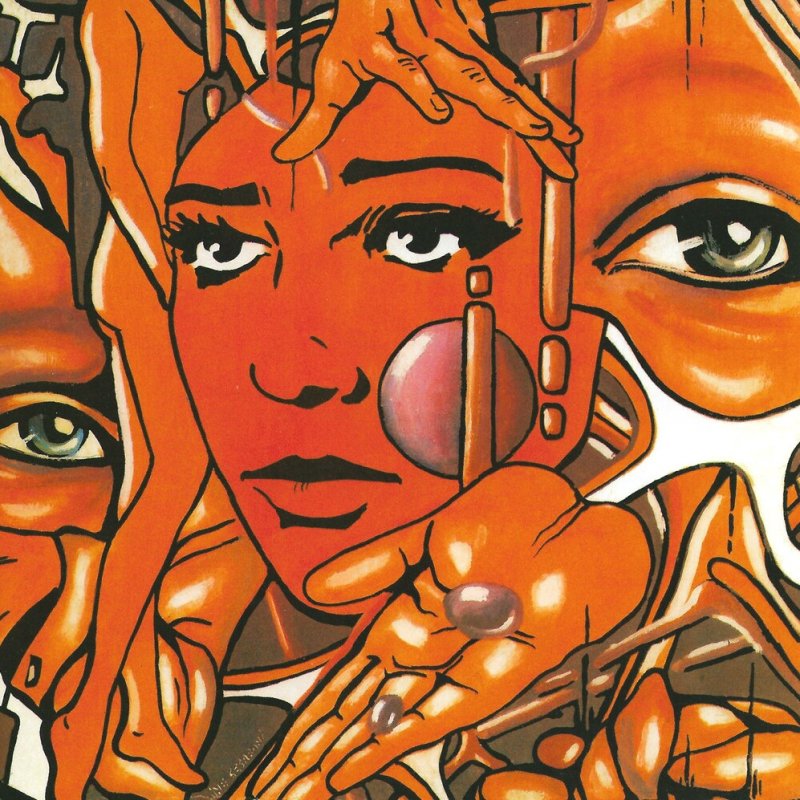 For the second and last album by QVL, there were a few line up changes. Although the nucleus remained intact, there's another bass player, a different violinist, and a guest musician on saxophone.

The opening track, Villa Doria Panphili, starts (and ends) with solo piano, then the acoustic guitar, a bit of bass and violin join in, and Giorgio sings melancholic melodies. The music is mainly laid back and apart from the orchestral refrain with more volume and drums, the piano is the main instrument.

In the second piece, A forma di ..., we hear almost pure classical music with choir singing, violin, flute and piano.

The title track again features the piano and Giorgio's vocal. Contributions by strings and later in the track a more prominent role for the guitars and there definitely some jazz-influences here. Impressive multi-vocal singing and some electric piano and synth.

All tracks here were composed by singer Giorgio and guitarist Cocco, so quite striking that the main instrument on this album is the piano!

The longest track is Un giorno, un amico, which opens with piano and violin. Certainly when drums, bass and guitar join in, there are some hints of Gentle Giant here and there.

The violin adds both a bit of folk and a classical music flavour. Especially the parts with piano and violin sounds like chamber music. Giorgio's vocal and the electric guitar bring a bit more power. In the end, the bass line brings back an earlier used theme and we hear a soprano saxophone solo.

The final track, È accaduto una notte, opens with a flute melody accompanied by Cocco's acoustic guitar. The theme from earlier is returning, with Giorgio's vocal and some contributions by electric guitar, bass and drums, and some keyboards. Later on, also the violin and the piano come back. The music sounds bombastic as well as majestic. Orchestral keyboards take over and with some more electronics, the album ends with a bang.

This album is a mix of pop, folk, classical and jazz influences. Not as progressive as the debut album but still very much worthwhile.

Metamorfosi were based in Rome, although their singer, Jimmy Spitaleri, originated from Sicily. I Frammenti, a Christian beat group specializing in the "beat mass" (typical of those years), already existed when that group found singer Jimmy Spitaleri and persuaded him to join in 1969. As new band name was chosen: Metamorfosi.

Fellow Italian bands like Banco, Le Orme, and PFM were definitely an influence on their debut album, while The Nice and ELP must have been the main influence from outside of Italy.

Metamorfosi recorded two studio albums and disbanded in 1973, in spite of having a third album ready to be recorded. Singer Spitaleri went to the USA, and after he came back to Italy later, he released two solo albums. The first album (1979) was released under the name of Thor, for the second (1980) he used his real name Davide Spitaleri.

The band did some reunion concerts in the 1990s, around the leading duo of Spitaleri and Olivieri. The long-awaited third album emerged again as a project for the future. It was not until summer 2004 before the CD was finally released as Paradiso. It was a vibrant album that took off where the second album Inferno ended, the sound being not so different, although it sounded less dark than before. The line-up on the CD consisted of Jimmy Spitaleri and Enrico Olivieri, plus a very solid rhythm section of newcomers Leonardo Gallucci (bass and classical guitar) and Fabio Moresco (drums). The band presented the new CD with concerts in Italy, but even went to the USA, playing at NEAR-Fest in Philadelphia.

The recording of a concert in Rome in December 2004 was issued on the CD La Chiesa Delle Stelle. The concert was held in the church of S. Galla, and the band used the pipe organ and acoustic instruments.

Oliviery and Spitaleri were the main composers of the band. Spitaleri's somewhat operatic way of singing is the band's trademark. It makes him stand out among all other vocalists of that era, and most certainly in the progressive rock genre.

In 2016, the same line-up issued an album called Purgatorio, presented as the last chapter of the trilogy on Dante's Inferno, with Inferno and Paradiso being the first two parts. It was released on LP and, with bonus tracks on CD. Although the music on Paradiso, was composed in the early seventies, it was arranged and recorded at a much later date. That, plus the fact that the album is readily available, made me decide not to include the album here and focus on the band's first two albums. 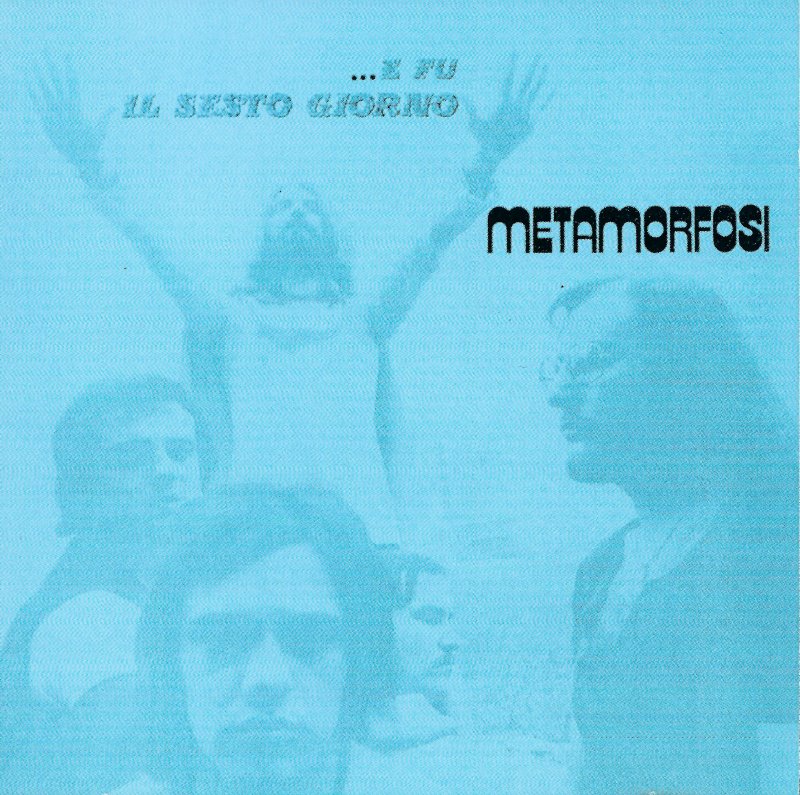 Opener Il Sesto Giorno shows classical influences in the melodies and features flute and organ. In the second composition there are influences from music as can be heard in the church. It is not a coincidence that this track was performed live in Rome with a church organ.

The third track Crespuscolo sounds more like a pop song with some progressive touches. The drumming by Mario Natali is very filling and "busy", and there's some delightful soloing by guitarist Tamburro.

Obvious to my ears is that singer Spitaleri doesn't have a wide range to produce his operatic way of singing. Within his comfort zone, his singing sounds genuine and accomplished but in the higher regions his voice seems a bit fragile as we can appreciate in the live version in Rome.

Hiroshima is comparable to the previous track, with another predominant role for Tamburro's guitar. Nuova Luce starts with drums and a cappella singing. It sounds a bit like a gospel song.

The most progressive track might well be Sogno e realtà. Building up a climax by starting with just vocals and organ before drums, bass and guitar join in. In regard of both composition and playing, this track could easily have been performed by one of the aforementioned Italian groups. The only difference being Spitaleri's vocal performance.

The album's finale is a rather catchy radio friendly pop song called Inno di gloria but there's some nice duelling between flute and guitar. 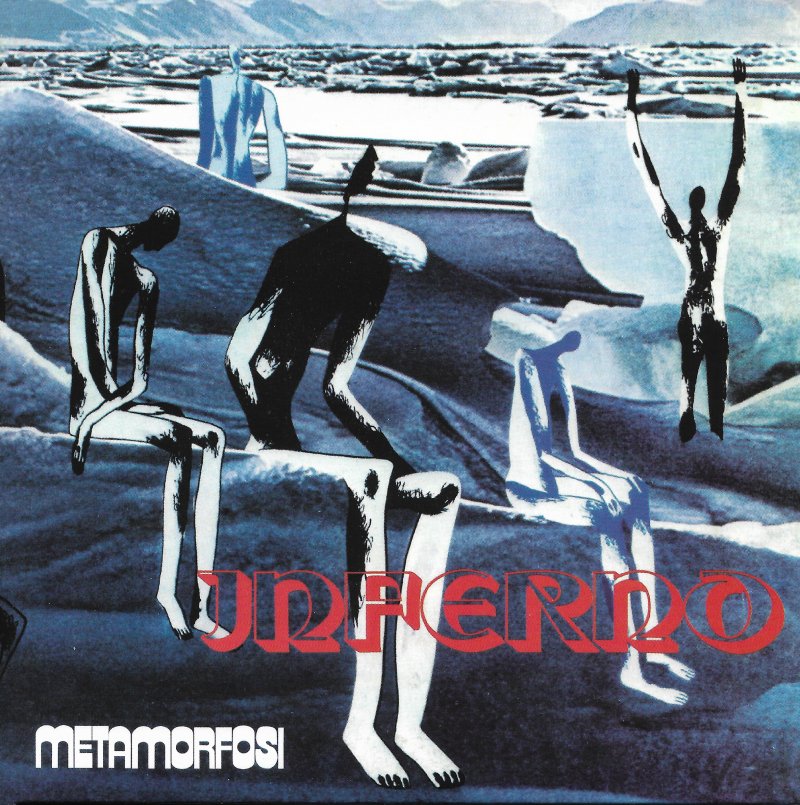 As mentioned above, the second album Inferno was intended as the first of a trilogy on Dante's Inferno.

Although bass player Turbitosi is credited as a guitarist too, all music is mainly keyboard-driven. Composers wer Olivieri, Spitaleri and Turbitosi. Influences of ELP are quite obvious and maybe also a bit of Uriah Heep can be recognized. But overall, the music is really quite original. As far as I'm concerned, Inferno may be ranked amongst the best Italian prog albums of the seventies!

Though separate tracks are listed, the music seems to flow throughout the titles. Lots of keyboards like piano and organ, but surely the synthesizer is used for the solos quite often.

I myself discovered this album not too long ago, and I was stupefied I hadn't come across this masterpiece earlier on in life. Fans of seventies prog all should own a copy of this work in my opinion!