In this fourth episode of the Collectors Corner, I would like to draw your attention to two bands from the 1970s, who recorded not just one, but two albums, before splitting up and pursuing different goals: The Load and Azahar. 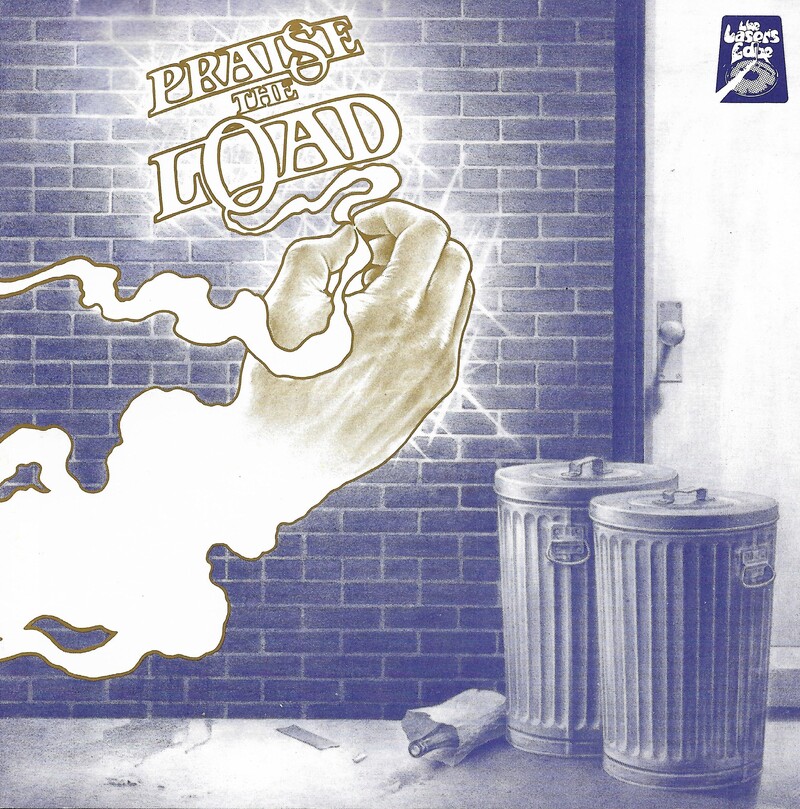 The first band was founded in Columbus, Ohio, USA, in 1973. Main man was Sterling Smith, a classically trained keyboard player who majored in harpsichord. Sterling Smith played with J.D. Blackfoot in an early seventies band called Osiris. J.D. Blackfoot however chose to go his own way and the new line up of Osiris never got to record a full album.

Subsequently, Sterling decided to form a band with his brother Tom on drums and percussion. Former Osiris band-mate Dave Hessler decided to join the brothers and so The Load was born.

Due to lack of interest from the big record labels the trio founded their own studio called The Owl Recording Studios. Being primarily a keyboard-oriented band, the trio felt they missed an occasional guitar so Hessler decided to cut two fender guitars in half thus making himself his own double neck guitar and bass.

Sterling got his hands on more keyboards and one of them being a mini-moog, he was able to play 'bass' while Hessler could play the guitar.

The opening tune Fandango is heavily influenced by classical music in the vein of Ravel's Bolero , but there's also some Latin music in here. All keyboards, and foremost organ and harpsichord, are played by Sterling and accompanied by bass and drums.

This track could have been on one of the albums by The Nice! In the next tune Flyaway we hear Sterling's lead vocal, not a great singing voice in my humble opinion and the music is much more in the pop/rock vein. The piano playing reminds of Rick Wakeman. The addition of a lead guitar, played by Hessler gives the listener the distinct impression The Load are a four-piece.

As one can derive from the title of track 3 Brandenburg - Third Movement, the music is an adaptation by Sterling Smith of this famous work by J.S. Bach and it's only keyboards!

In Dave's 'A' Song we hear a band playing groovy organ-driven rock music, although there's in interlude with a synth solo.

The Betrayal opens with a very interesting questions/answers part between keyboard and bass before turning more into the usual rock format with again vocals by Sterling (and some by Hessler) and rhythm guitar by Hessler.

There's lots of exquisite organ solo's by Sterling Smith and as could be expected from a trio, both drumming and bass-playing are outstanding.

The last track of the original LP, also a live favourite from the fans of the band, is an adaptation from the Wilhelm Tell Overture by Rossini, but this time it's the whole band, not just keyboards.

The first bonus track for the cd release is Sit Down a gorgeous mostly instrumental piece, heavily influenced by classical music and 100% in the vein of bands like The Nice, Refugee or even ELP.

The second bonus track is a relatively simple rock song with vocals by Smith. Again, the impressive organ soloing reminds of The Nice.

Eventually, during the course of two years, the trio recorded almost three albums worth of material but just that first LP Praise The Load got released at the time. Although The Load recorded songs for a second album, it was shelved for the same reason they started their own recording studio: no interest from a record company. Many years later, in 1995, this second album was released on CD as Load Have Mercy by The Laser's Edge. Because the CD was able to hold more songs than an LP, some recordings the band had meant for a third LP ended up on this CD. Most notable is the last track, Eitel's Lament, of which only two demo recordings existed. The band got back together in 1994 to complete this epic.

The big difference between the first album and this second offering is that Dave Hessler got involved in the writing process. The sound quality is improved, there's a lot more guitar and the compositions are less dominated by classical influences.

The first track, Mobilized, is a genuine solid progressive track with both guitar and keyboards, mostly organ. Musically there are hints of Fields and a bit of Beatles (last part of I Want You (She's So Heavy).

A bit of Rick Wakeman again is the rather poppy One Is Gone but also some influences of classical music. Background vocals are provided by Terry Van Auker and Tom Zinser.

Something Suite opens with a piece played with samples of bagpipes before the organ takes over and other keyboards join in. Awesome bass and lead guitar playing by Hessler on a rather straightforward chord sequence. In the middle section there's an impressive drum-solo by Tom Smith. Just as the opening track, Richter Scale is a solid instrumental progressive track with classical, Latin and rock influences. There are variations in style and tempo, different instruments are used, and it has a nice climax with a synth-solo.

Interstellar Debris is also a cool instrumental rock tune with keys and guitar alternating solo's. Hessler's bass riff opens The Narrows, and when the organ and percussion slide in, the music sounds a lot like The Nice again.

Besides the organ Sterling Smith proves himself to be an extraordinary piano player too. A bit choral, because of the church organ, sounds the very short track Choices with lead vocals by Sterling.

The highlight of this album is the epic Too Much To Believe. Hints of Dutch band Trace here. If only The Load had had a great vocalist, this might have been a classic! The middle section consists of a beautiful classical interlude by Sterling playing an electric piano sounding like a harpsichord and in the last section the more rock oriented sound with vocals and organ is back again.

The additional lengthy track Eitel's Lament is a great epic too, although the composition is somewhat less complicated than some other longer tracks on this album. This track was mainly written by Dave Hessler, and as I mentioned before, completed only for the release of the CD in 1995. Hessler demonstrates he is a very competent lead guitar player.

The two Load albums are available digitally, on CD, and the first one also on LP. These are worth collecting for fans of bands like The Nice, Trace, Refugee, Fields or Le Orme.

Sterling pursued a career as a professional musician in California, but the band broke up in the late seventies when Tom Smith and Dave Hessler went back to Ohio. They both still play in a band called Danger Brothers.

Sterling continued his career as composer and session musician. In the 1980s he toured with The Beach Boys and Randy Meissner and he rehearsed with Jan & Dean but touring with them didn't happen. He recorded music with many "big names" in pop music. As far as I know he still plays in a party-band called The Hodads. 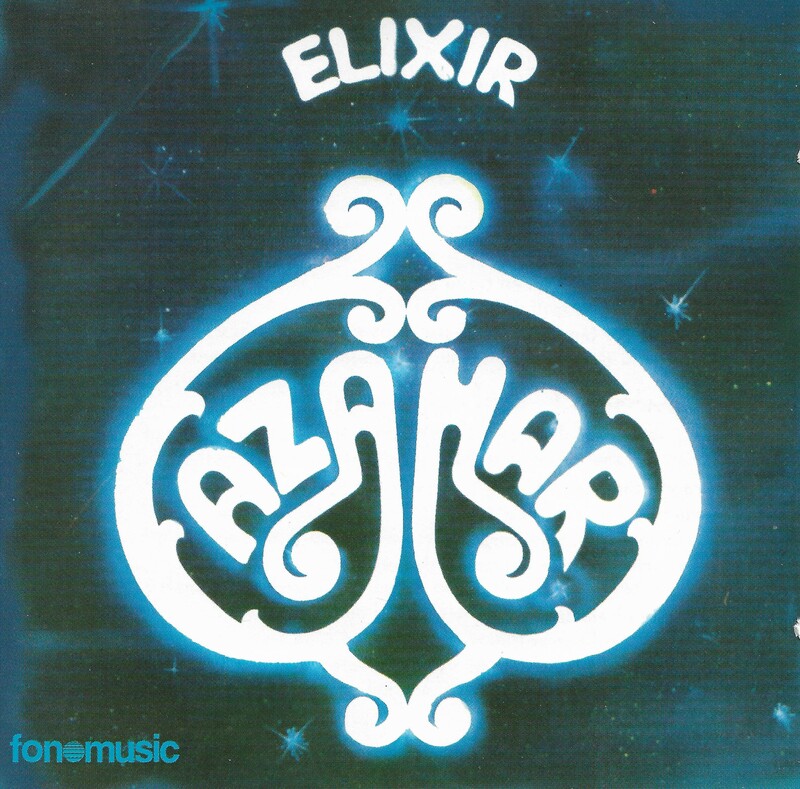 The second band I'd like to highlight was founded in 1976 in Madrid, Spain but some members are not from Spain. Jorge Barral originates from Urugay and Dick Zappala was born in Egypt.

Most striking thing about this quartet is the absence of a drummer. There is some percussion played by Barral, but most of the music is solely by keys and guitars.

Some pieces could be categorized as EM (electronic music), like the first part of the opening track. The second track is much more in the vein of symphonic or progressive rock and Zappala sings in Spanish with a somewhat harsh vocal. The music here consist of keys, bass and guitar, plus acoustic guitar adding some flamenco flavour. However, in the second part Zappala is almost screaming and the theme is almost crying out for a drummer. Too bad there wasn't one around.

Next track features fierce guitar solos and a Moog solo reminiscent of Rick Wakeman. Mercaderes opens with keys and effect, stylistically EM, not unlike Heldon. The guitars, however, are too loud for plain EM, making it a surprising combination. In the last part there is some percussion, and with the synths sounding like recorders, the music is getting more in the vein of folk music.

Un hombre cansado is perhaps the most accessible song, being a rather straightforward track with a clear structure. Nice tempo change, though, and a fiery guitar solo. Cántaros de fuego has a bit of the same, but definitely with some Latin influences here. Lush keyboards all around.

Some pieces sound quite a bit like Mike Oldfield. The last track is divided in three parts. The first part flirts with the music of Yes (Tormato), but the way Zappala uses his voice is full of Eastern influences, as are the keyboards. The second part begins more rock oriented: the bass acts as rhythm guitar and both guitar players are duelling. Later on, an acoustic guitar gives the music that distinct flamenco touch again. In the third part, the music sounds quite a lot like Neuronium, although the gradually accelerating tempo seems to be typically Spanish. Several guitar solos here by Valls. 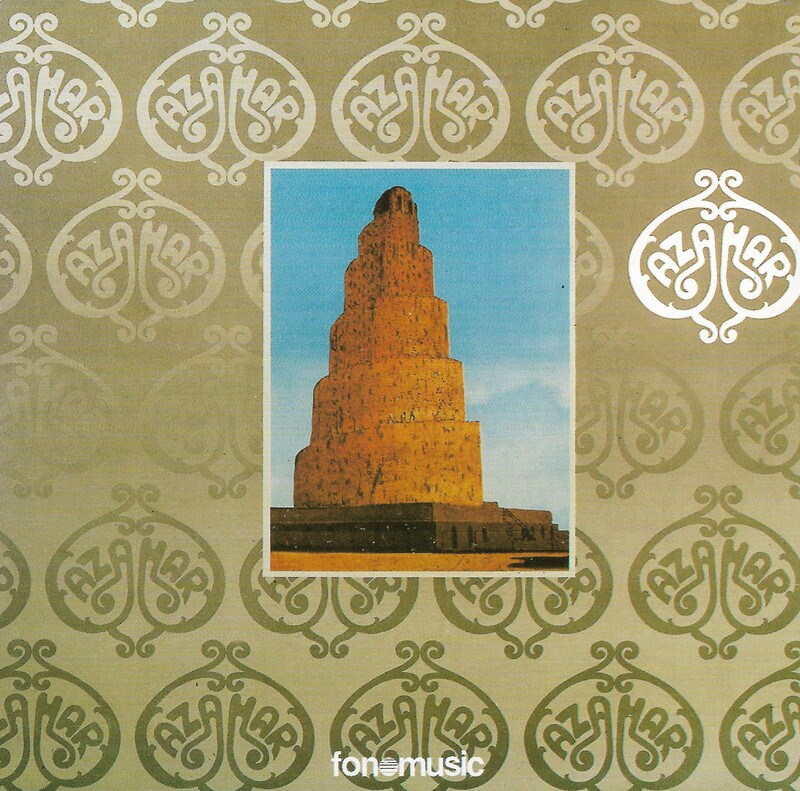 Azahar's second album is even more interesting because now we have the more classic line up of a four-piece with percussionist. All members of the quartet were involved in the writing of the songs.

Jorge Barral and Gustavo Ros decided to leave the band after the release of Elixir and went on to form another interesting band from Spain: Azabache. The remaining members recruited Willy Trujillo on drums and Manolo Manrique on keyboards, while they invited some guest musicians on bass.

The first track is an instrumental, mid-tempo track with a rather poppy melody and some nice soloing by Valls. The second track is sung by Zappala and has a distinct Spanish flavour, the bass is busy, very tasteful, and fits the music very well.

Although La naranja y el limón is more like a pop tune, there a very nice Camel-esque interlude. Noche de primavera could be described as a lovely ballad, again sung by Zappala. The orchestrations are superb and Valls plays the solos. Some short bits remind me of Seasons by the Dutch band Earth And Fire.

Organ, castanets and a flamenco guitar are the characteristics of Zahira but the synth gives this nice instrumental a symphonic touch. A studio recording with a drum solo? In Spain this is evidently not extraordinary. And while after this solo there's some keyboard sounds, Bulerías De Lujo consists mainly of drumming.

The most interesting track on the album undoubtedly is the epic El mago Acidote, with more hints of bands like Camel and perhaps a bit of Yes. Although the music flows delightfully, I'm not a fan of Zappala's voice, who tends to alternate his more gentle way of singing with a more screaming way of singing.

Aire y fuego is in my opinion the best possible example of 'prog' Spanish style. The instruments fully 'prog', but the melodies and vocals are obviously very Spanish. Both keyboard players are heavily involved in the music from the last track Expresso De Ketama. A great instrumental piece mixing prog with synth-pop, a bit like New Musik although aforementioned band put out their first record in 1980.

Azahar played a distinguished and important role in the history of Spanish progressive music. Unfortunately they are probably overlooked by many prog fans!