Click here to read the previous edition in this series. 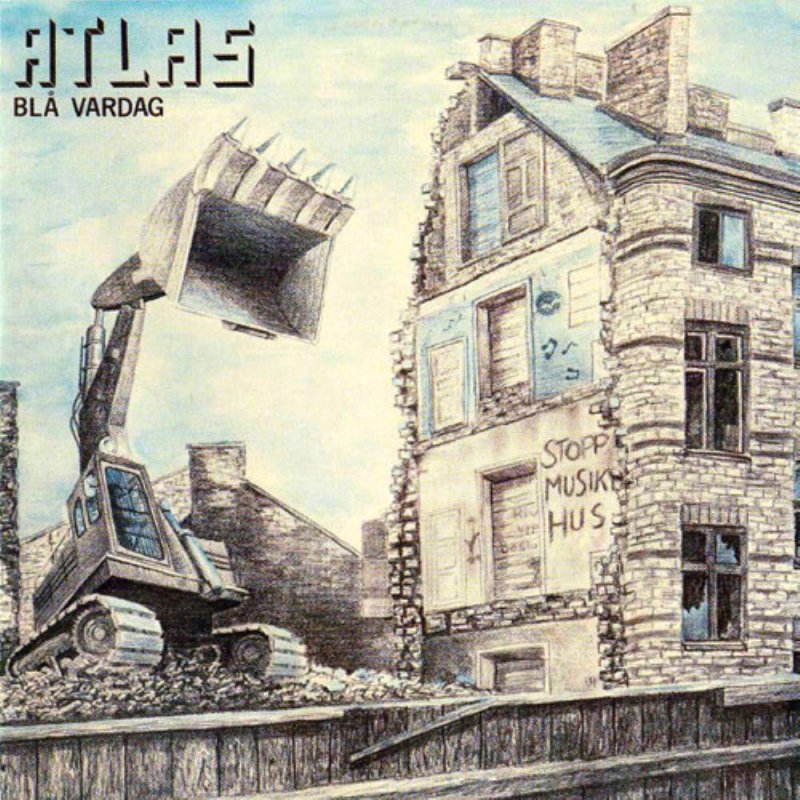 Sweden always has had a pretty decent prog-scene, but somehow in most European countries, the first band to acquire a world wide recognition were the The Flower Kings. They gained popularity long before Kaipa, while the earlier albums from Kaipa were introduced to a wider audience at a much later stage.

The music of Atlas, a band with two keyboardists, is purely instrumental and sometimes seems to flirt with jazz-rock a little bit. The early albums of contempory artists like the Norwegian band Ruphus are in the same vein as Blå vardag. The original LP from 1979 contained five tracks, altogether some 38 minutes, but the CD release offers 3 bonus tracks, providing nearly 20 minutes of extra material.

Unfortunately this is the only album the band ever released. One of the keyboardists, Erik Björn Nielsen, at a later stage recorded with Bag Of Rhythm and the heavy metal outfit Silver Mountain. Another keyboardist in the latter was none other than Jens Johansson who subsequently went on to play with Yngwie Malmsteen's Rising Force.

Most of the music could be characterized as a very pleasant melting pot from Yes (the theme of Würm from The Yes Album can be recognized here), the early music of King Crimson, Caravan, and Happy The Man. Even the CD of Blå Vardag is hard to get, but when you do find a copy you have nearly an hour of symphonic/progressive music of exceptional quality.

Déjà Vu — Between The Leaves 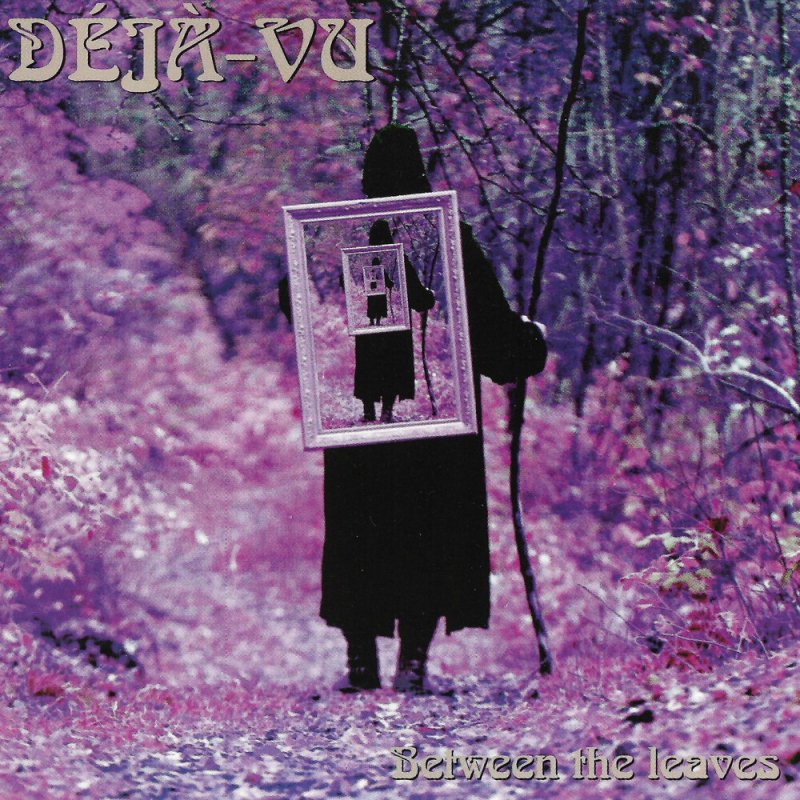 Here we have a great band from Norway, not to be confused with the other band by the same name from Japan. This Norwegian quintet recorded a sole album in 1976. Prog fans however were not able to pick up on this one before 1995, when Research Records released Between The Leaves on CD.

The band reunited in the new millennium, with the exception of singer Kai Grønlie, who passed away in 1994. As far as I know, Between The Leaves is still the only existing studio work from this band to date in spite of the reunion. The album has been released on LP a couple of times, with a 2015 2LP version being the most recent, and one CD version exists.

On the CD you'll find 7 tracks varying in duration from 5:49 to 10:46, with truly heavenly sounds of the Mellotron. There's some exquisite duelling between keyboardist Harald Otterstad on the Moog and Svein Rønning on guitar. The album is full of breaks, tempo-changes and many instrumental highlights. Kai Grønlie's voice fits the music perfectly, in my opinion a very nice voice and far better than many vocalists in the genre. Otterstad went on to law school and became a lawyer but kept on playing keyboards, however not professionally.

The compositions on Between The Leaves have probably been inspired mostly by the music on the early albums by Yes. Some parts definitely remind of Gentle Giant and in some others you can recognize laid back pieces by Deep Purple. Pure joy for over 55 minutes!

On the band's website, the album is available on vinyl and also available is a live recording of Déjà-Vu performing at St.Croix, in Fredrikstad (Norway) on November 20th 2010. 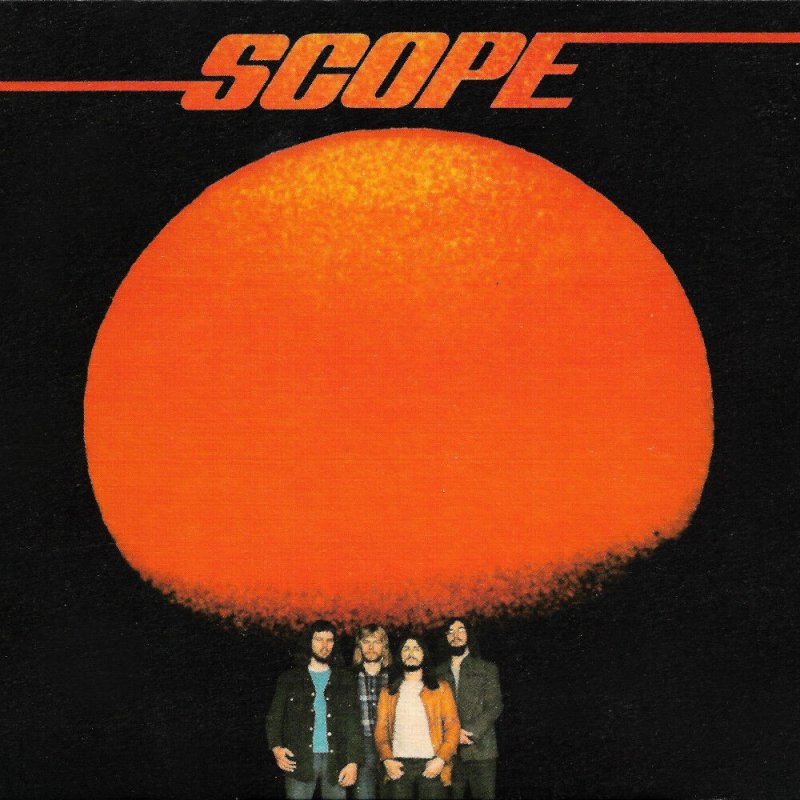 Last but not least, Holland's own Scope. This quartet released two singles between 1971 and 1972 when the band was named Strange Power. Both A-sides of these singles are added as bonus tracks on the CD reissue of their debut album as Scope.

Main sources of inspiration for this band hailing from the Dutch city of Zwolle were fusion acts like the Mahavishnu Orchestra, but stylistically the more melodic pieces could have been from the early albums by two other Dutch bands: Solution or Focus. That is mainly because keyboardist Rik Elings also plays the flute and Jochen Petersen contributes on saxophone.

Eight out of the ten compositions on the debut were written by Elings, the other two by guitarist Rens Nieuwland. The latter plays a bit like the mighty Dutch blues man Eelco Gelling (Cuby + Blizzards, Golden Earring).

In the opening track there are clearly more jazz and fusion influences and even some Hatfield & The North, Canterbury sounds. On the track Kayakokoloshi, the bands plays a bit more in the style of the first Solution album, whereas track 5, Description, reminds me more of Focus.

On the track Walpurgis Night there's a rather unexpected drum solo - quite rare on a studio album.

Jazz-rock is the main genre throughout the record though. Playing this kind of music in the Netherlands in the early seventies however was pretty bold and one could call that "progressive" easily. 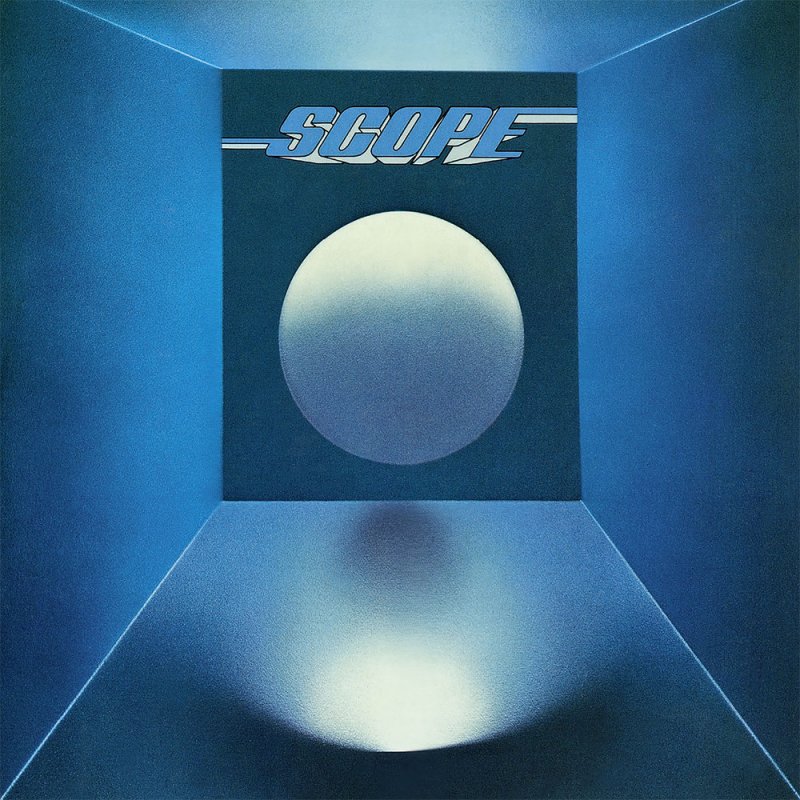 On the second album Scope II (1975), Elings wrote six tracks, and Nieuwland wrote three. The music is, as on the first album, fully instrumental. The line-up had changed a little bit. Rob Franken had joined on keyboards, and Ellings doubles on bass.

Technically, the playing of all musicians is superb, lots of changes in tempo and awesome soloing by both Elings and Nieuwland.

The story does not say whether it was because of Franken joining on keyboards or Elings being no longer interested in keyboards, but Elings plays more bass than keyboards on this second album. The new guy Rob Franken uses both Fender Rhodes and synthesizers.

Stylistically the sounds a bit more funky but still a mixture of progressive rock, fusion and jazz-rock.

More changes in the line-up followed after this, but due to lack of commercial success, Scope disbanded in 1976.

Both albums Scope and Scope II are labeled jazz-rock but harvest enough progressive elements to justify highlighting their music here. Every prog-lovers will know Focus, connoisseurs will know Solution too, but few will have heard Scope.

Both albums have been remastered and were released on CD in 2020 by German record label Sireena.