Once Upon A Time

Fans of symphonic and progressive music from late sixties to the early eighties may have been thrilled by all the re-releases from Cherry Red Records (Esoteric Recordings) in the last decade, but also earlier by record labels such as Ad Perpetuam Memoriam, Musea, Repertoire, Garden Of Delight, The Laser's Edge, or the Japanese label Belle Antique.

Despite all these re-releases, some of these albums are again out of print or still hard to find. Some of our readers may not have heard from these artists nor their album(s), because most of the albums are from bands that never achieved a breakthrough. Most of the albums are just "the only one" these bands released. And let's not forget all those albums that still have not even been reissued on CD.

Some albums I want to highlight in this article have been reviewed here on DPRP in the past, and links will be provided. Perhaps it was a long time ago, or it might have been mentioned in another article about. At present, I find myself searching for "lost gems" of music recorded by these unknown bands and in the past years I have been able to collect quite a lot of forgotten music from the golden age of progressive rock.

With this article I hope to help our readers to find some of these gems of which they never knew they existed and raise some renewed interest in some lesser known progressive rock from said era.

Note from the publisher: Part of this article appeared in the Dossier section in iO Pages #172, and Menno has since then expanded on it. 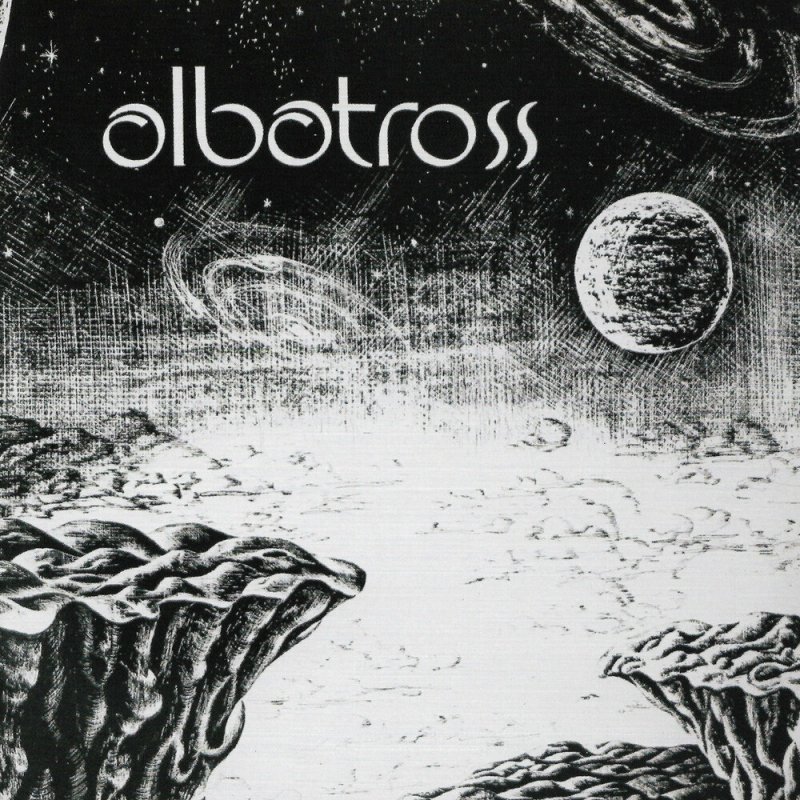 The only album released by this American quintet from Rockford (Illinois) was recorded in 1975 and released in 1976. Main influences for the music of this outfit probably came from Yes, Flash, and Emerson, Lake & Palmer. Singer Mike Novak sounds like a trained singer who's voice resembles the voice of Colin Carter (Flash). The guitar playing stylistically comes close to Steve Howe (Yes), but the sound is more woolly. Main driving force of Albatross is keyboardist Mark Dahlgren, playing in a similar style and equal virtuosity as the formidable Keith Emerson or Rick Wakeman.

With five tracks, this album provides just of over 36 minutes of high quality progressive rock. In my opinion this album is at least as good as the first Flash album with Tony Kaye, the first albums by Starcastle, or for example the album Stained Glass Stories (1978) by another band that is not know all too well: Cathedral. 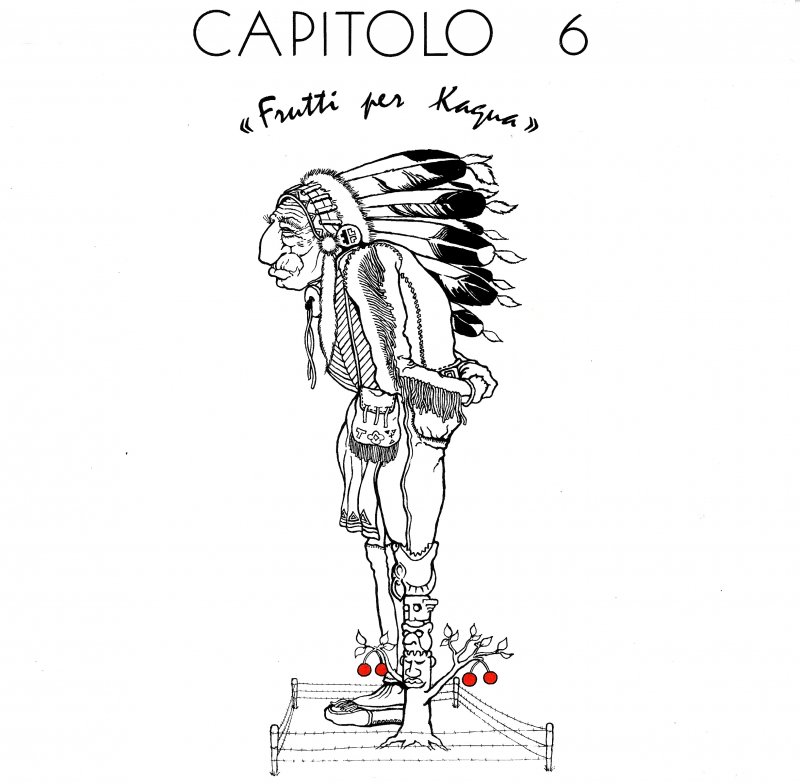 Italy is a country with an impressive history where progressive rock is concerned. There are so many more bands besides the internationally well-known bands like PFM, Le Orme, New Trolls, Banco, and Latte Miele. Many fans of the genre will be aware of the fact there's a lot more Italian bands to discover from the 1970s. Labels like BTF, Mellow Records, and Black Widow released and re-released many of these.

Perhaps this record called Frutti per Kagua by Capitolo 6 is one of the lesser known early progressive albums, although since its first CD reissue in 1994 on Mellow Records, it has been reissued several more times. Dating from 1972, this conceptual album lyrically was based on ancient tales from the original inhabitants of North America.

The lyrics, in Italian, are performed in a very theatrical way, full of expression. Unfortunately, most of us proggers probably don't understand Italian at all and in this case that's probably one of the reasons this album remained in obscurity for a long time.

Since the flute can be heard quite a lot one can't help to think of Jethro Tull, but it certainly also reminds one of the early music by contemporaries Genesis and the Dutch legendary outfit Focus. Intsrumentation besides the forementioned flute consists of the guitar, bass and drums, but also saxophone. The main instrument however is the mighty Hammond organ. Furthermore, on the first track we hear one of the first Moogs and if I'm not mistaking, a Mellotron too.

Influences range from classical music to blues, rock and pop. All these ingredients make this rare album somewhat like a must have, definitely if you're into Italian prog. 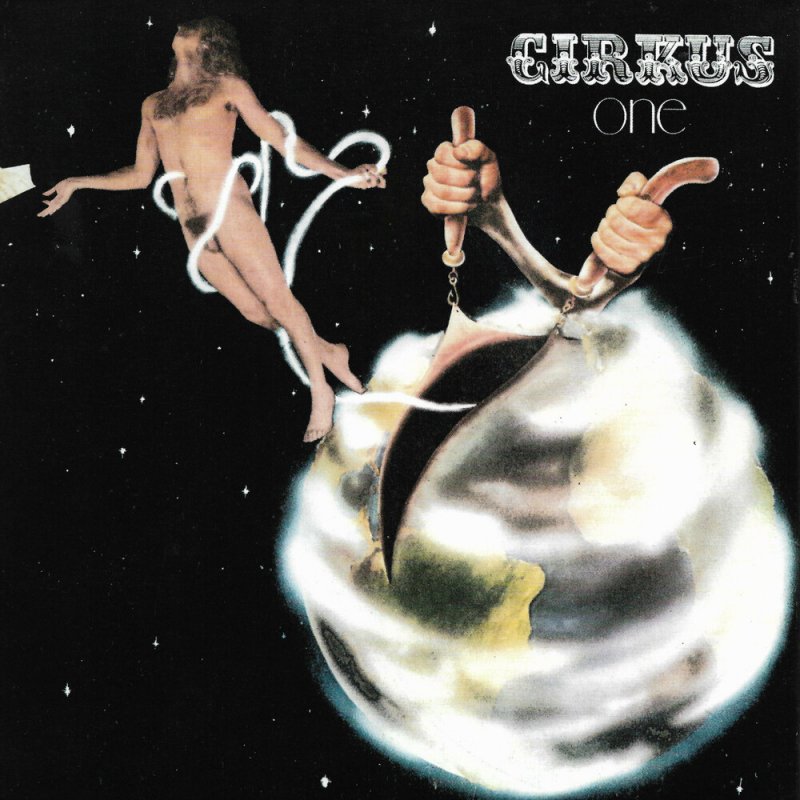 Of course there a lot of bands in England, the cradle of progressive rock, that were never fortunate enough to score a hit or were able to generate a huge following. Such a band is Cirkus, hailing from the North-East of England and not to be confused with the Canadian outfit by the same name and spelling.

The debut album One dates from 1973 and unxepectedly had a follow up after more than 20 years: II: The Global Cut. A third album, Circus III - Pantomyme, was released in 1998. Then, with only one remaining founder-member, keyboardist Derek Miller, another string of albums was released with The Blue Star in 2017, Trapeze in 2020 and Page 12 a few months into 2021.

The first album, however, is truly a forgotten gem. The original 9 tracks are filled with bombastic symphonic prog. Some tracks were orchestrated by Tony Hymas of PhD and Sky fame.

Some different CD reissues have 2 to 5 bonus tracks. Singer Paul Robson does a great job singing lyrics on the music influenced by bands like The Moody Blues, early Yes and The Nice, but there are also a lot of original elements too. Since the band used to open their show with King Crimson's 21st Century Schizoid Man, it means there are definitely influences from KC too! Especially the divine Mellotron sounds are really enchanting. In the last track of the original LP, the chord sequence reminds me of Nights In White Satin by The Moodies. 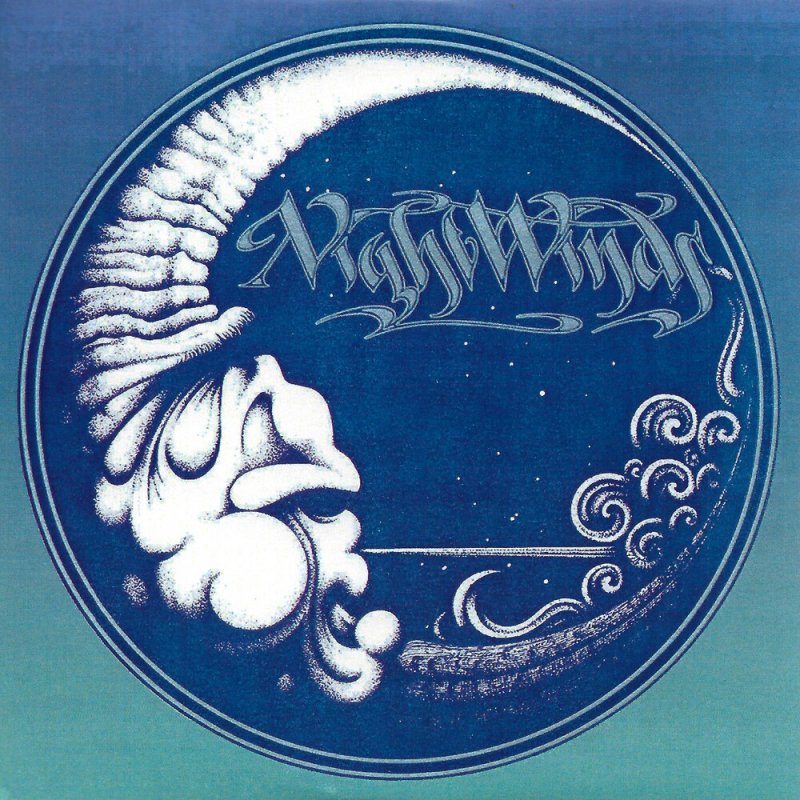 Nightwinds hail from Canada and are another example of a band that released only one album. Peculiar detail is the band had split up even before the album was released in 1979! Nightwinds played with Saga and Canadian prog outfit FM. Especially the bass playing by Mike Gingrich is worth mentioning. Mike went on to play with Klaatu as a "live show" musician. He also played with Max Webster. His playing is very expressive and - like his heroes Chris Squire and Geddy Lee - very prominent in the mix.

Vocalist Sandy Singers sometimes doen't sing but delivers the lyrics more like speech. His singing has characteristics from both Jon Anderson and Geddy Lee. The delightful and rich keyboard sounds come from Gerald O'Brien, a very gifted keyboard player as well as composer. In the eighties he formed the duo The Exchange with Steve Sexton with whom he recorded several very nice albums.

The music of Nightwinds resembles the music of Genesis when they recorded Trick Of The Tail, but there are definitely influences from Yes as well. The epic As The Crow Flies, filled with wonderful Taurus pedals, is a tribute to the most symphonic period of Genesis in the late seventies, and is most certainly competitive with the songs on both Trick Of The Tail as well as Wind And Wuthering.