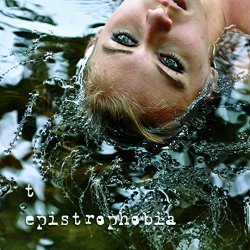 This was the last album that t came up with before joining Mike Holmes' label GEP (IQ). Epistrophobia was supposed to be the second part of what had started with Fragmentropy. The attempt of storytelling or, as t found out in the process, film-making with sound, instead of pictures.

When Epistrophobia came out, I had already found out that only a few people care about all that brainy stuff behind the experiment I was conducting in big time widescreen lifespan format. I was a bit disappointed, to say the least, but that did not last long. As always, it was my wife who, with her matter-of-fact approach to life set things into perspective. She only said: "So they like it for the music? Is that bad, then?"

Well, uhm, no it wasn't. Actually it was pretty much a compliment. Fragmentropy is out of print, as we speak, and a new edition is being talked about. It sold pretty well, although very, very few reviewers had actually got the idea behind it (one of them, as always, is Dr Robert Fisher whose clever and eloquent reviews are a piece of art themselves, sometimes maybe more so than the music he talks about).

Anyway, I was adamant about the idea, and I wanted to explore where it led.

It led to a new layer in which we would have to have a look at the mode of story telling. Now, as I said, I know that few people are really interested in that, so I keep that short. The album is about the fear that many people have (-phobia) when it comes to checking if their self-image actually matches the facts they come up with in their actions. The act of checking if you are in line with yourself is called reflection, or in the words of Plotinus Epistrophe: "The Ego looking at itself". In order to keep up with the mistakes that my protagonists make, that fear of reflecting is a logical effect.

At that time, from 2014 on, I had been studying the psychology and inner logics of populism. I had created a program for school pupils, teachers, journalists, politicians in counter speech. How do I find out which arguments are bullshit, how can I avoid being manipulated, and how can I counter attempts of manipulation of others? All this had a huge influence on Epistrophobia. It is, at heart, a look at how those post-factual non-thinkers must necessarily look at the world in their private life.

It ends, of course, in disaster. (I resist the urge to explain that. Don't get me started. Argh.) The music behind that would have to go to all extremes, as the hysteria would also try everything to get the unmentionable mentioned; to get the unthinkable thought. So musically, Epistrophobia became my most extreme album so far.

I was not happy with the promotion of the album. I don't know whose fault it was, or if it was just a matter of circumstance, but I felt left alone and struggled hard by myself to get the CD recognised. It was received well, in the end, but I found it was hard work, a lot harder than before. I found myself exhausted by the framework of making music (radio interviews, contacting magazines and newspapers, online promotion) it felt like I was doing it almost all alone. Things had to change.

In 2018 I met Mike Holmes, when I was appointed the frontman and band leader of the Eclipsed Allstar Band for their 50th anniversary and Marcus Wicker's 200th birthday (or maybe vice versa, sources vary). Mike played my, by now, famously non-Fender red Stratocaster that I had carefully built myself from parts all over the place, and I organised the playlist and the casting.

That was quite a lot of work, as the audience had voted, if I remember right, which songs we would have to play (including such easy bits like Genesis' The Cinema Show, completely) on stage. The line-ups would change, and I had to fix that and arrange so that everyone rehearsed the same versions. So I sent out youtube links to specific versions of specific songs to musicians from all over Europe.

In case you wondered how we organised rehearsals; there were none. See my point in how well prepared this thing would have to be? There would be Mike Holmes, t, Wolfgang Taeffner (Cromwell), Dominik Huettermann (Clouds Can) etc. performing No love lost, and then this would switch to Alex (Traumhaus), Martin Hofmann (Echoes), Uli Steurer (Sammelsurium), Oliver Hartmann (Avantasia) playing The Cinema Show, with Yogi Lang (RPWL) entering the stage for Space Oddity to use Dominik's equipment with his own MacBook... Argh.

After that I had three things: A weird headache, a bottle of gin and a rather impressed Mike Holmes. "I did not really think you'd actually get through Cinema Show," he said. That combination and a few pub visits led to another three things: Me saying those incautious words ("Yeah, I guess, t could actually be a live act, after all"), me signing with GEP and me casting a live band.

Oh, four things: Also it led to my wife asking me if I was completely nuts. 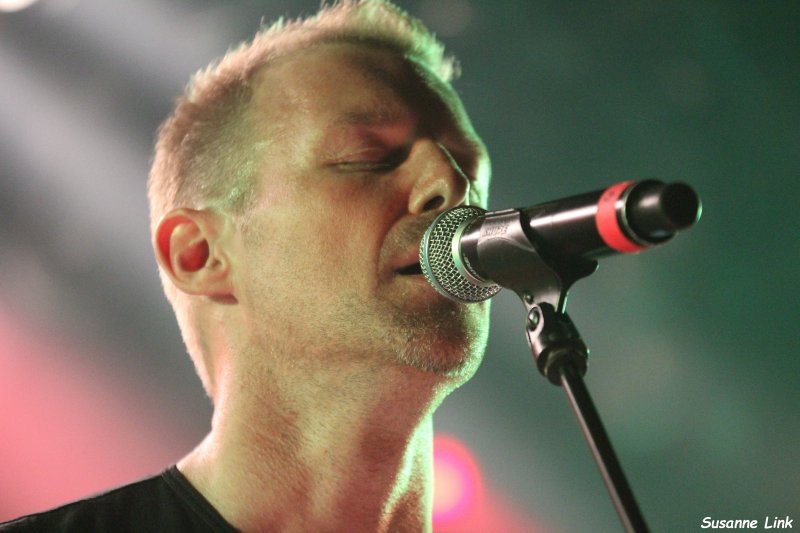