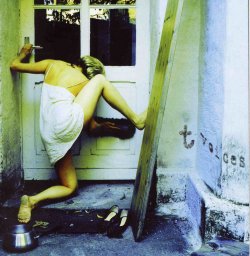 Voices, to me, was not the typically difficult second album. Normally, bands suffer certain problems in writing these. Their debut album had profited from years and years of preparation, whereas there is this blank page when they start work on album #2, plus a certain time pressure. Personally, I had loads and loads of material and ideas, thus Voices was a lot like Naive, pt.2.

With t, the lyrics are as important as the music, at least to me. In 2001, when I started what was supposed to be additional writing for the album, I was not a very happy person. I was finishing my PhD in Trier, and a few weeks before the semester ended, I got to know a wonderful girl at a student party. We did not really talk that evening, but had eye contact over crowded rooms and all that cliché-ridden stuff. But just because it is a cliché, that does not mean to say that it cannot also be magic.

And, it was. When I had to leave, she noticed and she came over to me, who was notoriously shy as soon as something serious, worthy would arise. I had already hung my head in acceptance of my own lack of courage, and I was frustrated and angry at myself. But when I went to the wardrobe to fetch my jacket, there was someone touching my shoulder, and when I turned around, I got a kiss. No, that does not quite cover it. I was teleported out of the room with softness and warmth.

We would spend the next two weeks together. Then, suddenly, she told me that she'd be leaving Trier; for good. She had taken the opportunity for a great job (that in 2019, she still has) in Vietnam. And she'd leave in two days. She had not told me before, because she did not want to spoil the time we had, but make it a wonderful memory. The ending would be inevitable either way.

Eighteen years later, I think her decision was very wise. Today, I smile at those days, and what a broad smile it is. But back then, I was devastated. I wrote Curtain Call about 10 minutes after I had driven her to the station, and when I sing it today, it still overwhelms me on stage. The lyrics mirror the walk through Trier that I took back then. She had worked as a waitress, and I had often been a customer there, even before we had fallen in love ("and my coffee is bitter / in the cups you don't touch"), and so on, and so forth.

The Clouds Can track On The Day You Leave also goes back to that very same day. The lyrics of this track are a multi-layered combination of self-pity, self-irony and actual pure, real sorrow for that grave loss in my world. They bring me to the edge of tears, even today.

So for me personally, Voices is a very important album. 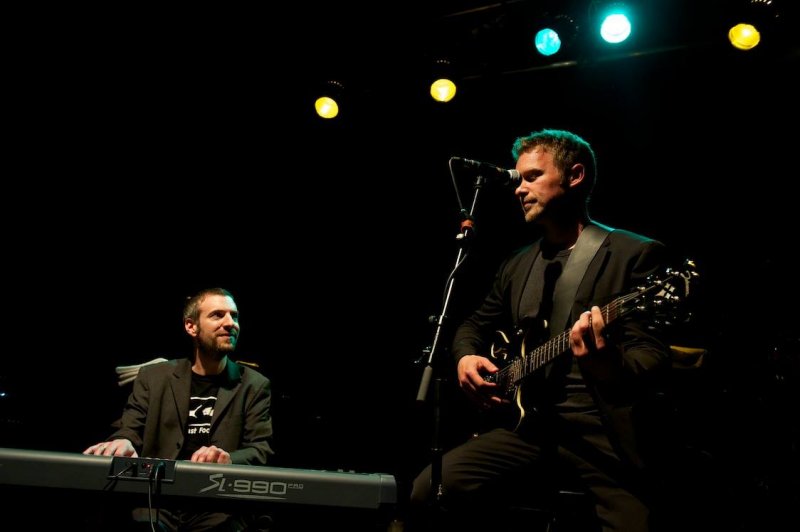