In number six in in this series, former reviewer Derk van Mourik takes a look back at an album he rated an 8 back in 2000: Spock's Beard's V. 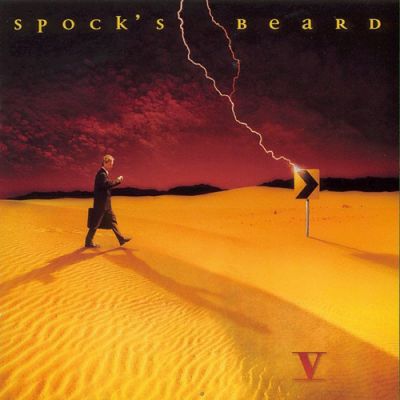 As I am writing this, it is almost exactly 20 years ago to the day that I first saw Spock's Beard in concert. For a few blissful years after that first encounter, they were my absolute number one favourite live band.

I especially remember the V concerts with much fondness. At the time the album came out, in some corners it was criticized for being derivative of the Beard's previous work. But to me, it was a culmination of that work, and now, 18 years and a steady stream of albums later, that's still how I feel about it.

And it's the epic, The Great Nothing, that still does it for me most. It's got all the Beard trademarks: the ballads (Neal Morse is a balladeer as much as a purveyor of odd time signatures and lengthy instrumentals), the blistering solos, the humour, the stonking bass...

Read the original Round Table Review of Spock's Beard - V.

Read the Round Table Review of the Day For Night album in which Derk also participated.