Chapter 15 in this series is published on the 20th anniversary of our very first review issue, Reviews Issue 1998-001.

It's probably interesting to know that in those 20 years, DPRP has published 9042 reviews in the CD & DVD Reviews section alone, in 1304 issues. (This is excluding the articles in the Specials, the Forgotten Sons and the Counting Out Time categories.) When we started with publishing reviews we decided that we would always publish more reviews in a single issue, to make sure the less-known bands are read, too. And we still follow that rule (except for a Round Table or Duo Review).

For this article, DPRP co-founder Jerry van Kooten takes a look back at Roger Hodgson's third solo studio album, Open The Door, which he reviewed in a Duo Review with Ed Sander. 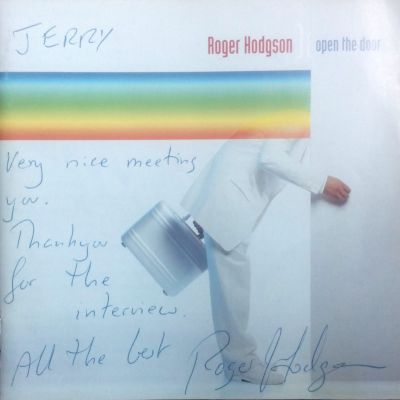 I had been aware of Supertramp for many years. Probably more aware than the average "fan" or at least I was not like many others, since I liked the first two Supertramp albums as much as the other albums. I also liked Hodgson's first solo album, In The Eye Of The Storm a lot, probably even more than the latest Supertramp album with him, Famous Last Words. I knew about Hai Hai but was underwhelmed, much like Hodgson himself, as he told me during an interview.

In 2000, his third solo studio album, Open The Door was released. To me it sounded like Hodgson was still there with all his songwriting skills and power, but it also showed he had grown, musically. To me this was the best he had done so far. I saw him live in Amsterdam, solo, and later in Frankfurt with Aaron McDonald. And how much I like his songs in their own right, adding one musician made the sound and the songs a lot richer. Unfortunately he only played a couple of songs off the album. (In Frankfurt he also played a new song, Keep The Pidgeons Warm, later renamed Oh Brother that so far has not seen a release on a studio album.)

In 2015 I saw him in Amsterdam again but now with a full band. Needless to say this was the best way to treat the multi-layered arrangements of the songs as they appeared on the studio albums. There were still lots of Supertramp songs but they played 6 songs from the first and third solo album. And I found myself liking the solo songs even more than the Supertramp songs. I am not sure what it is - it could be that I've heard the Supertramp songs so many times now that they no longer surprise me. It could also be that my taste now simply opts for his solo work.

The album Open The Door offers a variety of songs and sounds. I still think Hungry is the most poppy and, to me, least interesting. It contains some almost typical Hodgson tunes like Along Came Mary and Love Is A Thousand Times. Crafty songs with a hippie touch ("define a hippie, define a non-hippie", Hodgson asked me during an interview, and he was right of course, but I am using the stereotypical label here for clarification purposes only).

But there are also The More I Look, The Garden, and Say Goodbye, which are sadder songs, touching on a deeper lever. Showdown has a bit of anger to it, which is also present during the two big pieces of the album, Death And A Zoo and the title track. It's like anger or frustration, in an outburst of creativity, led to the birth of these songs. I still love these songs as much as I did then. For Every Man is a good closing track, less intense as to give some room to breathe, before the end of the song still delivers a proper ending to a great album.

Looking back at the past decade, I realise that I've been listening even less to the most popular Supertramp albums, more to the first two Supertramp albums, and even more to In The Eye Of The Storm and Open The Door. My taste has shifted a bit but I still love his songwriting. Now what about a new studio album? 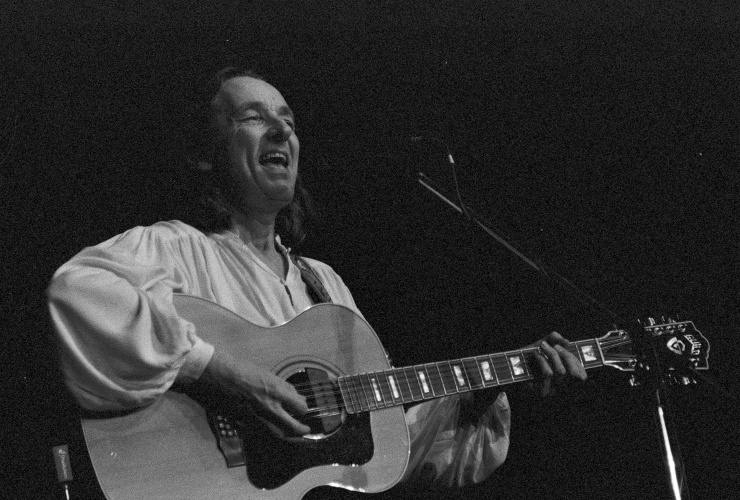 Read the original Duo Review of Open The Door here.

Here's the 2000 interview with Roger Hodgson by Jerry van Kooten.

And here you can read the 2005 interview with Roger Hodgson by Jerry van Kooten.