For this, episode 8 in the series, former reviewer Remco Schoenmakers revisits an album he has not heard in many years, by Ritual. 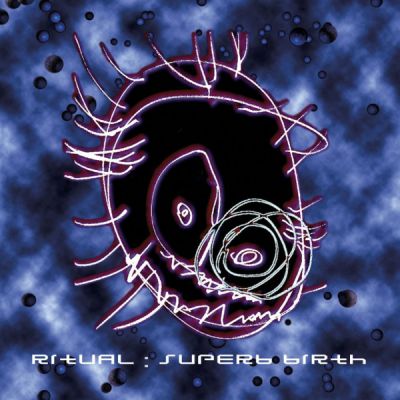 When Jerry asked me if I would be interested to do a retrospect on one of the albums I have reviewed for DPRP in the past, I hesitated a bit. For me, DPRP is a closed book. It is over 15 years back since I wrote my last review and I must admit that I rarely look at the pages anymore. My life and musical tastes have taken different turns and although I still sometimes enjoy some progressive rock, I have mostly gone back to the "basics" of my youth: Pink Floyd, Genesis, Yes, The Cure, Camel, to which I have added Anathema a couple of years back (thanks Ed for the birthday present!).

I don't really follow any of the bands anymore that I reviewed, but of course I could not say no to Jerry. So then the next question came up: about which band and album do you want to write? I initially thought I would do Spock's Beard, then changed to The Flower Kings, because I vividly remember the excitement these bands gave me when I "discovered" them. So I listened to their albums again, in particular Space Revolver. Listening to it for the fist time in many years, I found it didn't do anything for me anymore. So I forced myself to listen again, and again. At home, on a plane, at work. Nothing. Hmmmm, that was not what I expected.

So I looked up which album I really raved about and came across Pain of Salvation, The Perfect Element I. My goodness, what a bunch of loud stuff! Am I really getting old or something?! Although the track Ashes still is a very strong piece, I decided I would not be able to tell anything about this album either.

What's next then? I decided to think a bit about which tunes I could still hum. And then realized that the first one that came to mind was a track from Swedish band Ritual, of their Superb Birth album, called Do You Want To See The Sun. Fortunately, we now live in an age where you do not have to dig in your CD collection for hours anymore to find the music you like, and Spotify (another great Swedish music invention) was able to deliver the album to me immediately.

Great shock and horror: the track order has changed from what I remembered! Confused and dazzled I looked up my review to see if I was going insane. My panic made way for relief when I saw that there was a 2004-world-wide-release addendum to my review that mentioned the changed running order. Thank you anonymous addendum-adder for that reassuring piece of information!

But whilst order in the universe had been restored, the album in its new incarnation has a different vibe to it, starting with what was once the closing track. This meant I needed to rediscover the album a bit more and I listened to it several times since.

What strikes me more now than previously is the use of dissonant chords in virtually all tracks. It gives the tracks a sharp and tangy sound, and in general an energetic power. As a listener you do not get a lot of breathing space. But if you surrender to it and engulf yourself in the at times complex sounds and rhyhtms (for instance on the aptly titled track 6/8) and hints of Swedish folk song, it still is a very enjoyable album with tracks that have stood the test of time.

Just too bad that the old closing track, the one that I remembered and which still uplifts my spirits when I hear it, is no longer closing. But that too is easily solved by playing the first track once more after the album is finished. No punishment at all.