For the third part in this series, former reviewer Hester Stasse, who was with the DPRP team between 1998 and 2004, revisits one of her favourite albums, one she reviewed in 2003. Let's see if the album has stayed with her.

Back in 2003, my life pretty much revolved around two things: progressive rock and work. Well, three things really, progressive rock, work, and writing. And photography. Four things then. (And I guess I should apply for a spot in Monty Python's Spanish Inquisition.) Anyway though, progressive rock was one of my main passions at the time, which is why I really enjoyed writing CD and concert reviews as well as articles for, among others, the DPRP. Before I moved to Sweden, I went to at least one prog rock concert a month, on average. Things were different in the north though. I soon discovered that most UK and mainland European bands would skip Scandinavia because of the long distances they had to travel to get from venue to venue. Imagine my surprise when I found out that you were more likely to see Swedish or Norwegian prog bands on stage in The Netherlands than you would in Sweden or Norway!

I was therefore thrilled that one of my all-time favourite bands, Porcupine Tree, were going to play in my new hometown Gothenburg in the spring of 2003. Their Swedish support act, Paatos, were unknown to me and I have to admit I was kind of sceptical when their tour manager boasted about how good they were. However, Paatos' melancholic blend of jazz, old-school progressive rock and trip hop, combined with strong female vocals and fine musicianship appeared to be right up my alley. I bought their debut album Timeloss and kept it in my CD player for a long time.

Apart from two tracks, Paatos' second, more Portishead-like CD Kallocain didn't quite do it for me. And although there were a few nice songs on Silence Of Another Kind as well, I still preferred Timeloss. Live album Sensors from 2008 happened to include most of my favourite tracks from all three CDs and since I obviously am a big fan of live performances, buying it was a no-brainer.

Fast-forward to 2018. I've relocated to The Netherlands and progressive rock has taken a bit of a backseat for me during the last couple of years. Fifteen years ago, that was something I could never have imagined would happen to me, but it has. Right now, my life pretty much revolves around two things: equine behaviour and writing. Well, and photography. And... I do go to concerts every now and then and I do still buy the occasional album, but I'm not reading every scrap of information I can find about my favourite bands anymore. I even prefer the sound of silence to music a lot of the time. On top of that, I guess I too have fallen victim to the "Do you remember that great concert back in 2001? Those were the days!" and the "I like the old stuff better than the new stuff" virus. Until I started digging around to prepare for this tiny trip down memory lane, I was therefore even unaware that Paatos threw in the towel in 2016 after releasing two more albums.

When I look at the many CDs I reviewed for the DPRP, I have to admit that I haven't played most of them for ages. Not even those by bands I was really into at the time. When I listen to music, it's usually by one of the "big" prog outfits. Timeloss by Paatos is one of the exceptions though. When I feel I need a heavy dose of mellotron-soaked melancholy with soaring guitars and female vocals (minus kid gloves), I put on Timeloss. Had I reviewed the album today, I think I would have rated it a 9, although I still feel it's way too short and that the ending of Quits is too King Crimson-y. But hey, that's what the "next" button was invented for, right?

So, would I have preferred Paatos to create another Timeloss? Maybe even a part 3? On the one hand, I would have loved to hear more of those intricately wrought soundscapes. On the other, I'm not sure expecting a band to rehash their debut over and over again is serving creativity in the end. I, for one, would hate to be a one trick pony, so I don't think it would be fair to expect that from a band I like either, however much I may have enjoyed the result. No, it's better I'll just go and give Timeloss another spin. 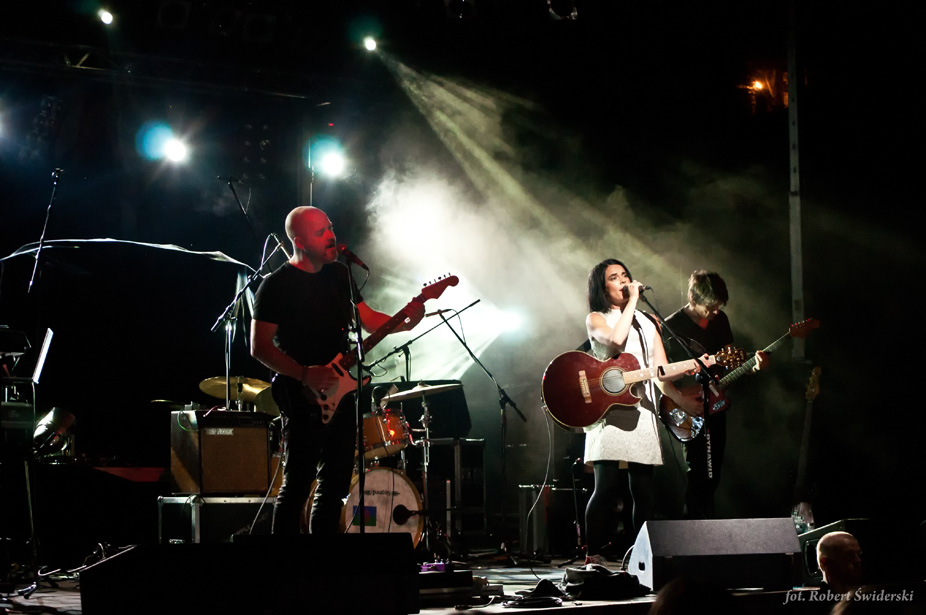