In episode 10 in this series, current reviewer Martin Burns take a look at his review from 2014 of John Wesley's album Disconnect. 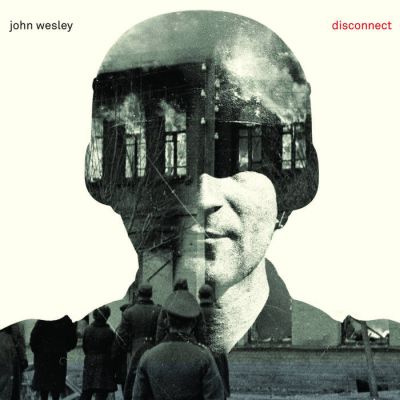 It is an odd story of how I became aware of Florida based guitarist John Wesley. My younger brother, Gary, and I were on our way from Birmingham to Sheffield to the see a one off-concert by a reformed Comsat Angels in early May 2009. We were both fans of their post-punk art-rock hybrid and post-punk art-rock in general. So what do you talk about when stuck in Friday rush-hour traffic on the M1? Well, after families and their welfare have been discussed our conversation inevitably turn to music.

After a while the discussion turned to the band Japan and what they we up to now. We knew what David Sylvian, Mick Karn and Steve Jansen had been up to as Gary had continued to follow their post-Japan careers, more closely than I had. But we were both stumped as to what Richard Barbieri had been doing since working as one third of Jansen/Barbieri/Karn in the mid to late 90s.

We discovered that he had been playing with this band called Porcupine Tree. We did the brother music sharing thing of buying an album as a taster and swopping it between us. That album was Fear Of A Blank Planet, which I had chosen by its cover image, never having heard anything by the band. We were both knocked out by it and went on to investigate the rest of their catalogue. From this, we discovered a whole world of modern progressive music of which we were previously unaware. With no small part being played by the reviews found on DPRP.net.

Somewhat later that year Porcupine Tree played Wolverhampton Civic Hall as part of their The Incident tour. We went and socks were truly blown off. And to bring a long digression to a close this is where I first became aware of John Wesley, as he was Porcupine Tree's second guitarist for live gigs.

Revisiting John Wesley's Disconnect album for this feature has been no hardship at all. As I predicted at the end of my review I have listened to Disconnect many times. It has grown in my estimation and I often regret, whilst I listen to it, that I should have given in a recommended rating, because great music is great music. And it doesn't matter if it is more classic rock than prog (but, hey I was new to the site!).

There is a depth of genuine emotion running like a gold seam throughout Disconnect, that is supported by excellent playing and, for Rush completists, a guest appearance by Alex Lifeson, who I feel upped his game on the track Once A Warrior on which he appears.

Disconnect was only knocked off the top of my "I need some guitars but not prog-metal guitars albums to play"-list by Wesley's next release A Way You'll Never Be.