Number seven in in this series has former reviewer Dries Dokter take a look back at one of his highest-rated albums he reviewed - Green Carnation's Light Of Day, Day Of Darkness! 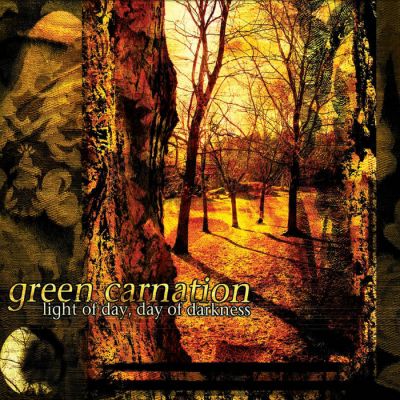 One of the discussions in the DPRP team that kept popping up every now and then, was: "what about the rating, how do I decide a number". We did have a guideline for that which was referred to throughout these discussion, but that would not prevent it from popping up again later on. Most of the times, the discussion sparked again when a 10 out of 10 was handed out. When I was asked to write a piece in this series, I think it was because of those discussions that I thought of revisiting Light Of Day, Day of Darkness by Green Carnation.

Light Of Day, Day Of Darkness was Green Carnation's second outing. And to date, it is still my favourite. It is hard to describe just one reason for that, but catchy and returning melodies, doomy guitars, excellent drum and bass parts, great singing all kept together by a great (single) composition.

A lot has happened to Green Carnation since 2004. In 2007 the band threw in the towel after a financially failed and poorly organised US tour.

But since 2014, the band has resurfaced (kind of). A reunion in 2014 to experience a second Night Under The Dam performance, and a number of appearances at festivals throughout the world, including Roadburn 2016 and ProgPower USA 2017, where Light Of Day, Day Of Darkness was played in its entirety.

There are still rumours that Green Carnation will eventually release a part 2 of The Chronicles Of Doom (Light Of Day, Day Of Darkness being part 1) but I have come to the point that I only believe that once it is actually released and available.

Until then I will listen to Light Of Day, Day Of Darkness more than a few times. It is still a great album!

You can find the album on the band's Bandcamp page here.