In this twelfth episode, former reviewer Joakim Jahlmar takes a look back at an album he reviewed in 2000: A.C.T - Today's Report. 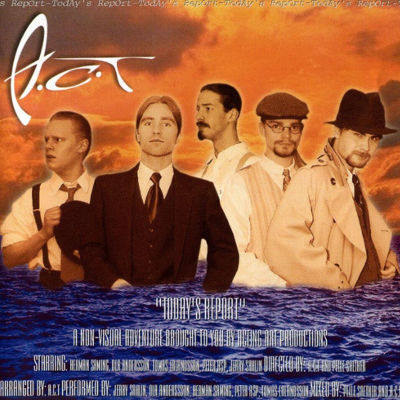 "I have been a fan of A.C.T since I first saw them live at a small pub in Göteborg in April/May 1997." That was how I opened my original DPRP review of that band's first official full-length release from 1999 way back in July 2000 (quite possibly one of my first DPRP reviews, to be honest), and in some sense it seems fitting to quote and reference that in the opening of this Archives of Prog piece on Today's Report.

You can clearly revisit the original review, so I will not linger on it, but rather consider how my views of the album hold up now, some 18 years later.

I still hold it to be true that the band is one of Sweden's best progressive rock bands. Live, they are simply one of the best acts (pun intended) you can catch, regardless of genre - I last attended one of their concerts in September 2016 and while lead singer Herman Saming may have dispensed with his many hats and hat changes of old, none of his energy and vitality on stage is lost. The band is tighter than ever. It was also nice to see former drummer Tomas Erlandsson up on stage performing a few songs with the band as well.

That said, while the band has developed their brand of music over the years, and I have eagerly followed that development, the two albums I most often tend to come back to is this one and its follow-up, Imaginary Friends (which I also reviewed, back in December 2001).

When asked about contributing to the DPRP's 20 Years Of Reviews series, as an online review site of prog, A.C.T. was one of the first bands that I knew I had reviewed that I really would be up for revisiting this way, and it made utter sense to me to pick their debut. 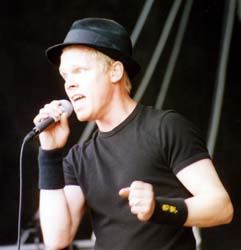 Singer Herman Saming in 2003. Photo by Andy Read for DPRP. Perhaps surprisingly, given what I have written thus far, it had actually been a while since I had given the album a proper listen. Of course, I had occasionally put it in the CD player to listen to a specific track or two, or opened a track on Spotify, but I had not really sat down with the material from start to finish. And in that sense it has been a very pleasant rediscovery.

While old favourite tracks like Abandoned World, Waltz With Mother Nature, Why Bother and The Chase remain obvious favourites, the other tracks remain very good and generate a strong if sometimes eclectic album; but then eclectic is part of the band's brand of music to begin with, so there is that. Even Cat Eyes, which I in my original review deemed a strange choice for inclusion (granted, especially considering tracks I knew did not make it onto the CD), now seems to belong on Today's Report in a very natural and indispensable manner.

While I referenced a lot of bands and music in my original review (e.g. Yes, Arena, IQ, and Spock's Beard, as well as Under The Sea from Disney's The Little Mermaid)), the ones I feel I very blatantly missed including for reference back then are ELO (one of keyboard master and vocalist Jerry Sahlin's music gods; whom I myself perhaps was not familiar with enough at the time) and Dream Theater (which I was definitely listening to, so I am a bit baffled that I did not mention them).

Revisiting the album this way has been a lot of fun, and I hope it inspires those of you who have not listened to it to do so, and those of you who have to also revisit a very fine debut by a band whom I will continue to hold up as a strong example of what Sweden has to offer the progressive genre. 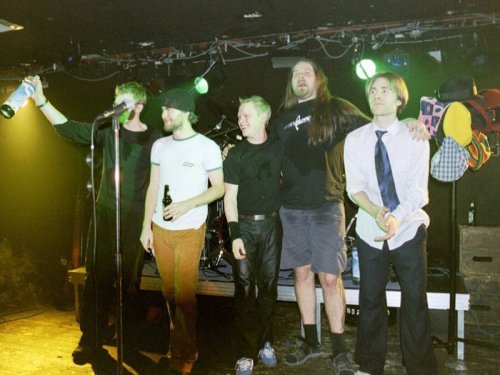