Following a resurgence of interest in prog rock in the late 90s, several documentaries appeared on UK television, including Rock Family Trees: The Prog Rock Years (1998), Top Ten Prog Rock (2001), Timeshift: Prog Rock (2004) and Prog Rock Britannia (2009). Far from treating the genre with the respect it deserves, predictably, those involved for the most part jumped on the prog-bashing bandwagon, ridiculing the genre before concluding that punk was the saviour of rock music in the late 70s.

To this day, progressive rock is regularly and unjustifiably criticised as being pretentious and self-indulgent. There is a myth that prog is typically based around long, self-indulgent solos, even though you are more likely to encounter a lengthy, improvised solo in a blues or jazz performance. Prog, like classical music, requires a high level of commitment from the musicians to create an ensemble performance, with little room for displays of self-indulgence. 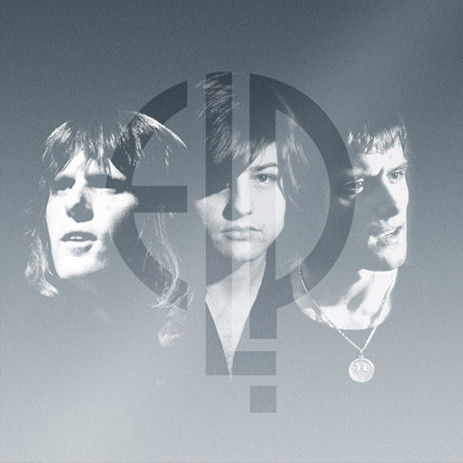 Emerson Lake & Palmer drawing One band that has had more than its fair share of detractors over the years is Emerson Lake and Palmer. Even critics that have a good word for bands like Genesis, Yes and King Crimson will regularly give ELP a hard time. “Pompous”, “overblown” and “self-indulgent” are accusations regularly thrown in the band's direction. Given that ELP have a tendency towards pomp and bombast, then the first two comments are perhaps understandable, but I would dispute the latter.

On their studio recordings, ELP display a high level of discipline, and although on stage both Emerson and Palmer are exhibitionists with a penchant for extended solos, then so too were Jimi Hendrix, Dizzy Gillespie and Oscar Peterson, who are revered for their achievements. As for Lake, although it's evident that he favours compact, acoustic songs with a standard verse-chorus format, he readily lent his vocals, bass and lyrics to Emerson's extravagant epics. A sign of self-indulgence? No I don't think so.

Another example of the double standards that exist in the critics' mind-set is their view of prog's classical music tendencies. Respected jazz musician Miles Davis' album Sketches of Spain, which includes a treatment of Joaquín Rodrigo's Concierto de Aranjuez, is regularly hailed as a masterpiece, whereas similar efforts by the likes of Keith Emerson are either scorned or ignored.

A man noted for his derisory remarks about prog and especially ELP, was the legendary UK broadcaster John Peel. Peel's support for bands in the late 60s and early 70s cannot be overestimated, resulting in some superb live-in-the-studio recordings. But his off-hand comments were often misguided. One such example was his assertion that progressive rock was elitist, favoured only by those from an upper class, public school background. Other writers have been guilty of the same assumption, which speaking as someone from a solid working class background, I find bemusing. 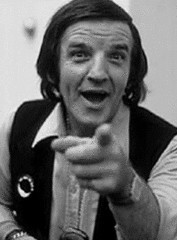 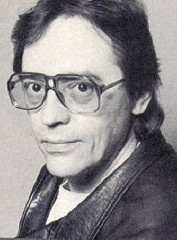 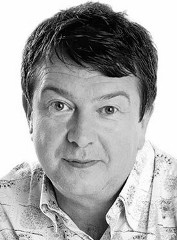 To conclude on a positive note, several respected UK broadcasters like Alan Freeman, Tommy Vance, Stuart Maconie and Danny Baker have regularly championed progressive rock over the years, and even Mark Radcliffe I would suggest had his tongue partly in his cheek when he made the comment at the head of the chapter.

Chapter 9: A Night at the Opera

“It sounds pretentious, but my music is more than music, it's like an adventure. Doing a rock opera, and having 17 singers coming to my place, it would be such a shame not to document it and share it with people”. Arjen Anthony Lucassen (2008)

First of all an apology to Queen fans. This chapter is not, as the title may suggest, dedicated to Freddie Mercury and co (although they do feature in the last paragraph), but rather it is an insight into progressive rock's occasional flirtation with opera and musical theatre.

If, as I suggested earlier, there is a general preconception that classical music is mostly instrumental, then opera is probably the most distinctive sub-genre of the classical family.

Opera originated in Italy around 1600 and usually involves a contained story, with often tragic or comic consequences. Often opening with an overture (introducing the principle themes), individual songs or arias are performed by solo singers backed by an orchestra.

The "musical" is a more recent innovation, which in the 1920s began to follow the opera model of integrating libretto, song and lyrics with narrative. Given those parameters, the concept album (that most maligned staple of progressive rock) is a not-too-distant relation.

In the last two decades there have been more extended works recorded in the name of prog rock, than there ever was during the 1970s (check out the DPRP's Long Songs List). Often, with some justification, these have been accused of being a collection of unrelated songs strung together to masquerade as an epic. The Garden Of Dreams (1999) by The Flower Kings for example is perhaps guilty-as-charged, although I shouldn't be too quick to judge because TFKs, along with Spock's Beard, were chiefly responsible for my renewed interest in prog in the early 90s. And as I alluded to earlier, a collection of otherwise unrelated tunes, unified by a common theme or story, is not only the basis of the concept album but also opera and musical theatre.

Whilst The Beatles' Sgt. Pepper's Lonely Hearts Club Band (1967) is often credited as the birth of the concept album, in truth it had only two or three songs linked by a common theme (contrary to popular myth the fab four were not responsible for everything that followed). Tommy (1969) by The Who is on the other hand a genuine "rock opera", with individual tracks spread over two discs, telling a consistent (if abstract) story. In addition to the Overture, it also includes the Underture, an indication that composer Pete Townsend was not taking himself too seriously. That said, during the 18-month tour that followed Tommy, The Who had the rare distinction of performing in opera houses.

Unlike an opera, which is usually sung by several soloists, the concept album is often performed by one person (the band's lead singer). And whereas operas and musicals are usually always performed in their entirety, rock albums have a shorter shelf-life, and over time, bands rarely perform an entire concept album in concert, preferring instead to single out specific songs (e.g. Genesis' The Carpet Crawlers).

One man with a high profile in prog circles, who has been responsible for two recently recorded and successfully staged musicals is Clive Nolan. Both She (2008) and Alchemy (2013) are outstanding examples of the genre, and whilst they are never likely to achieve the same recognition as the works of Mozart and Puccini, they certainly compare favourably with the Andrew Lloyd Webber's and Claude-Michel Schönberg's of this world. Nolan makes good use of the leitmotif technique, commonly used in opera and film soundtracks, where the principal characters are identified by their own themes.

A hugely popular sub-genre of prog that's hard to ignore, and one that fits neatly into this category, is symphonic metal. Since the mid 90s acts like Ayreon and Symphony X have produced some powerful works, with more than a hint of classical inspiration, whilst others including Epica, After Forever, Nightwish and Within Temptation are all fronted by female singers, who perform in a dramatic, operatic style. It's also not uncommon for these bands to utilise classical instruments, and even a symphony orchestra.

At the beginning of this chapter I mentioned Queen, and whilst they never claimed to be a prog band (even though their earliest influences were Yes and Led Zeppelin), there is no doubt that Bohemian Rhapsody from 1975 will long remain in people's consciousness as rock's finest operatic creation. It also demonstrates why opera is one of the least copied sub-genres of classical music. It would be virtually impossible to sustain the intricate choral mid-section (which lasts for a little over a minute) for a whole album. It's also telling that Queen were never able to perform this part live.

Most recently Ian Anderson has announced that he will be taking Jethro Tull – The Rock Opera out on the road. Anderson explains: “Instead of spoken introductions to the songs, there will be the use of that operatic device, the recitative, where links are made by sung vocal segments in a simple musical backdrop – making it a little easier and more entertaining for non-English-speaking audiences.” Evidence, if need be, that opera still holds a fascination for prog-rockers.