Chapter 4: Close To The Edge – A Modern Symphony

“Close To The Edge has four movements to it. You can hear all the different pieces if you work it out, like you can with Beethoven.” Alan White (1972)

To better illustrate the influence of classical music, I've singled out a particular piece of progressive rock, and for me there is none more appropriate than the 1972 masterpiece Close To The Edge by Yes. Not only is it arguably the quintessential prog album, the title-piece is one of the most fully realised marriages of prog and classical styles recorded, and all done without the aid of traditional (classical) instrumentation or an orchestra.

Whilst the chief architects were vocalist Jon Anderson and guitarist Steve Howe, keyboardist Rick Wakeman, bassist Chris Squire and drummer Bill Bruford were by no means bystanders and collectively they were one of the most formidable line-ups in prog-rock (or any other genre for that matter). At the time Anderson was listening to a good deal of classical music and I believe it was his intention to combine the stark grandeur of Stravinsky, the pastoral beauty of Sibelius and the rhythmic sensibilities of Mozart. Producer Eddie Offord was also an important contributor, piecing the tracks together whilst the band was out on the road.

Four years earlier, like many bands when starting out, Yes' repertoire included cover versions, although in their hands these became extended, instrumentally-dense affairs. The Nice, US rockers Vanilla Fudge and the vocal harmonies of Simon & Garfunkel and The 5th Dimension were clearly an influence.

Unlike The Nice, Yes generally avoided classical adaptations, although fans of their second album Time And A Word (1970) may have noticed the striking similarity between the organ riff that introduces The Prophet and the brass fanfare to Gustav Holst's Jupiter from the Planets Suite. Film music was also fair game, on the same album they inserted the soaring string theme from Jerome Moross' The Big Country into the unlikely setting of Richie Haven's No Opportunity Necessary, No Experience Needed. Another early recording was an ambitious version of Leonard Bernstein's Something's Coming from West Side Story. 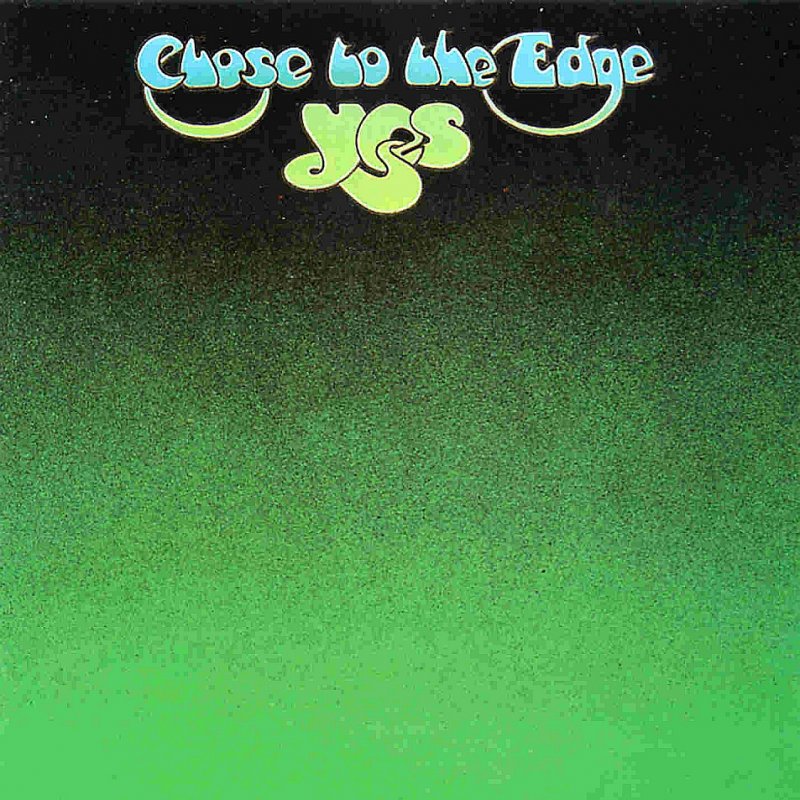 As the band progressed (and personnel changed), Yes' music became more adventurous and complex, reaching its full potential with their fifth album Close To The Edge. It consisted of just three pieces, the rocking Siberian Khatru, the lyrical And You And I, and most significantly the 19-minute title track. Divided into four parts, The Solid Time of Change, Total Mass Retain, I Get Up I Get Down and Seasons of Man, had CTTE been a 19th century symphony, then each part (or movement) could have very easily been retitled Allegro (fast), Scherzo (jaunty), Adagio (slow) and Rondo (reprise).

Rather than stringing together four unrelated songs and passing it off as an epic (as many bands are prone to do), CTTE is a fully contained piece, where the art of building tension and then release is as important as the melodies. Whilst it's undeniably rock music with elements of jazz (the dissonant instrumental intro) and folk (the pastoral mid-section), it closely follows the classical model of variation, changing the tempo, texture and tone of the piece to create different moods and emotional responses from the listener.

Take the main chorus for example. When it first appears it's delivered in a fast, almost dismissive manner, but by the time we reach the finalé, it takes on epic proportions, with a stately grandeur that to this day still has the ability to send shivers down the spine. This is the genius of Yes and Close To The Edge.   Although Yes would go on to record arguably more ambitious works like Tales From Topographic Oceans (1973) and Relayer (1974), Close To The Edge was a high watermark in progressive rock that has rarely been equalled.

To prove it wasn't a studio fluke, Close To The Edge was rapturously received on the subsequent tour (with Alan White replacing Bill Bruford) although the poorly recorded Yessongs version released in 1973 barely does it justice. Most recently however further recordings from the 1972 North American tour have been unearthed from the vaults and released under the title Progeny – Live from Seventy-Two (2015). Although I've heard smoother versions of the classic Yes material, it's a welcome opportunity to rediscover the band in their energetic, youthful prime. 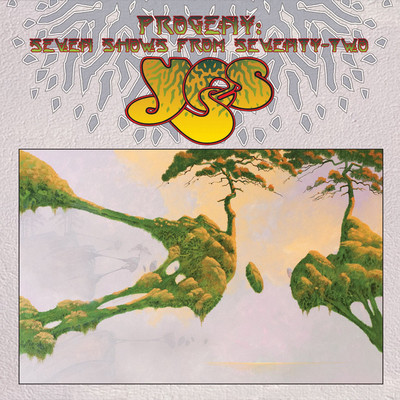 Chapter 5 – We Have The Technology...

“I went from seven keyboards I had in Refugee, to the fourteen I played with Yes.” Patrick Moraz (circa 1977)

Given that the musicians in a standard rock line-up are relatively short in number, compared with an orchestra, then advances in technology has been a crucial factor in the development of progressive rock, especially when it comes to emulating classical styles. Keyboard technology in particular is one reason why maestros like Keith Emerson, Rick Wakeman, Tony Banks and Robert John Godfrey are commonly linked with classical music, although stylistically they also have a strong affinity.

In skilled hands, instruments like the Mellotron, which appeared in the 1960s and the Mini-moog synthesizer in 1970, enabled bands to produce symphonic sounds that could approximate the timbres of an orchestra. Excellent examples can be found in And You And I (1972) by Yes and River Of Life (1973) by PFM, which similarly combine Moog and Mellotron to create soaring symphonic soundscapes. 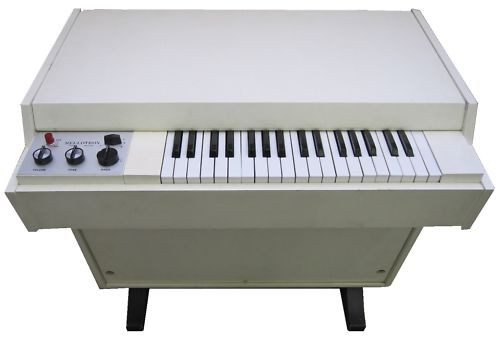 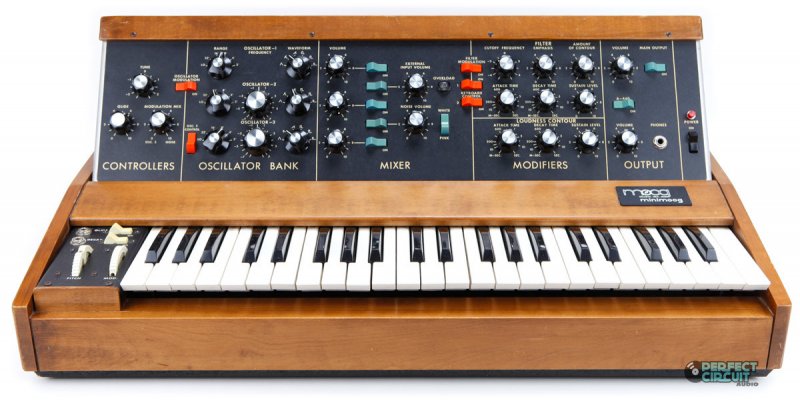 Keith Emerson on the other hand avoided the Mellotron in favour of his cumbersome modular Moog, creating some very convincing orchestral sounds. Listen to the "strings" at the beginning of ELP's Trilogy (1972) or the "trumpet" that announces Fanfare For The Common Man (1977) and it's easy to believe that you're listening to the real thing.

It was Royal College of Music protégé Rick Wakeman who pioneered the use of multiple keyboards, earning the nickname the 'keyboard wizard'. The image of Wakeman encircled by a bank of Mini-Moogs, Mellotrons, organ, electric piano and the like, not only became one of the most enduring images of prog, it also allowed for a wide orchestral pallet influencing numerous other players including Patrick Moraz and Geoff Downes who followed in his Yes footsteps.

The Fairlight sampling synth became the instrument of choice during the 1980s especially for producers like Trevor Horn, and although it was effectively employed by artists like Peter Gabriel and Kate Bush, its use in synth-pop especially reached saturation point. Even Yes succumbed to the allure of the Fairlight, as the 1983 hit Owner Of A Lonely Heart (produced by Horn) testifies. 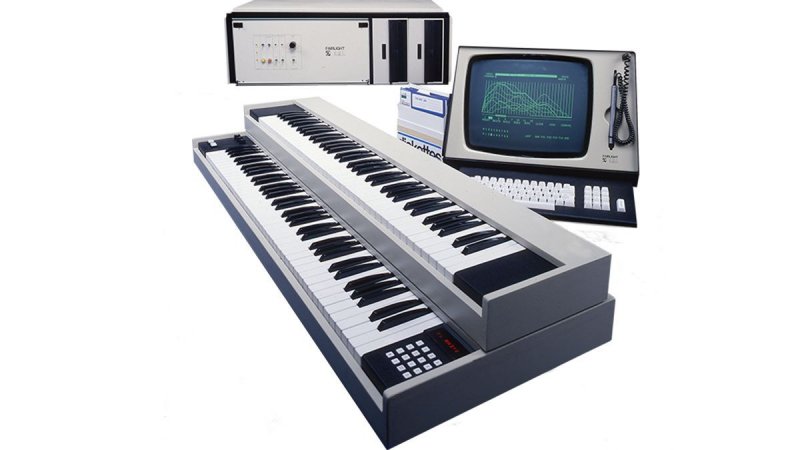 The advances in digital keyboards did in theory make analogue instruments redundant, and these days it's possible for the likes of Neal Morse and Andy Tillison to recreate similar sounds with the smallest of rigs and computer software.

Thankfully those old analogue keyboards have enjoyed a renewed popularity of late (in the studio at least, if not on stage).

Keyboardists do not have a monopoly on technology. Electric guitar effects, including the guitar synth as used by Steve Hackett amongst others, allow for the creation of sustained orchestral-like sounds.

Bass pedals are also used to good effect, especially on stage, creating thick, rounded chords. Bass players like Mike Rutherford and Chris Squire could also be seen on stage wielding multi-neck guitars, although this often seemed to be more for visual effect rather than any practical considerations.

Drummers also got in on the act. Drum kits got bigger and bigger during the 70s, incorporating orchestral accessories like bells, gongs and tympani. ELP drummer Carl Palmer's set-up for example, resembled a small orchestra flanked by two monstrous Chinese gongs.

Bill Bruford for his part adopted an electronic kit, which certainly looked impressive during the 1989 ABWH tour, although during the subsequent Yes 'Union' tour it proved to be notoriously unreliable.

Studio technology and multi-tracking have also had their part to play. Creations like Mike Oldfield's Tubular Bells (1973) and Jon Anderson's Olias Of Sunhillow (1976) would have been unthinkable in the 1960s, and as a result could not be easily reproduced on stage by their creators (not without a little assistance that is). 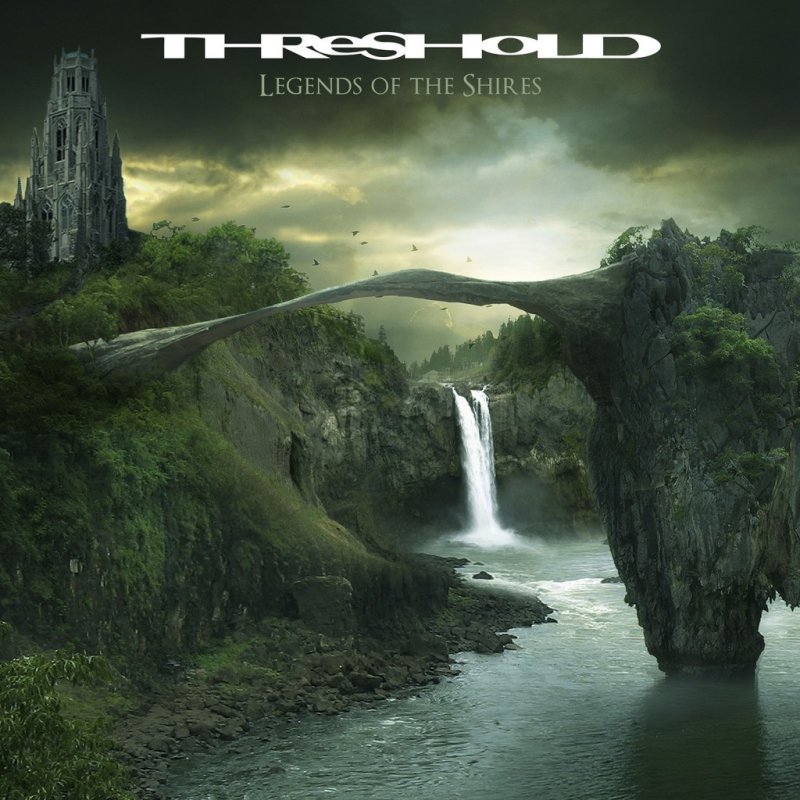 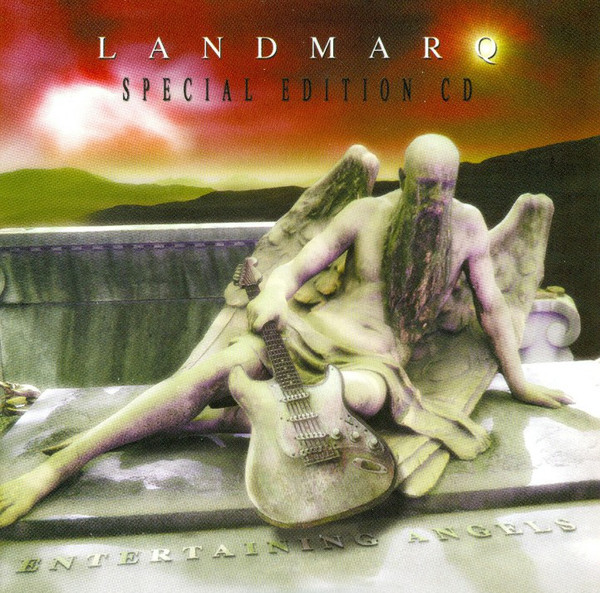