Chapter 2: Borrowing from the Classics

"Jazz and classical music, in some forms, are in danger of dying out because they don't relate to things of today. We're taking these elements, adapting them to our own style and joining them to make a new kind of music." Keith Emerson (1969)

Vivaldi, Back, Mussorgsky, and Stravinsky

Whilst a number of progressive rock musicians over the years have attempted to emulate classical music prototypes, with experiments in longer instrumental forms, very few, contrary to popular myth, have consciously borrowed from specific classical pieces, especially in more recent times.

If anything, classical adaptations were more prevalent during the late 60s and very early 70s when progressive rock was in its infancy. During those formative years, artists would readily draw on existing musical sources in an attempt to establish a style and identity. Almost any source was fair game, especially classical music with its rich and abundant heritage. 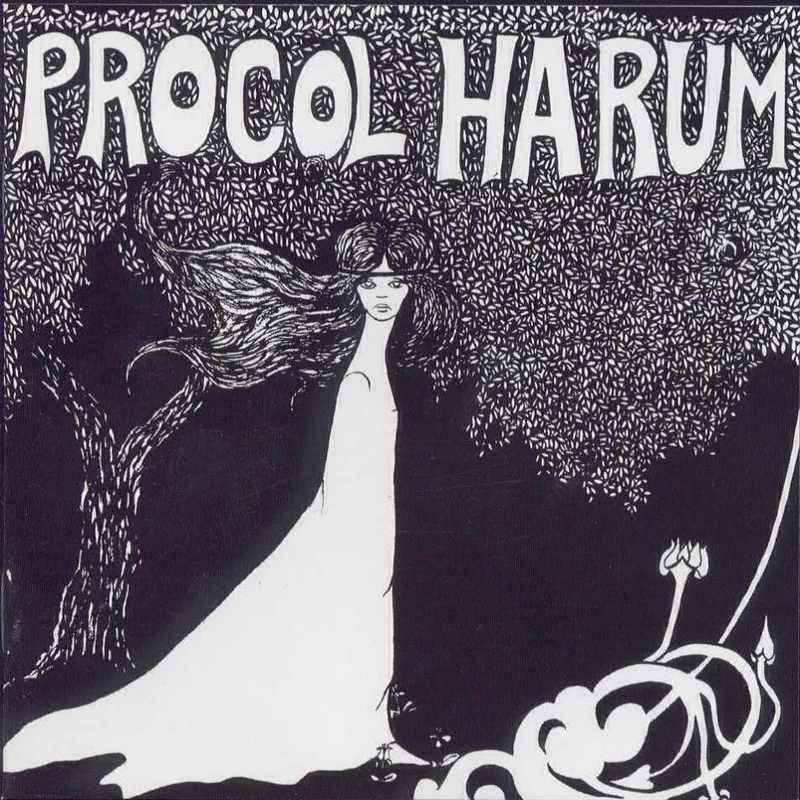 Cover of Procol Harum - Whiter Shade of Pale One of the earliest examples was Procol Harum's seminal single A Whiter Shade Of Pale (1967). Whilst the song is credited to band members Gary Brooker and Keith Reid, discerning observers noted that Matthew Fisher's iconic Hammond organ theme was based on a part of Johann Sebastian Bach's Suite No.3 in D Major. The band went on to have a good deal of success working with symphony orchestras during the early 70s, although the music was usually always their own.

Bach also attracted the attention of Jethro Tull, whose second album Stand Up (1969) featured a jazzy flute version of Bourrée in E minor, which also became a live favourite for the band. With their previous album leaning heavily on blues rock, this track was an early indicator of the direction in which band leader Ian Anderson was heading.

The appropriately named Beggars Opera also had a penchant for Bach and his contemporaries, as demonstrated on their 1970 debut album Act One.  Music by Bach, Franz Von Suppe, Mozart and Grieg's Peer Gynt sat comfortably alongside the band's own compositions.

For contractual reasons Rick Wakeman was unable to include one of his own compositions on the Fragile album by Yes, released shortly after he joined the band in 1971. As a result, his solo contribution was Cans and Brahms, an adaptation of the third movement of Symphony No. 4 in E minor by Johannes Brahms. Using a different keyboard to replicate each section of the orchestra, Rick later described it as “dreadful” and it's apparent that he had little time to work on the piece.

Whilst Wakeman's piece was a fairly modest undertaking, some bands were overly ambitious, and as a result projects had to be abandoned. Manfred Mann's Earth Band for example planned to tackle Gustav Holst's Planets Suite in its entirety, but only managed a stripped down version of the fourth movement Jupiter. By way of compensation, it resulted in their first hit single, Joybringer (1973). 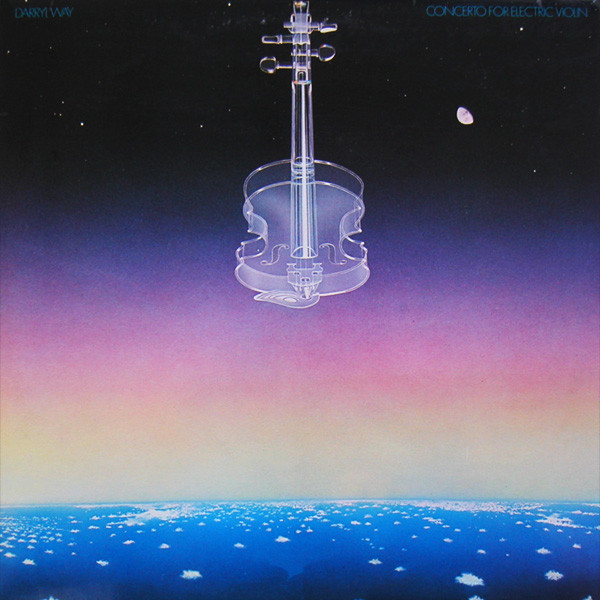 Cover of Darryl Way - Concerto For Electric Violin Erstwhile Curved Air violinist Darryl Way demonstrated his passion for classical music with his interpretation of Vivaldi's The Four Seasons, which was a regular highlight of the band's shows. In 1978 he released of his own four-movement Concerto For Electric Violin complete with synthesised orchestrations, courtesy of bandmate Francis Monkman.

On the subject of Vivaldi, in a recent UK TV documentary Rick Wakeman boldly described the Italian composer as “The founding father of modern rock” and claimed that: “The Four Seasons really was the first concept album”.

One man who perhaps had the greatest success in adapting classical works into a rock format was Keith Emerson. His band The Nice were also one of the first to blend rock, jazz, blues and classical music. Recipients of the band's unique interpretations include Leonard Bernstein, whose America from West Side Story is combined with elements of Antonín Dvořák's New World Symphony. 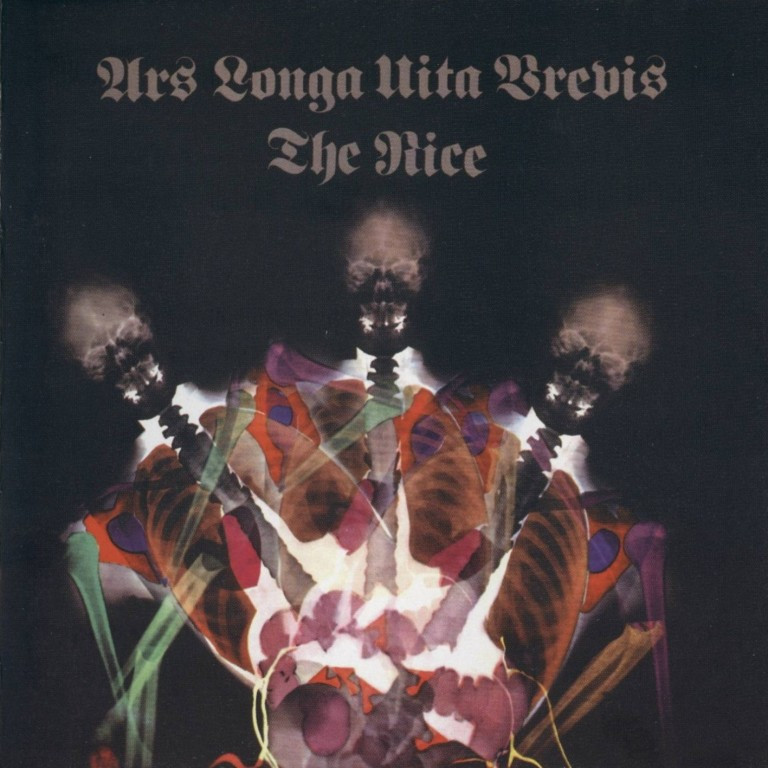 Cover of The Nice - Ars Longa Vita Brevis On The Nice's second album, Ars Longa Vita Brevis (1968), Jean Sibelius' Intermezzo from the Karelia Suite gets a workout, whilst the 19-minute title suite incorporates an extract from Bach's Brandenburg Concerto No. 3. An orchestra was also used, which was taken to its full potential in October 1969 with a live recording of The Nice's Five Bridges suite. Several soloists and a full orchestra played alongside the band, and the resulting album, released the following year, included classical pieces by Sibelius, Tchaikovsky and Bach.

When Keith became one third of Emerson, Lake and Palmer in 1970, virtually every album that followed included an adaptation of a classical piece. The composers included Béla Bartók and Leoš Janáček on Emerson Lake & Palmer (1970), Bach on Tarkus (1971), Aaron Copland on Trilogy (1972) and Works Volume 1 (1977), Alberto Ginastera on Brain Salad Surgery (1973), Joaquín Rodrigo on Love Beach (1978), Gustav Holst on Emerson, Lake & Powell  (1986) and Sergei Prokofiev on Black Moon (1992). As Emerson often favoured 20th century works, living composers like Bernstein, Copland and Ginastera were able to comment first-hand on ELP's interpretation of their music.

ELP's most ambitious classical reworking was Modest Mussorgsky's Pictures At An Exhibition with lyrics by Greg Lake, recorded live by the band in 1971. During the 90s they recorded an abridged (and for me more satisfying) studio medley. In the mid-eighties Trevor Rabin recorded a short electric guitar adaptation of Promenade from the same suite. This was supposedly intended for the Yes album Big Generator but eventually found a home on his demo collection 90124 (2003).

In 1975 the UK singles chart was given a much needed boost by that rarest of things, a prog-rock Christmas hit. Greg Lake's I Believe In Farther Christmas was elevated from novelty status into a majestic statement thanks to Keith Emerson's synth hook, based on Sergei Prokofiev's Troika from the Lieutenant Kijé Suite, culminating in a thunderous orchestral finale.

Yes, unlike Emerson and co, mostly avoided classical adaptions, even though during the 70s frontman Jon Anderson was an admirer of early 20th Century composers like Sibelius and Stravinsky. As a result, the triumphant finale to Stravinsky's The Firebird regularly preceded the band's shows and would do so for several decades, although they dabbled with other works including John Williams' intro to Close Encounters Of The Third Kind for the Tormato 'In the round tour' and Benjamin Britten's Young Person's Guide to the Orchestra for the ABWH shows.

Whilst we're on the subject of Yes, guitarist Steve Howe occasionally includes a classical piece in his acoustic solos such as Vivaldi's Concerto In D, as an alternative to his self-penned compositions Clap and the classically inspired Mood For A Day.

Although The Enid remain one of the most classically influenced bands, they've generally refrained from incorporating classical music in their repertoire, preferring instead to record their own compositions in a 19th century style. That said, Eric Coates' The Dambusters March and Edward Elgar's Land Of Hope and Glory regularly provided a rousing finale to their legendary 1970s shows, where the atmosphere, as I recall, was closer to the Last Night at the Proms than a rock gig. 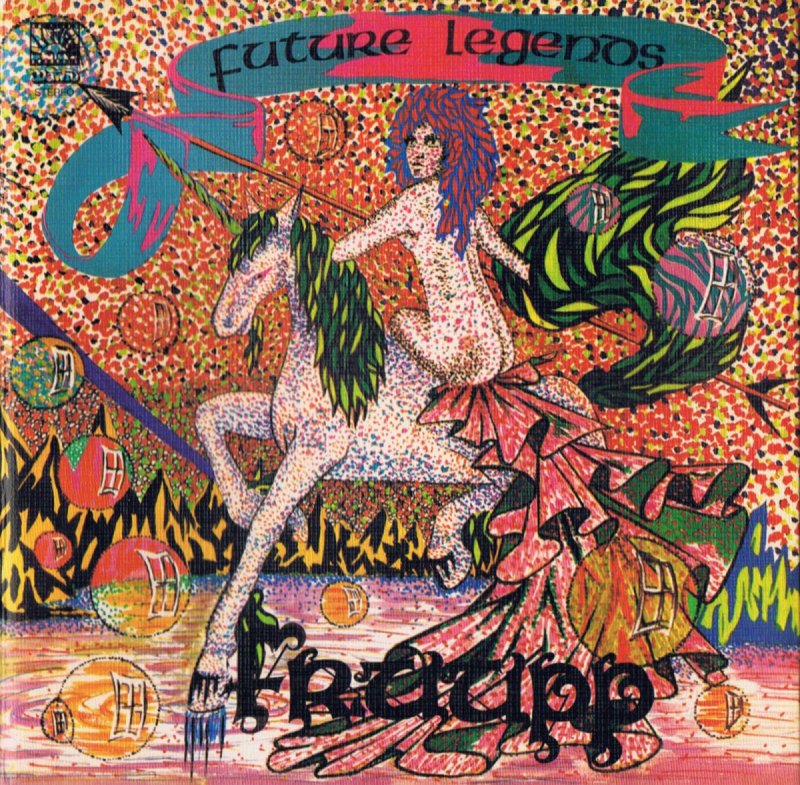 Cover of Fruupp - Future Legends Like The Enid, another band heavily influenced by the classics was the vastly underrated Fruupp. Hailing from Northern Ireland, they released four albums between 1973 and 1975, the first two of which featured a string ensemble. Although the songs were credited to the band members, they incorporated direct references to Beethoven, Holst, Handel, Chopin, and Sibelius amongst others, as well as the traditional folk tune Greensleeves.

From the early 1980s onwards, borrowing from the classics became less fashionable (as did progressive rock in general) and even new bands who took up the symphonic prog mantle, such as Marillion, Pallas, Pendragon and IQ, were disinclined to include elements of the grand masters in their music. If prog pioneers like Keith Emerson, Rick Wakeman and Tony Banks were influenced by classical composers, then it was they themselves who became the role models for a new breed of musicians.

A notable exception is symphonic metal, a genre that has its roots in the 80s. Most of the current bands originate from Scandinavia and The Netherlands and incorporate elements of classical music and occasionally perform with a full orchestra. A case in point is Epica whose 2009 live album The Classical Conspiracy, performed with a chamber orchestra, incudes arrangements of pieces by Verdi, Handel, Dvořák, Prokiev, Grieg, Pergolesi and Vivaldi alongside the band's own compositions. 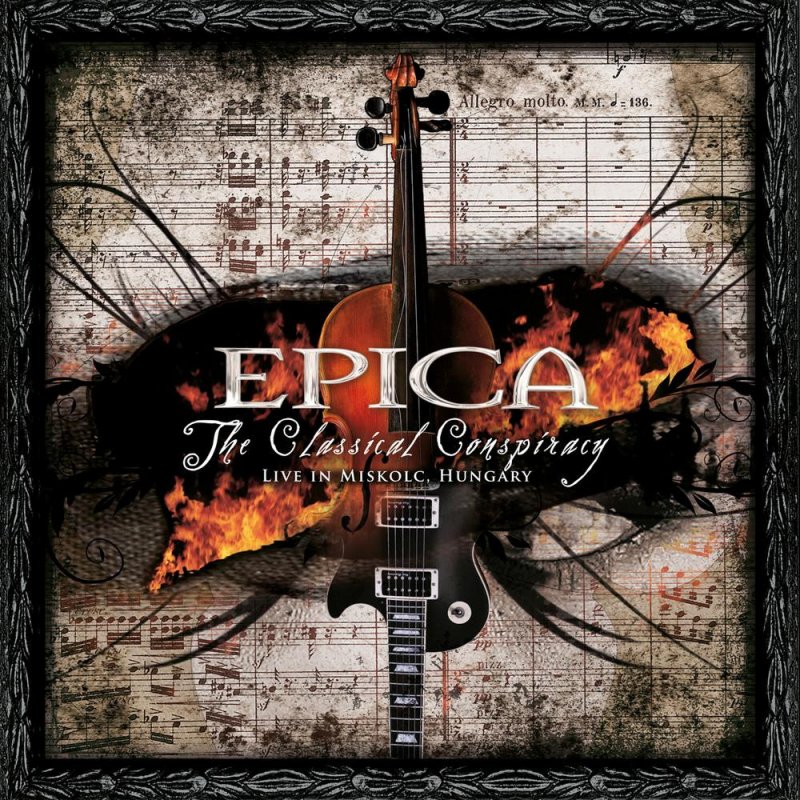 Cover of Epica - The Classical Conspiracy