Prog and Christmas, not the most likely combination we bet most of you would say. But there is more to it than you probably think. DPRP writer Patrick McAfee investigates!

It's that time of year when radio is filled with Christmas songs both old and new. From big band to country to modern pop, it seems that all forms of music are well represented on the holiday airwaves. With the notable exception of Greg Lake's perennial classic, I Believe in Father Christmas, prog is a genre that is missing from most holiday playlists.

This is hardly surprising, considering that commercial radio basically ignores prog throughout the rest of the year as well. That said, progressive rock artists are no less festive and this feature strives to present a window into prog's unfairly disregarded holiday output. 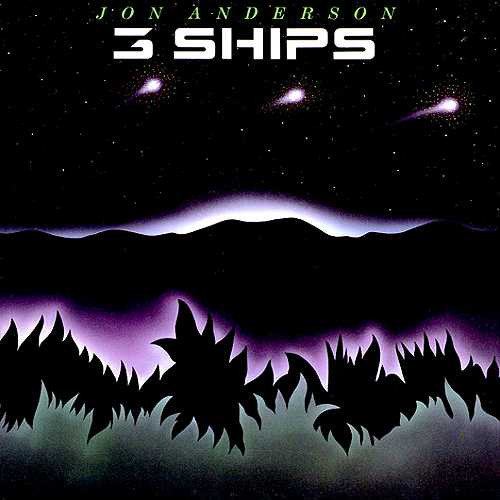 One of the first prog related Christmas albums, Jon Anderson's 3 Ships, was was released in 1985. This eclectic (and ocassionally dated) recording hit the streets during the 80s resurgence of Yes. Anderson always seemed a natural choice to create a Christmas album and this mixture of original songs and traditional holiday classics, is reflective of his unique talents. It is a joyous affair that is filled with swirling keyboards and a vast mixture of musical styles. 3 Ships does have its naysayers, but to me, it is as distinctive and entertaining as the artist who created it. The album received a long overdue re-released in 2007 with extra tracks. Regrettably, with the exception of the excellent, Give Hope, the additional songs serve more to disrupt the effective flow of the original release. 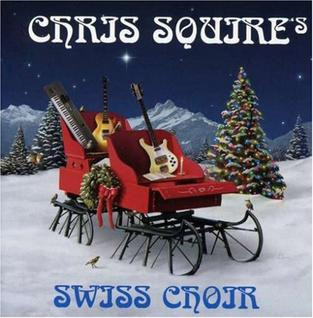 Speaking of Yes-related Christmas recordings, Chris Squire also ventured into holiday territory with his cleverly titled, Chris Squire's Swiss Choir (2007). The album is a reverential tribute to the music that he grew up listening to in holiday church services. With excellent support from guests Steve Hackett and Syn bandmates Gerard Johnson and Jeremy Stacey, the real stars of this recording are the English Baroque Choir. With their invaluable help, Squire successfully mixes rock with classical choral music in a unique and facinating way. In fact, this underappreciated gem is one of the finest Christmas albums to come from any genre. It was clearly a labor of love for Chris and it would be nice to see this superb recording obtain the attention that it deserves. 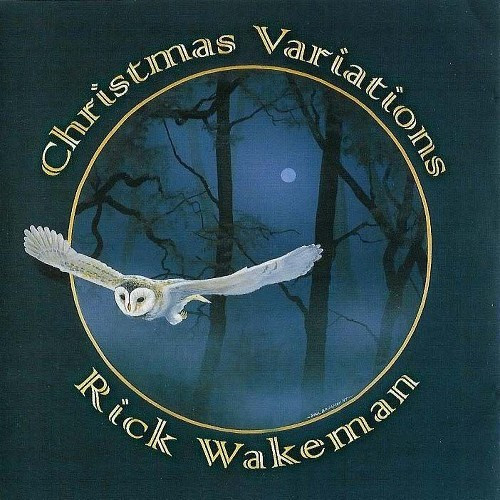 Christmas is apparantly a popular holiday for members of YES as keyboardist Rick Wakeman also contributed to the season with Christmas Variations (2000). This mellow, somewhat new age recording contains solo interpretations of classics such as Away In A Manger, It Came Upon A Midnight Clear and O Little Town Of Bethlehem. Rick's traditional keyboard style is on display throughout and the less than traditional arrangements are often intriquing. Ultimately, the album follows a consistent lesurely course and makes an excellent backdrop to any posh holiday gathering. I wouldn't label it as essential, but it is certainly a pleasant listen. 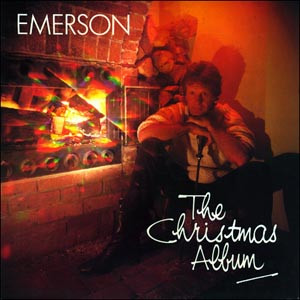 Fellow legendary keyboardist, Keith Emerson released The Christmas Album in 1988. His magnificent impovisation and arrangement skills were put to use on several holiday classics. Almost too much so at times. Traditional songs like O' Little Town and We Three Kings become almost unrecognizable. They are still entertaining, but more so as examples of Keith's musical sound, rather than as Christmas songs. To a large extent, the album's original tracks (Snowman's Land and Captain Starship Christmas) help to lend some holiday cheer to the proceedings. The latter track reportedley includes performances from Deep Purple's Ian Paice and guitar maestro, Gary Moore. All things considered, the album stands as testiment to Keith's talent and has enough holiday cheer to fit securely into the category. 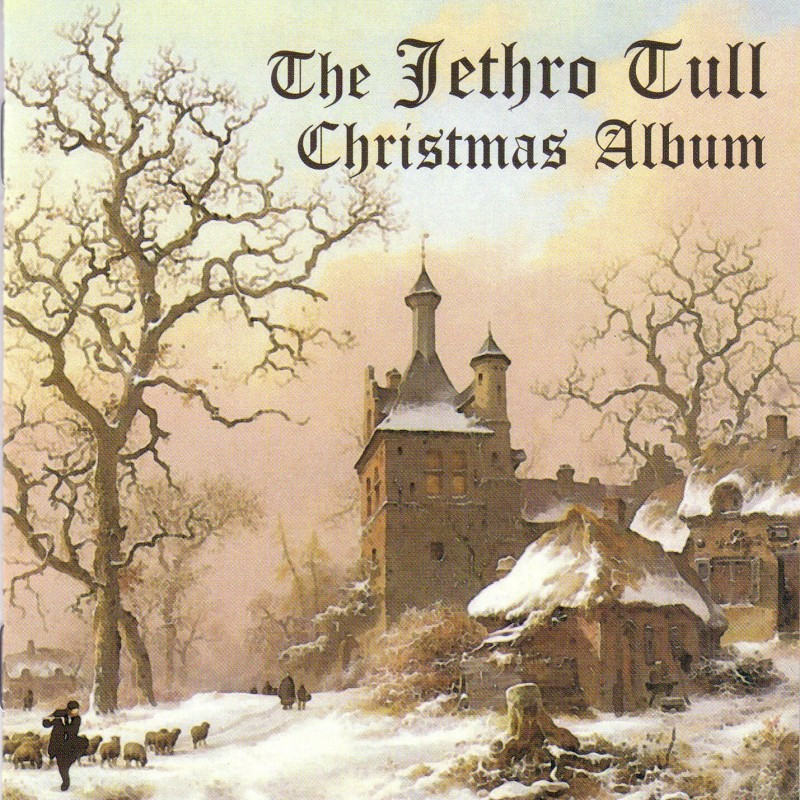 The Jethro Tull Christmas Album (2003) is a collection of Christmas classics mixed with Tull originals. This spirited, fun recording works as a holiday album but also as a great Jethro Tull release. In fact, it would be kind of a shame for an album this good to only be played during the holiday season. Along with many of the other albums being discussed here, a good bit of the charm is just how different this album is from the standard Christmas recording. Then again, would we expect progressive rock artists to follow the musical norms? Absolutely not. Regardless, this album fits the mood of the season, but is also musically expansive enough to be an entertaining listen at any time of the year. 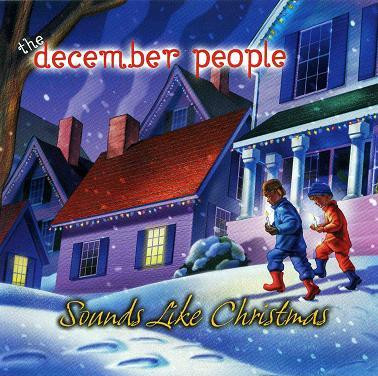 The December People is a project organized by musician, Robert Berry, who was previously a member of 3 with Keith Emerson and Carl Palmer. The 2001 album, Sounds Like Christmas (later re-released as Rattle & Humbug) is a collection of classic holiday tunes that sound more than a bit like classic prog rock songs. The Lamb Lies Down on Broadway becomes What Child Is This, Pink Floyd's Us And Them becomes Silent Night, etc. Featuring guests Steve Walsh and John Wetton amongst others, the album is clever and immaculately performed. The problem is that once the novelty wears off, so does much of the overall effectiveness of the album. Ultimately, it becomes a well intentioned curiosity rather than a fully realized holiday album. The first few listens are certainly fun though. 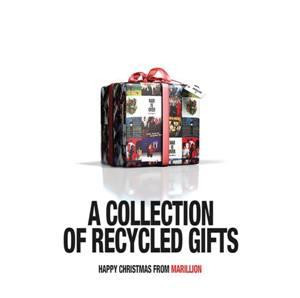 Since 1998, members of the Marillion fan club have looked forward to the band sending out their annual Christmas CD or DVD. These releases included specially recorded versions of holiday classics and due to the short term nature of their release, they became quite rare. In 2014, the band decided to compile all of these Christmas songs into a limited edition CD called A Collection Of Recycled Gifts. Several of the performances are intentionally silly, but the tracks that are perfromed with seriousness, (Gabriel's Message, I Saw Three Ships, Carol Of The Bells, Happy Xmas - War is Over, The Christmas Song, etc) are really quite effective. Ultimately, releasing these recordings on one CD was a great idea and definitely makes for a festive listening experience. The CD is a bit hard to find at this point, but the full album is avaialble via the band's BandCamp page.

Neal Morse has released several holiday related albums. The first, Christmas With The Morse Family (2000) consisted of original songs that served as holiday cards to Neal's family and friends over the years. Much like the Marillion album, it is a mixed bag with the straightforward tracks being the strongest. 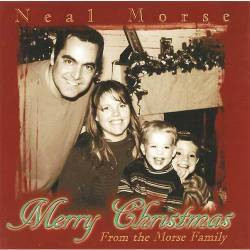 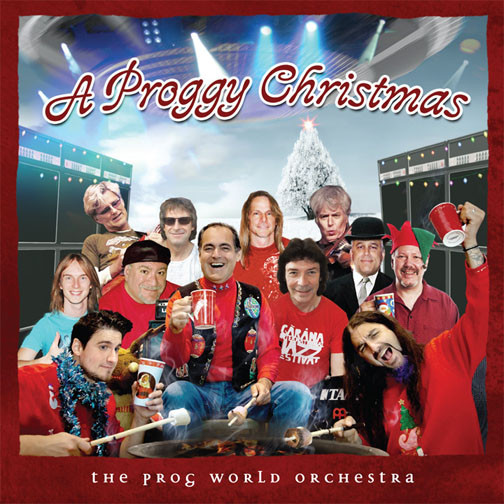 The official Neal Morse holiday statement comes in the form of A Proggy Christmas (2012). Featuring many musical friends (Steve Hackett, Mike Portnoy, Roine Stolt, Randy George, Steve Morse and Pete Twewavas), it is exactly what you would expect from a Neal Morse Christmas album. With it's extravagant and intricately-performed versions of many classics, it is a unique and fun listening expereince. The Little Drummer Boy and the Edgar Winter influenced Frankencence have to be heard to be believed. Though most of the interpretations are anything but traditional, the album still does a great job of creating holiday spirit.

Along with the albums noted above, many prog artists have released Christmas songs via singles and other formats. The most recent are this year's heartfelt and optimistic Merry Christmas by Big Big Train as well as Heather Findlay's impressive version of Gaudete. Other examples of festive prog fare are Kate Bush's classic, December Will Be Magic Again, The Reasoning's joyous, It's Christmas and Mike Oldfield's' In Dulci Jubilo. With Oldfield in mind ,Peace On Earth from his Millennium Bell album is lessor known, but is also wonderful. 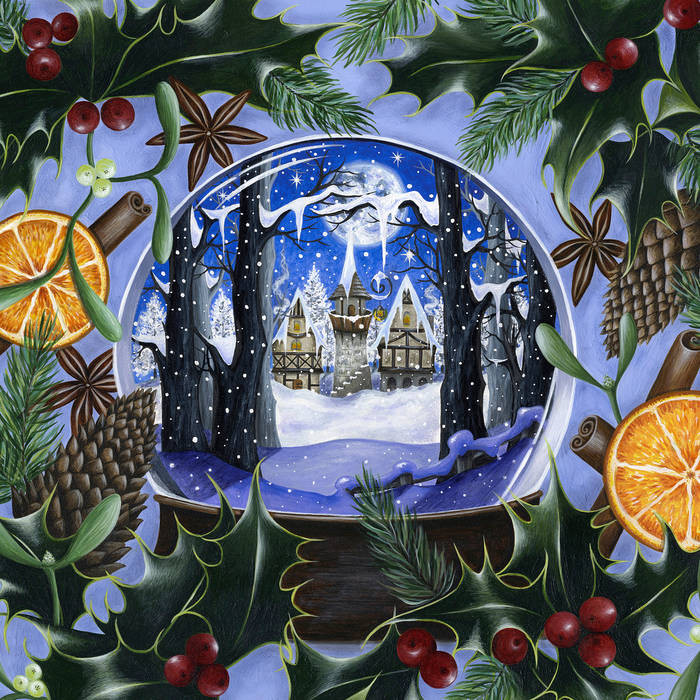 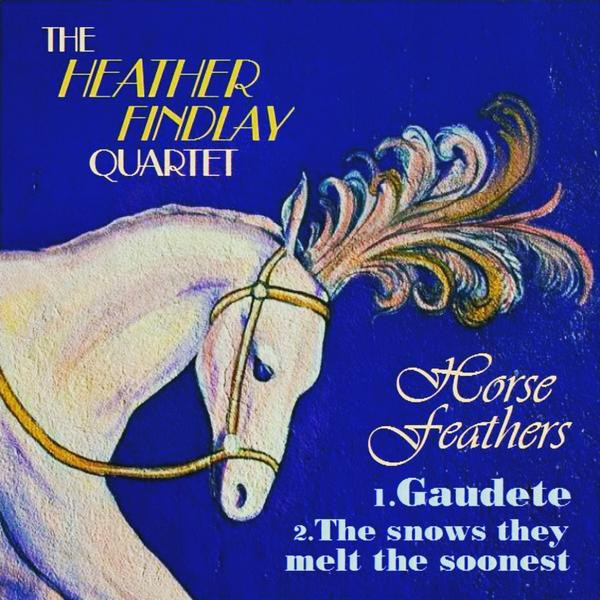 A 2009 release titled, An All Star Salute to Christmas includes very respectable versions of Happy Christmas (War is Over) performed by John Wetton and Linus & Lucy (Charlie Brown Christmas) by Geoff Downes. Tougher to find, but also worthy of attention are versions of O Holy Night by Panic Room and Silent Night by Camel's Andy Latimer. 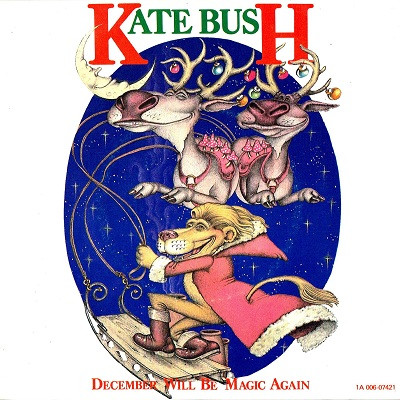 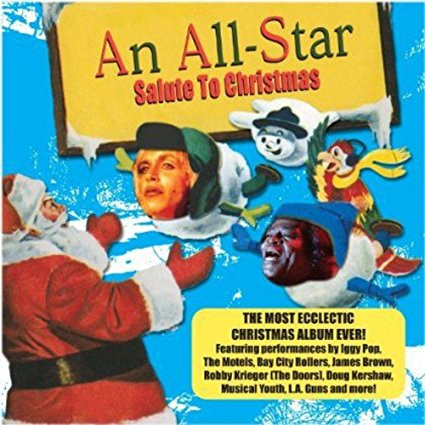 There is other prog related Christmas music out there and it could even be argued that the recordings and concerts by Trans Siberian Orchestra could be included in the discussion as well. Regardless, it is clear that prog artists have made a dent in the holiday music scene. Much like the genre itself, the work noted in this article is diverse and significantly different from the standard Christmas music that permiates the season. Prog musicians rarely follow the standard course and that proves to be the case with seasonal recordings as well.