The German political left wing of the late sixties/early seventies helped in no small manner to give rise to a number of rock bands who used their music to promote their political beliefs. One such example was Frankfurt based band Lily.

Originally named Monsun, the band's origins lie in the mid-sixties with a band called The Mods whose musical background initially consisted of playing beat music that then developed into soul and rhythm 'n' blues. The band who featured Manfred Schmid on guitar and Wilfried Kirchmeier on bass seemed to be heading places when they were offered a show on Hesse radio show called Beat Beat, which ion turn was used to showcasing more prominent musicians such as The Yardbirds and Cat Stevens. However one week prior to the broadcasting of the gig, Mods guitarist Michael Winzkowski (later to join Epsilon and the Michael Wynn Band) left the band who, unable to find a suitable replacement folded. 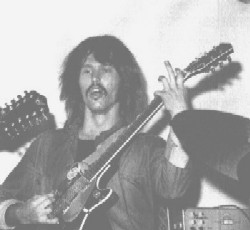 By late 1968, Schmid had conceived he idea of forming a band that would be able to promote his left wing political beliefs. He was joined by Wilfried Kirchmeier as well as Manfred "Max" Schlagmüller (drums, percussion), Hans-Werner Steinberg (tenor sax, soprano sax, flute) and Helmut Burghardt (vocals). The last two had been members of Pinchfield Association, a soul band that had played often in various GI clubs in Germany.

The band was to be called Monsun and originally the lyrics were all written in German. However this wold change when Burchardt left the band in 1969. The band toyed for a short while with playing just instrumental music, though they soon realised that they required a vocalist to help provide cohesion to their increasingly complex compositions. Thus Kirchmeier took over vocals duties too, and also enforced a radical change in direction when the lyrics were sung in English with aid in translation of the lyrics coming from Ulla Meinecke.

By December 1970, the band started playing gigs in the Frankfurt area and soon became an established act on the musical scene playing entire concerts of their own compositions. By the spring of 1972 the band had also recorded a demo tape at a sound mixer school in Detmold, however Steinberg decided to leave Germany for a six month trip to India and his place was taken by guitarist Klaus Lehmann by May of that year. Steinberg returned to Germany in October 1972 to rejoin the band whose lineup was augmented to that of a quintet. 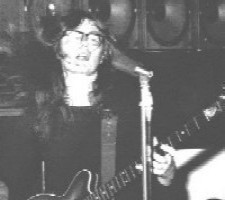 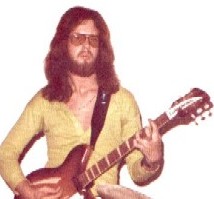 During this period the demo tape that the band had recorded had reached the ears of Peter Hauke (The Rollicks), now a producer with the Bellaphon label and on hearing them play live decided to offer the band a recording contract with the label. Thus in January 1973, Monsun entered Dieter Dierks studios in Köln-Stommeln for a three day recording session. The short duration of the sessions meant that the band had little or no time to re-dub or re-record certain parts of the material they recorded resulting in the raw sound that prevails throughout the album.

The musical scene during early 1973 was at the height of the Glam rock era. Bellaphon had an artist, Tiger B. Smith, whose image was that of a Glam rock act and was currently selling well which also had the label thinking that their new act had to also follow suit. For starters the band had to change their name, and thus Monsun became Lily (a name that was brought up by Manfred Schmid). The band also reverted to wearing ladies clothes and make-up for the cover photos and the album was released as V.C.U. (We See You) (Bellaphon, BLPS 19144) in spring 1973. 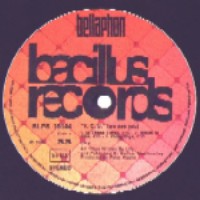 The idea of presenting the band as a Glam-rock act failed miserably. From the onset the band were severely criticised for their new image and even though they went on a promotional trip to London to distribute their album to agencies and clubs, the album flopped selling just over 1000 copies. Trouble was brewing within the Lily camp and by December 1973 Manfred Schmid is dismissed from the band due to musical differences. The decision was not unanimous, which resulted in further factioning within the Lily camp and Schmid took the news badly, destroying Schlagmüller's drum kit as well as his own equipment in the process. Furthermore Schmid started to have mental problems and passed though a phase of writing music with German lyrics that mirrored his mental state. He was dead by the mid-Nineties, found in Frankfurt's inner city wood under mysterious circumstances. 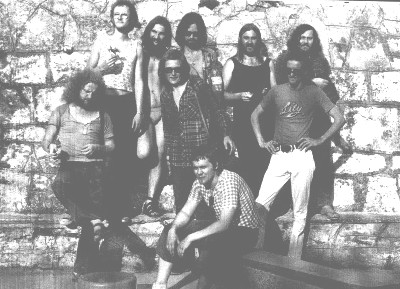 Schmid's position within Lily was taken by a close friend of Lehmann, Björn Scherer-Mohr who played both guitar and keyboards. The band tried to adopt a more commercial approach and by spring 1974, the band moved to Frankfurt Panne Paulsen studio to record a demo tape for their second album. The band started to introduce a comic element into their music, a move which the members enjoyed, yet which left producer Peter Hauke unimpressed, especially after the premise the band had created with their debut album.

By April 1974 Scherer-Mohr left the band who reverted back to a quartet and who by now were experiencing trouble with their label. An example was a 14-day performance the band had in Rowinj which was given to another band, Message, without the band's prior knowledge. Bellaphon dropped the band at the end of their contract in December of that year and though the band tried to revive their popularity by arranging various tours, the end was nigh. Manfred Schlagmüller left the band to play jazz music, his place taken Rüdiger "Rüpf" Pfau, yet the band was to play its last gig in the Old Bailey in Bayreuth on 04/091976.

The one and only album that was released by Lily has now been re-released in CD format by the excellent Garden Of Delights label together with four bonus tracks. Musically the album features a strange blend of progressive rock which may sound extremely harsh to those who are accustomed to the British or Italian bands playing this genre of music. The German progressive rock movement, sometimes referred to as the kraut-rock movement, often did without the melodic and atmospheric nature of keyboards and the mellotron relying on a much harsher and rockier sound created primarily by the guitar. Lily further augmented their sound with the addition of the sound of the saxophone in their lengthy instrumental pieces which helped add that jazz edge to the rock. Furthermore the band possessed two stylistically different guitarists, Manfred-Josef Schmid who had a raw sound to his playing and Klaus Lehmann whose style was much more polished. These two contrasting styles allowed for the band to expand their music to a broad base.

The album kicks off with In Those Times, which immediately indicates the Canterbury blend of music that Lily tend to play, which sounds rather strange coming from a German band! Steinberg's saxophone work coupled with the great guitar work places the band almost on a par with groups such as Soft Machine, and also the more progressive works of Delivery. What makes the track, and indeed most of the album, even more endearing is the fact that the solos do not involve endless aimless doodles, but instead fit in snugly with the musical context which remains rather strict in tempo and structure.

Which Is This is rather similar to the opening track in style, though Pinky Pigs has a much more bluesy feel. Their is also a slightly looser feel to the music giving it a much more psychedelic touch rather than the jazzier nature of the opening tracks. On Doctor Martin the band manage to fuse these elements by creating an echo-driven mystical atmosphere that occasionally breaks down into some great guitar riffs punctuated by the odd saxophone or guitar lick.

I'm Lying On My Belly (Including Tango Atonale) has a much more familiar feel to it with its rather typical late sixties bluesy stomp, though one must also make a reference to Kirchmeier's vocals. In fact, a major factor that allows Lily to be so accessible is the fact that they possessed a vocalist whose pronunciation was devoid of those normally thick German accents, whilst at the same time being able to create a rich powerful delivery. This is further exemplified on Eyes Look From The Mount Of Flash which is distinct from the previous track in its diversity. Whereas I'm Lying On My Belly features more or less a variation on a theme, this track allows the band to broaden their psychedelic/progressive influences with the occasional space rock foray as well as some interesting time signature changes.

Thus ended the original version of V.C.U. (We See You). The remaining four tracks are bonus tracks that have been made available on CD. They must have been recorded at the same time as the album as no mention is made of any changes in line-up for these specific recordings. Possibly they were part of the original demo-tape that the band had made as admittedly the sound does suffer slightly on certain occasions.

Chemical New York is possibly the most straight forward track on the album with a well defined blues rhythm with, unlike on other tracks, a lack of a guitar solo with just Steinberg's saxophone delving into solo territory. Adlerbar further adds to the blues stomp nature of these bonus tracks and is pretty much on the same lines as Chemical New York. Hearing these Bonus Tracks over and over again leads me to think that they must have been recorded prior to the recording of the album. The basicity of the music with little or nor variation throughout is a stark contrast to what the band's eventual album would offer. Having said that, Catch Me and The Wanderer do witness the band showing an amount of improvisation with the latter being the track to write home mostly about. This last track has solos coming from each member of the band, with the most striking being the bass solo from Kirchmeier.

Though not strictly speaking a Canterbury progressive rock band, Lily are an exciting view into the German progressive rock scene from the early seventies. Most people tend to have the notion that the scene in those years consisted only of electronic orientated bands as or else kraut rock Amon Duul clones. Lily dispel this notion with an excellent development of what is essentially a rhythm and blues foundation taken that one step further well within the context of the times the band were living.