Besides simply having to enter artists and titles, we also introduced the option to search through a list of entries we provided plus the answers other people had typed in themselves, hoping to make things easier for you. In the database we could see when people had selected an item and when people had entered the artist and title themselves and apparently, you thought this was a good idea!

Below are the results. For each section there is a list of the top 10 to 15 entries with the score and votes. The scores for a top 10 were calculated by giving all #1 entries 10 points, #2 got 9 points, etc. For a top 5, #1 got 5 points, etc. The number of votes is the number of individuals who votes for that entry, no matter on which spot.

Thank you to all who entered their results, your participation is greatly appreciated and reflects the international nature of prog, and our readership.

While the top five countries are the same, the order is significantly different, with entries from the US putting the country in top spot.

The strong result will go some way to making the US feel better, having failed to qualify for both Euro 2016 and the Eurovision Song Contest.

The Netherlands lost its crown, the UK slipped into the bronze medal position, and Canada and Germany switched places.

This is, of course, subject to no nation being suspended by WADA.

While the age of the participants was not recorded, we believe 100% of respondents were between the ages of 5 and 100! 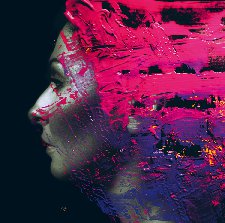 In total 326 different albums got at least one vote, showing just how many prog albums were released in 2015. However, considering there are now around 185 sub-genres of prog, perhaps it's not so surprising.

Almost half of the participants in the poll had Steven Wilson's hand.cannot.erase in their top five, making it this year's resounding winner. Although it couldn't erase the level of IQ's victory in 2014, which featured in 60% of the entries.

Wilson, and his band Porcupine Tree, have taken the top spot every other year since 2005:

While second, Riverside's Love, Fear And The Time Machine was comfortably ahead of third, with votes from one in three respondents.

Sitting at number three in the charts is Spock's Beard, who managed to hit number two with their previous album in 2013.

Ex-beard, or is it ex-Spock, Neal Morse reached number 5, his best result as a solo artist since 2005.

The rest of the top 10 is occupied by some predictable names: Anekdoten, Mystery, Arena and Steve Hackett.

Perhaps the only dark horses in the top 10 are Hasse Fröberg and 3RDegree.

Nad Sylvan (ex-Unifaun and current Steve Hackett vocalist) and Lonely Robot (the new project of workaholic and Frost*, Arena and It Bites member John Mitchell) both achieved the top 15 with their debut albums.

Also remarkable is that two projects of the German musicians Markus Roth und Achim Wierschem are in the top 25: Horizontal Ascension and Marquette. We love the unexpected in lists like this, giving attention to unknown bands was one of the reasons for starting with DPRP!

David Gilmour was at number 20, which could be considered a good result or a bad one, depending on your perspective.

In total 38 DVDs received votes, 34 of which got more than 1 vote. Many respondents didn't put an entry in, so it looks like the blank DVD wins. The large difference in numbers between albums and DVDs does raise the question whether people still find DVDs interesting and are still buying them. Is it a dying format?

Musically, the big winner was Rush, repeating their 2005 and 2011 wins, with votes from 30% of all participants. 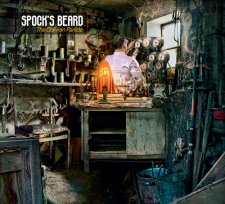 In spite of his prog-like paintings, it was another bad year for Dali.

In this section, it is mostly the same albums as in the top 25 'best album' section, with Steven Wilson again taking top spot. Some people would probably say that this album's artwork is OK but not a winner, which would hint towards people voting for their favourite albums in this category as well instead of looking at the artwork itself.

Spock's Beard and Riverside swap positions here, David Gilmour makes the top 10 and Anathema hit number 12, doing better than they did in the musical section. 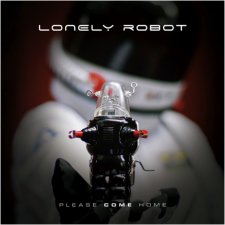 The clear winner here was John Mitchell's new project, Lonely Robot. This obscure new artist obviously has a future in the genre.

Nad Sylvan, who is one rank higher than Lonely Robot in the best album list, only got five votes here. Maybe people assumed he wasn't a newcomer. Earthside got 13 votes as best newcomer, but only four votes for best album.

This section has a clear winner, for an album we missed reviewing, and it's The Dear Hunter - Act IV: Rebirth in Reprise. Just think, had we reviewed it, it wouldn't have won. You're welcome.

There was an average rating of more than 8, so most of readers seem to be confident with the content and presentation of the DPRP website.