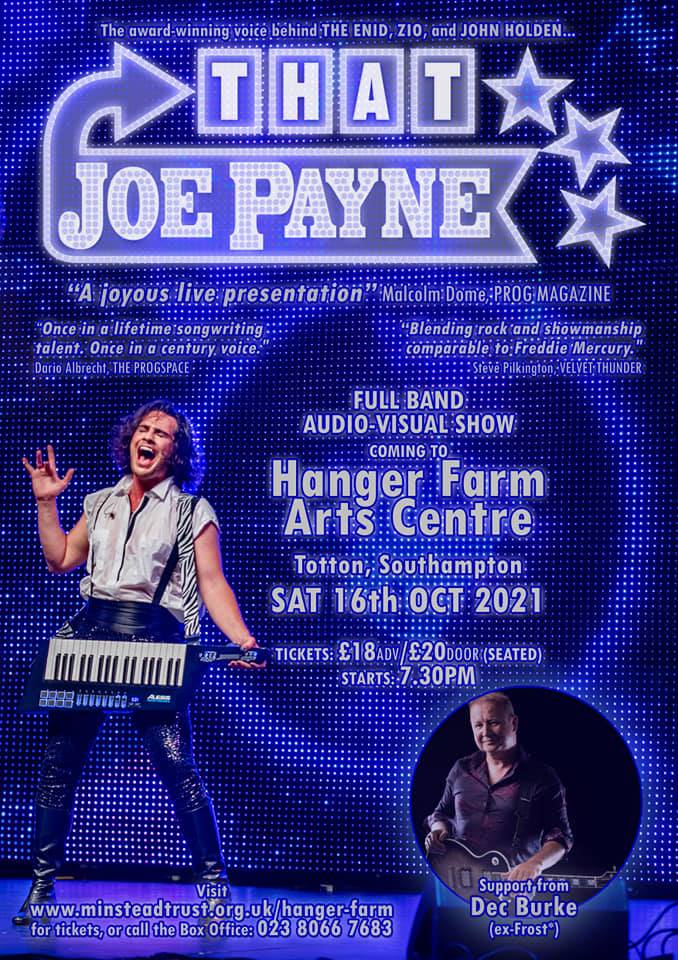 The year zero BC (Before Corona) was supposed to be That Joe Payne's year. Next to a lead role on Zio's Flower Torania and appearing on John Holden's Rise And Fall, it should have also seen him launch his solo career with a boost of solo performances, to be followed by his debut album By Name. By Nature..

With many rehearsals and investments made and a planned tour in prelude to the official release of his debut, which ultimately arrived in August 2020, he had to bid these plans farewell after only one touring date fulfilled. Seizing the moment in a momentary lockdown lift the show was performed and captured for one night only in Birmingham on the 23rd of October. It's recording resulted in the DVD/Blu-ray release of By Name By Nature Tour.

Since then, gigging events have been fairly impossible, but in 2021 a window of opportunity opened and two more shows could be announced, taking place on the 9th of October in Bury and the 16th in Hangar Farm Arms Centre, Southampton. Next to limited seating concert goers, That Joe Payne Patreons could watch these events via a live stream in the comfort of their homes. Hereby an upfront thanks to Joe for allowing me to be a witness of the second show.

Starting punctually on time the stream catches supporting act Dec Burke red-handed as he whips out the final solos to Life In Two Dimensions, title song to his most recent album. Shortly taking his bows the stage is then changed into that of That Joe Payne in record-breaking time while the intro has already started playing and an activated backdrop screen counts upwards towards the 100% audiovisual extravaganza promises of Payne. With the screen adding beautiful visuals the just walked out Joe instantly reaches for the skies with some extremely high-pitched vocals and as he steps centre stage in dress suit the music glides smoothly into The Thing About Me. 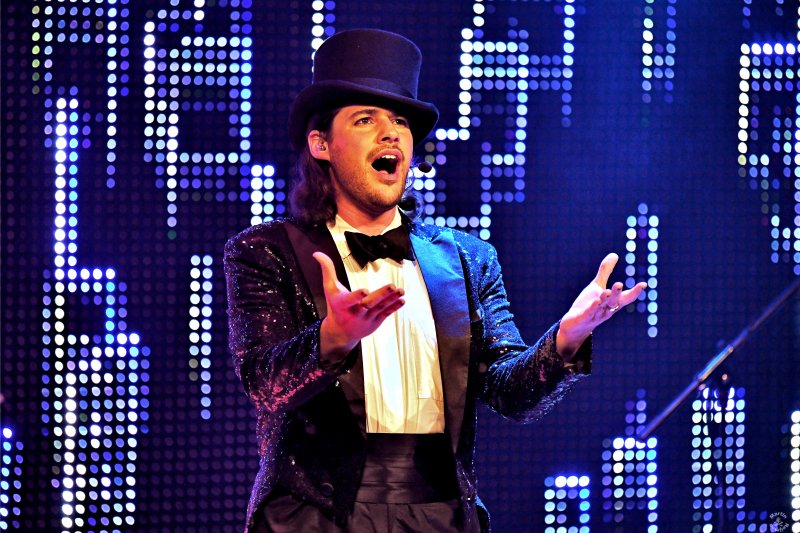 Joe's midrange vocals are slightly less audible in the mix at first but this quickly improves during By Name. By Nature.. Going all out with lush choreography and a variety of "strictly come dancing" routines it is obvious Joe and the band are ready to take on the world (well, Southampton at least). By the time the second chorus is reached the sound is near perfect. Within these few minutes, shedding off any possible doubt to his new-found stride (as well as loosing a few clothing items), Joe has already given new meaning to the word flamboyancy, which in conjunction with the visual aspect magnificently transforms the show into a marvelling spectacle.

Living the dream he strikes a pose, sings his heart out and smoothly dances centre stage or alongside the digital dancers near the back screen in sublime precision, while the band lays down a phenomenal tight performance. Nice Boy follows with Joe upping his game in synchronous video-wall choreography dancing and vocal delivery. By now this feature is the centre point of attraction and fulfils every expectation of the promised audiovisual show. Frankly, the only prop missing in Joe's energetic compelling performance is an imaginary Mercury vacuum cleaner. This visual revelation and overall splendid performance makes one almost forget about the exciting band performances that in static motion excel in recreating the music and all of its original intricate arrangements through masterful executions, with brilliant layered vocal harmonies to boot.

Changing the concerts high entertainment level a smiling-all-ears Joe then sits himself down behind the piano and starts the wonderful sensitive and exceptionally high-pitched In My Head, guided by sparkling, lyrical backdrops on the screen. This wonderful touching moment is followed by a long on-screen intro that introduces John Holden's Capture Light, one of the evening's highlights and magnificently sung by Joe. By now he rules the stage as he plays the electronic clarinet/flute and Moray MacDonald (keys, trumpet) adds outstanding delicate piano work. Beguiling and gradually intensifying, the wondrous melodies are embraced by equally impressive performances of Joe's other band members, that include Dan Battison (bass), Oliver Day (guitars)¸ and drummer Josh Green. 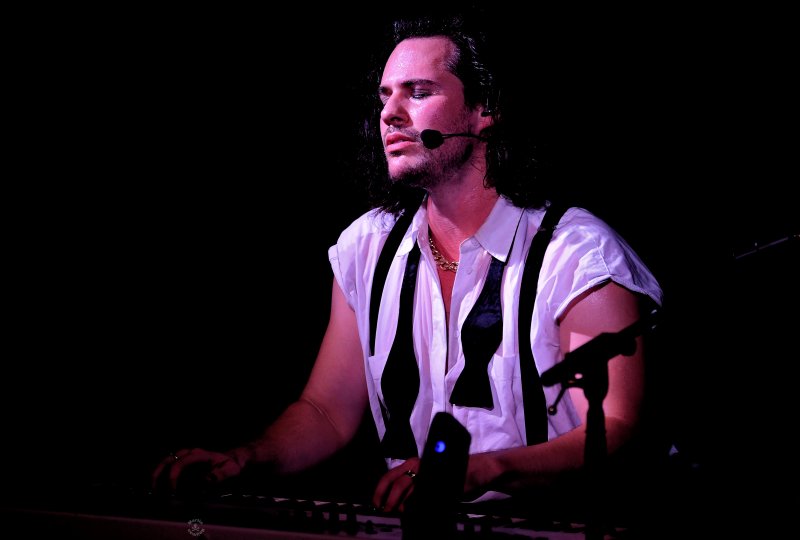 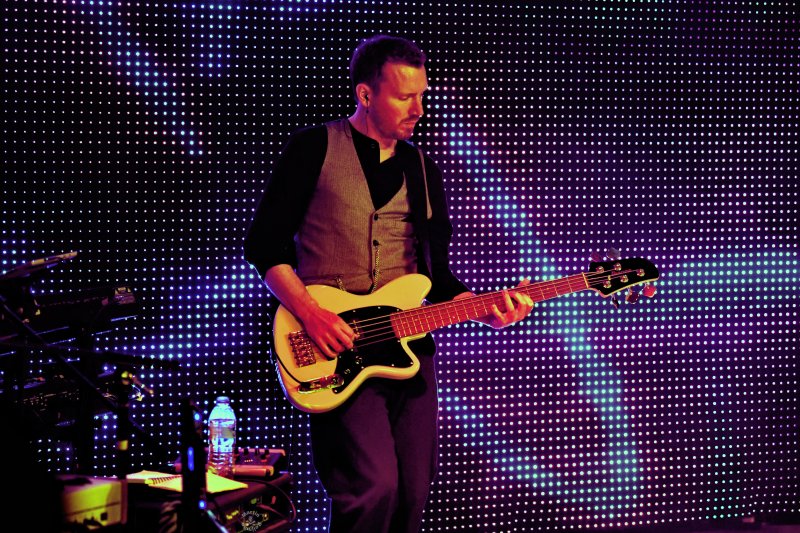 Final song before a 20-minute intermission is What Is The World Becoming To, a powerful and uplifting song graced with moving melodies while its lyrics address the upset in climate change, emphasized by the confronting meaningful natural disaster images projected on the screen. It adds a certain sadness to the otherwise heavenly melodies which is a beautiful contrast, and to top it off Joe's shining performance creates rainbows of hope and gives Mariah Carey a fierce run for her money as he majestically outs seriously high octaves in the song's coda. It proves to be a perfect set closer.

After the short break, showing one of the ideal live stream advantages as in not having to wait in line for a cold beverage, the breathtaking End Of The Tunnel instantly recreates the intimate and warm engaging settings as accomplished in the final two epic songs of the first set. Once this wonderfully touching and sensitive composition is over, a disarming and enthusiast Joe fully addresses his attention to the audience for the first time, mentioning he wanted to speak before but the tightly regulated set-up of the first half really didn't allow it. Fully liberated, he sure makes up for it during the second half.

Explaining the absence of keyboard player Graham Brown (taken ill by Covid) Joe than revisits two songs from previous collaborations, starting out with The Enid's Who Created Me which adds theatrical flair and a fine trumpet section by MacDonald. It is followed by Methexis' The Origin Of Blame which unleashes Joe's inner Freddie Mercury and takes the audience's breath away, as it glides magnificently into Moonlit Love, a marvellous intricate orchestral composition oozing Queen through all its heavenly harmony vocals.

Defying musical boundaries, Music For A While then touches upon classical, medieval, gospel pop and sees Joe centre stage again. A position he also secures for himself in the progressive blues delight Love (Not The Same), a song that exceeds every expectation and shows his versatile voice is truly suitable for every type of music. Trading vocals with an on-screen projected Amy Birks, the band adds another testimony to their incredible tightness. Sadly here the occasional streaming drop-outs, one of the downsides to internet streams, take away some of the song's magical brilliance. 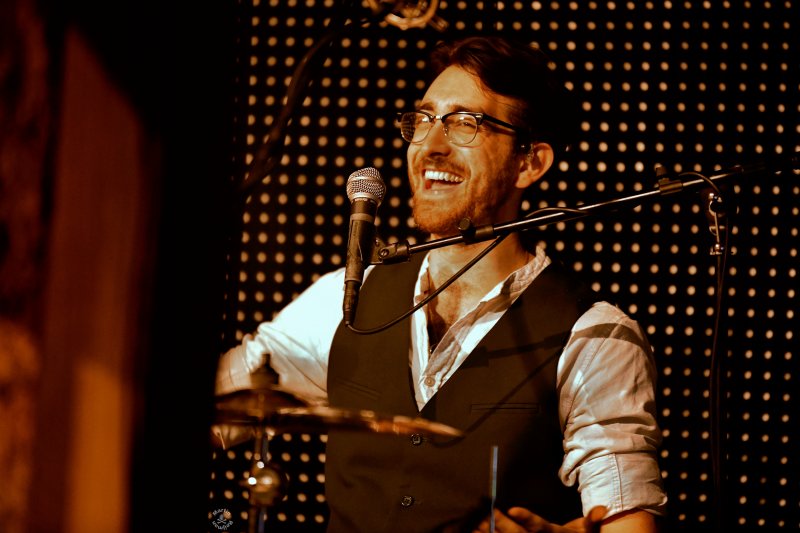 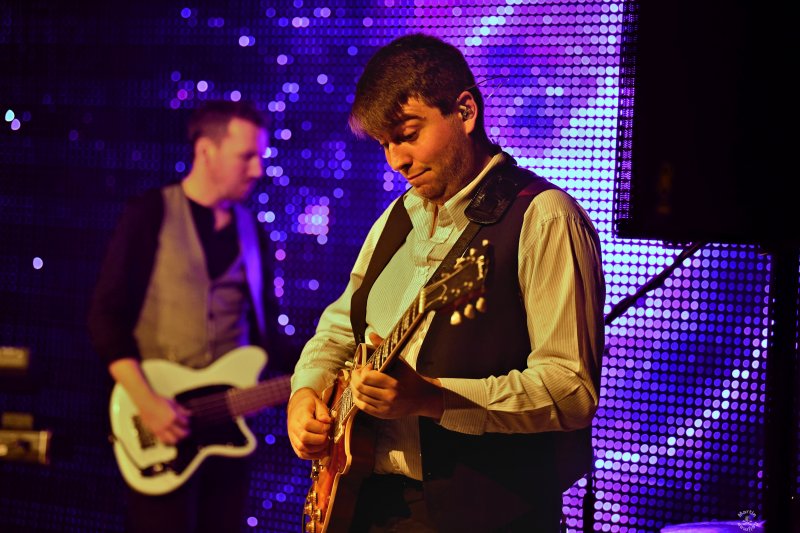 The nice boy he is, Joe then takes time to introduce the band, including the absent Graham Brown and the soon-to-be-leaving Josh Green (due to daddy issues). The regular set ends on a high with the epic melodies of I Need A Change, a majestic song that gains additional depth and scope from the excellent back-drop effects.

He's welcomed back on stage wholeheartedly, evidenced by the crowds audible cheers (the singular camera stream perspective doesn't show much audience) and continues with a brilliant surprise in form of an acoustic rendition of Zio's X-Ray, a personal favourite of mine. Structurally as sound and perfect as the original, where tantalising rock and metal have made way for symphonic elegance, it manages to still soar through a field of heart-warming melodies and enchanting choruses simply based on the purity of Joe's vocals. If I could have my way, it would be a fixed item in his set. In one word amazing!

With a short Happy Birthday surprise for Naomi, upon request from one of Joe's supporting Patreons, the encore ends with the premiere of a "draft cut": Live The Dream. To be featured in the upcoming movie Fortune Cookies and launching as a new single on the 8th of April, I'm sworn to secrecy and will suffice to say that Freddie, Liza and Joe can stand proud. Under vast applause the band finally makes their way to the curtains, ending a formidable entertaining two-hour show.

As much as I would have liked it to, a live stream cannot compete with the actual atmosphere of a live concert. In these difficult times, however, it is a temporary solution until we can finally enjoy an unrestricted live event again. The connection drop-outs were somewhat disturbing at times, for, as luck would have it, these happened at exactly the wrong moments. But these technical glitches I gladly take for granted in light of Joe's totally rewarding performance. 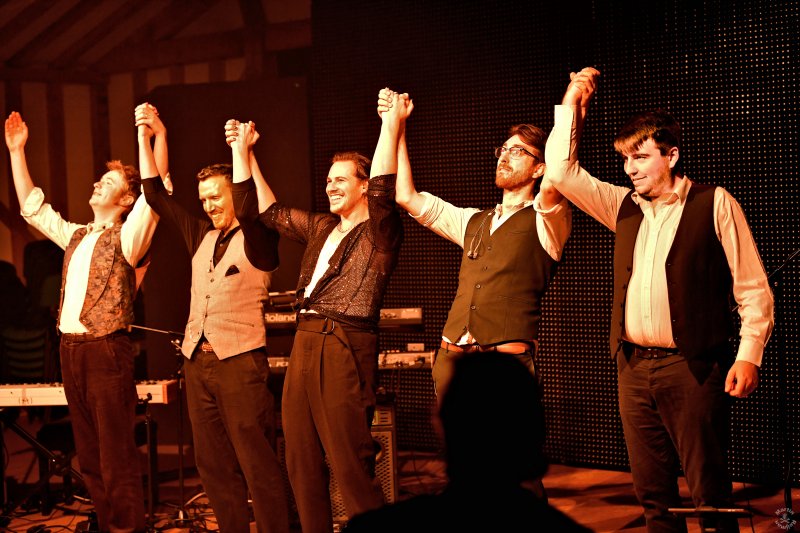 A good time was had by all thanks to every member being fully on top of their game. Joe was funny, bursting with enthusiasm and disarming charm. My advice is to simply go out and see a Joe Payne performance in the flesh, which, if all goes according to plan, should be on the 26th of March at the ProgDreams festival in Zoetermeer. Anyone in need of convincing then please check out the enclosed video of Capture Light from the official Blu-ray. I'll see you there (hopefully).

Intro The Thing About Me Is By Name. By Nature. Nice Boy In My Head Capture Light (John Holden) What Is The World Coming To