Spain is also opening up. DPRP's Ignacio Bernaola reports, in words and pictures, on a post-rock band that deserve a lot more recognition!

"Tuesday morning, March the 10th. The virus is quickly spreading and apparently Spain is its next target. Live shows are starting to be cancelled but Anathema´s show in Bilbao is still on." This is how I started my last concert review more than 2 years ago.

It's May 27th, 2022 now, and things are far from normal, but things are definitely better. It's not Anathema who is coming to my hometown but one of the most interesting post-metal / doom / whatever bands in Spain: El Altar Del Holocausto. I couldn't miss this opportunity so I walked 30 minutes from my house to the great venue called Totem. 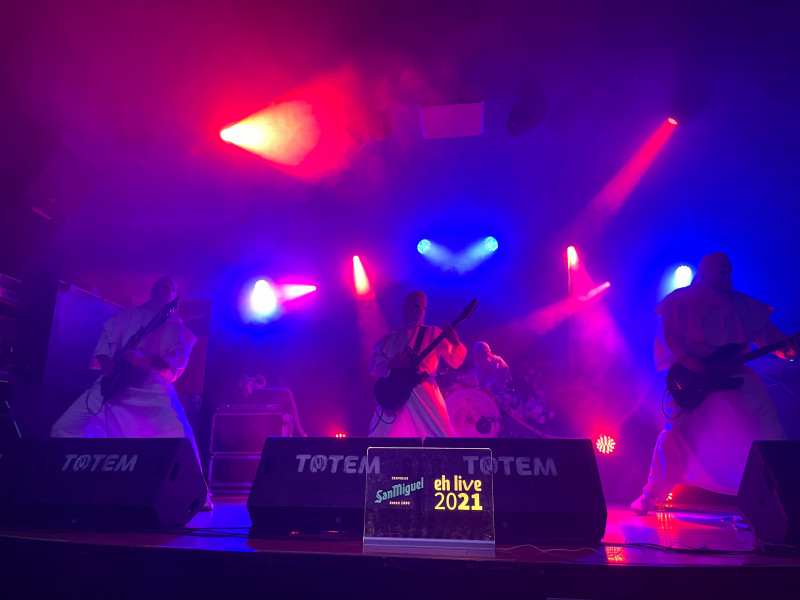 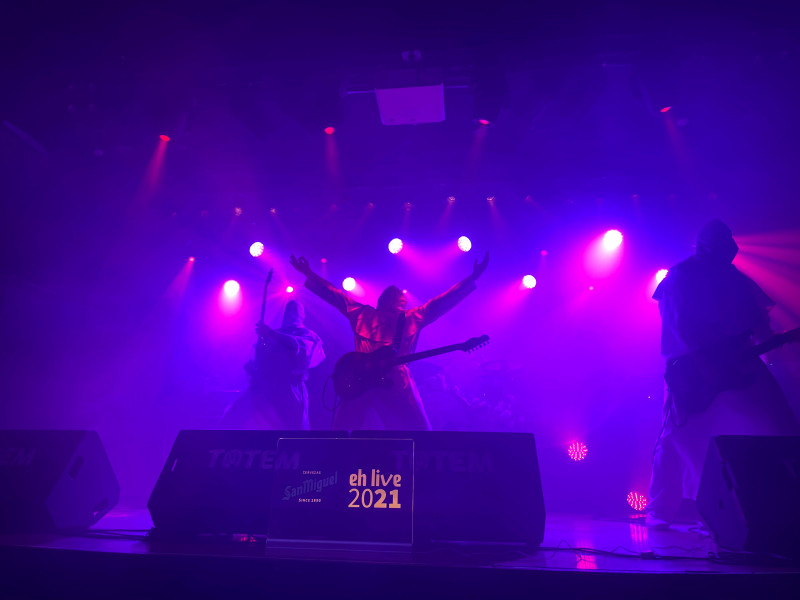 El Altar Del Holocausto is an instrumental band that blends post-rock sounds with some truly metal sections and soft and spiritual intersections. We recommended their superb album from 2019 called IT. Last year they released another fantastic one called Trinidad.

El Altar Del Holocausto is a mysterious band. All the members remain unknown, and they play live shows as if they were celebrating mass with the particularity that they don't say a word: the music and the ambience they get is more than enough. And that's precisely what we could experience last Friday. The whole atmosphere is improved with an exceptional and powerful sound that you can feel throughout your body.

Forget any prejudice you may have due to the song titles or the way the band members cover their faces: no religious critics here, no religious fanatics either, just a very well presented theme and mainly great music. 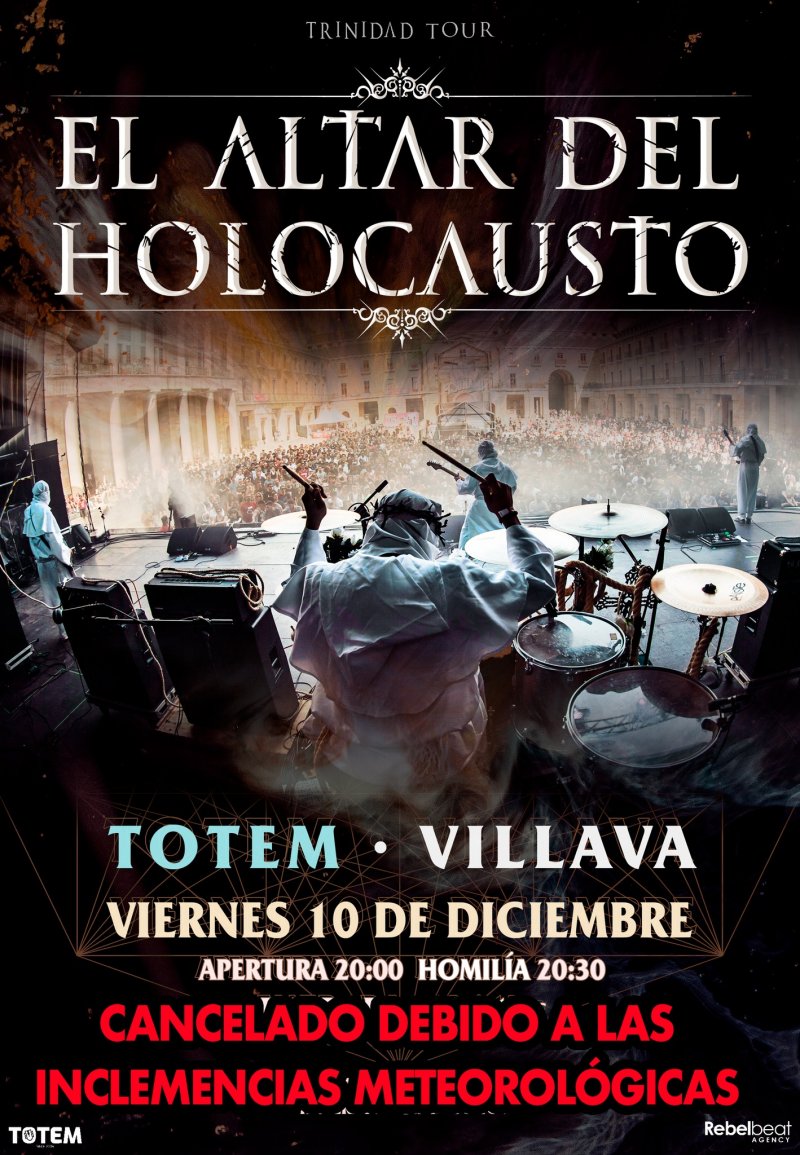 Poster for the original date

The show was perfect from start to finish, and you only needed to see people faces to check it. Even when the band plays their mystical softer parts everybody was quiet and focus on those four guys and their instruments. Before the show, some religious, ambience music was played while people were entering the venue. This brought everyone in the right mood when the concert actually started. I was so impressed with the sound they had, that I even went to congratulate their sound engineer after the mass ended.

I'm not going to talk about each song because I don't go to concerts as a writer. I don't go as a photographer either as you can guess after the pictures I took. I can only say it was one of the best concert one can attend right now in Spain. In case you're around, do yourself a favour and try and prove me wrong. And if you are abroad, be ready, because I'm sure El Altar Del Holocausto will be touring Europe sooner rather than later. They clearly deserve bigger audiences. It's easy to imagine Amenra having them opening their shows. 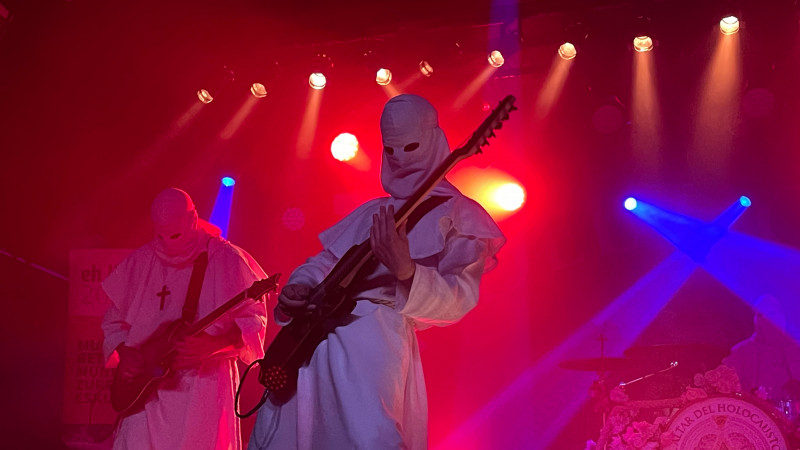 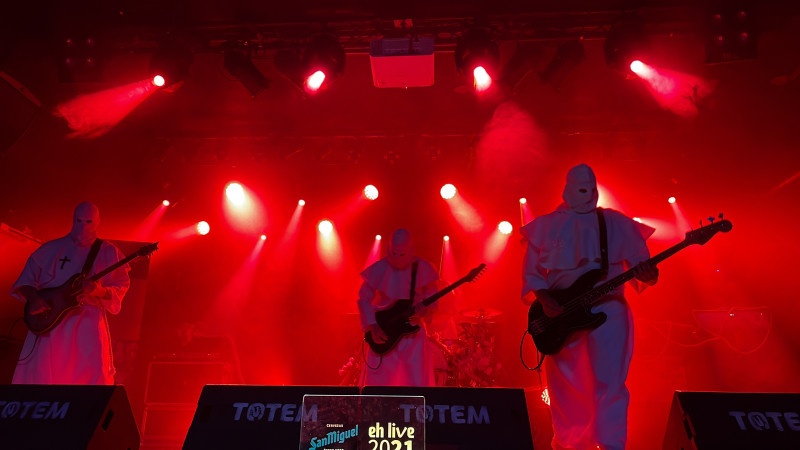 Amenra Ballena Resurrectionem Caridad Crvcis Esperanza Doom El Que Es Bueno, Es Libre Aún Cuando Sea Esclavo; El Que Es Malo, Es Esclavo Aunque Sea Rey Again I say to you, it is easier for a camel to go through the eye of a needle, than for a rich man to enter the kingdom of God Lucas I, 26-38

Text and photos by Ignacio Bernaola.