Let's continue with Menno von Brucken Fock's reports on the 2022 edition of Cruise To The Edge in words and pictures. Check out the Pre-Party, Day 1, and Day 2, if you have not done so yet!

Day 3: May 4, 2022. The Mariner Of The Seas sailed through the night and docked in Labadee (Haiti), where it was going to rest in the harbour until 5 PM. Passengers were allowed to go ashore. We decided not to, and stayed on board to enjoy more music. We went to the Star Lounge where we saw a familiar face. Shame on me that I didn't recognize the name on the poster earlier, because I immediately recognized the main man from IO Earth by his face: Dave Cureton.

He was playing mostly up-tempo instrumental progressive rock. He was playing a nice set together with IO Earth bandmates Adam Gough (keyboards, guitar) and Tim Wilson (drums). On bass was William Kopecky. Between the songs, Dave reported there's a new IO Earth album coming up and that current singer Linda Odinsen is recording her vocals around this time. For all we know, all songs played were from Dave's debut solo-album State Of Mind. 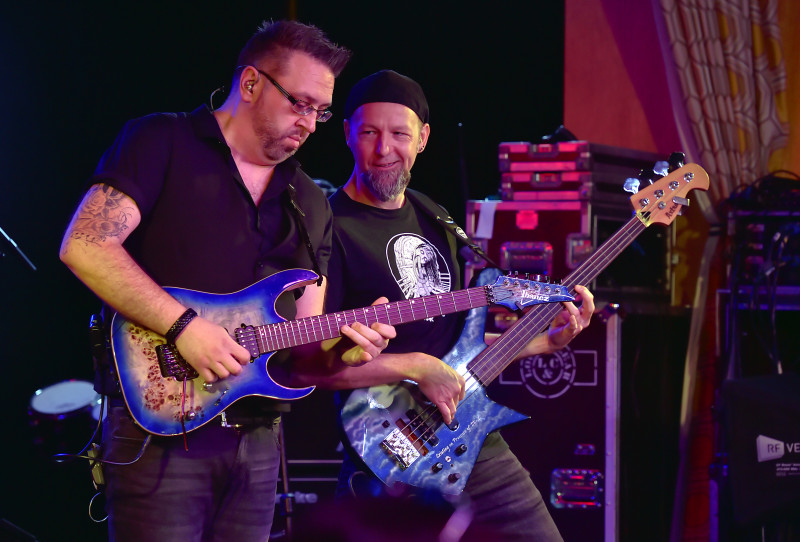 After this really satisfying show by Cureton we went up to deck 11 (Pool Stage) to find out what kind of music Jane Getter was playing. From what we heard one can argue if her music should or could be categorized as prog or rather a combination of hard rock, blues and fusion. That is not our style, and since we wanted to have a front row seat in Studio B we went down again to deck 3 where another pop-legend was to perform at around half past three pm: Al Stewart!

The man is now 76 years old, and primarily a folk-singer. A big name, surely, but again, progressive rock? Anyway, we ended up nicely on the front row, and we saw a gentleman on stage in a suit.

Al was obviously in a very good mood and began to tell about his sudden stardom in 1977 when the single Year Of The Cat turned out to be a big hit, and how subsequently the album by the same name turned out to be extremely successful too. In a very funny story he explained how the record companies tried to get him to sign a record deal, the representative stating "he always liked his music", while Stewart at the time already had 6 albums under his belt. When he asked him to name a song, the answer was "oh, I've always liked your genre". 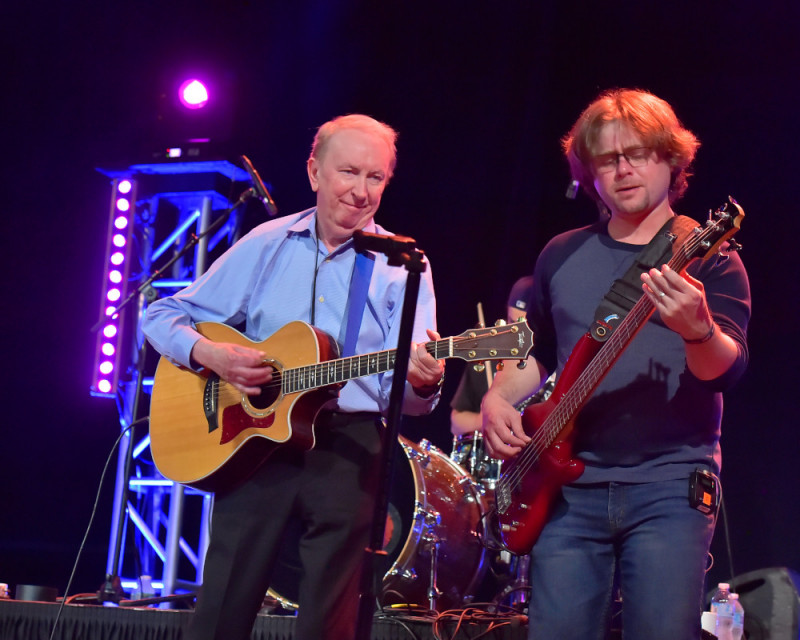 Between the beautifully arranged tracks, Stewart explained the lyrics to some of his songs, and what the inspiration was to write them, wars and history being among the sources. About the war in Ukraine he drew a parallel between Putin and Rasputin, but unfortunately most Americans didn't know who he was referring to.

On stage with him, among others, was saxophone player Marc Macisso, rendering an awesome solo on Year Of The Cat. Al played his most popular tracks with a full band (bass, guitar, drums, and keyboards) and these all sounded truly magnificent: Time Passages, On The Border and Roads To Moscow (thus the Putin story).

Not prog at all, but what a joy to see and hear those beautiful songs live. They prove Al Stewart still loves what he does and his voice is still remarkably solid. 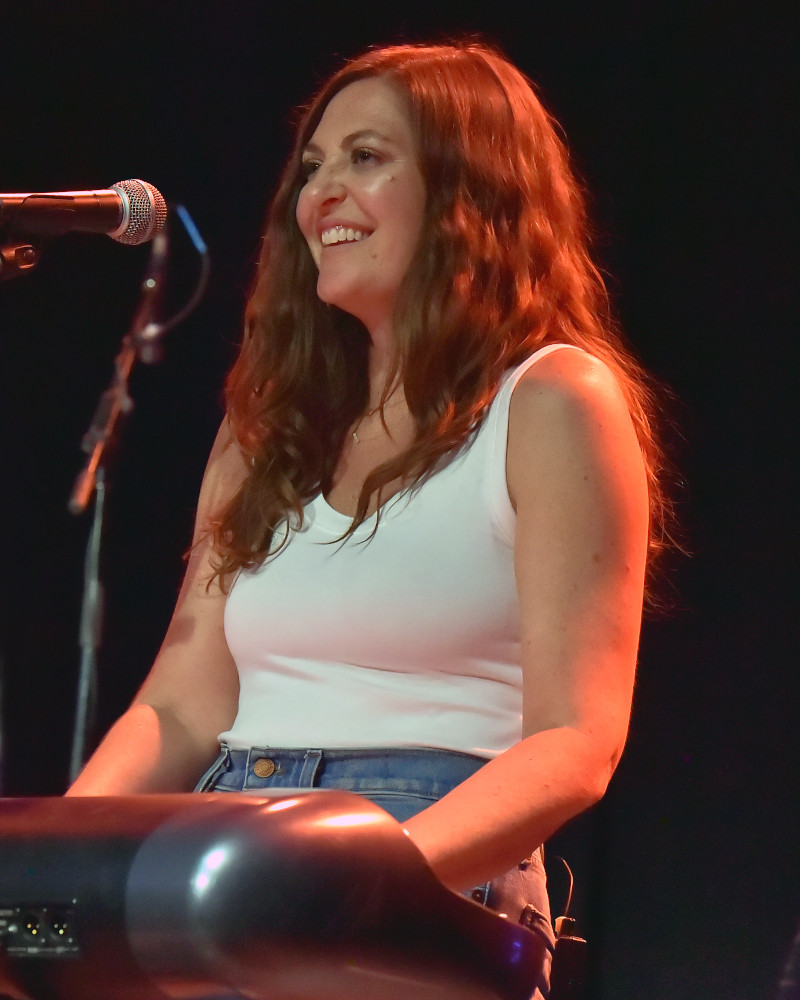 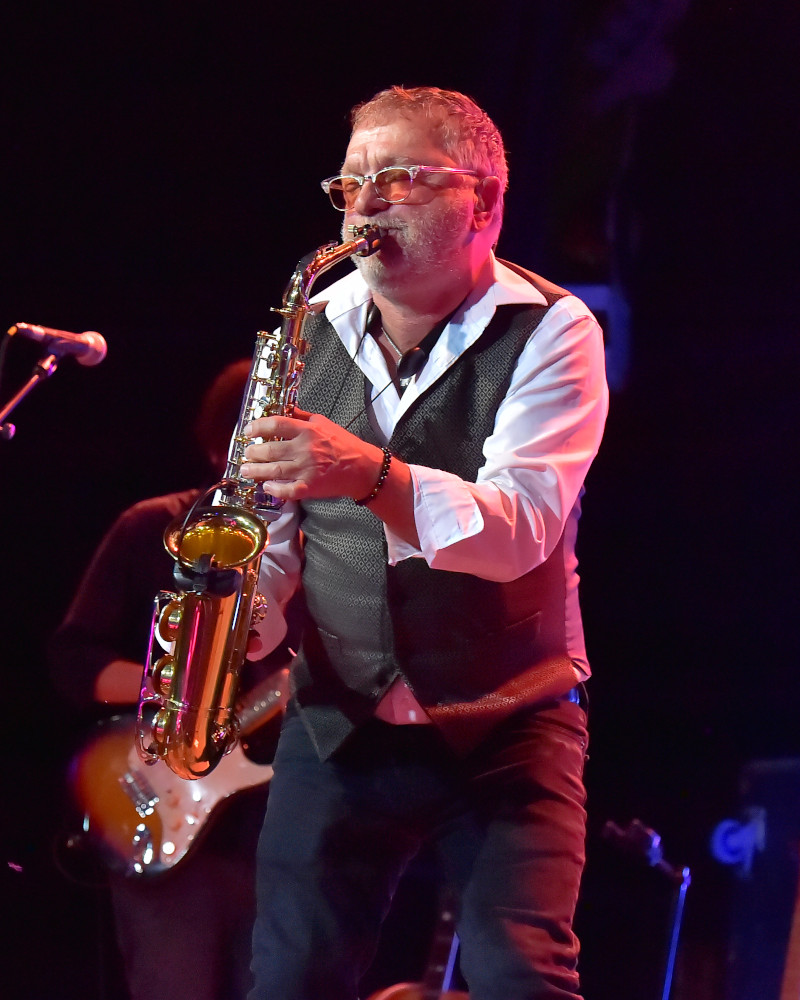 He explained how he learned his first chords on the guitar by no one less than Robert Fripp! A hilarious moment came when Al asked the audience to show their appreciation whenever one his bandmates played a beautiful solo. He was sort of tuning his guitar, playing a chord and immediately got a huge round of applause. Al burst out in laughter, stating he'd really never before got such an applause playing a D-chord.

My wife and I were really content with this performance full of nostalgic highlights. Absolutely superb!

Basking in the afterglow of this Stewart show we, went up to deck 11 again to watch part of the show by Lifesigns. A lot of people obviously were enjoying the songs by John Young and his fellow musicians. The music didn't gave us goosebumps so we went down to deck 3 again to see Moon Safari in Studio B. 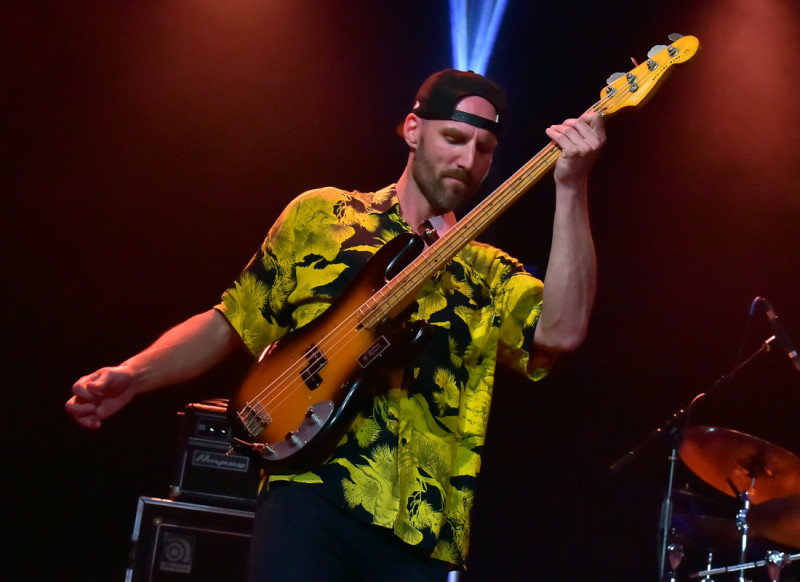 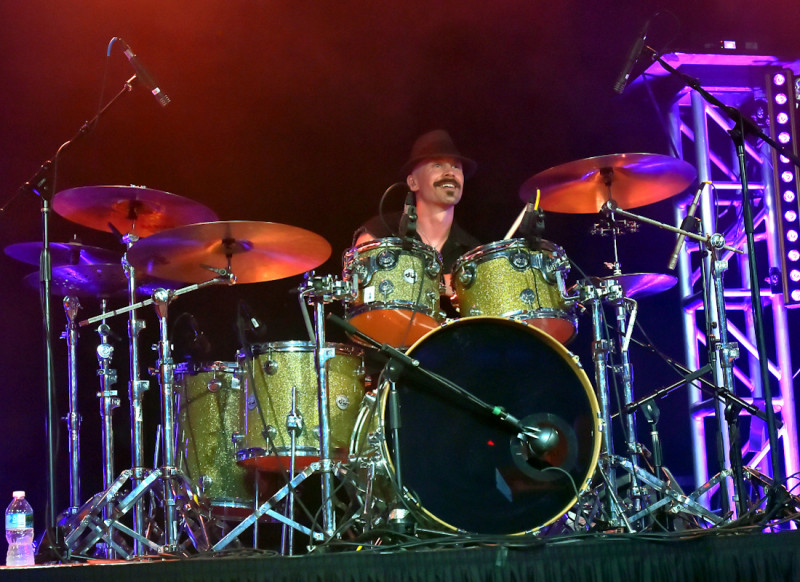 The band are back from a long hiatus. Unfortunately they had to perform without their lead singer Petter Sandström, who stayed in Sweden because he was to be a father for the second time. In spite of the absence of Petter, lead keyboard player Simon Åkesson (good to see him in good shape again!) did a fantastic job as lead vocalist. 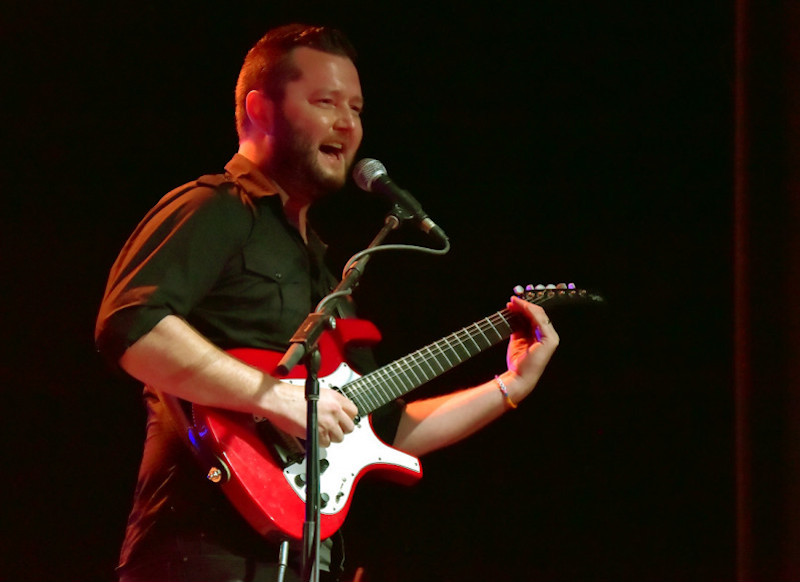 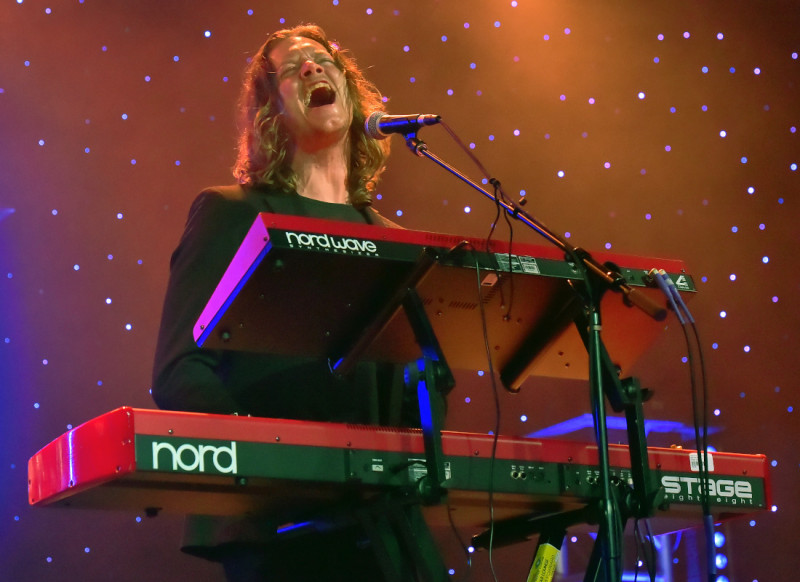 Pure joy to be witnesses of a great band returning to form, playing with enthusiasm, announcing a new album, and playing some new material as well. Awesome close harmony singing, and as an encore, all five members performed a gorgeous piece of a cappella singing, without microphones. So good to have them back!

In the meantime, the Mariner Of The Seas had left the harbour in Labadee and was sailing back to Orlando again, this time in smooth waters. We enjoyed a truly great dinner and prepared ourselves for the main event of the evening, playing in the Royal Theater: The Alan Parsons Live Project, scheduled at 9:30 PM. The timetable was too tight to see veterans Wishbone Ash as well, so we settled for a fine dinner and being in time for Alan Parsons. 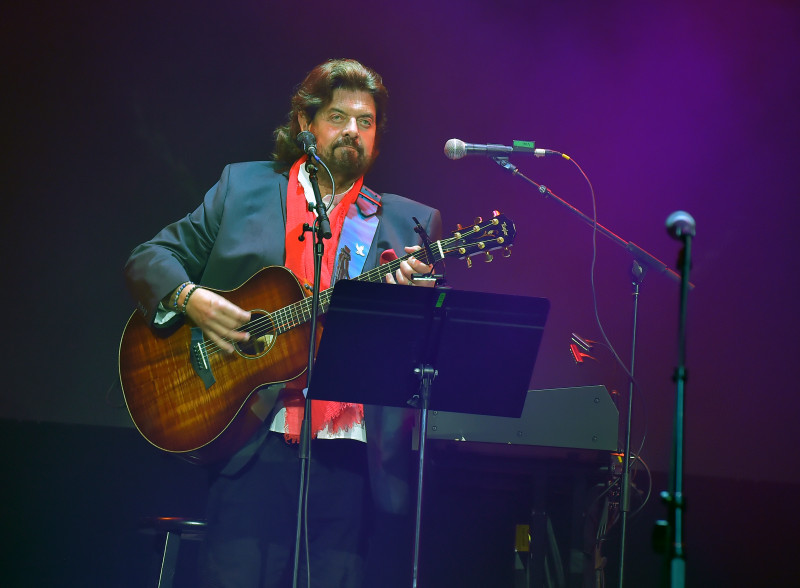 Of course the sound quality was superb, that is Parson's trademark. Before the show there was an introduction of the man Alan Parsons. What a wonderful person he is. The music of the APP was performed brilliantly by Parsons' band, many of the members of the band playing in the Alan Parsons Live Project for a long time already.

Parsons himself, rather heavy, to our surprise sang a couple of tunes previously recorded with vocals by Eric Woolfson. To be honest, he did a great job doing that! Great performances on all these classic tunes! 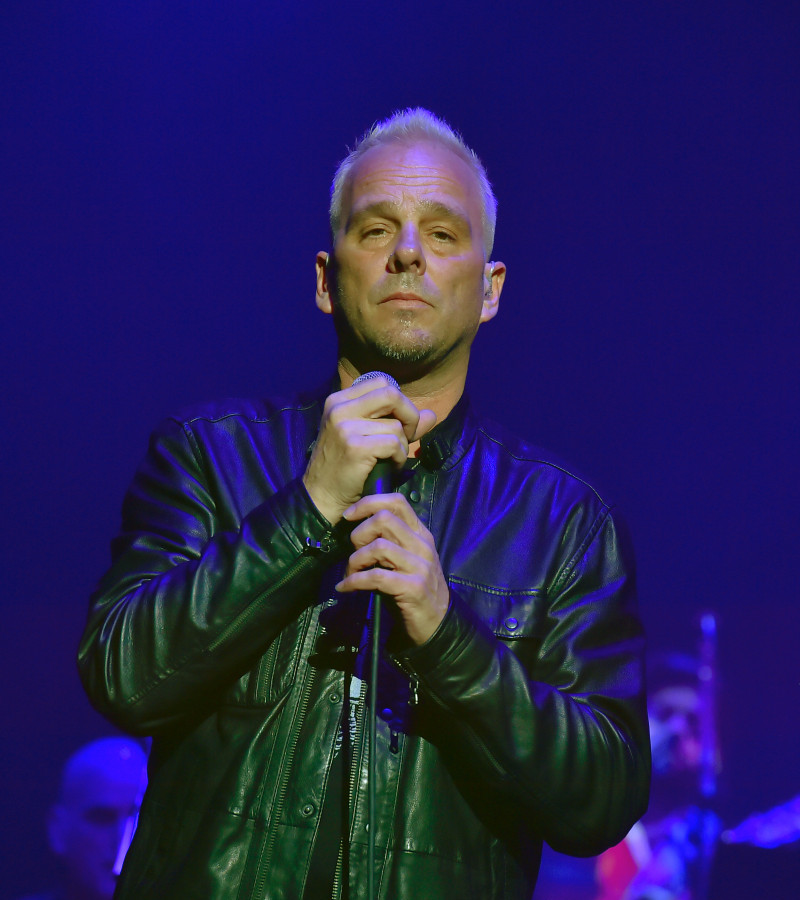 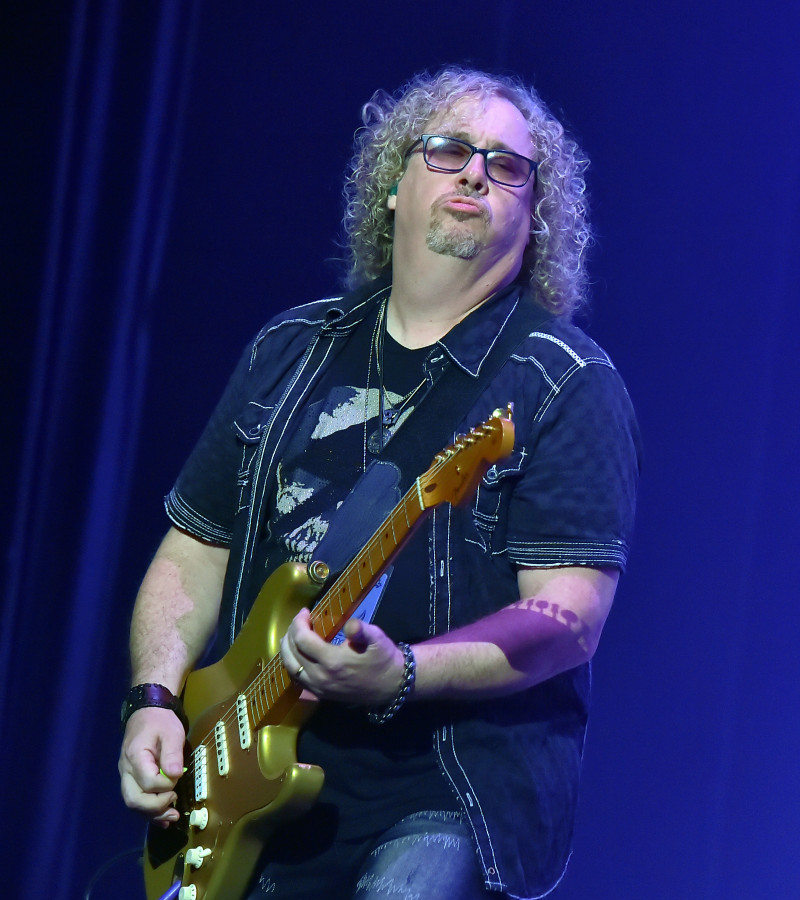 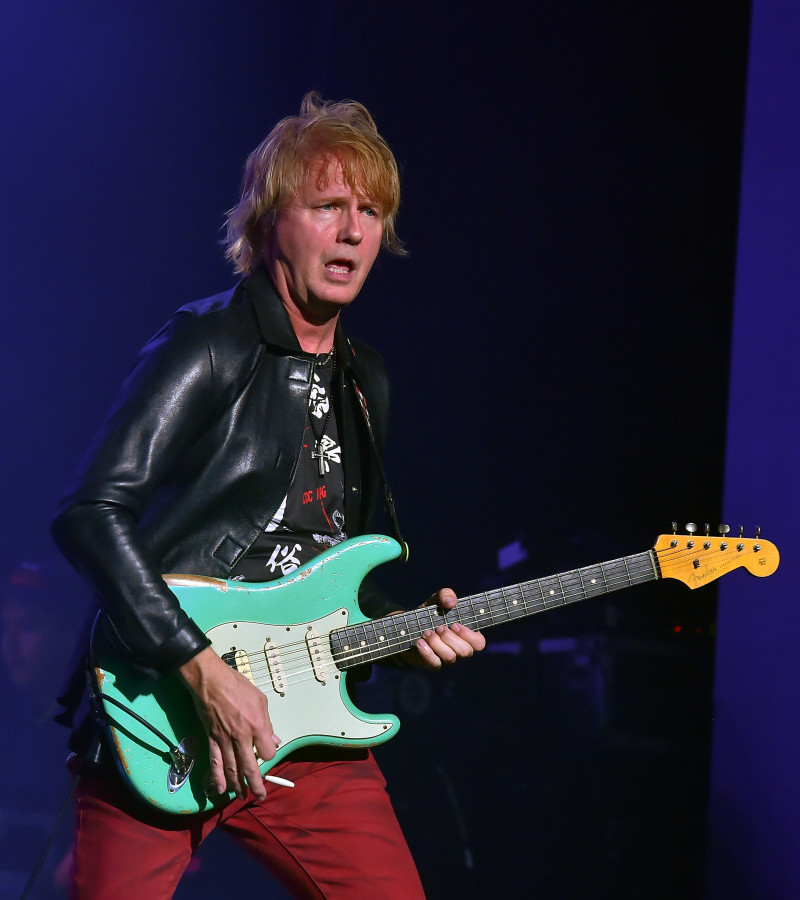 Although categorized often as "progressive", the music of the APP, though we like it a lot, in our opinion is definitely more in the genre of mainstream pop. There was good news for all the fans because there's a new album coming up, as a successor to the 2019 album The Secret.

Standing on Higher Ground Don't Answer Me Time Breakdown / Raven I Wouldn't Want to Be Like You Dr. Tarr And Prof. Fether Prime Time Psychobabble Children Of The Moon Gemini Silence And I Sirius / Eye In The Sky Damned If I Do Games People Play

It was getting late, past 11 PM, when we went op to deck 11 where Haken were playing. Because the music was a bit too "heavy" to our taste, we tried to make our way tot Studio B where Mike Keneally's The Zappa Band were playing. Top-notch quality musicians but most of Zappa's music has never succeeded to enchant us, so grabbing a delicious whisky on the way up to our cabin we decided to call it a day at around 1 AM. 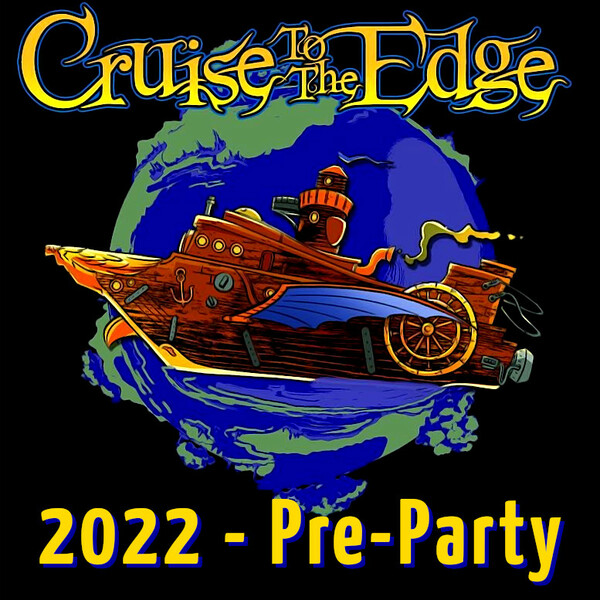 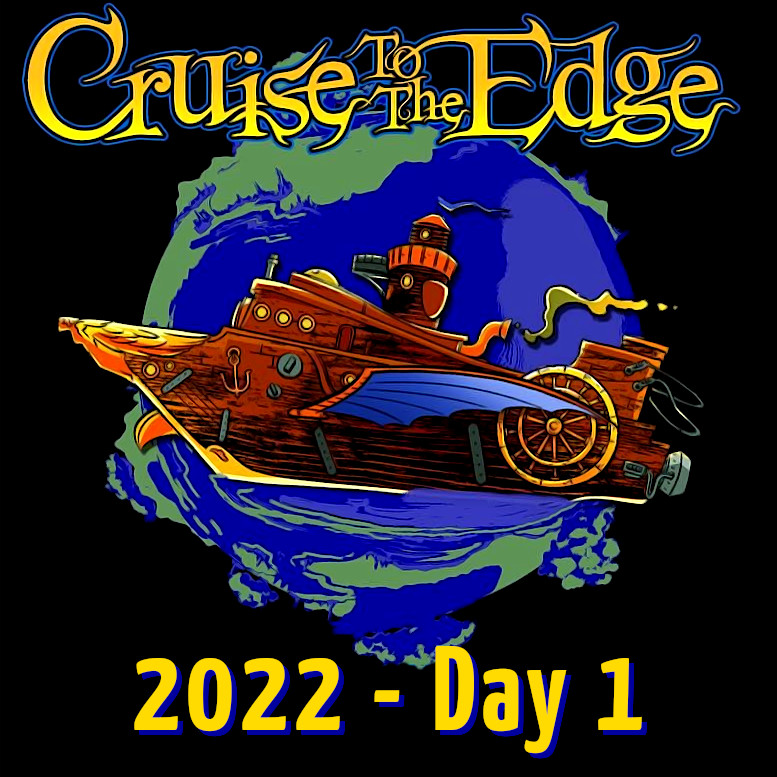 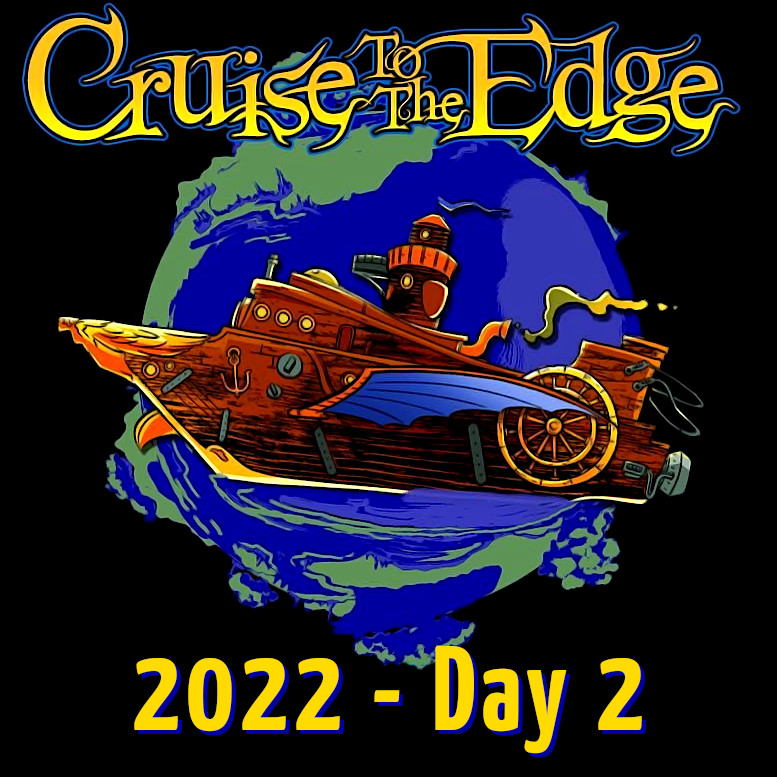 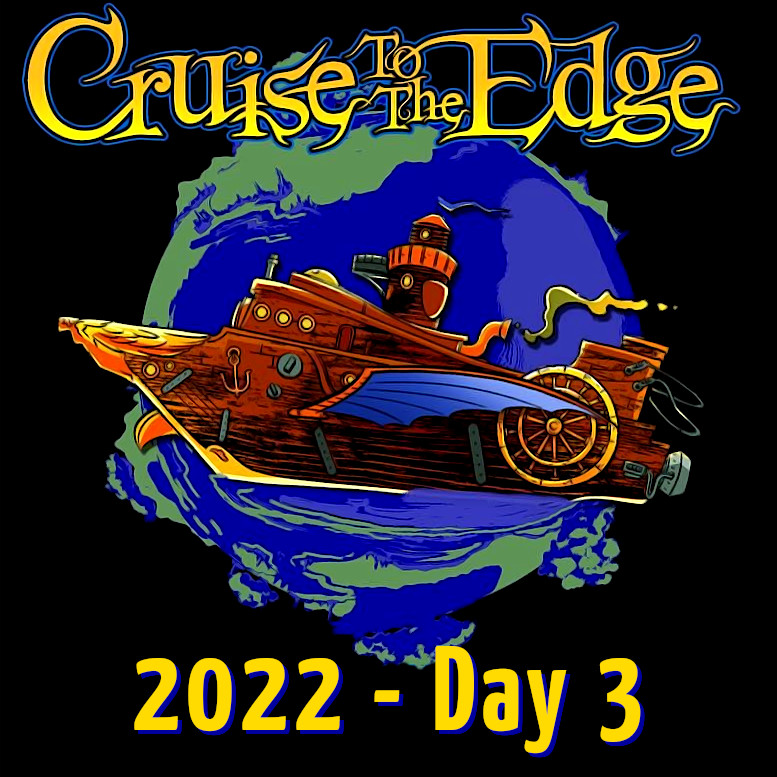