After their band-with-orchestra live album, Marillion embarked on another tour in this format, visiting some more countries in Europe. DPRP's Theo Verstrael was at one of them and reports. 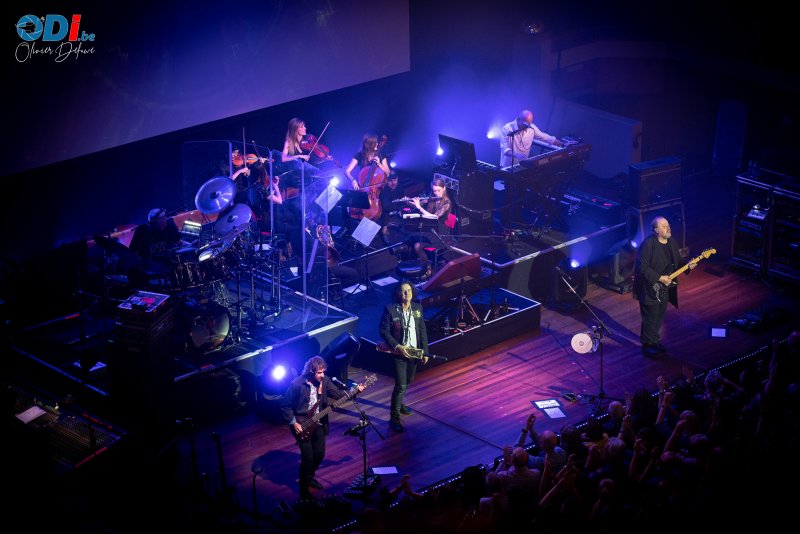 The announcement back in 2018 of a forthcoming concert featuring Marillion accompanied by a string quartet, flute and French horn brought about a lot of excitement to me. Being a fan of the band since their onset and having seen them on numerous occasions, this promised to be a very special gig that I certainly didn't want to miss.

On December 7th last year it all materialised in the Vredenburg venue in Utrecht. Arriving almost an hour before the doors would open I was shocked to see a long queue already of more than 200 metres of people waiting patiently outside in the evening cold for things to come. We took our places at the end of the immense queue but were early enough inside to find ourselves two proper seats. We witnessed the round hall to fill up quickly with several hundreds of people anticipating something special. And that was exactly what we got.

At 8 o'clock sharp the lights suddenly dimmed and there was Harry Pane, a support act that was not announced on the tickets. He proved to be a pleasant surprise, accompanying himself on an acoustic guitar and a rhythm box. His strong voice fitted his muscular style mix of rock, pop and blues songs well. His empathetic reaction on someone in the audience who suddenly fell to the ground right before him won him the full sympathy of the audience. We granted this warmth and his courageous playing with a well-deserved applause. A nice guy with talent; keep an eye on him! 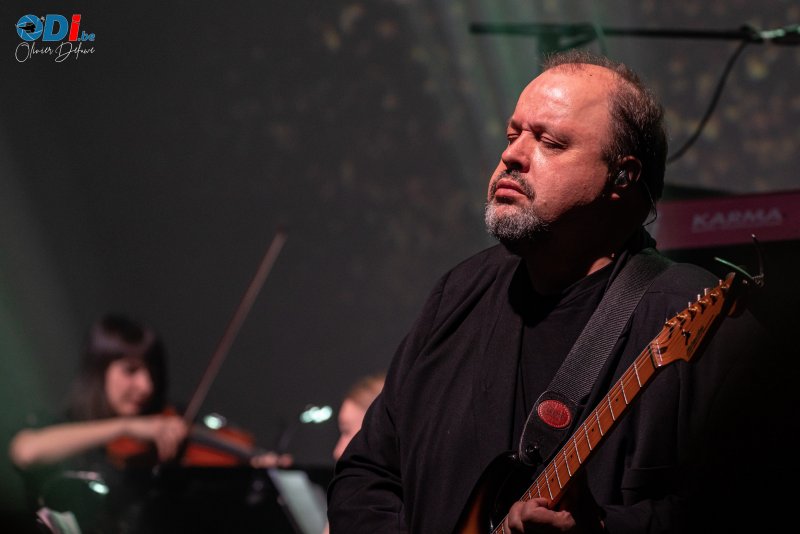 And then the stage was prepared for Marillion. Half an hour later the lights dimmed again and while David Bowie's Heroes was played, Meg Hermant, Nicole Miller, Maia Frankowski, and Annemie Osborne, the four girls forming the string quartet In Praise Of Folly entered the stage, together with French horn player Sam Morris and flautist Emma Halnan. They took their place right in the middle and were followed by the band. 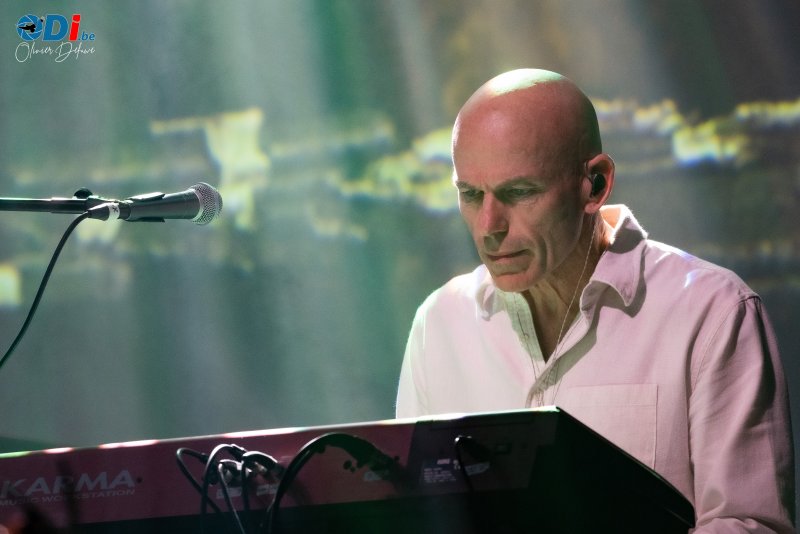 The gig opened with a thundering version of Gaza. The volume was far too loud to appreciate during this long and complex opener fully, yet the playing was flawless by the band and their friends. Fortunately the volume was turned down and the mix was greatly improved during You're gone, a simple yet fantastic song that got a beautiful new arrangement.

An incredible strong set of songs followed, ranging from Seasons End to F.E.A.R., spanning the 30 years that Steve Hogarth has been in the band, including some songs that cannot be found on their latest release With Friends And Orchestra. 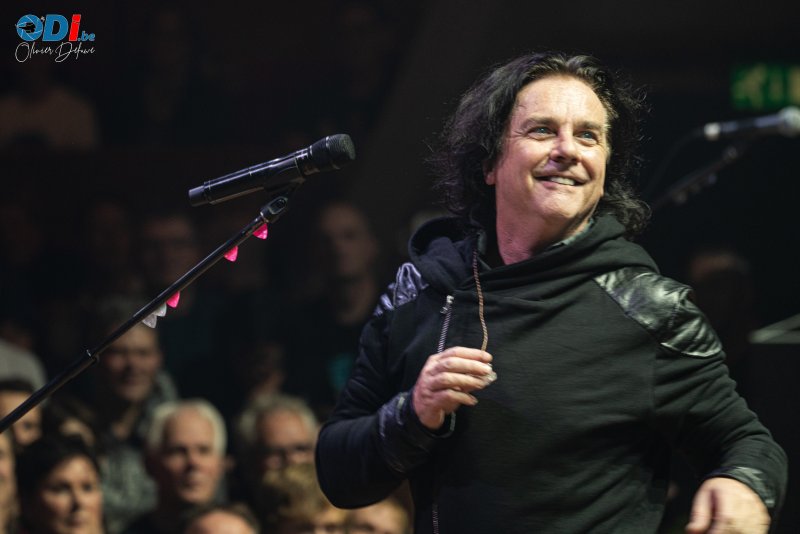 Steve Hogarth was in a splendid mood, enjoying the warm welcome intensely (it turned out to be the 24th time Marillion played Vredenburg, according to Mark Kelly's administration). His singing was very good, his interaction with his band-mates, the string quartet, and audience was sincere and captivating. 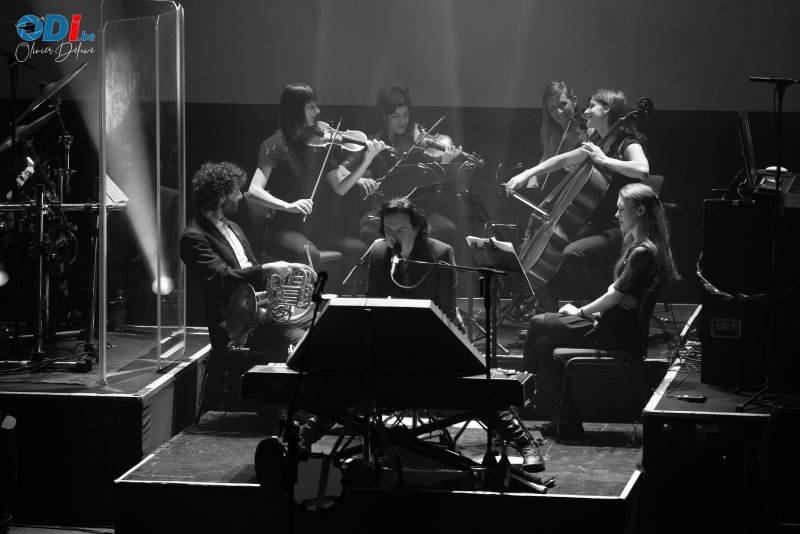 It is hard to pinpoint highlights of this fantastic gig. There were simply no weak songs, the interplay with the strings, flute and horn added another splendid layer to the already great songs. Personal favourites Estonia and Fantastic Place got beautiful new arrangements sending shivers down my spine. The version of New Kings, an epic from their latest studio album F.E.A.R., with the orchestra was absolutely great.

And I had not dared to dream that they would play two more epics but Ocean Cloud was the first encore. To my utmost surprise this was even followed by This Strange Engine as second encore. This meant that these two encores lengthened the gig with more than half an hour, making it more than 2.5 hours of sheer enjoyment. 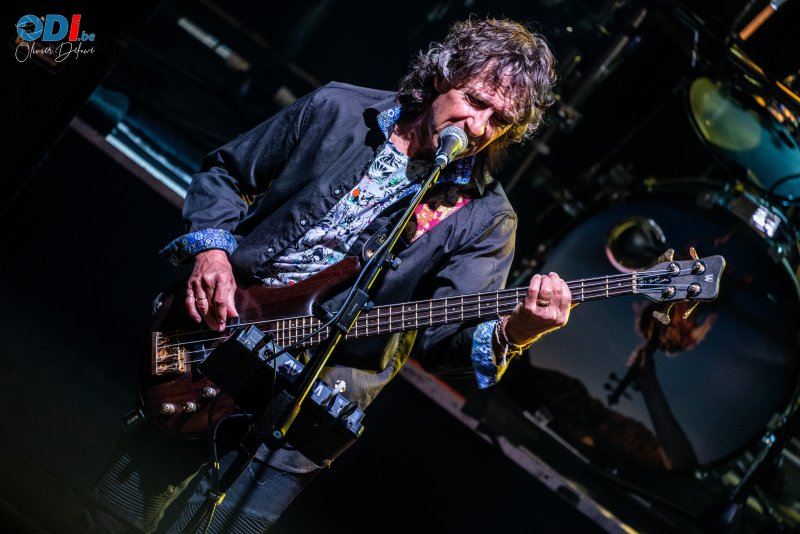 A special mention to the fantastic light show, which was spot on, always on time and very supportive to the music.

This gig was undoubtedly one of the best Marillion concerts I witnessed over the years. It proved again, if necessary, that Marillion is still a leading band in prog. We can only hope that this experiment with the friends of the orchestra will not turn out to be an one-time affair. 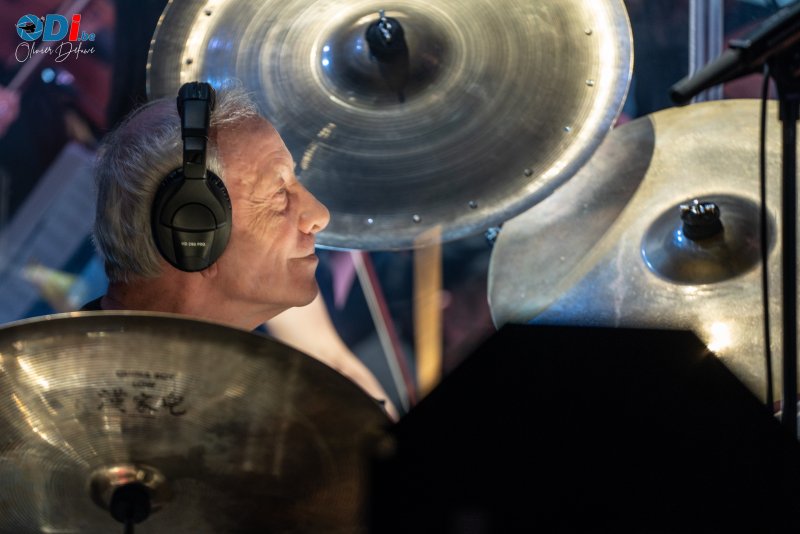 Gaza You're Gone Seasons End Estonia Fantastic Place The New Kings: I. Fuck Everyone And Run II. Russia's Locked Doors III. A Scary Sky IV. Why Is Nothing Ever True? The Sky Above The Rain Afraid Of Sunlight The Space...