Tuesday morning, March the 10th. The virus is quickly spreading and apparently Spain is its next target. Live shows are starting to be cancelled but Anathema´s show in Bilbao is still on. Good or bad decision, I decided to go. That concert happened to be their one an only in Spain after cancelling Madrid and Barcelona and their last but one because they played their last gig in Portugal the next day.

Under these circumstances I wasn't expecting a great crowd at Santana 27 and I was right. Not that progressive rock can gather thousands here but due to the virus the venue was half full. Such a shame but I must say the bands did great given all these factors. Thanks for that. 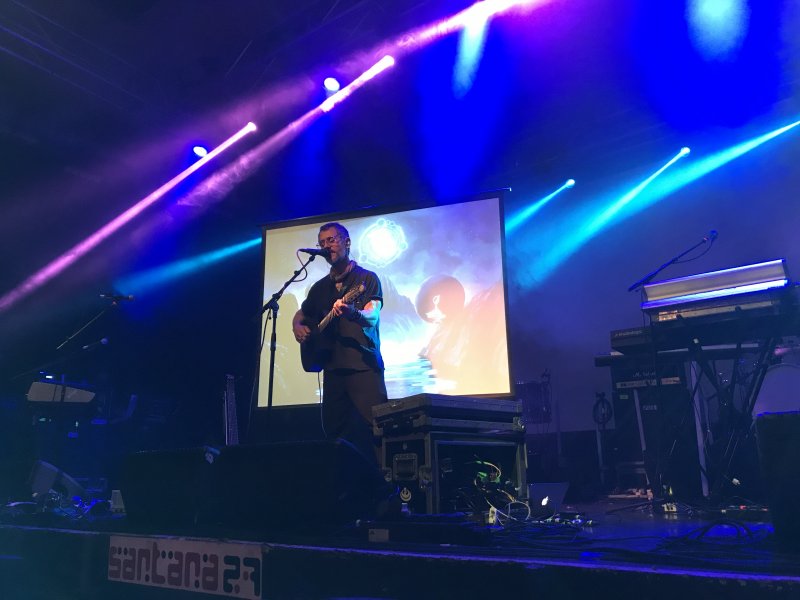 The evening started with Paul Masvidal playing songs from his last solo album called Vessel. Some ambience sounds, a small screen and Paul and his guitar. Very intimate show from this great musician that would fit better in a small room with closer audience. Good song and perfect performance playing delicate sounds and including a song dedicated to his friend and former band mate in Cynic, Sean Reinert, who died only a few weeks ago.

The audience was just a couple of people by then, but by the end of Masvidal's set, more people were entering the venue to attend the greater surprise of the night: Rendezvous Point. 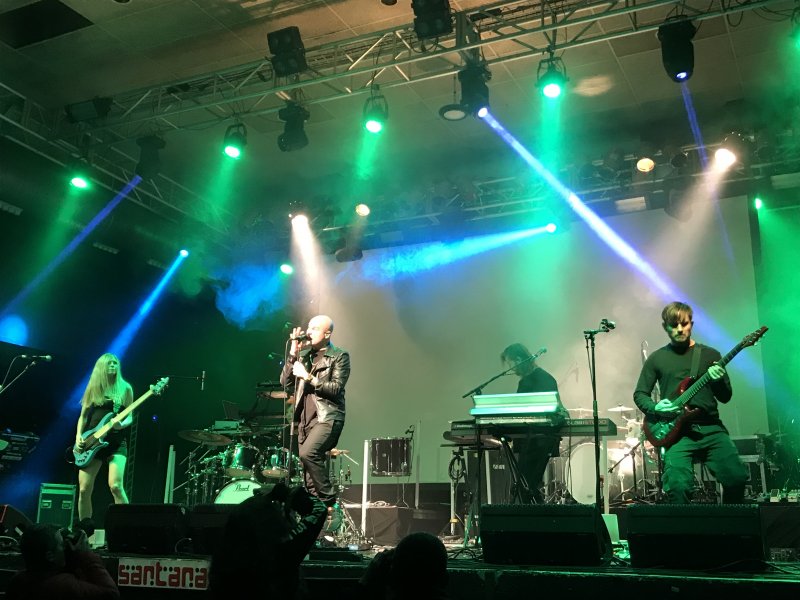 I had heard that name during the last few months but never found the chance to listen to their music, so a live show was a good opportunity to discover their music and also their ability to play live. A success on both accounts. Don't miss the chance to check reviews from their albums on DPRP.

Great musicians guided by a great frontman, Geirmund Hansen. His vocals performance was perfect but also the way he can manage the show. The rest of the team are Petter Hallaråker, brilliant with the guitar, Gunn-Hilde Erstad, perfect timing with her bass, Nicolay Tangen Svennæs, the man behind keyboards and the mighty Baard Kolstad from Leprous on drums. The band is often compared to Leprous but Rendezvous Point adds an extra layer of something and has created their own sound with only two albums in the market. Please write down this name to follow in the next years. A band that is capable of playing such a good show in such a short time is a great band for sure.

With British punctuality, Anathema jumped on the stage. Everyone in the progressive rock scene knows this band so I will make no introductions. Only to mention Charlie Cawood, who was playing bass in this mini tour since Jamie Cavanagh left the band. For those who don't know him, Charlie is a great musician capable of playing many instruments and he's part of many bands including the wonderful Knifeworld. 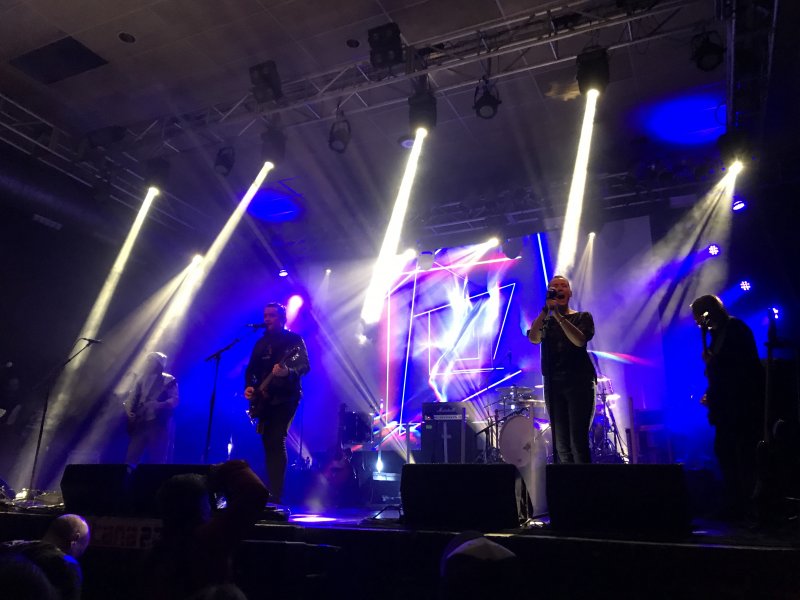 Anathema came to play their famous album We Are Here Because We Are Here for its 10th anniversary. The show started a bit low, with some volume problems on Daniel's guitars and the audience trying to forget about the virus. Even the band made some jokes about washing your hands and being the cleanest progressive metal fans these days...

One by one the amazing songs of the album were passing with not a lot of words from Daniel or Vincent. The good thing is that when you have such a good album your job is easy. Even when they need to include pre-recorded parts because you don't have more people on the stage.

After playing the whole album everybody seemed to have forgotten about the virus and the show went even better. We could enjoy all the gems you can read on the setlist. The band we more relaxed, having Lee Douglas on stage again, leading some of the songs. Daniel Cardoso was just perfect on drums and the Cavanagh brothers succeeded as always as main actors of the show. 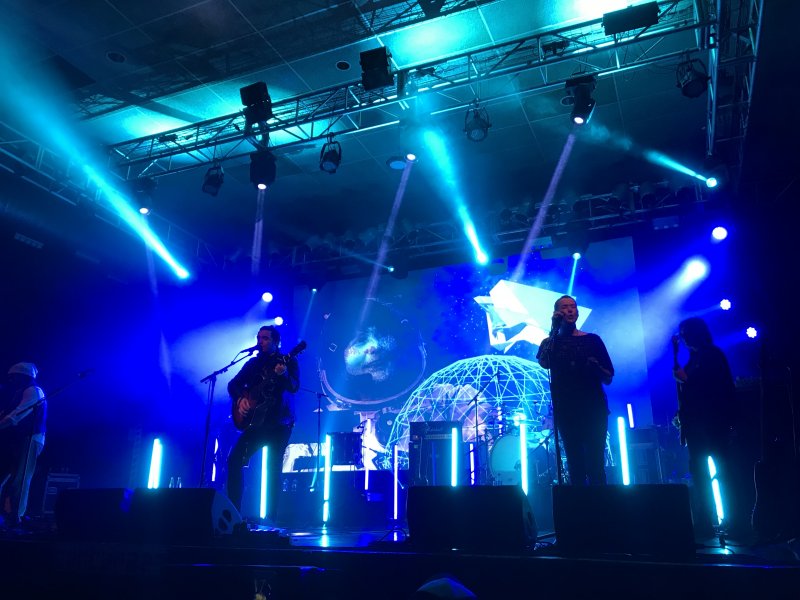 Like I said before, with such great songs nothing can go wrong. Even more if you finish your show with the magnificent Untouchable. Anathema may have evolved too much according to some prog metal heads, but they are really good making not only amazing albums but also unforgettable hits that should be able to engage a much larger audience.

It was a great evening after all and from here I have to thank the bands for playing under these circumstances. Having a band these days is not an easy thing and even more difficult having to cancel sold out shows and the whole tour because of this crazy virus so I wish them luck and encourage everybody to support the bands you love.

(Sorry for the quality of the pictures. I was not allowed to take my camera inside.)

We're Here Because We Are Here: - Thin Air - Summernight Horizon - Dreaming Light - Everything - Angels Walk Among Us - Presence - A Simple Mistake - Get Off, Get Out - Universal - Hindsight

Text and photos by Ignacio Bernaola