Paul Gilbert is a regular visitor of Dutch venues. With a musical overlap with quite a lot of prog fans, it was about time there was something on the guy here on DPRP. Menno von Brucken Fock reports in words and images. 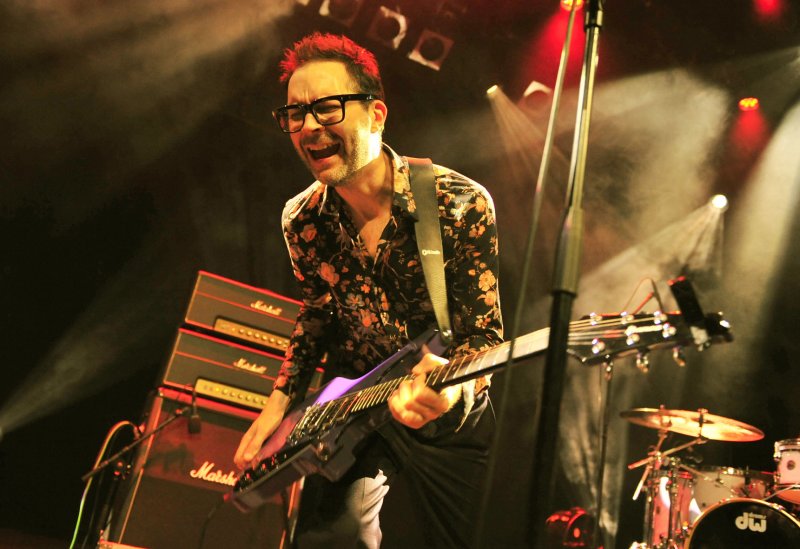 Metropool is a very well-known pop podium in Hengelo (eastern part of the Netherlands) and living in Almelo it's just some 15 km's from my home. To my surprise the concert was scheduled in Enschede however, a bit further. Due to the bankruptcy of another well-known venue, ATAK in Enschede, it turned out that Metropool today consist of more than one concert hall. 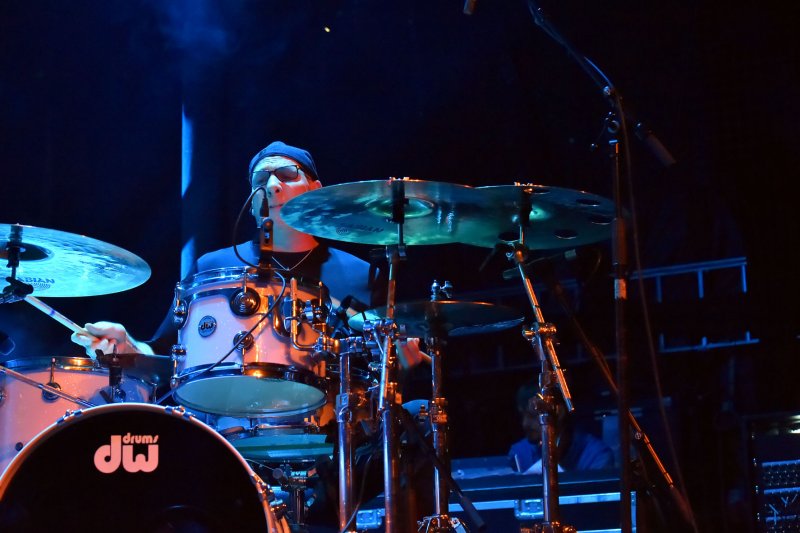 So off to Enschede, not too big a venue harbouring a maximum of approximately 500 visitors. The upper floor was closed but luckily the ground floor was nicely filled with fans of 'shredders' and mostly fans of Racer X and Mr. Big. Guitar virtuoso Paul Gilbert chose to do two dates in the Netherlands, October 12 in Hengelo (in the east) and October 13 in Zoetermeer (in the west of the same small country) in order to promote his new album Behold Electric Guitar, recorded with the very same musicians on stage with him today. On the keyboards Asher Fulero, on bass guitar Roland Guerin, and behind the drum kit Brian Foxworth. 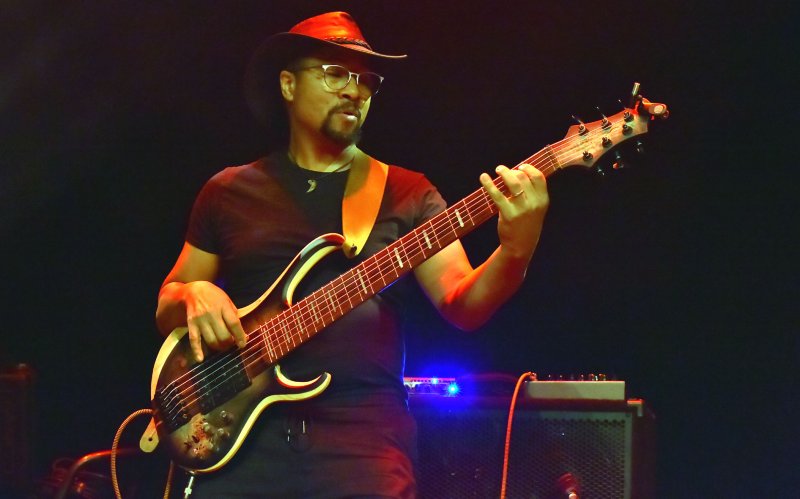 Fans might have taken the opportunity to explore what was coming by watching (and listening to) YouTube video's by Gilbert and his band playing songs of the new album. It was easy to hear that Paul had caught a cold - his voice proved to be quite hoarse. Nevertheless, or maybe rather "no problem because most of Paul's music is meant to be instrumental anyway", the opening was spectacular. Solid blues played by a genuine shredder for me is like cherry on a delicious pie (yes, some prog fans like other genres too!). 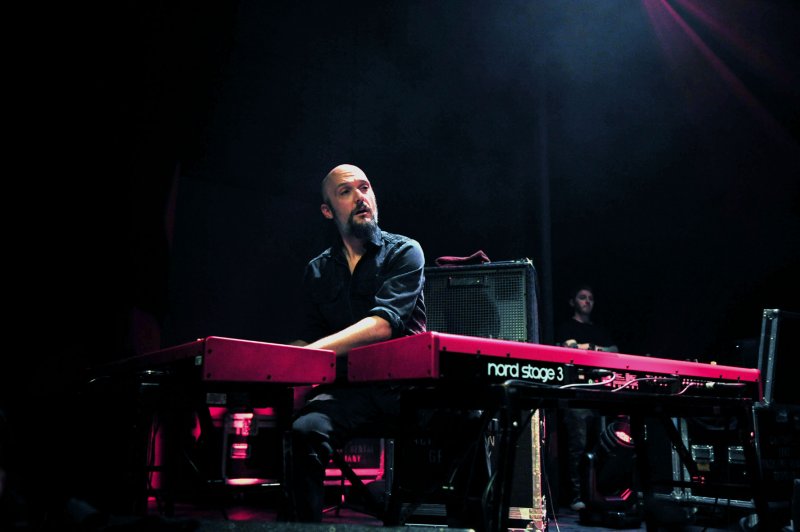 Through the evening the band would play eight of the twelve tracks on the new record, subtly promoted by Gilbert. Paul demonstrated his fabulous techniques and speed on the guitar neck, extremely well accompanied by the three high quality musicians around him.

In spite of his probably sore throat Paul managed to give some hindsight in the way some of the songs were conceived. One of them in particular, illustrated by examples played on his guitar, was the tune I Own A Building, inspired by remarks from a real estate icon who demonstrated how proud he was on the building he was giving a tour of. The well-known Batman-riff was the starting point but by combining it with other riffs and transforming it slightly the outcome was a highly energetic rock-tune. 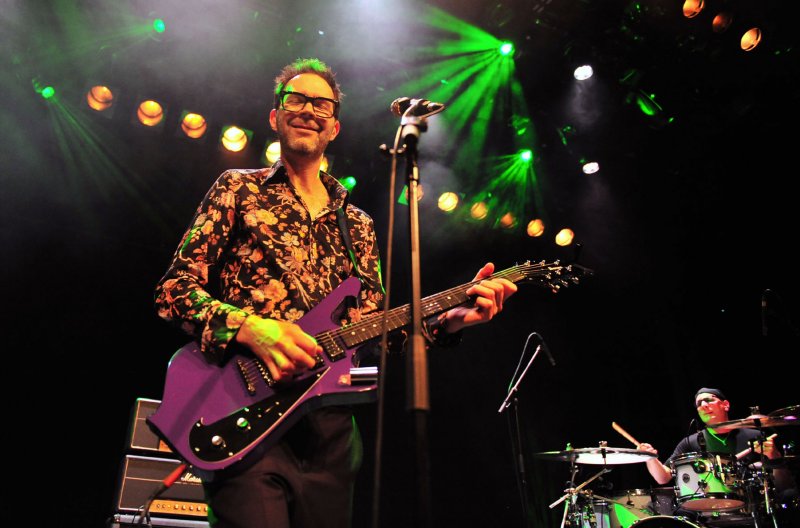 Another example was Paul's story of being refused to board a plane because he was 3 seconds late, eventually leading to the track Sir, You Need To Calm Down.

Paul's homage to the seventies and some other world famous artists were covers of songs by Kansas and Van Halen, a very original combination of U2's Pride and Led Zeppelin's big hit Whole Lotta Love went down extremely well. There was also a stunning rendition of George Harrison's While My Guitar Gently Weeps in which a piece of the Racer X song Scarified had been processed. 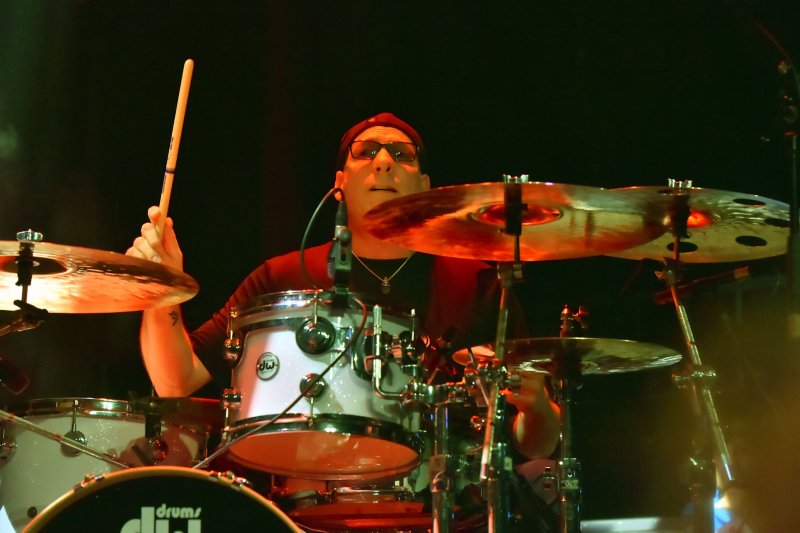 Of course there were some songs of his current band Mr. Big and while everyone thought the evening was over, Paul and his mates returned to play delicious duels between guitar and keys, guitar versus bass and even the axe versus the drums, followed by a Jimi Hendrix tribute: Red House. The beautiful, bluesy track was sung by Paul himself in spite of his broken voice.

Gilbert was and still is a virtuoso and proved himself worthy of having been chosen to be one of the G3 guitarists in 2010 (together with Joe Satriani and John Petrucci). The only real or direct "progressive" moment of this "night of the guitar" was his version of Carry On Wayward Son, that first big hit for Kansas. 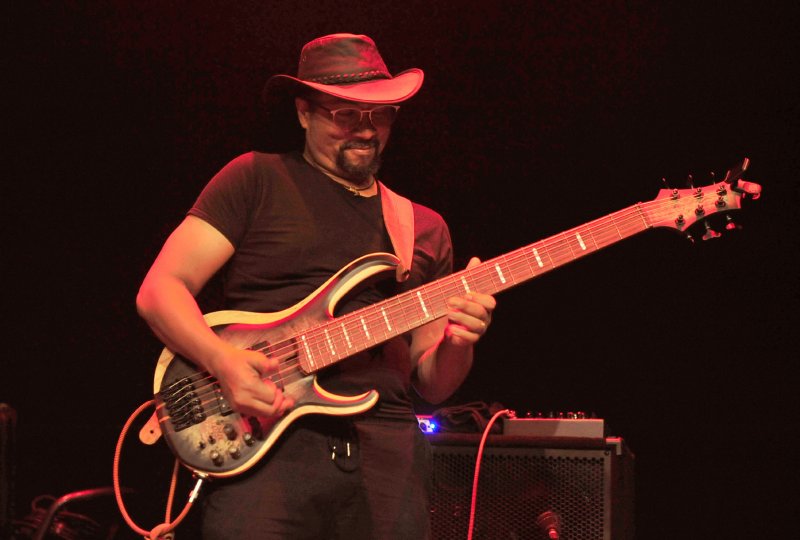 It must be quite fulfilling to be able to perform with such great musicians as Foxworth, Guerin and Fulero proved to be and to be able to master your instrument like Gilbert does his guitar! 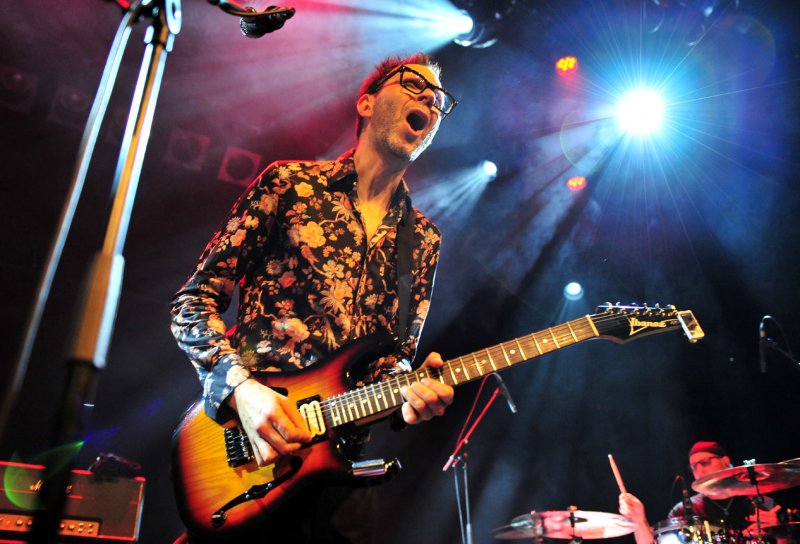