Lies And Butterflies was released in 2018 and reviewed earlier this year. With their performance on the 9th of April in Luxor, Arnhem, still fresh in his memory, DPRP's Jan Buddenberg reports on Mystery's return to Holland. This time playing in De Boerderij in Zoetermeer, their self-acclaimed second home. It turned out to be a wonderful musical night with two perfectly matched neo-progressive bands. 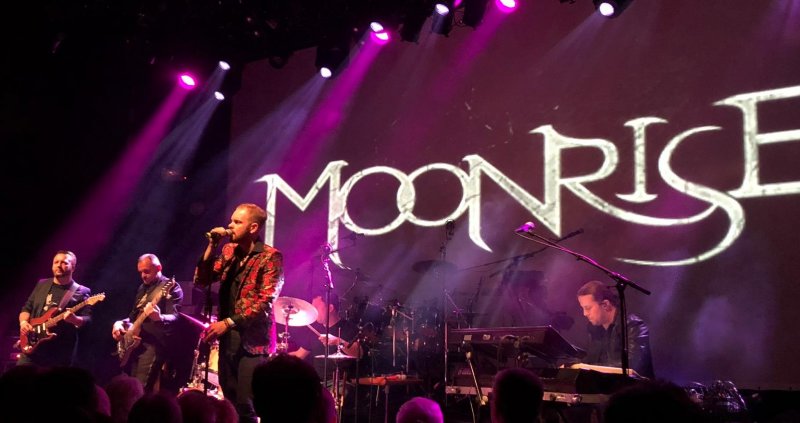 With the venue already filled up to quite a substantial amount of anticipating fans it was up to Moonrise from Poland to warm up the crowd as support act. Initially having started out as a solo project founded by multi-instrumentalist Kamil Konieczniak, four consecutive studio albums have thus far been released in various line-ups, with their latest effort being Travel Within from 2019.

Installed in front of Mystery's setup their stage was basically seven square meters (7 by 1 m), but as it turned out Moonrise used it to the best of their advantage. With Konieczniak concentrated on keyboards and piano on the right and Marcin Kruczek (guitar), Mirek Rupała (bass guitar) standing firmly on the left, centre stage was occupied by Grzegorz Jakieła on drums thereby leaving only a thin line of manoeuvrability for Marcin Staszek on vocals.

The small steps he took to the left and right were ill at ease in the beginning, possibly due to the overwhelming amount of people gathered upfront and on the balcony, but quickly changed to humble confidence once the nerves had settled. And with the sound technician of De Boerderij having done his homework Surrender To Win (from Stopover Life) started to what proved to be a highly enjoyable, relaxed and atmospheric set with every instrument perfectly audible in the mix. From the moment Dive arrived the audience bathed in a engaging ethereal neo-progressive rock atmosphere bearing a likeness to early nineties Marillion (Season's End) injected with a Mr Mister AOR-like friendliness and Castanarc subtleties and two further magnificent surprises. 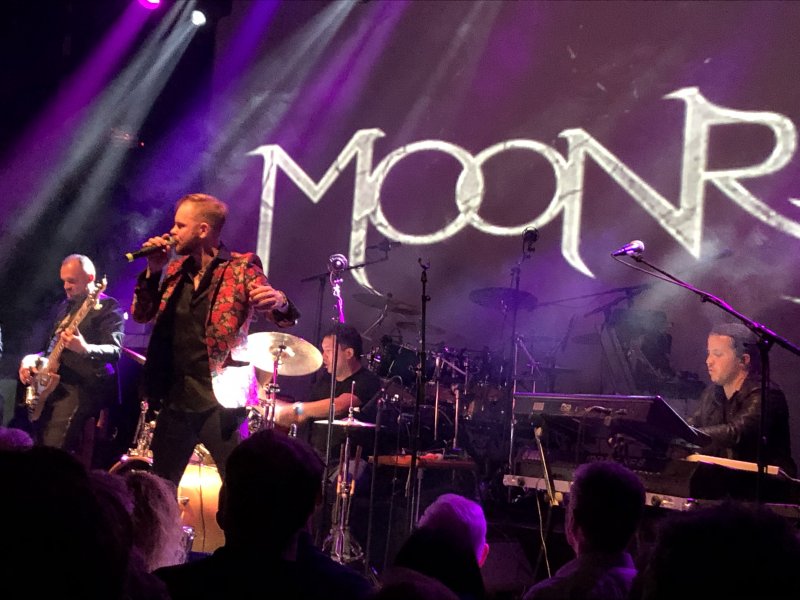 First one being the pure and high pitched soaring vocals by Staszek elevating the sensitivity of the compositions. And secondly the spine chilling, goosebumpy (if that's a word) melancholic emotive guitar solos of Kruczek equalling that of a harmonious blend of Steve Rothery, Mirek Gil (Collage) and David Gilmour encased in Neal Schon (Journey) melodies. Further refined Tears For Fears warmth from Konieczniak led to heartfelt reactions from the audience.

Build around tracks from Travel Within older tracks from Souls Inner Pendulum (2019) sparked further glimpses of Jadis and without realising it 45 minutes had flown passed when they finished on a high with The Lights Of A Distant Bay, from the album by the same name (2008). Judging from my own reaction and those of the crowd a highly successful performance. To be enjoyed again at 't Blok', Nieuwerkerk Aan Den IJssel on the 15th of March 2020 which I would advice to do so if you can! 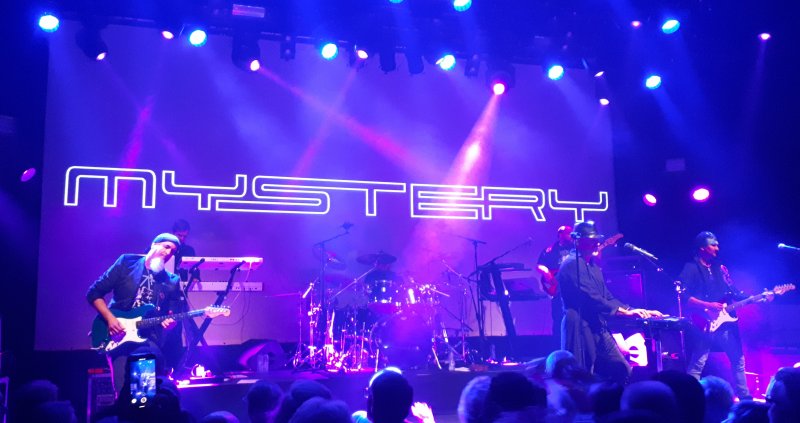 A short intermission followed before Mystery entered the stage and with only the opening chords of Delusion Rain it became obvious Mystery were playing a home game. Not surprising for De Boerderij feels like a second home to them, and most likely vice versa for the place was almost sold out. The replicated immaculate sound experienced at Moonrise's set was met with warmth and enthusiasm from the appreciative audience, rubbing off instantly on the engaging vocalist Jean Pageau smiling from ear to ear whilst playing the keyboard.

So much so that in high spirits he sang the wrong lines midway through the song, yet quickly recovered and further delivered a near flawless performance throughout after this. Just witnessing his performance, handling flute and keys next to his high soaring, pitch-proof and melodic tuneful vocals is a sheer delight. A natural talent, sparking images of Michael Sadler (Saga) in his younger days, captivating the audience with his energy and effectively charging the venue for a night of sublime neo-progressive rock. 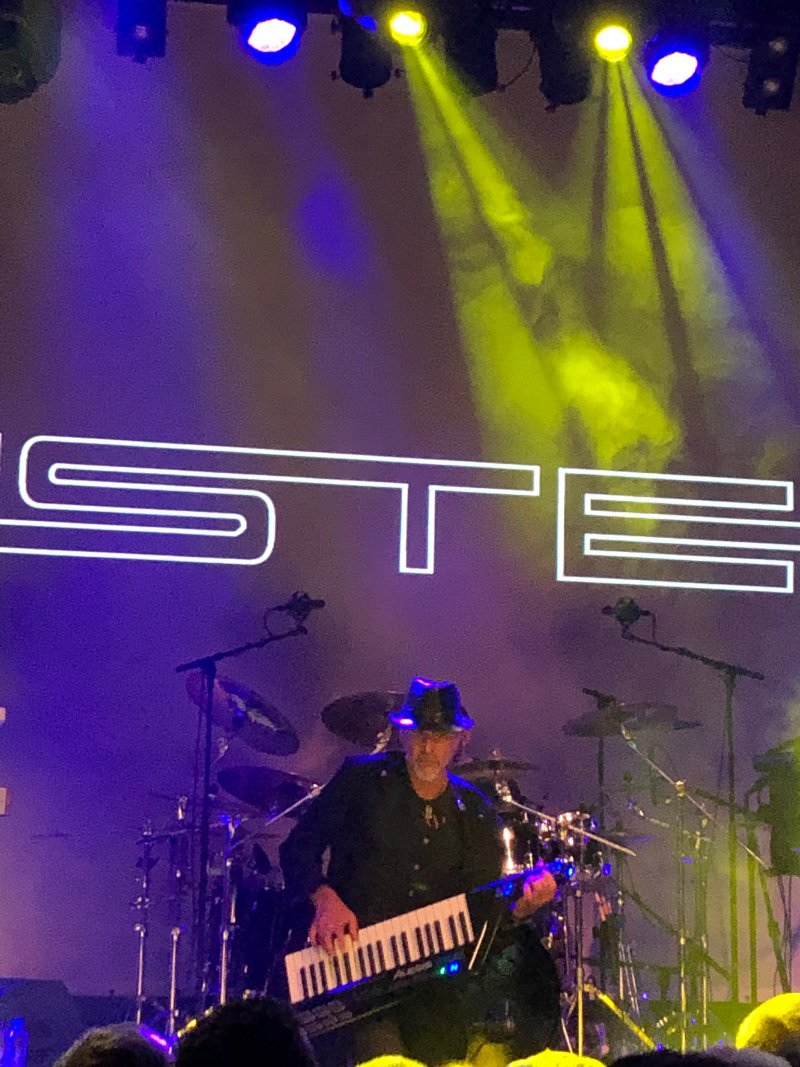 Sailing straight into Something To Believe In emotions were flying high already, supported by solid harmonies and Mystery kept their momentum flowing with emotive intertwining solos from both Michel St. Pere, contently nodding whilst playing and Sylvain Moineau showing more posing panache. How Do You Feel quickly followed with it's seductive and emotive guitar solo by Michel St. Pere, paving the way to the epic The Willow Tree.

With Francois Fournier in the back of the stage on bass/pedals and Jean-Sébastian Goyette on drums dynamically driving the song forward, one of the many highlights of the evening unfolded. Brought with both passion and joy, appetising melancholic guitar solos, luscious breaks, enchanting vocals, refined percussion, sparkling keys and graciously flowing melodies glided onward and slowly the thought on whom had the most enjoyable time in the venue started to develop in my mind: the audience or the band? The heartfelt words "We Love The Boerderij!" before The Scarlet Eye didn't provide a direct answer to this, yet in hindsight both seems the most appropriate. 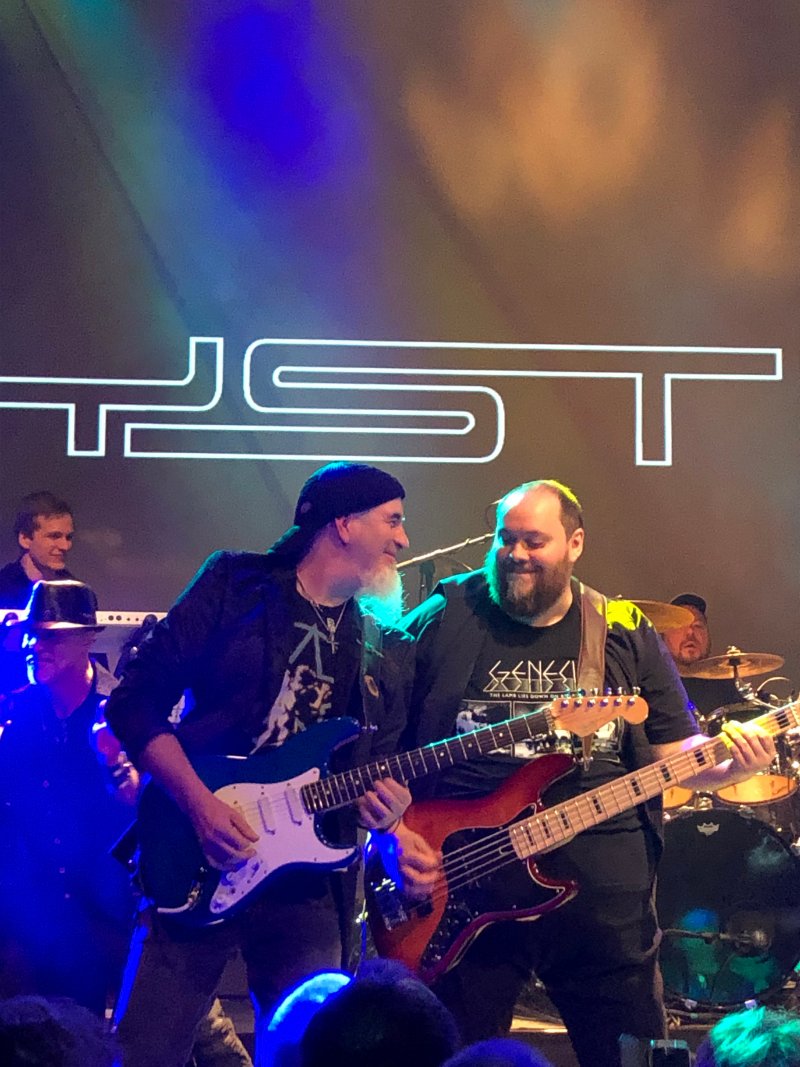 Shadow Of The Lake exemplified how much mystery have grown over the last few years, with the original version now just being a shade in comparison. With Pageau's captivating (vocal)performance and keyboard-player Antoine Michaud's facial comedy gymnastics the perfect entrance to Looking For Something Else, one of the two epic songs played from Lies And Butterflies. Where Dreams Come Alive quickly followed and judging from the crowds reactions tonight seemed to be the place, for Through Different Eyes from One Amongst The Living lifted the energy levels in the venue yet again.

Ending their regular set fittingly with testimonial A Song For You they took a short break, only to return moments later to give a majestic playful version of personal favourite Chrysalis, bearing slight re-arrangements. Spurring the crowd on one last time to dance during The Preacher's Fall Mystery wanted to end a rewarding and thoroughly fulfilling concert, if it weren't for the audience still begging for more, which they got in the impromptu second encore Pride. The closing breakable words afterwards by a touched Goyette illustrated perfectly what was felt by all present, for it proved to be a heart-warming exciting passionate night of music and mutual friendships all around.

With many attendees getting their mementos in form of Mystery's new live album Live In Poznan, to return to paradise again in the warmth of their own comfortable homes, a magical night came to an end with both bands having delivered an excellent performance and a wonderful mysterious feeling of connection and amity. Count me in next time, though I wonder whether the capacity of De Boerderij will be sufficient enough in future. Can't wait to find out. 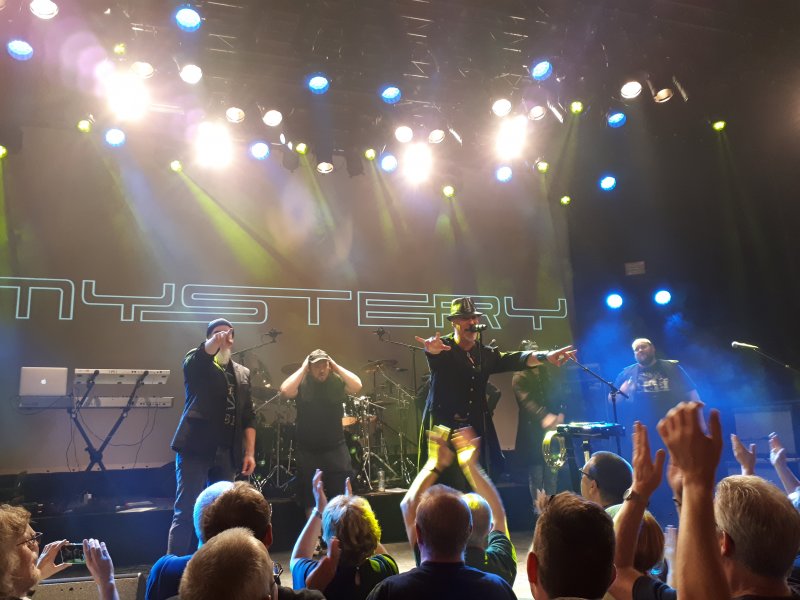 Delusion Rain Something to Believe In How Do You Feel? The Willow Tree The Scarlet Eye Shadow of the Lake Looking for Something Else Where Dreams Come Alive Through Different Eyes A Song for You