What better to do on an early autumn Sunday night in Hull, than pop down to a local venue to see a couple of progressive rock bands playing live at a local venue? Well, unfortunately the message did not appear to have got out to the locals. A small, but privileged few, got to witness a brilliant display of live music. DPRP's Stefan Hennig reports.

Judging by the woeful turn out, Hull does not appear to have many fans of prog or classic rock. The majority of the audience appeared to have followed Karibow (Germany) and This Winter Machine (England) around over the previous few nights judging from the number of TWM tee shirts on display. For a band of the pedigree of Karibow, who had travelled to England to perform for audiences here, I felt embarrassed for them with the poor turn out. The audience struggled to number over 30, but thankfully for those in attendance, both bands did not appear deflated in any way, and both performed brilliant sets for the appreciative few who turned out. 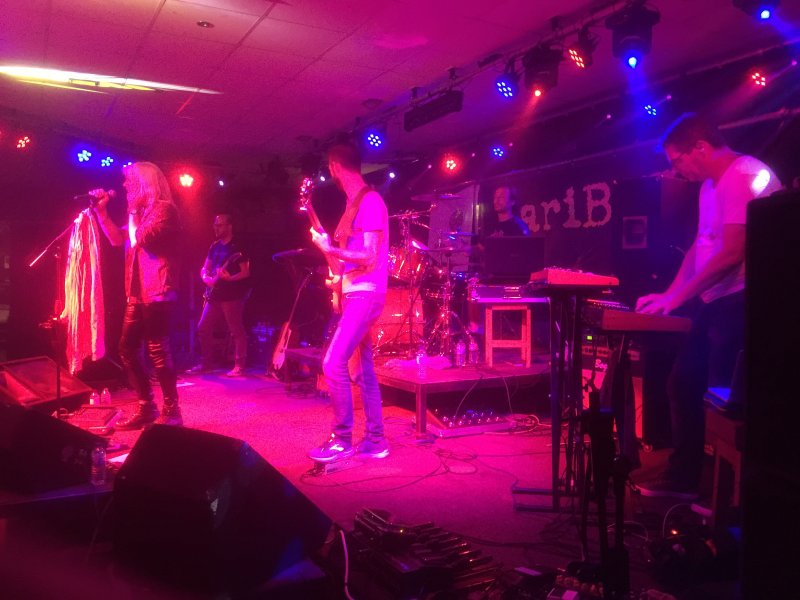 O'Riley's is located a stone's throw from the City Centre, and is a recent addition to the many legendary music venues that Hull has. Others include The Welly Club (located only a few doors down the same street), The Tower, and The Adelphi. O'Riley's is a converted Victorian building, and has hosted many bands over the recent years. It seems to have a business model based around keeping the building in use as much as possible, and has an annex, come changing room, which hosts regular boxing events.

For the more broad minded, they also hold occasional burlesque nights. The venue's host, Darren, also serves as roadie, sound and lighting engineer, and general helpful and pleasant bloke. The venue has its own impressive sound and lighting rig, along with smoke machine if required. The cost of a wide selection of decent quality drinks are very competitive, which is a bonus for those who don't have to drive home.

Doors opened at 6:30 PM, but there were no queues or stampede due to the limited number of punters. The aim was to try and accommodate both bands playing a full set before the early Sunday curfew. 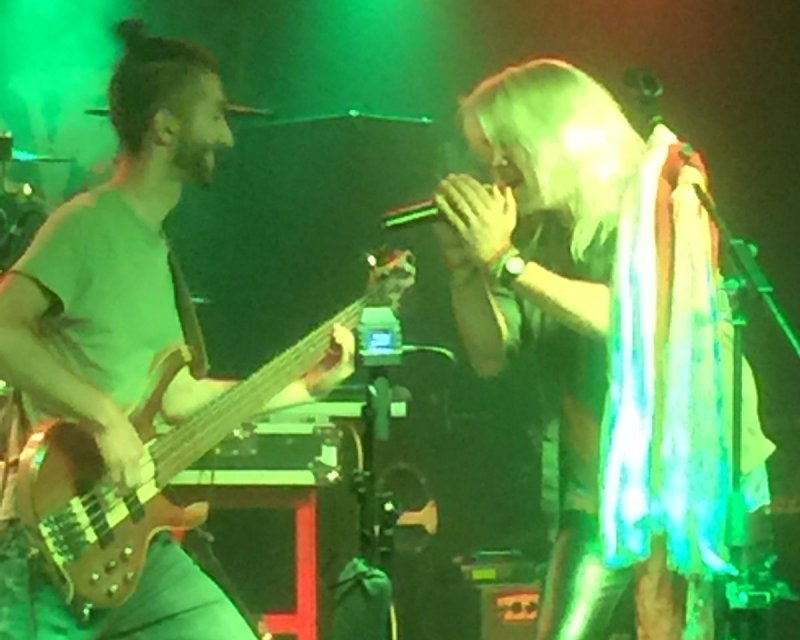 Karibow were on first, with each band member taking to the stage during an interesting intro tape. Main man Oliver Rusing entered the stage, resplendent in his royal blue coat which helped to emphasise his flowing blond hair. First song, The Raining Silence, was from the bands recent epic double album, MonuMENTO. A great rocking number which introduced the band to the audience. The set list comprised songs from all the current albums, plus the sadly currently unavailable in CD form, Holophinium.

The band were tight and relaxed, most likely a result of this being their eighth concert in nine days. Even with the small crowd the band were obviously enjoying themselves, constantly smiling, with youngest band member, bass player Felix Jager, oozing stage presence, as well as demonstrating an extraordinary talent. 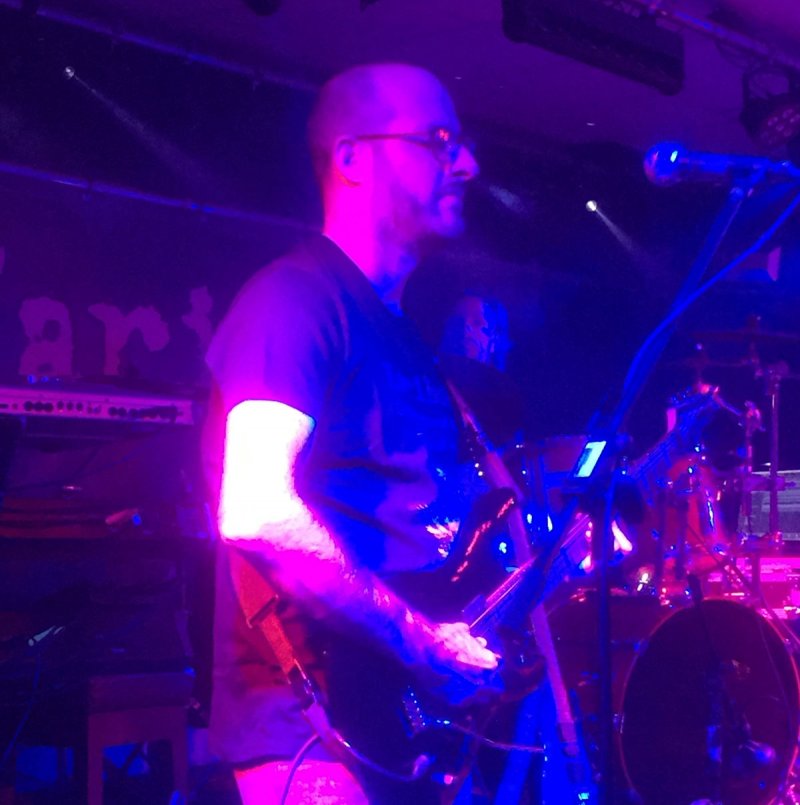 Guitarist Philipp Dauenhauer's constant relaxed appearance hid an extremely talented musician, who never overplays, but his skill was obvious for all to see. Longest serving live band member, drummer Gerald Nahrgang, had the unenviable job of reproducing Oliver's studio drumming into a live environment. As Oliver first came to prominence as the drummer in German neo-prog band Last Turion, I can only assume he is the band member most scrutinised. But for Oliver to choose Gerald to interpret his drumming on the live stage is credit enough to his immense talent.

Finally, tucked away in the corner was enigmatic keyboard player Guido Seifert. While visually appearing restrained, he appears to be the joker in the band, at one point holding aloft his iPad to notify the band how long they had been on stage.

It was towards the end of the set, when Oliver took centre stage, after one of many quick clothing changes during the night, to play a couple of acoustic songs, that the crowd were finally fully engaged with the band, clapping along, while Oliver delivered emotional renditions of Change and Passion. The music and lyrics Oliver writes appear to come straight from the heart, and this is conveyed dramatically in a live environment.

Karibow closed their night with a storming rendition of The Cry. This was apt due to what occurred next. As the bang congregated together on stage, they were joined by husband and wife, Sue and Colin Smith. Sue, with the support of Colin, were responsible for getting Karibow to come and perform in England. They organised the dates, and took the role of tour managers during the whole nine days Karibow were in England. Sue, Colin, and the band had obviously formed an emotional bond during the preceding dates, and Sue was almost in tears as she laid her heart on the line to all who were present. Reinforcing the importance of cherishing live music, and helping to support bands like Karibow and This Winter Machine by buying direct from the bands where possible, so they receive the most revenue from sales so that great music is continued to be produced. It certainly left me with an emotional lump in my throat.

Seeing the band members who had just entertained us for over an hour immediately become roadies, dismantling their own equipment, was an all-too-real example that performing live for audiences was not the glamorous lifestyle most think it is. Performing live for these guys is a vocation. Just as I go to work every day to provide for my family, these guys have a talent for entertaining, which is how they provide for their families. There is not much glitz and glamour, but the knowledge and satisfaction that they have entertained 30 people for the evening and provided a little escape in being able to become absorbed in their music for an hour. An hour that will help those in the crowd, go to work the following day, with a degree of pleasure and hope which keeps us going and looking forward to the next time. 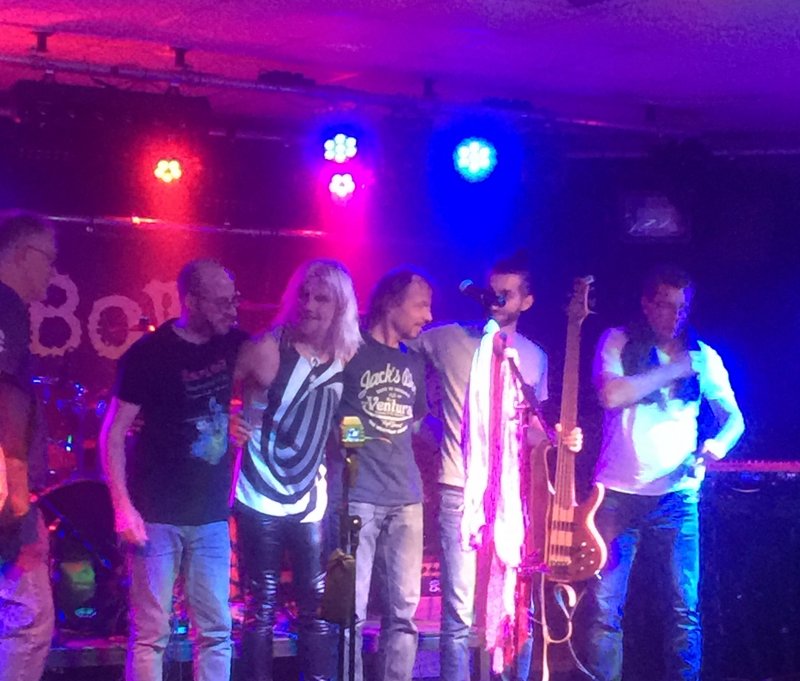 After the Euro-prog of Karibow, enter stage left the uniquely English prog of Leeds-based This Winter Machine, who started the show with the atmospheric and stunning title track from their debut album, The Man Who Never Was. The drama of this song takes a new dimension in a live environment. The slow building intro quickly demonstrated the talents of guitarist Graham Garbett, and discretely positioned keyboard player Mark Numan. The sixteen plus minutes of the song flew by, with the many transitions holding the audiences attention, except for when singer Al Wynter kept crossing in front of the stage prior to taking the mike to provide his vocals. 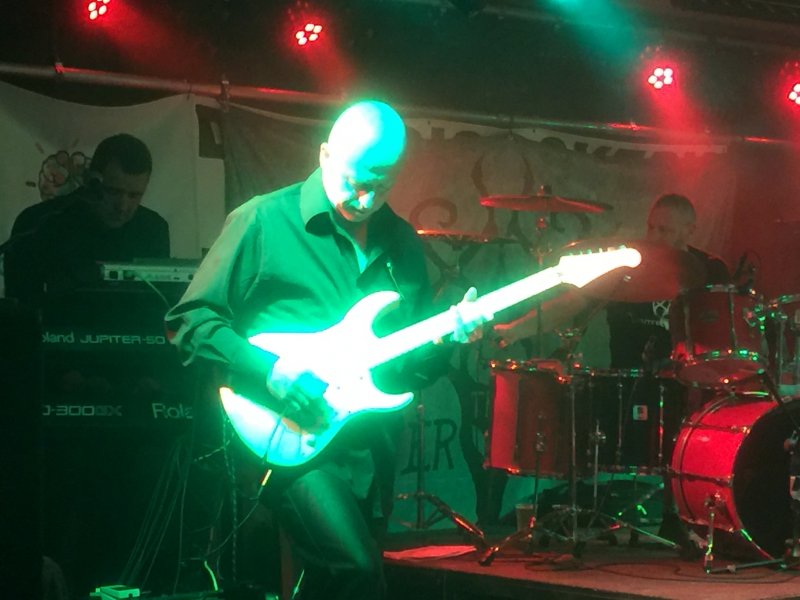 Al admitted to being suffering from a throat infection, but I did not appear to greatly affect his performance, apart from needing to take on fluids regularly during the set. His humour was in good condition during the song intervals. He commented on the fact it was the first time he had performed in a venue which appeared to have blood on the ceiling directly above him.

Newest band member Stewart Mcauley, who took to the stage in a beret, was referred to as a Poundland Che Guevara, which was received by the audience with much laughter.

Watching drummer Andy Milner in action was almost like watching a separate show on its own. Andy seemed to be in his own world, his enthusiasm and enjoyment in performing was clearly obvious, when the opportunity arose he was twirling his sticks while keeping the band driving along. A pure joy to watch. 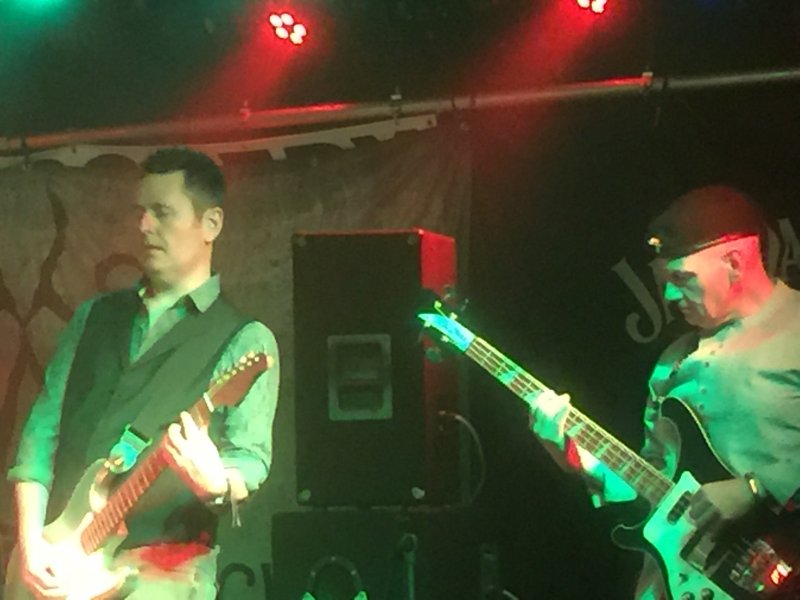 I was glad they played my favourite song of theirs, The Hunt, which was excellent and demonstrated what a great band they are in a live environment. Shame on those that stayed at home.

An unfortunate domestic emergency at home meant I had to leave before the end of This Winter Machines set, so their night's set list is incomplete, and I hope they can forgive me for this. 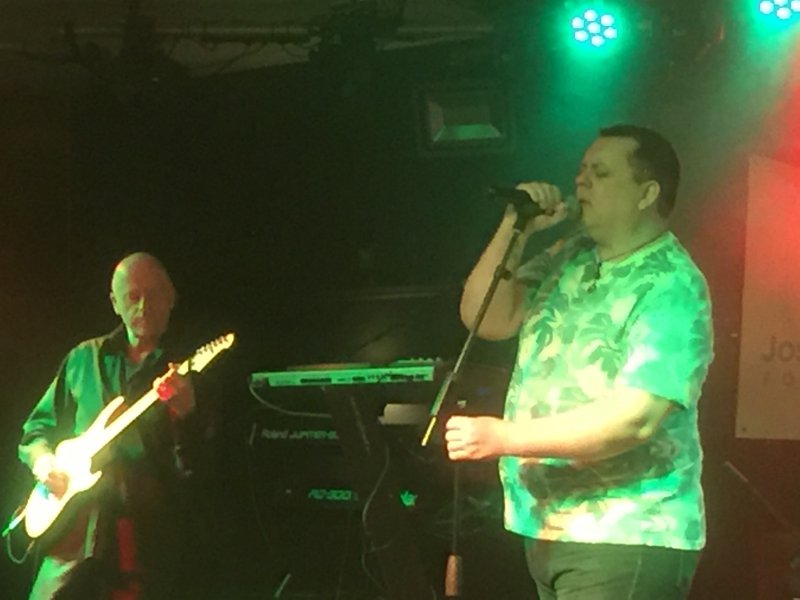 All in all a truly memorable night for the lucky few who attended and I hope the poor turn out does not prevent Hull being added to the Prog and Rock circuit for the future. It is only two years since Hull was the UK City Of Culture, so I hope that more Progressive Rock bands come and add to the cities culture in the future.