We tried but unfortunately we still had a gap in our combined writers' agendas and could not cover the whole festival, missing Gu-Ru and Kyros. As we think this festival and its organisers deserve the attention and publication, we're going to read you in on the bands we did attend. DPRP's Jan Buddenberg reports on the second part of the festival. 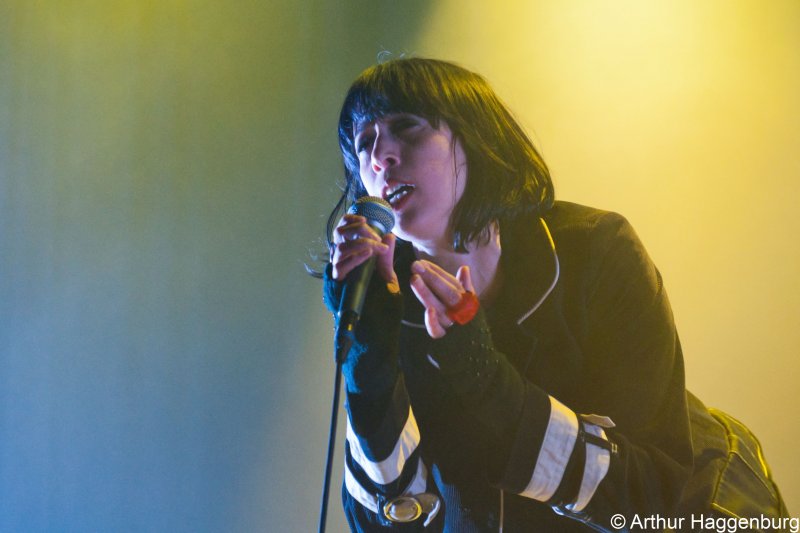 Right after the clinics given by band members of Hekz, Moonparticle, and Kyros, a small crowd had gathered to witness the performance of Nico Tsonev’s Moonparticle.

Having just released his album last year this was to be his first visit to Holland with a newly formed band consisting of three additional virtuous players and a female vocalist. Initially they started with two adventurous jazz rock fusion tracks, occasionally reminding me of Semantic Saturation.

With Tsonev’s guitar sound perfectly in the mix these first few melodic tracks flew by, full of power and evidently with much more gusto than on the studio versions. With the entrance of Ms Belle Scar the music changed a little bit to more rock orientated tracks, which she sang with a strong slightly hoarse voice. 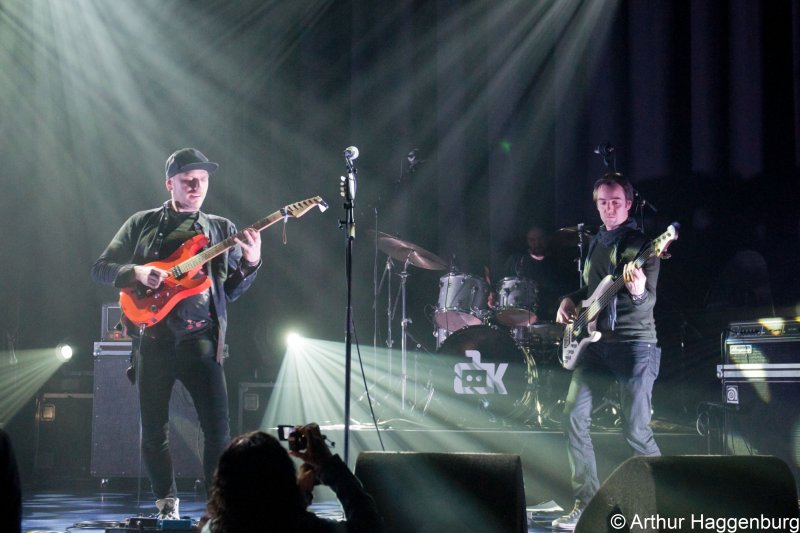 Especially on the more bluesy ballad like tracks this worked marvellously and her theatrical performance brought drama and liveliness to the otherwise static presence of the instrumental foursome.

Tsonev (Ex-Lifesigns) produced lots of progressive touches from his guitar, mostly through the use of emulators, thereby effectively keeping it fresh, appealing and diverse while successfully managing to save the best for last. Polystar featured a lovely virtuous bass, drum jam spicing things up nicely for their best track of the evening, White Light. Based on solid Rush-sounding riffs, a delicious jazzy fusion prog metal track unfolded with sudden sensitive changes and lots of divine touches on guitar. A good way to start a proggy evening.

Shortly after, the organizers' favourite band of the evening Hekz followed, and judging from the first reactions of the crowd, having reached a maximum of probably 75 people, he wasn’t alone in this. And rightfully so, for this turned out to be the surprise of the evening. 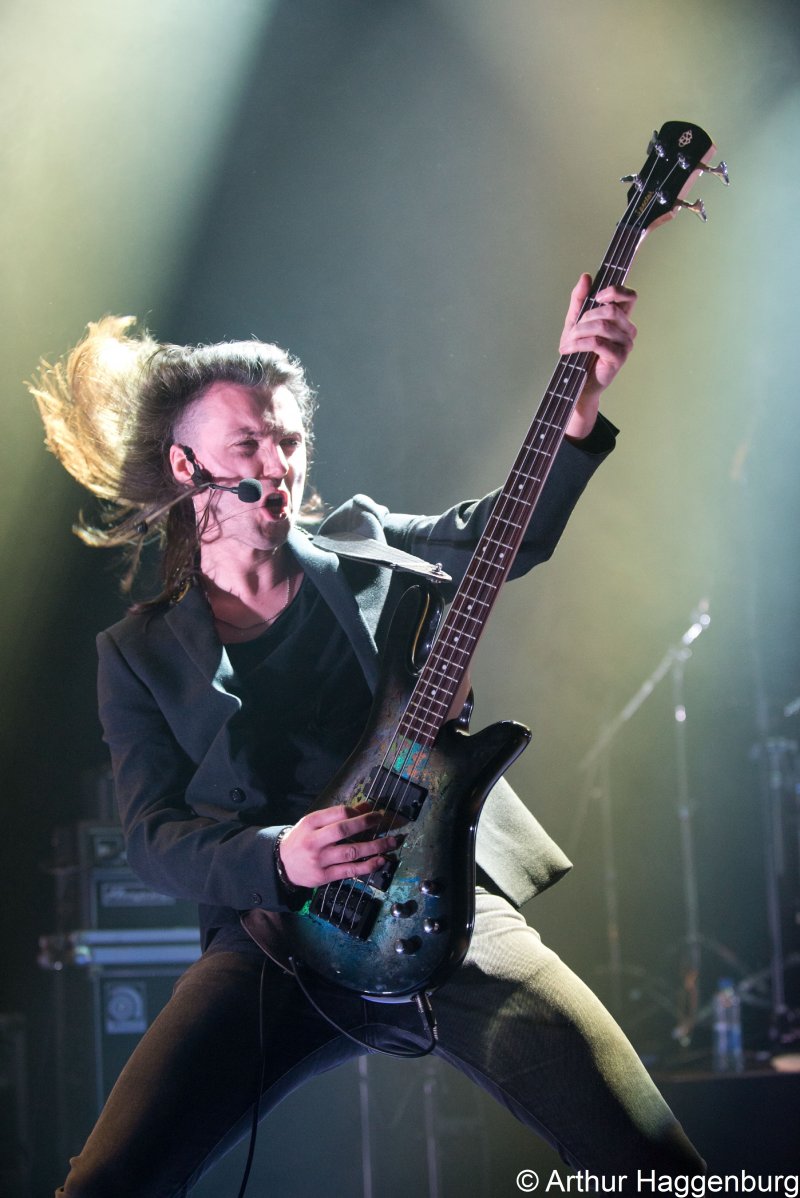 Although merely swiftly aware of their music, it didn’t take long to fully appreciate it. With the entertaining and engaging Matt Young upfront they delivered a forceful set of fine versatile prog metal with lots of catchy melodies, odd time signatures and passion.

Technically strong performances from both guitarists lifted the mood amongst the crowd and every so often the comparison to Thin Lizzy came up to me, not just from the stage presence of Young. 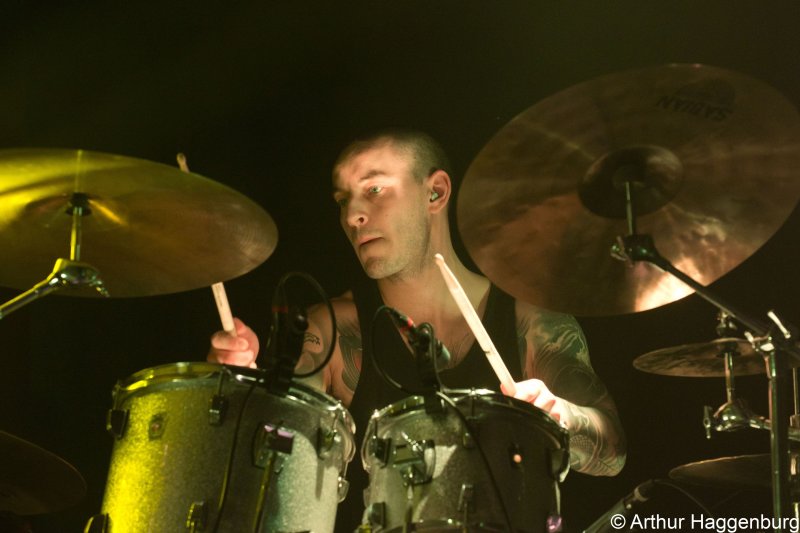 Playful keyboards added symphonic layers and thorough drumming drove the superb tracks forward, reminiscent of Uriah Heep, Deep Purple, Iron Maiden and Rush. They didn’t shy away from some excellent daring prog-metal like Haken, and if that wasn’t enough, vocals by Young soared high and tuneful making this a memorable, albeit shortened gig.

Sparing my friends some time to search for presents to my upcoming birthday I took the liberty of indulging myself into the complete package of merchandise. Till next time for sure.

Last act of the evening, IO Earth, had their work cut out for them to top this performance, which they certainly tried. Judging from the audience’s reactions, they succeeded. 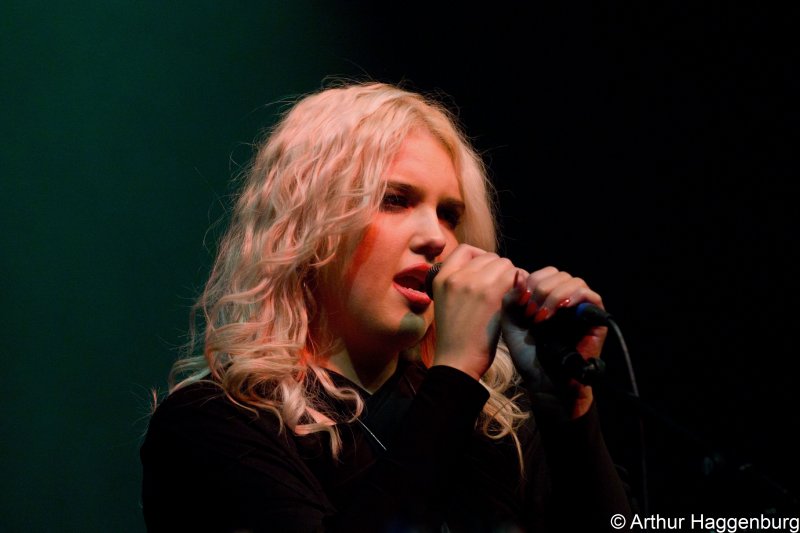 The crowd, thinned to approximately 40 die-hard fans, got exactly what they came for. Opening with melancholic progressive rock the clear enchanting vocals by Rosanna Lefevre immediately grasped and the metal intermezzo and sheer dedicated professionalism exhibited by all musicians ensured full attention.

Playful violin (always an admirable instrument) and accentuating flute worked like a charm in the quiet passages, which alternated with bombastic tight and up-tempo prog. The gothic and folk influences carried their broad sound further, highlighted by excellent guitarwork by Dave Cureton, especially noteworthy in New World.

With a melancholic symphonic grandeur sound they continued, to be perfected in Hold On, which had a full-on overwhelming drive with dynamic prog suddenly transforming into beautiful serene silence. Breakdown solidified their performance with some expertly shredding on guitar to be followed by Optima Forma neo prog (Pallas-style) and concluded by a folk inspired track. 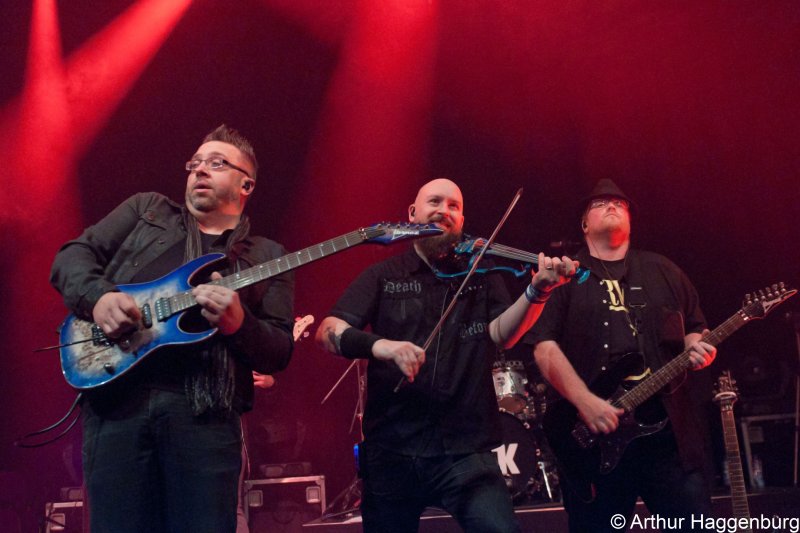 Cureton, having learned a lot of Dutch words by now, thanked the handful of fans still present and wholly committed the collective ended on a high with Find A Way, which flowed forward and backwards from intense to intricate and proved to be a soothing ending to a tight set.

In hindsight a great festival with a wonderful variety of music and an overall good to superb sound. With a café, nice food and easy accessibility to the venue it amazes me why there weren’t more people present.

All that plus the bands and relaxed atmosphere all around should have accounted for many more and I sincerely hope that Mr. Bowler Music Agency continues organising festivals like this at Duycker.

For what I picked up during the evening is that the ones who were present had a marvellous time, as did I. Chapeau.