After a few smaller-scale festivals focusing on progressive and prog metal bands, Poppodium Duycker in Hoofddorp, just south of Amsterdam and close to Schiphol, was now boosting a festival with no less than seven bands from several prog rock sub-genres. The large hall (they have a small one, too) is comparable to the Melkweg Upstairs (Amsterdam): they can both hold a few hundred people, has good acoustics (built for music instead of an older remodeled building), good sound, great crew, friendly people.

Mr. Bowler Music Agency is a small Dutch company focusing on promotion of relatively new bands. The goal is the same as why DPRP.net was founded: help spreading the word for lesser-known bands.

Together, they have organised a festival in a time where it seemed to get harder and harder for bands to get gigs, in a time it looks like prog bands only appear in De Boerderij but are not allowed to play anywhere else in a rather large vicinity around Zoetermeer. I think it's a brave step to start a festival near Amsterdam and give more bands the opportunity to play a gig. I hope many editions will follow.

Opening a festival always has its drawbacks. First, not everyone has arrived yet, especially with seven bands playing and you're on at 14:30h. Second, the sound is not in a good mix yet, both inside the venue and on stage. Being the seasoned and experienced musicians this new band comprises, they played unaffected by this and delivered a great set.

I went to Duycker especially to see these guys, but there were a lot of people who didn't know them yet. From several people I talked to afterwards, I know they managed to surprise people in a positive way, and those people were fans (and musicians too) in different sub-genres of prog, even prog metal. It's great to see they can reach a broad range of musical tastes. 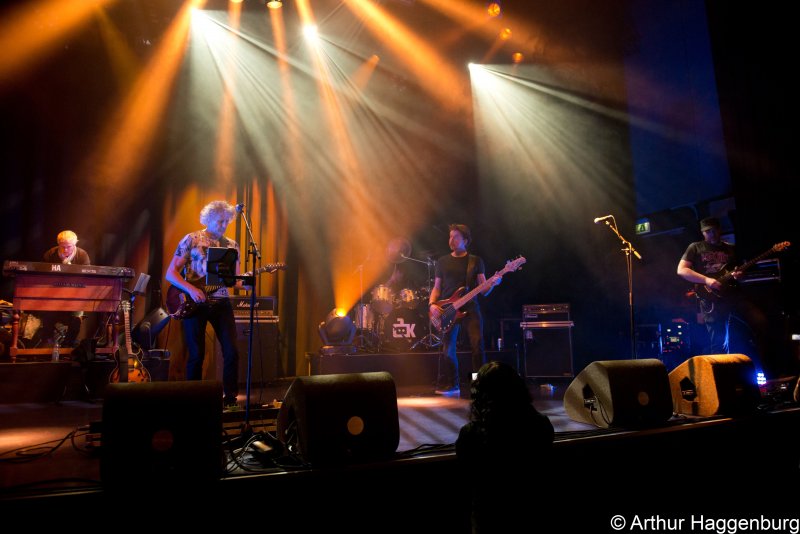 Their album opener 37 Part I is an excellent set opener as well - roaring Hammond with powerful prog riffs leading you into the melodic feast that is Milky Way Gas Station. An un-prog-like voice (Rob Ijpelaan) in which you hear the experience and heartfelt honesty of the lyrics. Dual guitar lines and some solos by Niels Hoppe who can play a prog metal solo just as easy as a blues solo.

Creative drumming by drummer Harald Veenker. Boudewijn Geels recently joined but has a lot of previous experience playing in bands, and looked like he belonged there since the beginning. JP Bast was a guest on the album and at their first gig and album presentation, but I was very pleased when I heard he joined the band. My hearing agrees completely with his playing. And together, these guys just make a great combination of very melodic prog music played from the heart, just how I like it. 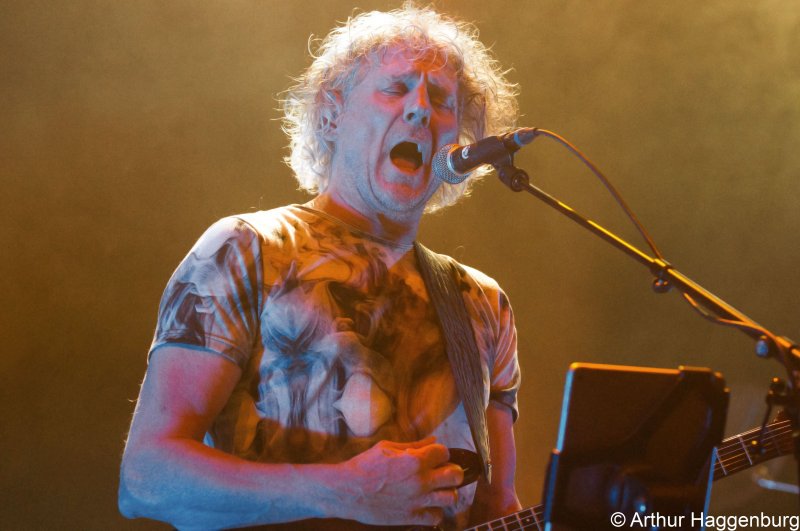 Playing a selection of songs off their first album (their second is in the making), I think they made a nice mix of powerful songs, a bit quieter like the beautiful 37 Part II, and the longer Moon Phases, portraying all ingredients this band has to offer in a relatively short set. Hope to be able to catch them again soon!

This band from The Hague are also working on their second album. I saw their debut album being submitted for a review on DPRP and remember them for the artwork, special packaging and promotion. So I was looking forward to seeing The Dame here. 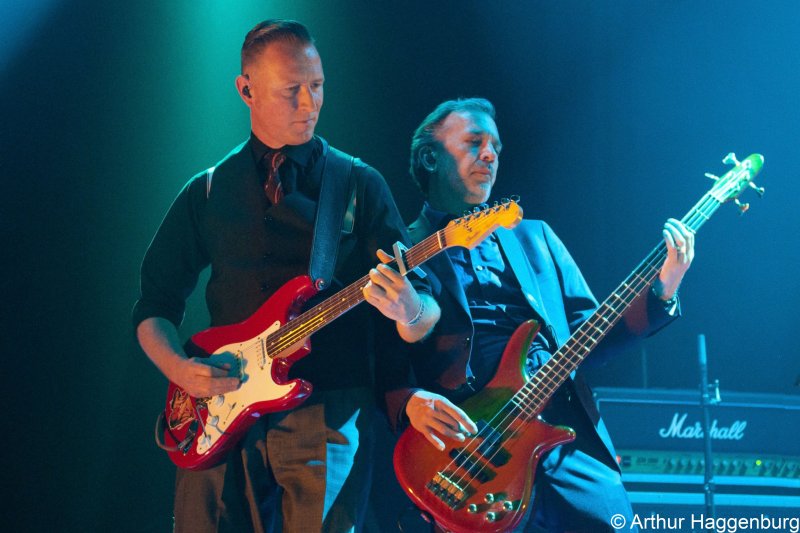 "Prog made sexy" is what they call it themselves. Men in suits and a lady at the front carrying a Gibson guitar. Not your every day prog band, I'd say. But for people like me it's all about the music of course. Although this band is a bit further from my musical taste, I did enjoy the set and was surprised by especially the guitar player.

The singer is chatty, making a connection with the audience, and she has a good voice. More rock voice than typical prog, to be honest, that's a good thing.

There were some people in the audience that were obviously there for The Dame. A good thing.

With Unfazed they gave the audience a taster of their new album. 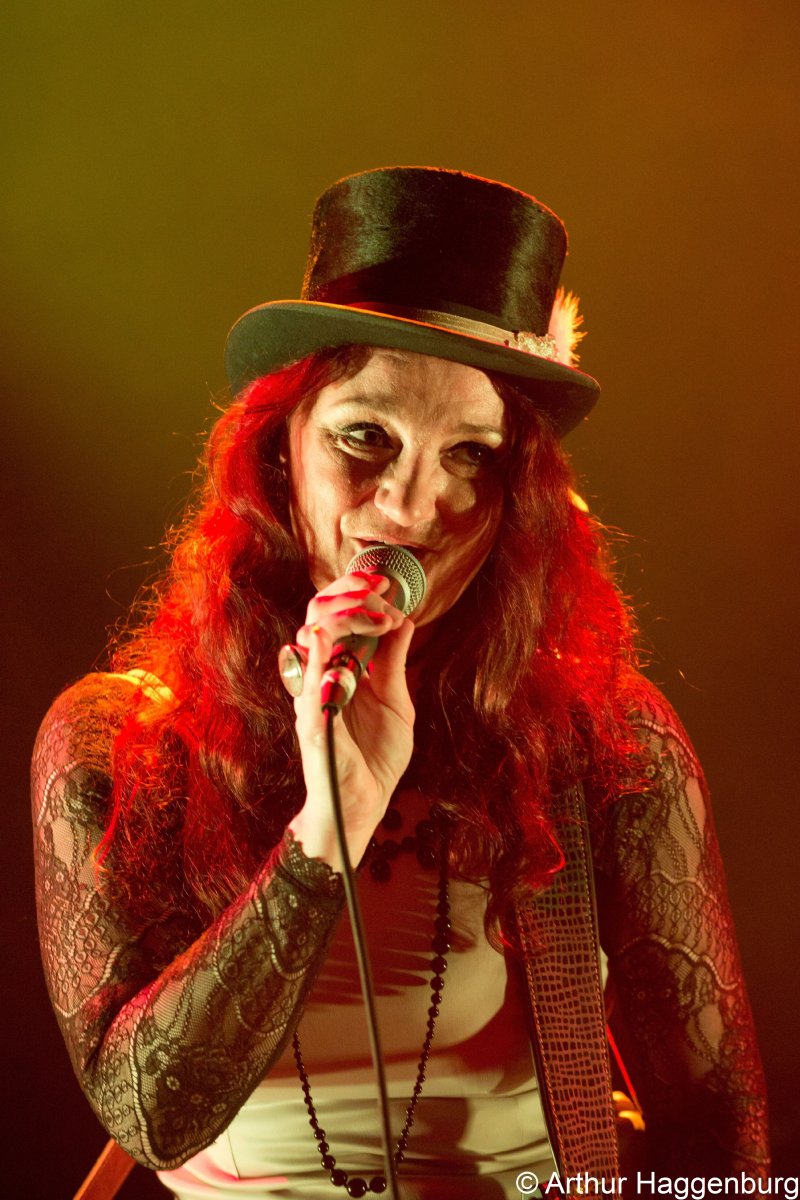