In Spain we have a proverb that says something like "when the river sounds, water is running". The right translation could be, "where there’s smoke, there’s fire", but in this case, trust me, because it's a river and it's full of good things. Dry River are a Spanish band who are getting bigger and bigger album after album and last Saturday they went to the beautiful city of Bilbao to play their last concert of their Spanish tour and give the audience the perfect mix of progressive rock, pop, AOR, and much more. Even before the show, everyone was sure that it was going to be a great night and you could feel it in the air. Progressive rock fanatics, some metalheads and families with children wearing T-shirts from the band were ready to check how these guys from Castellón have become one of the most respected bands in Spain. 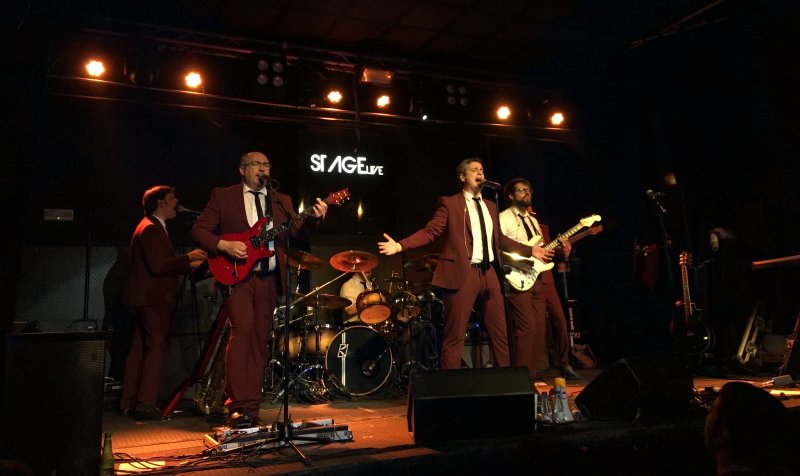 The show started with Perder el norte, the opening track of their latest album, simply called 2038. A great keyboard intro giving way to a seven-minute song that includes all that you can expect from Dry River. Great compositions, perfect arrangements, and good vibes. Not easy to find these days. Fundido a negro sounds like a hymn and got the whole audience singing and shouting. The execution was just perfect and so was the sound.

Honestly, I don’t know how to describe Rómpelo, the third song they played, and I don’t care, really! Maybe some funky, jazz, Mr Big influences as they say. Whatever, it's a complex song with and amazing chorus, perfect to play live and let the audience sing and dance. And since we were already dancing, Con la música a otra parte, the last track of their last album, brings more rock and roll, Beatles and perfect guitar playing.

At this point everyone was freaking out with the show. Then Me pone a cien started with its disco clapping intro. In a live setting, this is truly amazing. The band are trying to make a commercial song and the lyrics about how they cannot do that. Then pour in some jazz, prog, pop, disco, heavy, latin and you know why. The mix is great!

Time for some rocking with and instant classic like Camino, with all of us shouting and playing our air guitars. Have I already said something about how well they performed? Technically, Dry River are perfect but they don’t care, they focus on the songs, so the songs are perfect. 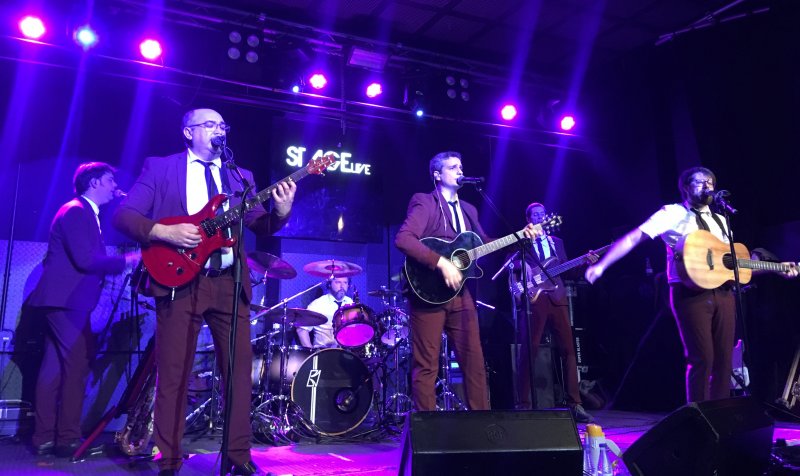 Some time to relax, for the audience and the band, with Cautivos. This is an acoustic song with a fabulous piano ending. Peán is one their longest tracks and a progressive rock gem with more than ten minutes of changes and a classic grand finale. One of my favourites of their latest album.

What to say about Me va a faltar el aire? It's the single off the album, some kind of ballad. To me, on the album it's already a perfect song and you cannot imagine how it sounded live if you haven't witnessed them on stage. It was too big for that venue; it needed a stadium! Everybody singing really loud. It was so amazing that even the security guard told us later that he left the door open because he really liked what he was hearing.

If you know the band you know Dry River love Queen. They played Bohemian Rhapsody. Yes, you read that right, and they just nailed it! Amazing combined vocals and the audience is now totally losing their minds. La llave del sol was the calm before the storm, a beautiful song before Irresistible gets loose, an audience favourite, perfect for a live performance. Some kind of AOR composition made for dance. The band has two friends appearing on stage, not playing any instrument but to the teach the audience how to dance. Really funny. 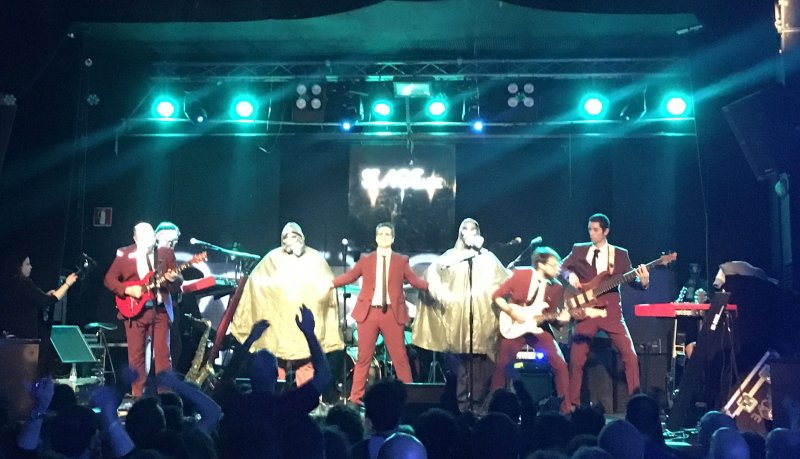 Final song Traspasa mi piel is one of the singles off their previous album and a perfect way to end the show. It had the audience singing a capella at the end.

You can tell from my writing that I was very enthusiastic about this show, and I can tell you I was not the only one. You only needed to see people's faces when the lights went on, It was really funny and that is what it is all about, isn't it?