An Ayreon live show is a huge event. Events, in this case. DPRP's Menno von Brucken Fock attended the Dress Rehearsal and one of the shows and reports and has some wonderful photos to give you an idea of the visuals. 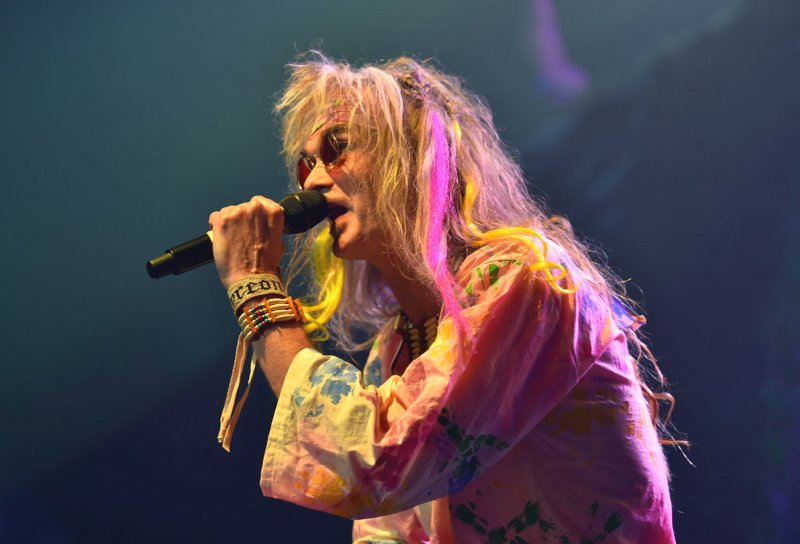 How Electric Castle Live came about

Arjen Anthony Lucassen is without any doubt Netherlands' most accomplished (heavy) prog artist. With his rock-operas he made himself a name throughout the world and he's got fans all around the globe. After the success of Ayreon Universe he had a slip of the tongue when he promised producer / keyboard wizard / composer Joost van den Broek (ex-After Forever) to "do it again sometime".

Well, that opportunity came perhaps sooner than Arjen expected, when record label Mascot shared their plan with Arjen to re-release Into The Electric Castle on vinyl. Arjen immediately came up with the idea to something extra for the fans - he didn't like the idea of "just putting the original album again". 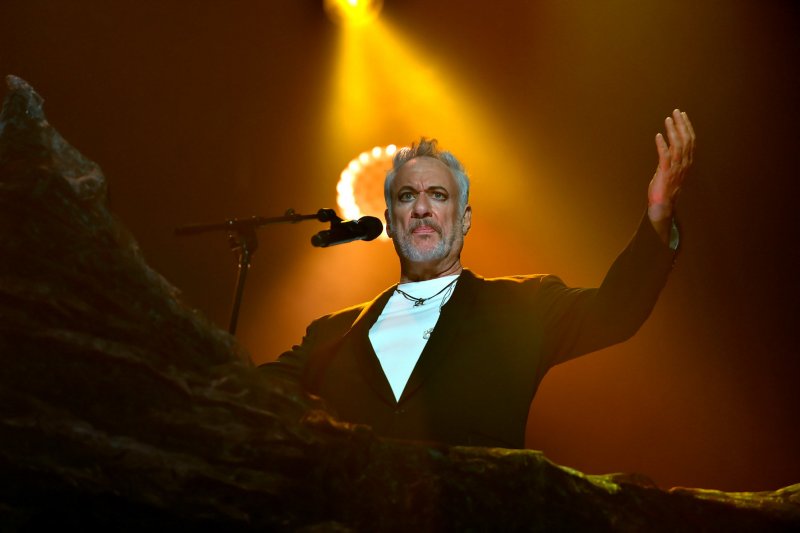 Arjen worked on the music and started to contact as many singers and instrumentalists who performed on the original album as possible. Joost van den Broek began to put together a formidable live band and started working on arrangements, stage set and so on. Marketing people got involved and when the first two shows that were scheduled early on sold out within the hour, more shows were added and the plan was conceived to turn Tilburg into "Ayreon City" the weekend of 13 – 15 September. 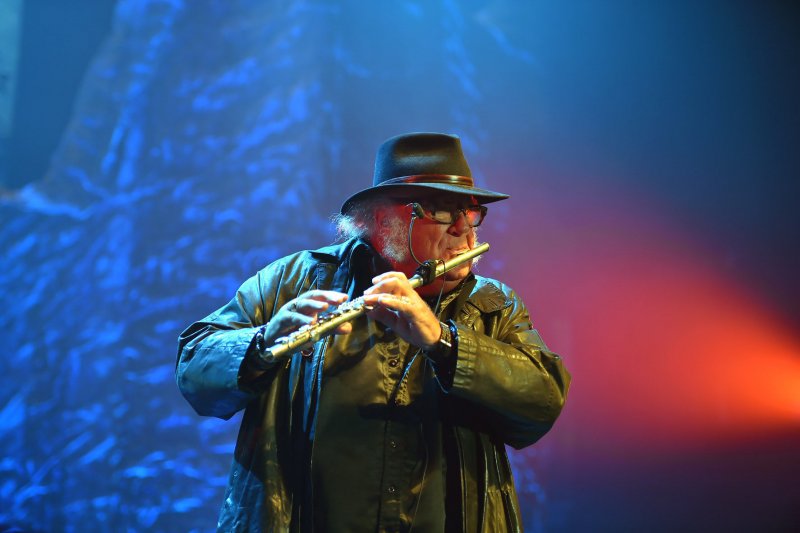 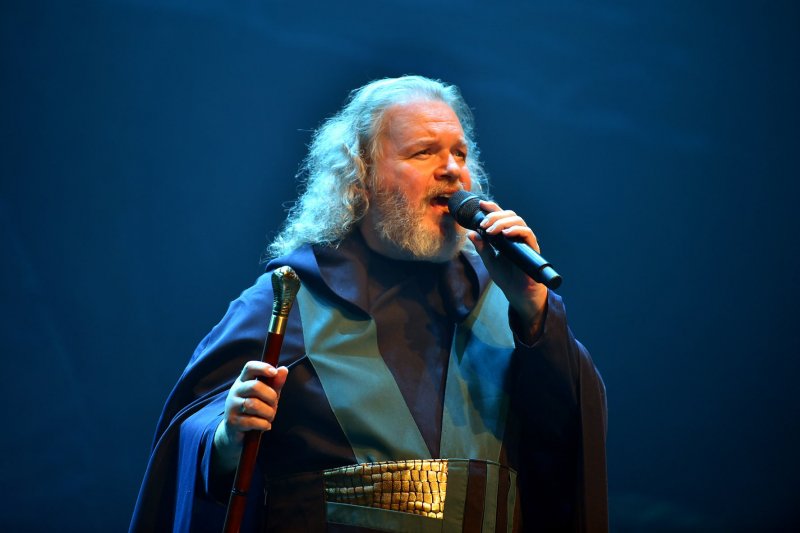 The 'Dress Rehearsal' On Thursday, September 12

As for the so called "dress rehearsal" itself: what a brilliant and unique event! Can you name one artist who invites a selection of journalists, friends and big fans of for a special try-out? Which renowned artist allows photographers to photograph the whole show? None, to my knowledge. Arjen obviously values his relations and loyal friends and this was the ultimate way to show his appreciation for all the people who supported him through the years, many of them from the very start of his career. 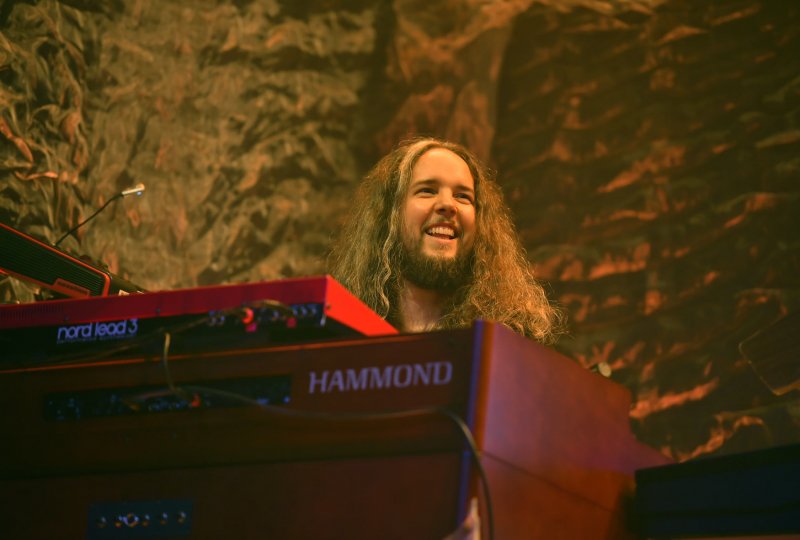 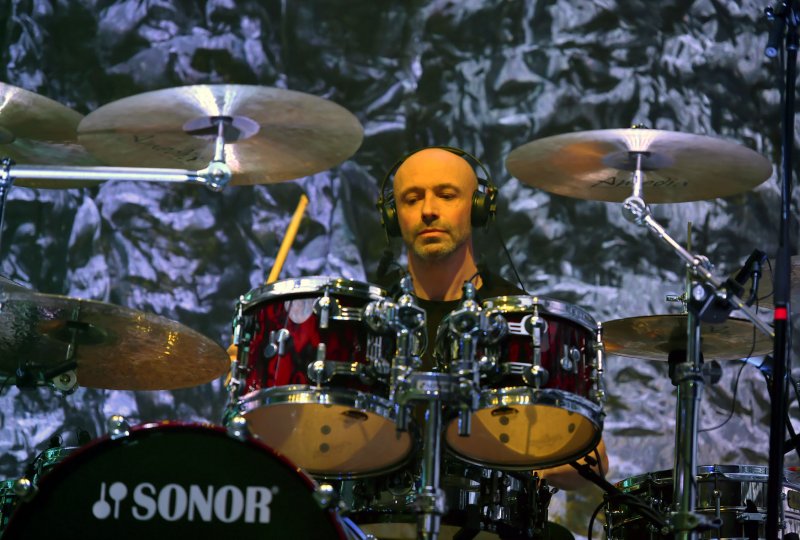 Before this rehearsal, Arjen was invited to the stage and was awarded with a special 'achievement award' from the Tilburg community, because the shows would draw 12,000 people to Tilburg in one weekend. 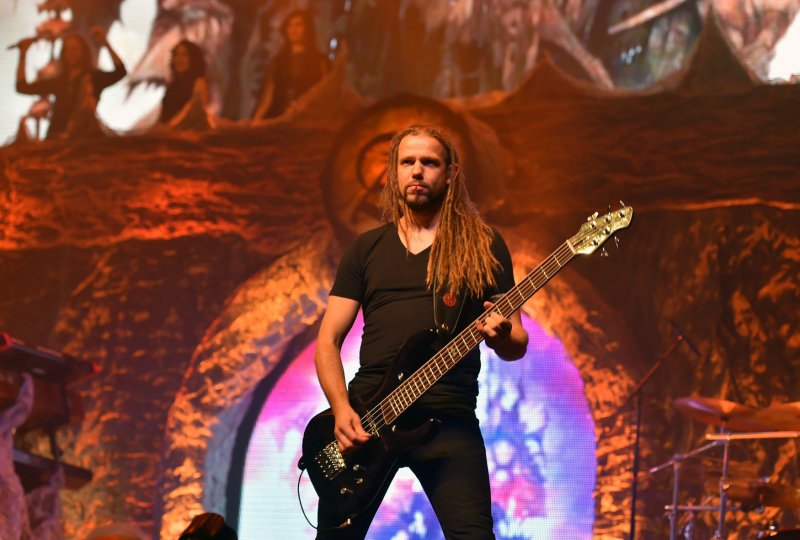 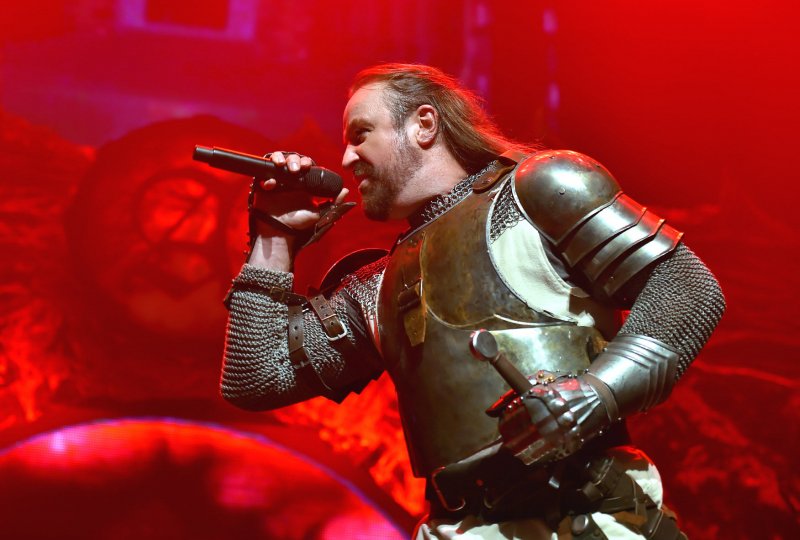 So what just a few hundred guests saw was breath-taking: the whole show by the complete cast in a sort of private setting. Fabulous sound, impressive screens with moving images from Bertels and a stage set as one can only see with the greater acts around, like compatriots Within Temptation! Lucassen managed to get Star Trek icon John de Lancie (who played Q in Star Trek) to come over to the Netherlands to play the role of Forever. De Lancie proved to be an absolute asset to the show. With his clear voice and excellent pronunciation, one could understand every word he spoke and not only did he do a fantastic job, his way of storytelling and all his extended lyrical contributions made the story really come to life. 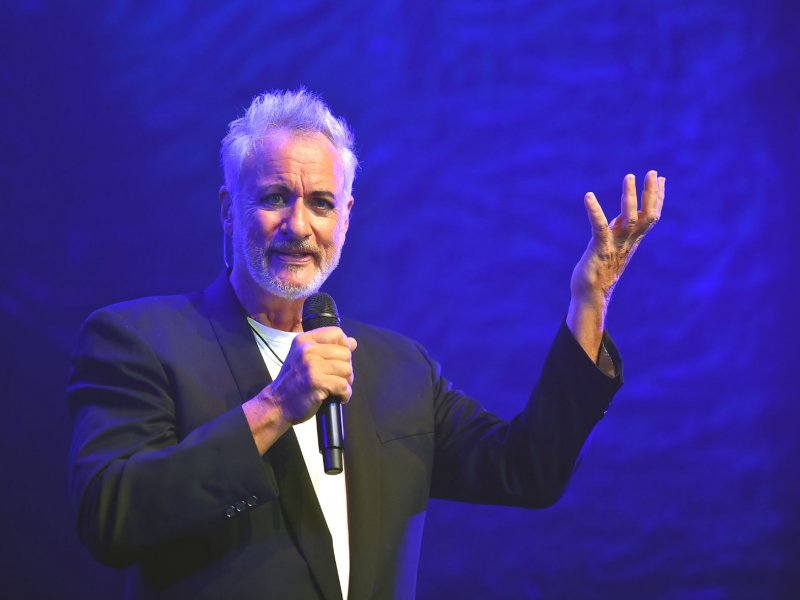 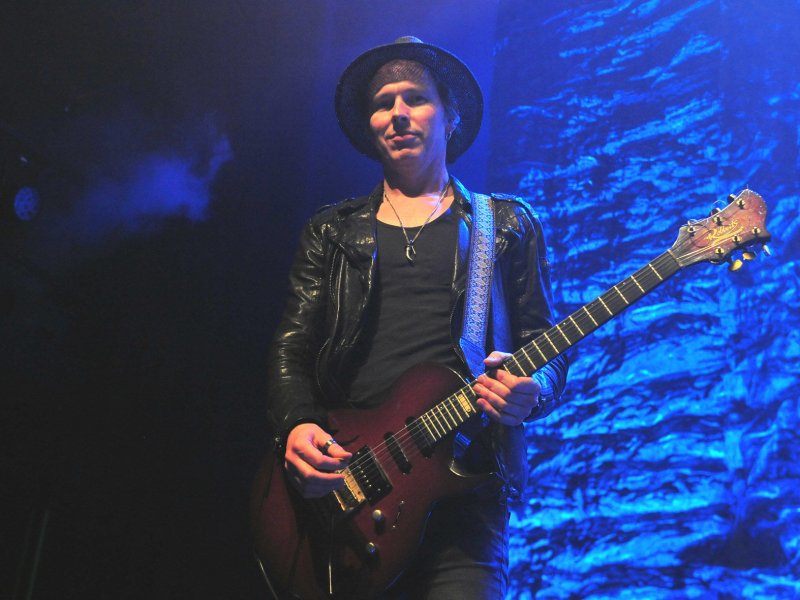 Obviously not every artist that participated over 20 years ago was available for these shows but their replacements were all extremely competent. Simone Simons (Epica) took over Sharon den Adel's role as the Indian and John JayCee Cuijpers sang Jay van Feggelen's role as the Barbarian. All other original vocalists from some 20 years ago were on stage: Fish as the Highlander, Anneke van Giersbergen as the Egyptian, Edwin Balogh as the Roman, Damian Wilson as the Knight, Edwin Reekers as the Futureman and of course Arjen himself as the Hippie. From the original instrumentalists, Focus icon Thijs van Leer was on stage as well as drummer Ed Warby, and Robby Valentine on grand piano.

Many thanks for Arjen and crew to 'have us' on this special evening. Unforgettable! 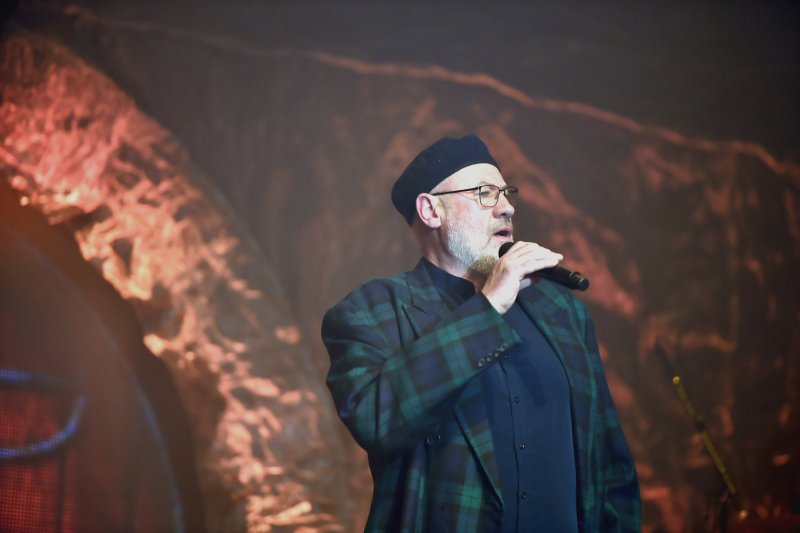 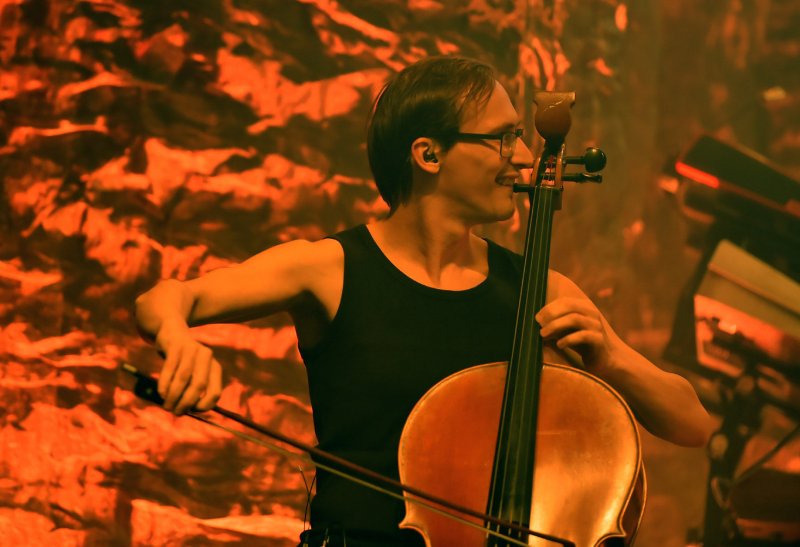 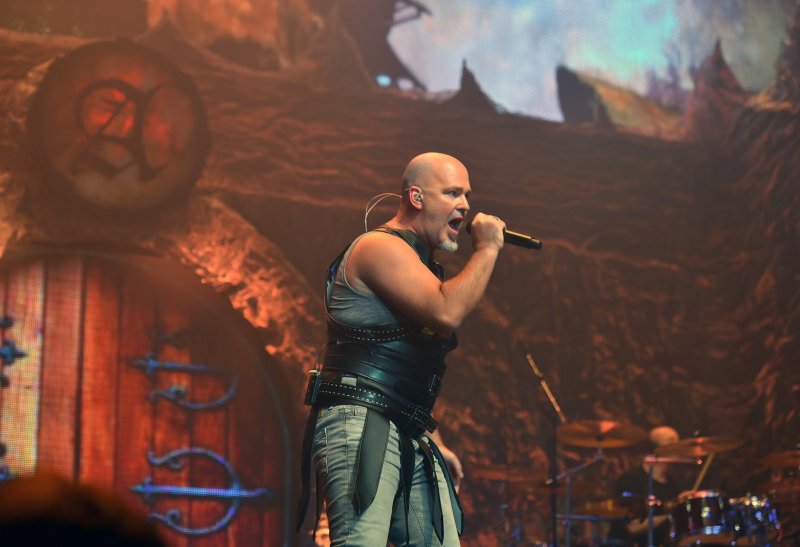 The Performance On Saturday, September 14

A sold out venue, as were all shows. People from no less than 64 countries!

The fans from all over the world got what they deserved: a spectacular rock-event. At the end only one questions remained: can it get any better than this?

The towers on stage, background vocalists on a bridge, spectacular light show, brilliant graphics by (if I recall correctly) a Chilean artist who uses a technique to make static images come to life, a 'gate' allowing artists to enter the stage... Attention to every detail. The musicians dressed in black, the vocalists in costumes matching their respective roles. Great performances by both instrumentalists as all vocalists. Of course Fish has got a different voice compared to 20 years ago so in his case there had to be some adjustments made. Balogh, Reekers, Wilson, Oosthoek and Arjen himself delivered great renditions of all songs.

Anneke van Giersbergen and Damian Wilson really stole the show, and they obviously were audience favourites. JayCee Cuijpers seemed to be a little less-known by the many but nonetheless he did extraordinary well. Nice playing by Focus legend Thijs van Leer and a stunning solo by Robby Valentine on his grand piano were just a few of the many cherries on the delicious cake. 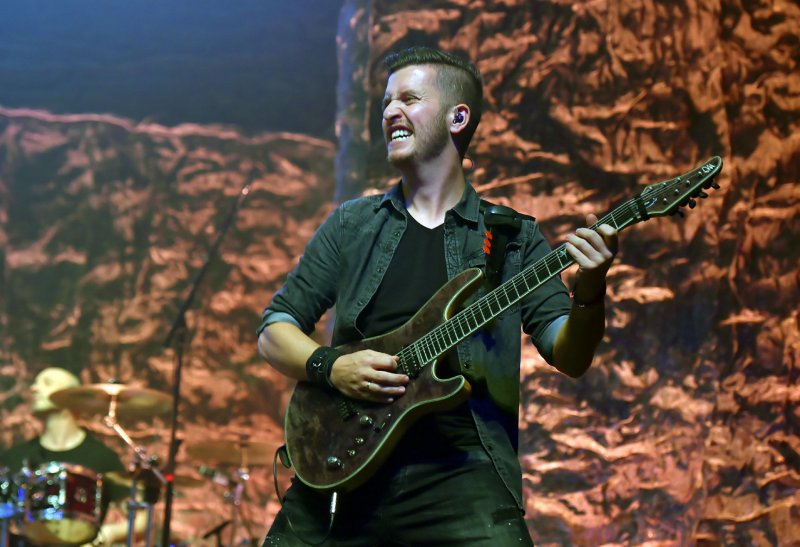 Marcel Singor also proved to be a great choice, his lead guitar solos were awesome. A huge compliment for Joost van den Broek, who not only proved to be a great arranger, organiser and stage-director, but an extraordinary keyboard player as well. This multi-tasking gentleman has got an awful lot of talent!

After the songs from the album Into The Electric Castle there was a special announcement by TH-1 (Michael Mills from Toehider) from the big screen. "Stay tuned, there are some other tales to tell”: The Gentle Storm was highlighted by Anneke van Giersbergen with the track Shores Of India, Ashes from Ambeon was sung by Simone Simons, Marcela Bovio delivered Out In The Real World (Stream Of Passion), and Damian Wilson sang Twisted Coil from The Guilt Machine. Damina's performance was amazingly good. One could contemplate why 'next door neighbour' Jasper Steverlinck wasn't performing this song himself, but I liked Damian's interpretation very much.

Maestro A.A. Lucassen himself paid tribute to one of his heroes through a recorded introduction by movie-star Rutger Hauer and also to his musical sources of inspiration: The Beatles, Pink Floyd, Deep Purple and Led Zeppelin through the song Pink Beatles In A Purple Zeppelin from his solo-album Lost In The New Real. 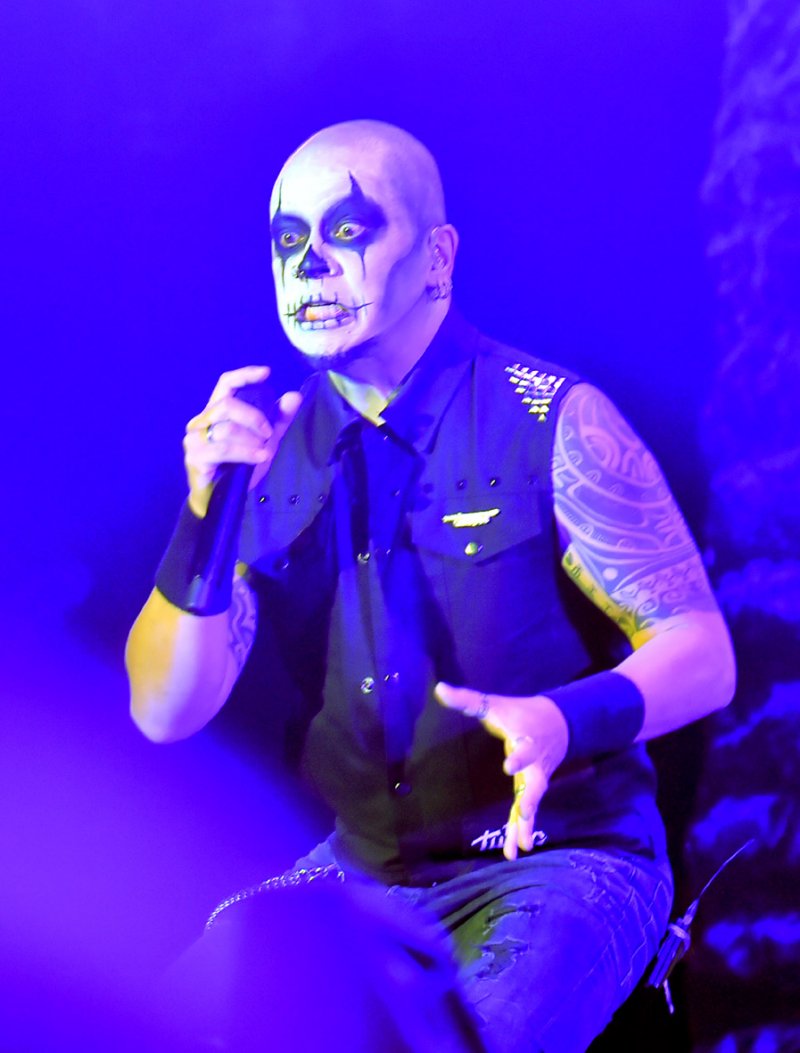 As an encore, another of his side-projects, Star One got a mention with Songs Of The Ocean, ending with the whole cast on stage and a lead vocal performed by Robert Soeterboek, who had a bit of a problem with the very low notes. In between these "other tales", Fish performed his biggest Marillion hit Kayleigh.

Overall the atmosphere was fantastic, the sound was great, the mix was excellent – the instruments were beautifully balanced. My impression was that the volume of the sound on Thursday was slightly less loud and probably also because of this, brighter and better. Especially the vocals sounded extremely good on the Thursday, while on the Saturday the vocals were just a little too loud. 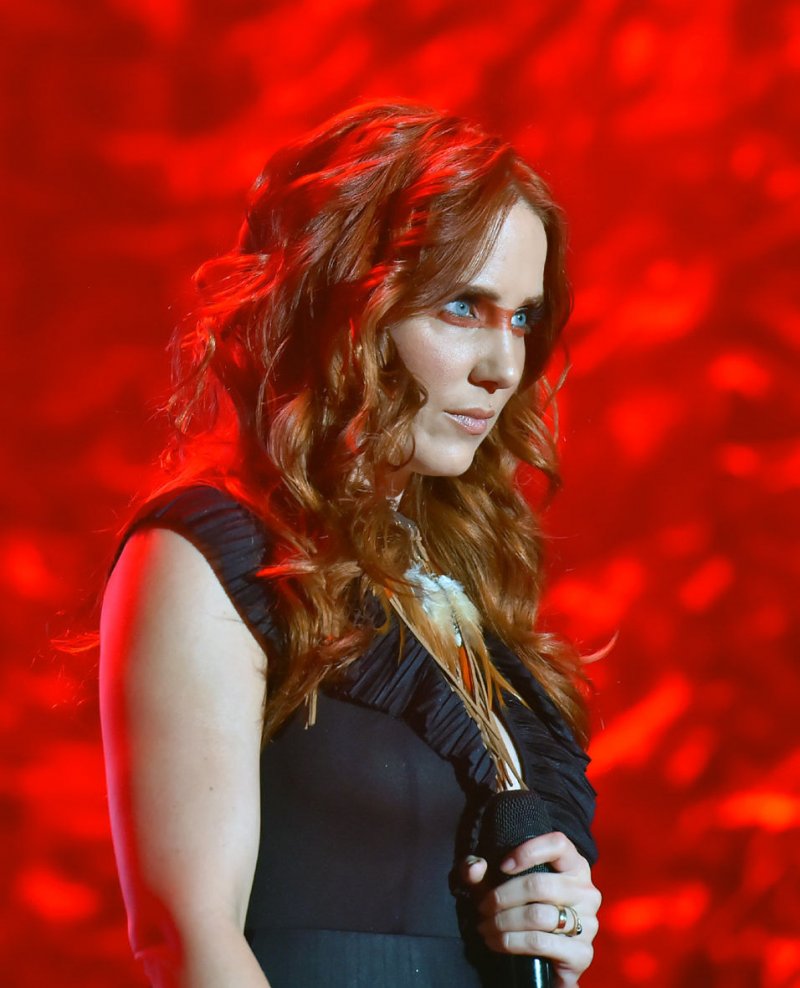 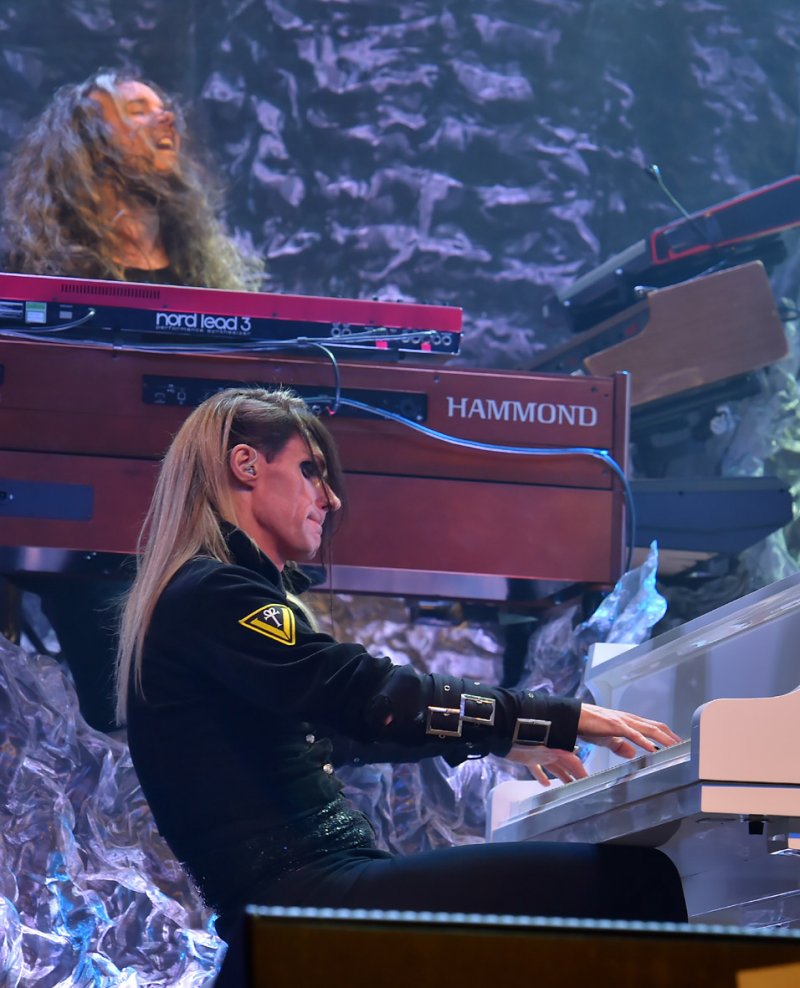 Both shows on the Sunday were filmed. Perhaps something will come out for all the fans who want to relive this show? More importantly, for all those who could not attend! It's said there will be a DVD/Blu-ray and probably a lavish box set too in 2020.

Absolutely my number 1 concert for 2019!

Into The Electric Castle Welcome To the New Dimension Isis And Osiris Amazing Flight Time Beyond Time The Decision Tree (We're Alive) Tunnel Of Light Across The Rainbow Bridge The Garden Of Emotions Valley of the Queens The Castle Hall Tower Of Hope Cosmic Fusion The Mirror Maze (with Robby Valentine) Evil Devolution The Two Gates "Forever" Of The Stars Another Time, Another Space

Songs of the Ocean (with Robert Soeterboek) 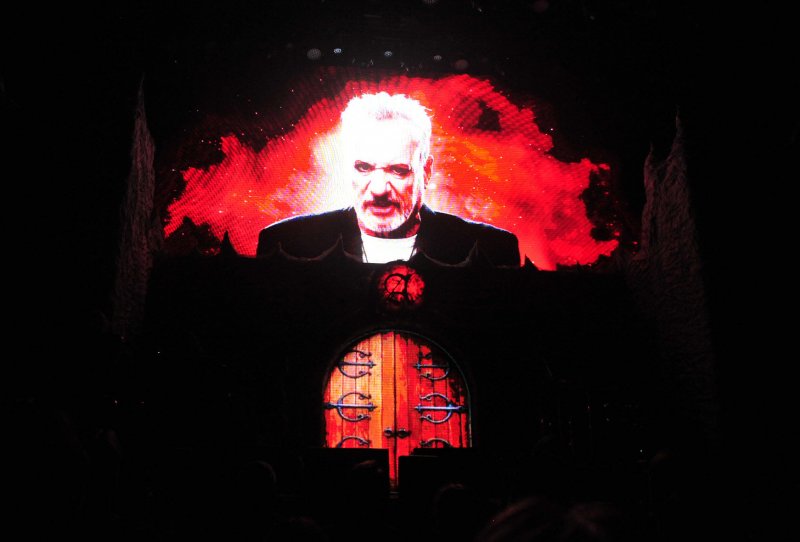