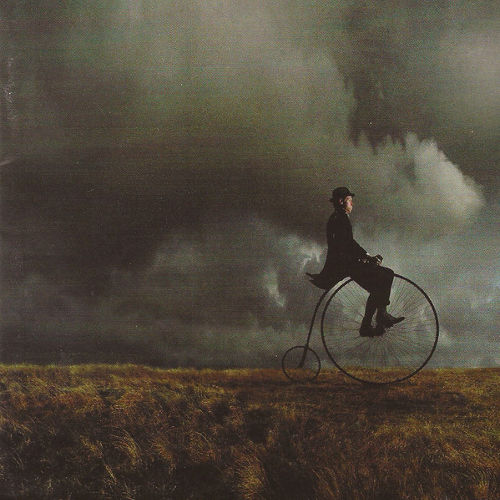 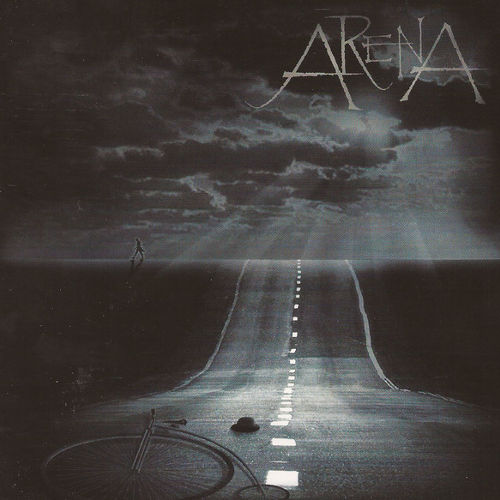 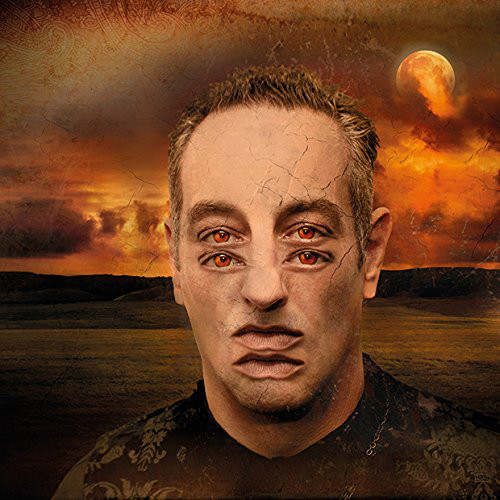 Hoping to arrive on time, but not too early, I got to the car park I had identified as close to the venue, but most reasonably priced at 8 PM. Heading to what Google Maps had identified as the location of the Academy venue, it quickly became apparent that this was not a concert venue, but the University library. This was enough to begin to raise pangs of anxiety in someone who can’t cope with uncertainty very well.

Trusting in Google enough to be confident myself and my wife were in the right area, I eventually noticed a concrete edifice of a building across the road and could vaguely make out the unlit words “Academy” on the front.

Making our way across to the building we circumnavigated the building on two occasions before asking a much younger couple looking equally lost where the venue was. They asked whether we were here to see Ziggy Alberts? Well. I must have looked equally puzzled as the young couple when I said we were looking for the Arena concert. Oh, the musical diversity of the ages became apparent at that moment.

Eventually I managed to locate a faintly written note stuck to a door, advising the Ziggy and Arena concert was sin the Student Building next door.

For anyone going to the Academy in future, please be aware this is the hardest concert venue I have had to find, and as any fan of Prog music knows we have to venture to some strange places to see the music we love.

In a total panic we managed to find the room where Arena where performing located on the third floor of the building.

A visit to the merchandise stand located on the landing I bought myself the new tour T-shirt, a very appreciated nostalgic nod to the Paul Wrightson era, with the front of the shirt having just the lion claw strikes across the front, the same as Paul wore during the Pride tour if my Arena history is correct. I also acquired a Mick Pointer signature drum stick, I just can’t help being a fan boy.

The latest Arena tour is in support of both the new album Double Vision but also celebrates the new Revisited boxed set, which contains CDs, DVD, and Blu Ray of a live performance from last year's Visitor 20th Anniversary Tour. I would love to tell you how wonderful this package is but I pre-ordered this from the website when first announced, only to find the pre orders will not be sent out until after the tour has finished.

The stage was very small, and the fan barriers in front of the stage seemed excessive, the sort of thing you would expect at venues expecting a capacity of a few thousand, the venue capacity here is listed as 450.

At exactly 8:30 the lights went down and the old familiar tones of the William Tell Overture came through the speakers. 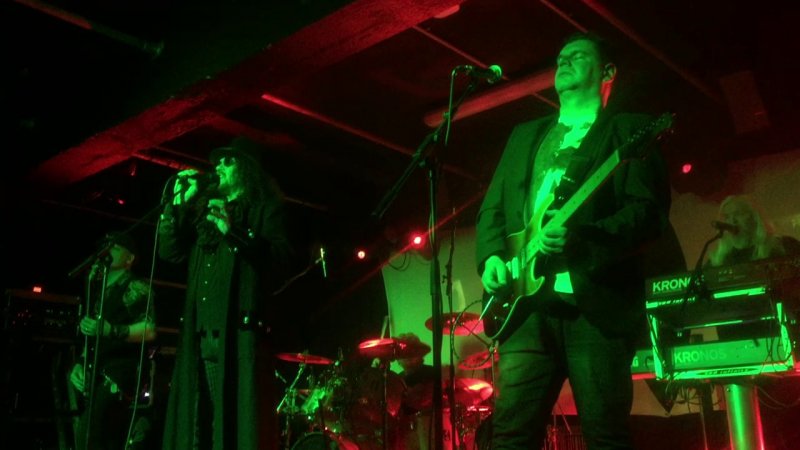 With this being the first night of the tour the band appeared quite apprehensive taking the stage. As the intro tape came to an end the band started with a favorite of mine and most Arena fans, I would imagine: Welcome To The Cage. This seemingly created an appreciative atmosphere for the many Arena fans in the room, I myself must have had a sill grin on my face.

The nervousness of the band lifted quickly, and I really hate to say that Paul Manzi made his only obvious fluff during this first number stumbling over the words. This can be excused as this is I think the first time he has performed this number, even though he has staggeringly been in the band for eight years now.

The rapturous applause at the end of the first number obviously lifted the pressure for the band for most of the concert, but more of that later.

Surprisingly, the next number was a song from the Visitor album, A Crack In The Ice, but then again they are promoting the 20th anniversary box set. Thinking about it now, an Arena performance would not seem complete without this song. I wondered in advance whether they would retire the Visitor songs for this tour, but I am glad they didn’t.

Next was another trip down memory lane with a performance of Chosen from the 2000 album Immortal?. By now the band had relaxed and found their groove. 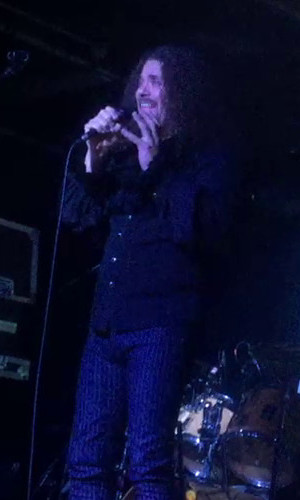 Paul introduced the next two songs by asking whether anyone remembered the concept behind their 2003 album Contagion, to which one reply from the crowd came "zombies!". This led to the band performing Witch Hunt and Skin Game, both wonderful songs delivered with a great deal of passion.

An interesting intro of sound of a market welcomed Bedlam Fayre from the Pepper’s Ghost disc.

One downside to the whole concert, no fault of the band, was the venue's restricted stage size. The back drop visuals were almost impossible to see. A great deal of time must have been spent putting those together. I would love to see them at a venue that did the visuals justice.

Paul excused himself from the stage as he had one of several coat changes to make during the night. Clive Nolan took to the mike to introduce what he admitted now seemed like a mistake in agreeing to perform the 20-plus minute epic The Legend Of Elijah Shade from the latest studio album Double Vision. And so with obvious nervousness, the band, including in the now dapperly dressed Paul Manzi in a retro cyberpunk jacket, the band took its inaugural venture into this epic song. This was 20-odd minutes of pure prog pleasure seeing five masters of their craft delivering a complex and constantly changing musical journey.

My personal high point was towards the end where Clive Nolan displayed why he has been lavished with numerous awards for his keyboard playing when he delivered the solo orchestral section. This left me absolutely stunned. As the closing notes where delivered and all members looked at each other exchanging glances of relief and satisfaction at delivering this masterpiece in what I thought was a faultless performance.

During the concert I could not help but be curious about the small row of illuminated buttons laid in front of bass player Kylan Amos which looked like a small version of the dance mats I remember that connected to Playstation 2’s (other game consoles where and are available). It soon became apparent that this was the technological advancement of the old Moog Bass peddles. Kylan at times danced his way across the board providing the bottom end accompaniment to some of the songs. This was one of the few times Kylan stopped gyrating and jigging during the concert.

The next two songs where from the Double Vision album, both of which were performed on the last tour. The latter saw Mick Pointer leave the stage and Paul pick up his acoustic guitar leading to an emotional delivery of the single from the last album, Poisoned. 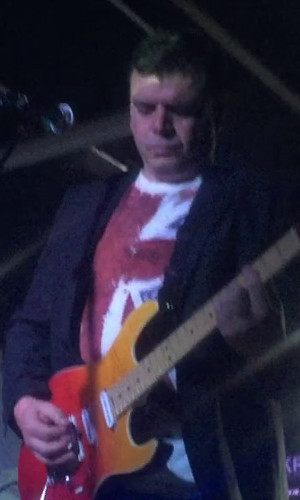 Paul retained his guitar for a surprise return of the stunning Friday’s Dream from the Immortal? Album.

Next came the Tinder Box, during which Mick Pointer proves what a marvelous time keeper he is driving the song towards its dizzying finale.

Paul disappears for another costume. The thumping intro and Paul returning in top hat and shades can only mean one thing: the vampire taking the stage to remind us, (Don’t Forget To) Breathe, delivered with suitable menace.

As Paul disappears to disrobe, Clive introduces the final song of the main set, delving back to the origins of the band, and announcing that original singer John Carson was in the audience. (I managed to have a word with John after the concert along with his son who towers over most people, and both are wonderfully nice, John not having changed at all over the years, and is hoping to get his and his son Adam’s joint new musical endeavours out soon).

A rousing rendition of Solomon closes the set and as the band takes a bow it hopefully proves that Arena can pull a decent sized audience in places they haven’t played in the UK before.

For the encore I was expecting them to go straight into Crying For Help, so I was suitably surprised when the uplifting chords of Enemy Without filled the room. The one person I have yet to mention is John Mitchell. Throughout the night I was constantly stunned by his faultless guitar playing. I am glad that John has stayed with Arena through the years as he is a key member to the Arena sound. With John’s many other successful ventures both on stage and behind the production desk he could easily say he has too much on, but for me his artistry is integral to this wonderful band.

John is allowed to let it rip during the last number, Crying For Help, which was just stunning.

Paul also tries to get the crowd to join in but his vocal ability is far better than almost all of the audience can match, the aforementioned Mr Carson excluded. 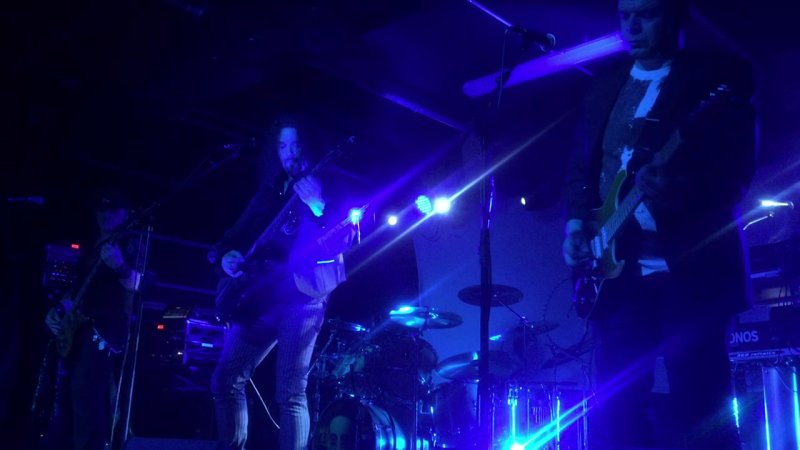 And so ended a wonderful concert. It was a nostalgic trip down memory lane, enhanced by John Carson’s presence at the gig, as well as an honour of being present to witness the first live performance of The Legend Of Elijah Shade.

It was a wonderful night to remember and the stress of finding the venue now a distant memory. Thank you Arena and here’s to many more enjoyable years ahead.

Enemy Without Crying For Help VII